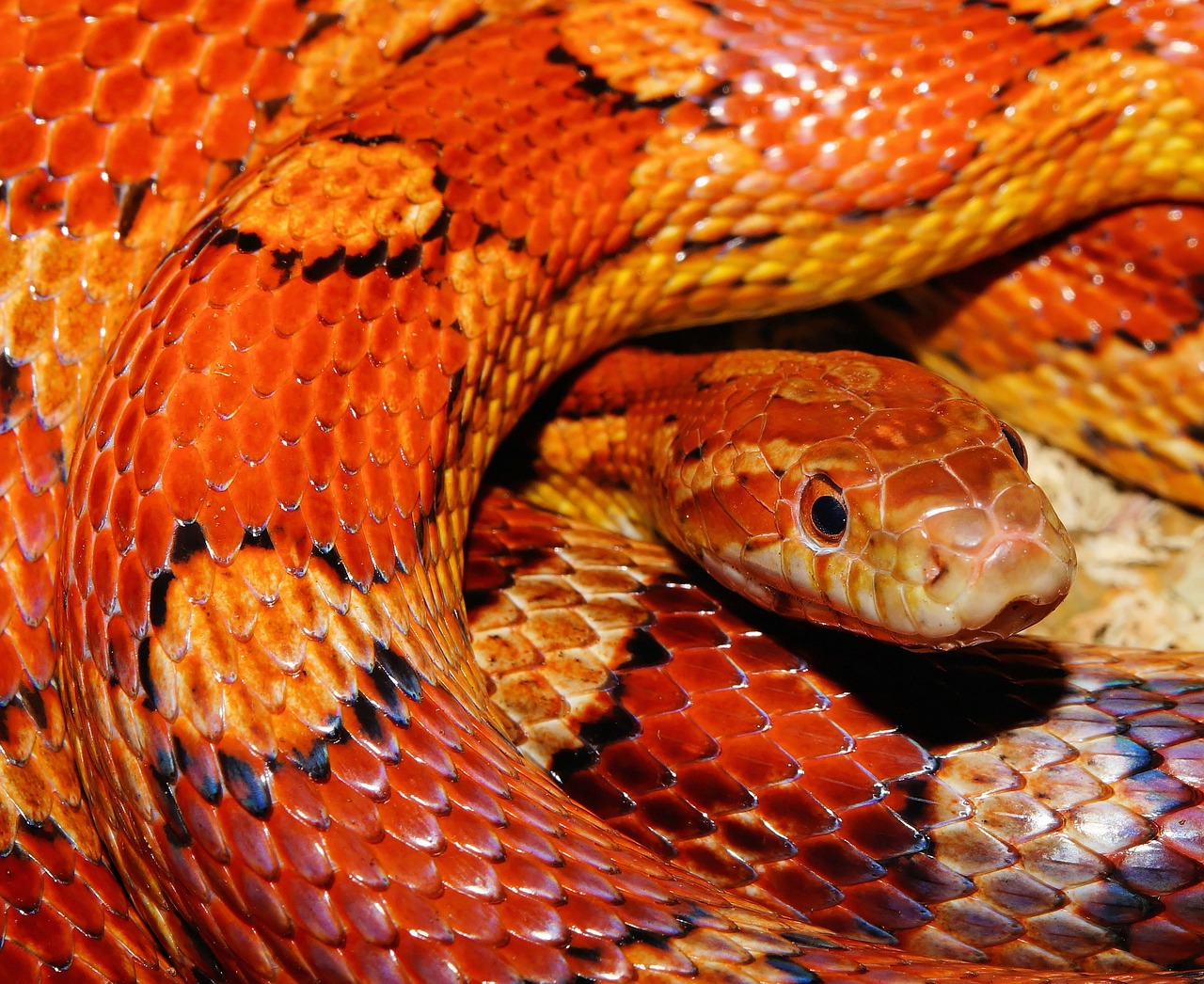 According to the World Health Organization, there are 600 species of venomous snakes, but only 200 that are really dangerous to humans’ lives. Before we dive into the most dangerous snakes on the planet, let’s get our hiss-vocabulary straight.

Snake: limbless scaled reptiles with a long tapering body and with salivary glands often modified to produce venom which is injected through grooved or tubular fangs.

Cobra: venomous Asian and African elapid snakes that when excited expand the skin of the neck into a hood by the movement of the anterior ribs.

Viper: a common Eurasian venomous snake that attains a length of about 2 feet, varies in color from red, brown, or gray with dark markings to black.

Now prepare yourself to be amazed AND frightened – these dangerous snakes didn’t come to play! 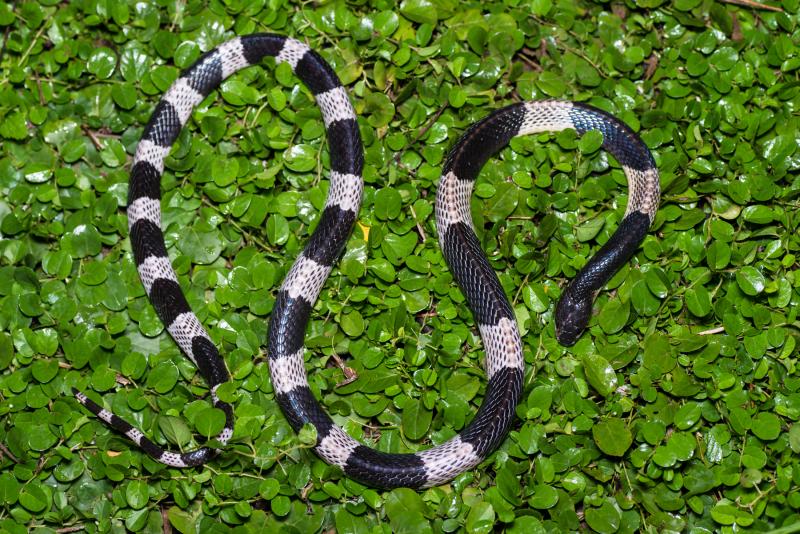 The Blue Krait is considered one of the deadliest snakes in its species. You can find it in Southeast Asia and Indonesia. When we read that the Blue Krait is cannibalizing snakes from its species and other snakes, we knew we weren’t in front of a regular snake.

Also, 50% of its bites are fatal, with a venom 16 times more potent than that of a cobra. The frightening effects of the venom are the overexcitation of muscles, followed by their paralysis. Eeek! 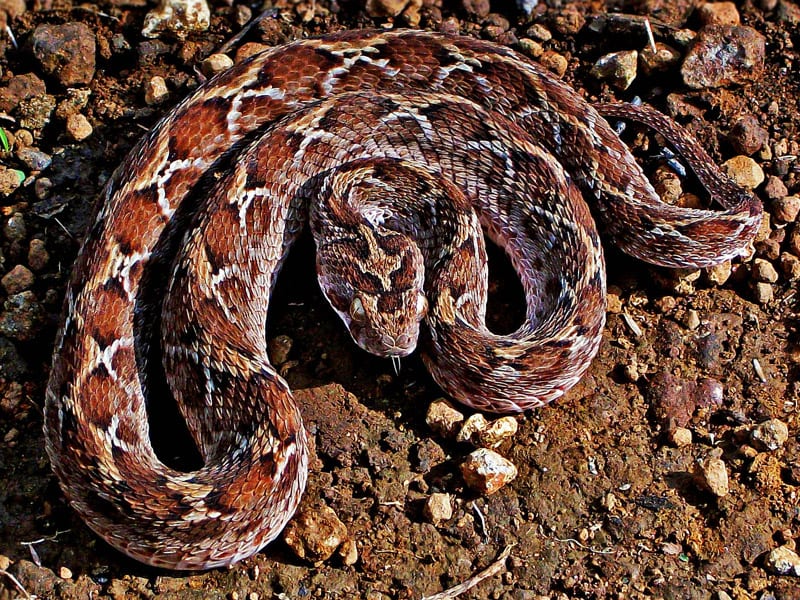 This nocturnal viper usually lives in the Middle East, Pakistan, India, Sri Lanka and some dry parts of Africa. The saw-scaled viper is one spiteful deadly creature, and its venom can cause a slow and painful death over two to four weeks. This is why anyone bitten by it should act fast even if the venom doesn’t spread fast.

If you ever meet a saw-scaled viper and notice it’s rubbing parts of its body together and hissing a sizzling sound, know that the viper feels threatened and that it is time for you to look for an exit from that situation. 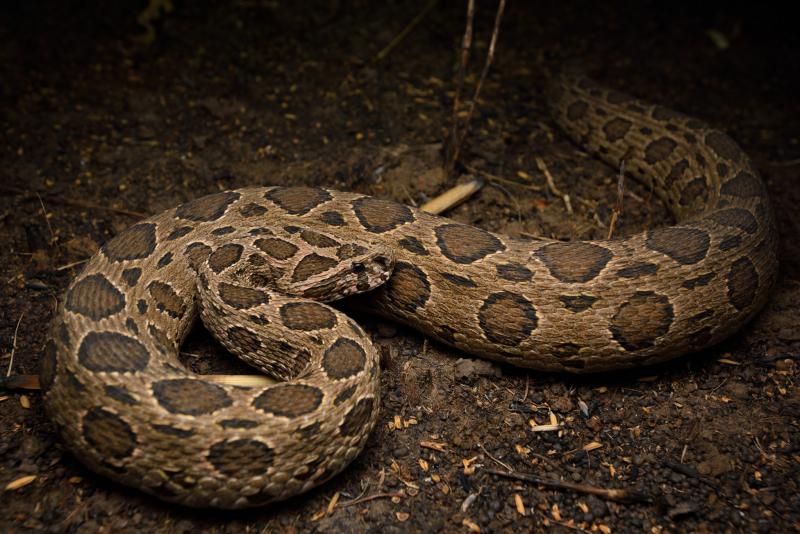 Present across India, Russel’s Viper is one of the Big Four snakes in the subcontinent. It is responsible for the highest snake bite incident and death rate in Asia. Pain, dizziness, swelling, vomiting and kidney failure – all are symptoms of the bite of Russel’s Viper.

As opposed to other species that prefer uncrowded areas, this viper is present in highly populated areas and is widely found. Better be careful! 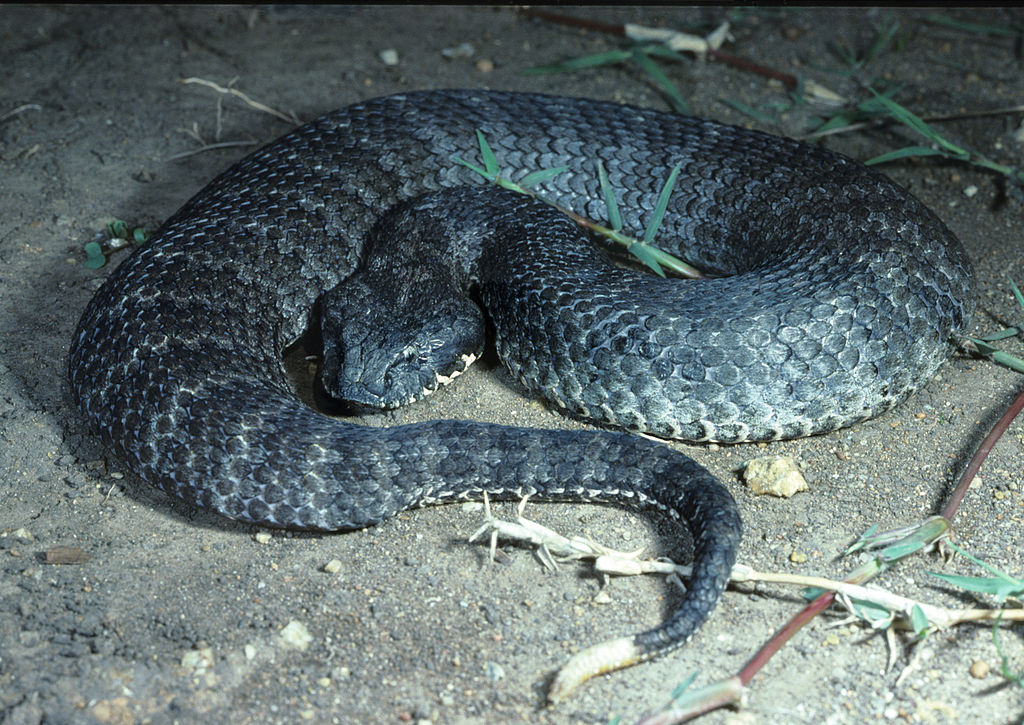 Patient, tactical, and deadly, this is how we can describe the Common Death Adder. This snake is one of the most venomous land snakes in Australia (where it’s mainly spread) and globally.

Its technique is not as offensive as that of its counterparts, as the Common Death Adder lies waiting for its prey, even for many days, hiding under leaves, and attacks when a small prey approaches. This snake usually eats small mammals and birds. Relieved? Not really, it still delivers the fastest strike of all snakes of the continent. 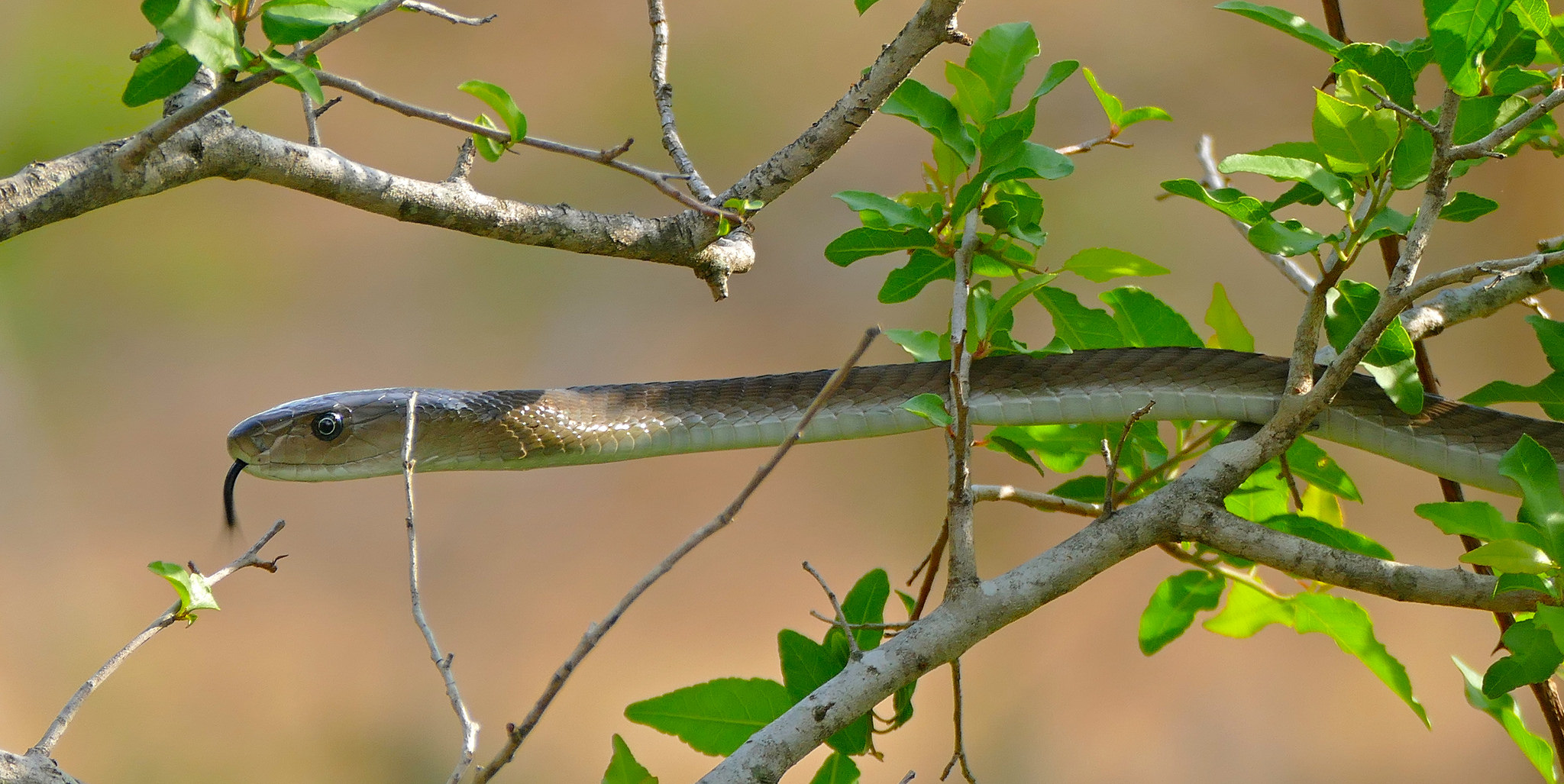 Now, that’s a chilling snake that holds many records among its peers. Fastest land snake in the world – 20 km/h, can deliver up to 400 mg of venom in one bite, can kill 10 to 25 adults with one bite, can strike up to 12 times in a row. A bite can take from 15 minutes to 3 hours to cause a human’s death if antivenom isn’t administrated. One detail that (kinda) puts our minds at ease is that the Black Mambas are usually shy creatures that prefer escape over confrontation. Better not upset them, then!

You can find the Black Mamba in the savannas and rocky hills of southern and eastern Africa. 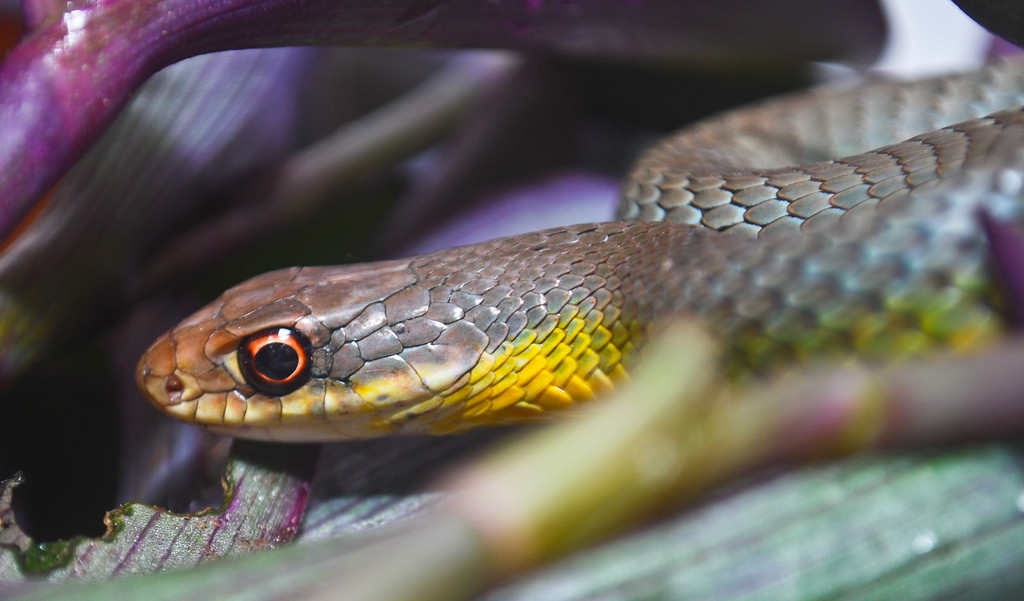 You know a snake is special when it’s deadly and protected by the law at the same time. The Eastern Brown Snake is quite aggressive and considered the second-most venomous land snake in the world. It lives in Australia and is considered one of the most dangerous snakes there. Even if its bite contains venom only half of the time, it can still cause paralysis and death.

The Eastern Brown Snake is no pushover: It will chase you out of its territory if feeling threatened and will not hesitate to bite.

It is active during the day, present during spring and summer, and even warm winter days. 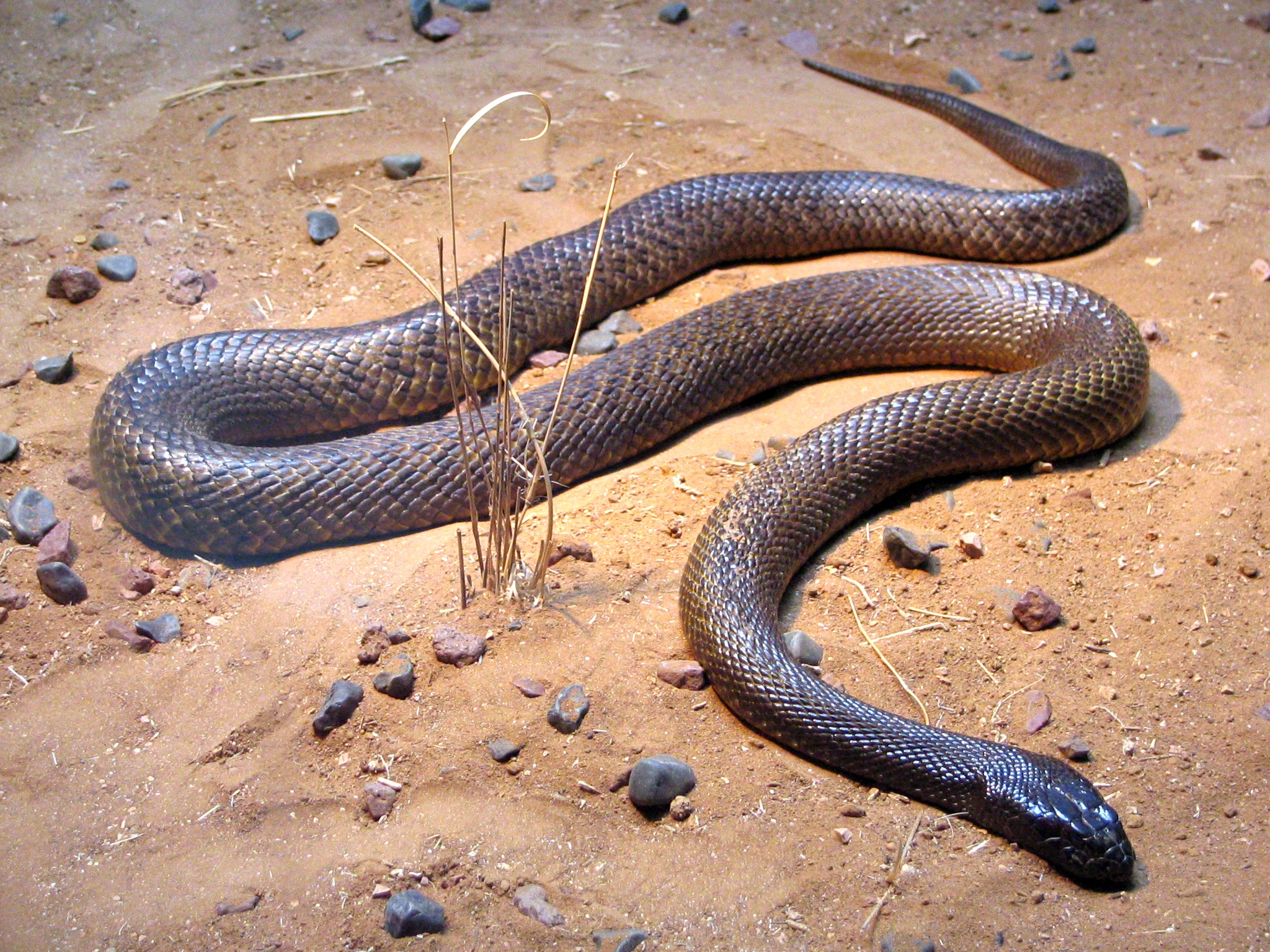 Here we (virtually) meet, Inland Taipan, the most venomous snake in the world! Now, let us not mix up most dangerous and most venomous. This shy reclusive snake is commonly found in the remote, semi-arid parts of South Australia.

It prefers escaping problems but will strike if provoked. Its venom can kill at least 100 people in as little as 30 or 45 minutes if untreated. Its high venomosity earned it the nickname Fierce Snake, and rightly so. 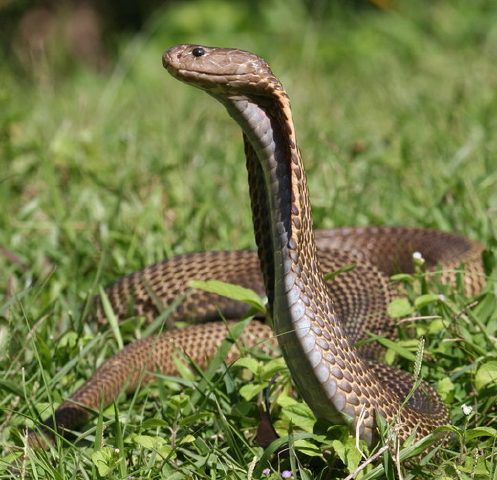 Secreting one of the most toxic venoms in its genus, the Philippine Cobra is one scary fella. The venom of this spitting cobra can kill a fully grown man within half an hour.

It feeds on small mammals, mice, rats, frogs and even other snakes. The venom of the Philippine Cobra affects the respiratory system and causes respiratory paralysis. 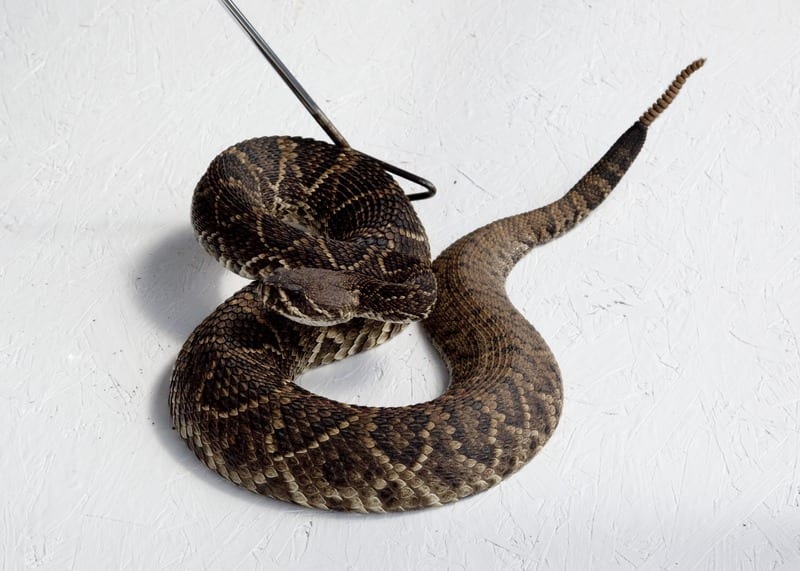 Often depicted in the media and featured in many documentaries, you surely have seen a rattlesnake at least once in your life. Contrary to common belief, rattlesnakes are actually a type of viper with a rattle-like tail end. The Eastern Diamond Rattlesnake is a pit viper and one of the heaviest venomous snakes. These species would rather stay on land than climb trees, even if they live in dry pine forests.

Reputed being the most dangerous venomous snake in North America, its long fangs are no joke. 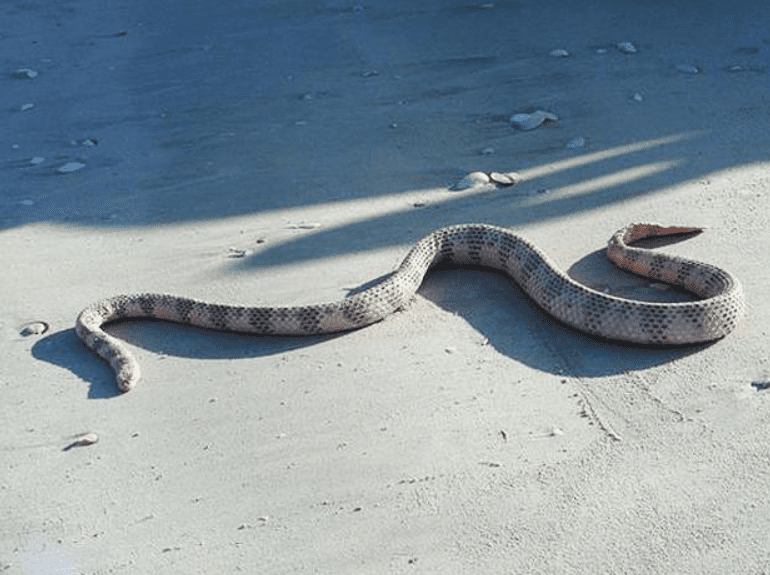 Meet the most venomous sea snake in the world. The Dubois’ (thankfully) lives 80 meters down in coral reefs and lagoons in Australian waters. However, they still need to come to the surface since they’re air-breathing reptiles. Don’t get agitated though, they’re only mildly aggressive and will only bite if provoked.

Bonus info: the Dubois’ Sea Snake is viviparous, meaning it develops an embryo inside its body rather than lay eggs. Dope! 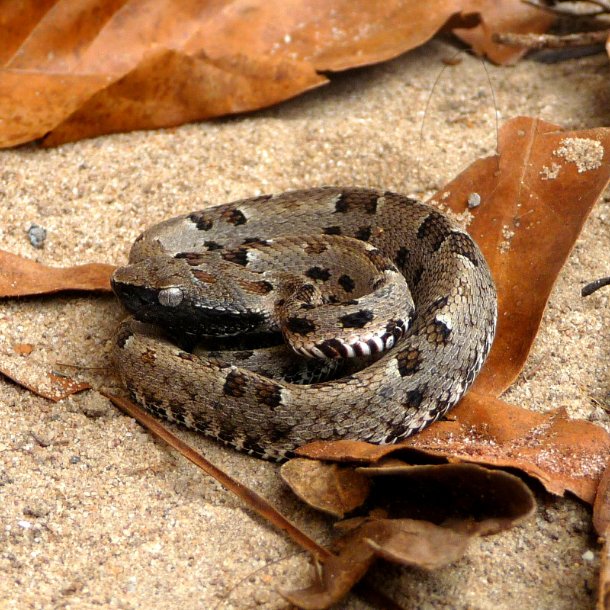 This is a venomous snake that lives in heavily populated areas of Brazil. Usually, they live in a dense tropical forest. If you get bitten by a Jararaca, then you could start swelling and bleeding from the skin.

In the most extreme cases, people die due to shock. 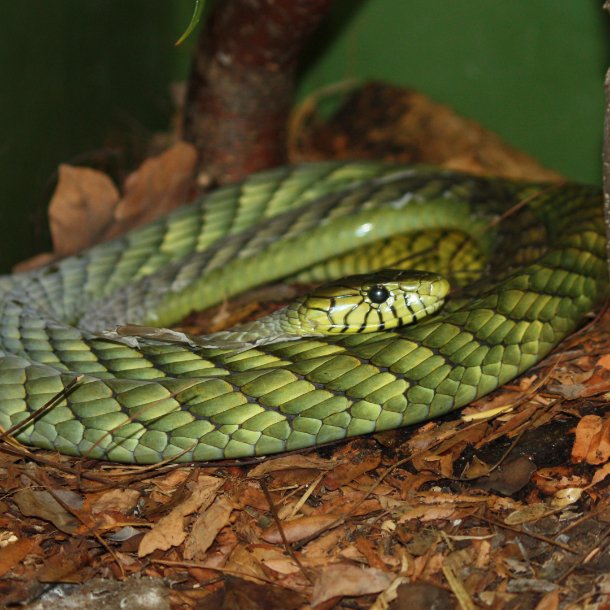 The Western Green Mamba is alert, nervous snake. It lives in the coastal tropical rain forest of regions of western African. Similar to other mambas, Western Green has a bad bite.

It can kill several humans in a short period of time if it’s left untreated. 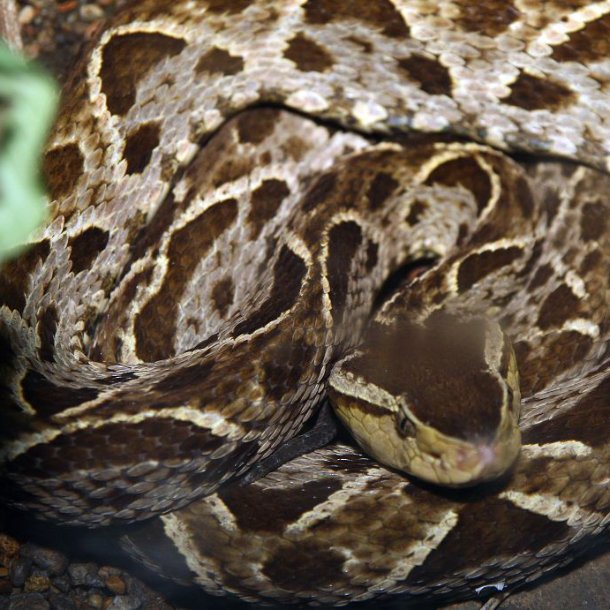 If you can, try to stay away from this fast snake! The Bothrops Asper is a nocturnal snake where they are found near humans.

It’s considered dangerous in the country of Costa Rica. 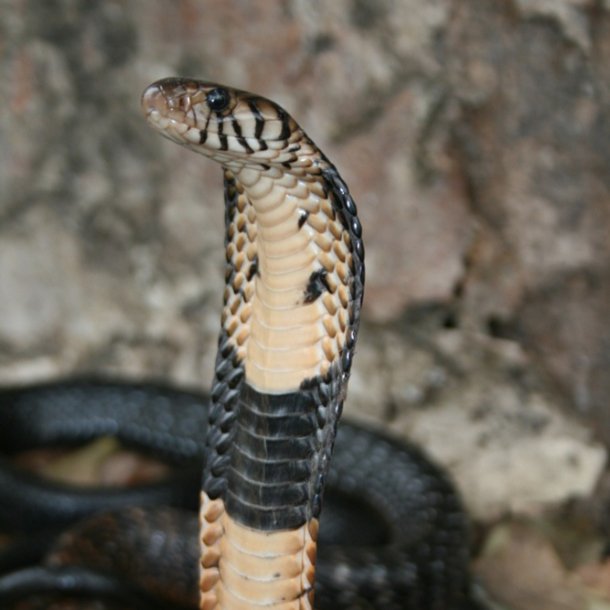 Similar to its cousin, this snake is alert, nervous, and considered to be a dangerous snake. When it starts to feel threatened, it will raise its body off the ground and start hissing loudly.

If a human gets bitten by this cobra, it’s life-threatening. 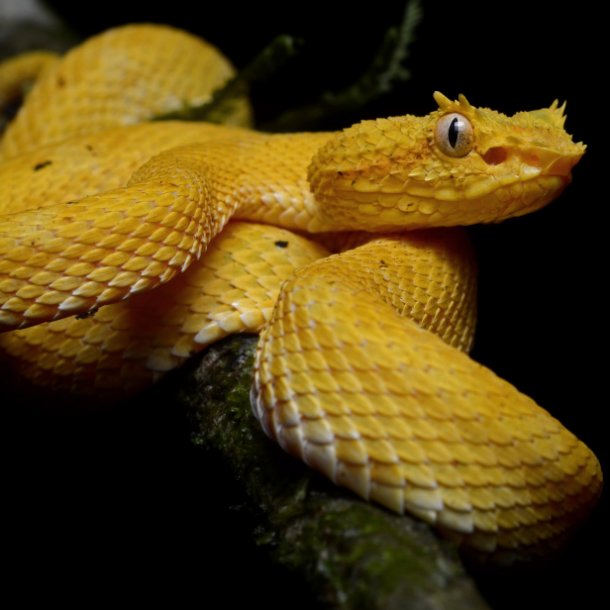 The Eyelash Viper waits patiently for its prey to come by. The viper likes to prey on birds during migration season.

Over time, these snakes improve their accuracy in catching their food.