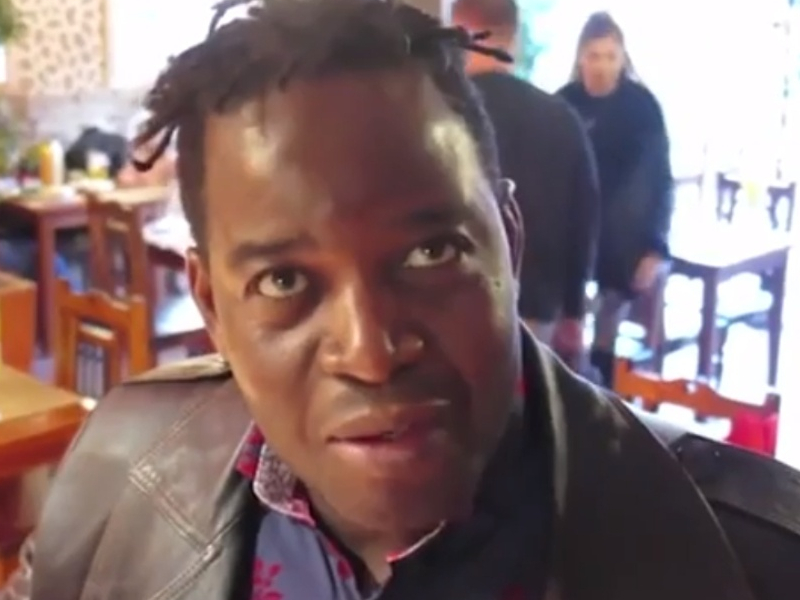 He peeled back the lip of the envelope.

The past couple days had left him feeling quite low. Part of him wondered if people were really just selfish at their core. But as he read the letter, and let it all sink in, he knew he had been so wrong.

To some people, staying in the restaurant business required a ruthless spirit and a lot of money.

But to Apollo of Middlesbrough, he boiled his culinary success down to two simple principles – hard work and kindness. However, the two philosophies weren’t just reserved for the kitchen and dining room.

To him, both employees and customers were entitled to respect and warm words.

This created a positive environment that spilled over into every facet of his business life as well as his personal one. However, one busy weekend would push his entire mindset to the limits, maybe even fracture his view of the world.

The Kilimandjaro-based restaurant was abuzz with activity.

Customers flocked not only to tip back a few cold ones, but also to devour the impressive menu – particularly the Waka Waka chicken. But Apollo knew there was something else happening that day that would send them into overdrive.

It wouldn’t be a soccer weekend without flocks of fans cheering and booing at the modest flatscreen tucked behind the bar.

During the hubbub, three men came into the restaurant and immediately snatched a nearby table. The server rushed over with a bright smile to take their drink order. Apollo grinned, she was one of his best.

Crowds cheered, drinks were refilled, and steaming plates of savory, delicious plates landed on tables. The three men got theirs in record time and dug in like they hadn’t eaten all day.

It didn’t take long to finish. The server went over with the bill, and another beaming smile, and handed it over. One man handed her something that broke the smile.

It was a well-known rule for the locals, but it often ended up a prickly subject for any first timers. More than once, Apollo had to handle a furious customer who wanted to use their debit or credit card.

Another cheer pulled Apollo’s gaze away. He had other customers to attend to, and he trusted the server to take care of it.

But a short while later, she came up to Apollo with a frantic look. The two men had just up and left the restaurant without paying, and one of them had looked really upset.

He had dealt with unruly customers before, but never a dine-and-dash.

Part of him wondered if they were out trying to get cash from an ATM. But any one who did that would usually leave at least one person behind. He held onto his philosophy of kindness as the hours passed and they finally had to turn the sign to “closed.”

Apollo was born in Burkina Faso, which actually means “The Land of Honest People.”

It was hard for him to process how someone could be so angry over a payment method that they would refuse to pay and just walk out. It was only a few days later, and he was getting ready to involve the police, when a thick letter reached his restaurant.

He only had to read the first two lines to know it was from the men who had vanished without paying.

He scanned the rest of the letter, shaking his head at their words. He tipped over the envelope and three more pieces of paper fell out. Apollo felt a tear form in the corner of his eye.

More Than One Problem

The answer to the disappearance was exactly what he had been praying for.

The writer explained how they only had a credit card. When they found out it was cash-only, they freaked and ran out to find any place to get cash. But that wasn’t their only problem.

They were in the middle of their search when they noticed the time. It would be a race to get the last train home and they didn’t have anywhere near enough money to get a motel.

They had no choice but to leave and abandon their quest to pay the bill. Instead, they spent the next couple days scrounging up the cash, plus a generous tip, to send back to Apollo. But it gets better.

Even though they paid, they still felt horrible. So, they promised to write a glowing Trip Advisor review as well as a Yelp review – which they did.

If Apollo was honest with himself, the event had strained his view on people. “Things like this happen” just wasn’t good enough. He had been brought up in an environment where honesty and virtue were paramount.

The few days that had passed made him wonder if he was wrong – if the world really was a hopeless place.

But that simple letter had fixed all of it. It renewed his philosophies and proved all it took was a little kindness to keep the world turning.

Must Read
Dog Won't Stop Staring Out Window, Gut Tells Mom Send Neighbor A Note
Mom Tries To Hide Sons When She Spots Ex-Hubby At Mall
These Lucky Few Find Thrift Store Items That Are Diamonds In The Rough