Marvel’s latest hit Black Panther debuted this past weekend and has officially taken over the world. The highly anticipated film about the Black Panther and his quest to save his homeland Wakanda, an Afrofuturistic nation untouched by European colonization, has resonated well with fans across the globe. Black Panther’s cast is filled with stars like Michael B. Jordan, Chadwick Boseman, Lupita Nyong’o and Angela Bassett. Director Ryan Coogler and Marvel Studios blend powerful storytelling and fast-paced superhero action to create one of the greatest Marvel films to be released. Whether you’ve been to Wakanda or not, here are five reasons why Black Panther is the most exciting movie this year. 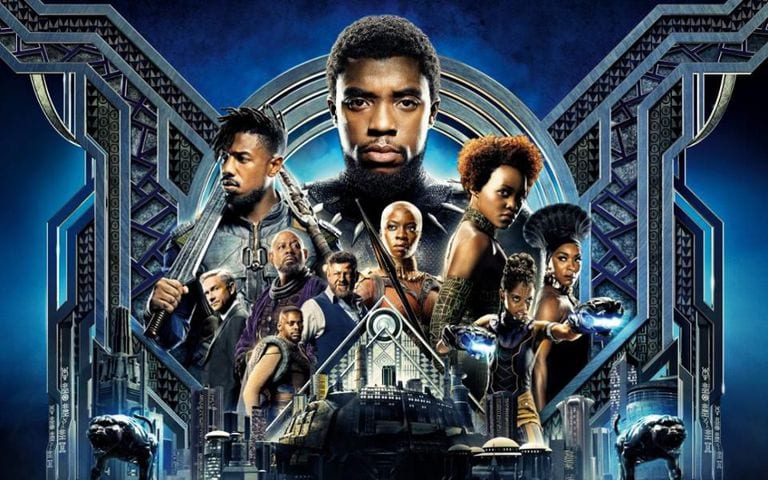 It’s no surprise that the debut of Wakanda’s story would rake in a record amount of sales, as even before it premiered it had already set a Marvel record of first-day presale tickets sold. Even then, the industry could not have anticipated the numbers it would pull during its opening weekend. In North America, Black Panther brought in $242 million in its first four days (Friday-Monday) and $427 million worldwide, completely surpassing its original $170 million predictions. The Marvel film shattered a number of records before and after its debut. The film now has the fifth-biggest opening of all time, it is the film with the highest opening in February ever, and the second-highest three-day weekend Marvel record of all time, sitting right behind the first Avengers film. On Wednesday, it brought in $14.5 million, making the most money any Marvel title ever has on said day.

4.) Critics And Fans Love It

Perhaps one of the driving forces of Black Panther’s success has been the widespread support by Marvel fans and the word-of-mouth reviews. Shortly after its world premiere, critic and fan approval began pouring in across the globe. The movie is currently sitting at the No. 1 spot with an impressive 97% rating and high ratings from top critics. Reviews from top critics are raving about how Black Panther stands out from the rest of Marvel’s films.

“When it comes to creative visuals, engaging action and likable characters, “Black Panther” stands confidently next to the best fare offered up by the Marvel Cinematic Universe.” on popular movie critic site Rotten Tomatoes.

Fans and critics aren’t the only ones who have praised Black Panther‘s success. The head of Marvel, Kevin Feige, believes it’s “the best Marvel movie yet.”

Just like anything else that happens in the digital age, shortly after the release of Black Panther, the memes and hashtags started flowing out. The movie has certainly received the internet’s stamp of approval from all types of people: comic book fans, celebrities and actors. Some fans have claimed to have seen the movie more than two or three times in a row. Here are a few celebrity reactions and funny internet reactions!

Congrats to the entire #blackpanther team! Because of you, young people will finally see superheroes that look like them on the big screen. I loved this movie and I know it will inspire people of all backgrounds to dig deep and find the courage to be heroes of their own stories.

Black Panther cleared my student loan debt, changed my oil, closed my gap (I didn’t have a gap but that’s besides the point), healed my arthritis, doubled the balance in my savings account, solved my rubics cube, and connected my dads beard

Some fans have even pulled funny stunts proving people are going to great lengths to experience this film.

We tried getting the two for one special at black panther. The manager was not having it. pic.twitter.com/Ktqsuh7s3m

Black Panther may be an American superhero movie, but the storyline relies heavily on the influence of many African countries and cultures. The enchantment of Wakanda has reached all over the world, and internationally the film has raked in over $200 million dollars since opening day.

The film is being praised for its diversity in its unique story and in its cast, directors and writers, and its positive representation of African cultures. The cast comprises black actors from all over the world. The actors Lupita Nyong’o, Danai Gurira, Letitia Wright and Daniel Kaluuya are just among some of the cast of Wakandans. With the global success of the film, many celebrities have started an initiative to buy tickets for people who may not be able to afford to see the film. Stars like Nyong’o, Kendrick Lamar and Brie Larson have given pledges in the #BlackPantherChallenge, an initiative that sponsors children from their hometowns to see the movie. Kendrick Lamar’s record label reportedly bought out five screenings in three cinemas in Los Angeles for kids to see Black Panther.

Nyong’o, who is originally from Kenya, is one of the latest to join the movement.

I joined the #BlackPantherChallenge & sponsored 600 schoolchildren to watch the film in Kisumu, Kenya. I wanted kids from my hometown to see the positive images reflected in the film & superheroes that they can relate to on the big screen. You can help: https://t.co/FtYjRXKdbw pic.twitter.com/N5v0fGDC9u

The movie has proven to be just as much an impactful cultural movement as it is a superhero film.

1.) The Black Panther Will Return 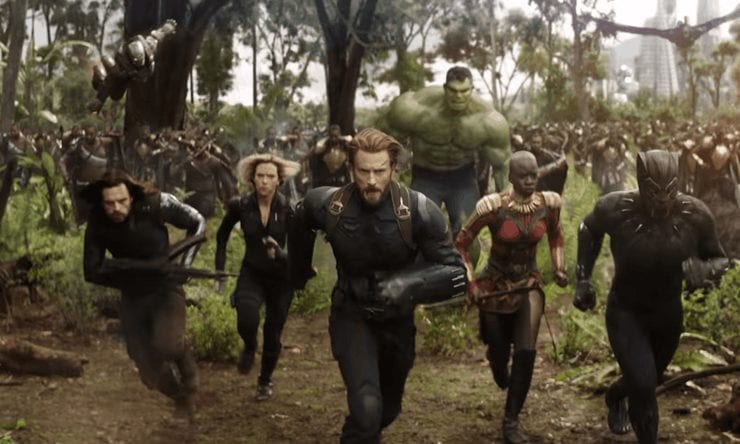 If you can’t get enough of Wakanda and have already seen the movie more than once (no shame), Marvel has some good news for you. While many fans are demanding a sequel or two after the success of the movie, in the meantime, we can expect to see a few familiar faces in the near future. Marvel’s next big debut is the highly anticipated Avengers: Infinity Wars, and it’s been confirmed that a few of our favorite Wakandans will be reprising their roles. The Black Panther, or T’Challa, will play an important role in Avengers 3, and he will be accompanied by his sister Shuri (Letitia Wright), and his trusted warrior allies Okoye (Danai Gurira) and M’Baku (Winston Duke). Marvel also claims that a large part of the movie will take place in Wakanda, giving fans the chance to see the Afrofuturistic wonderland on screen once again.

Avengers: Infinity Wars premieres in theaters on May 4, 2018.

What were your favorite things about Black Panther? Comment below!

What other hot films are on tap for 2018? Find out in our post on 2018’s most anticipated movies!