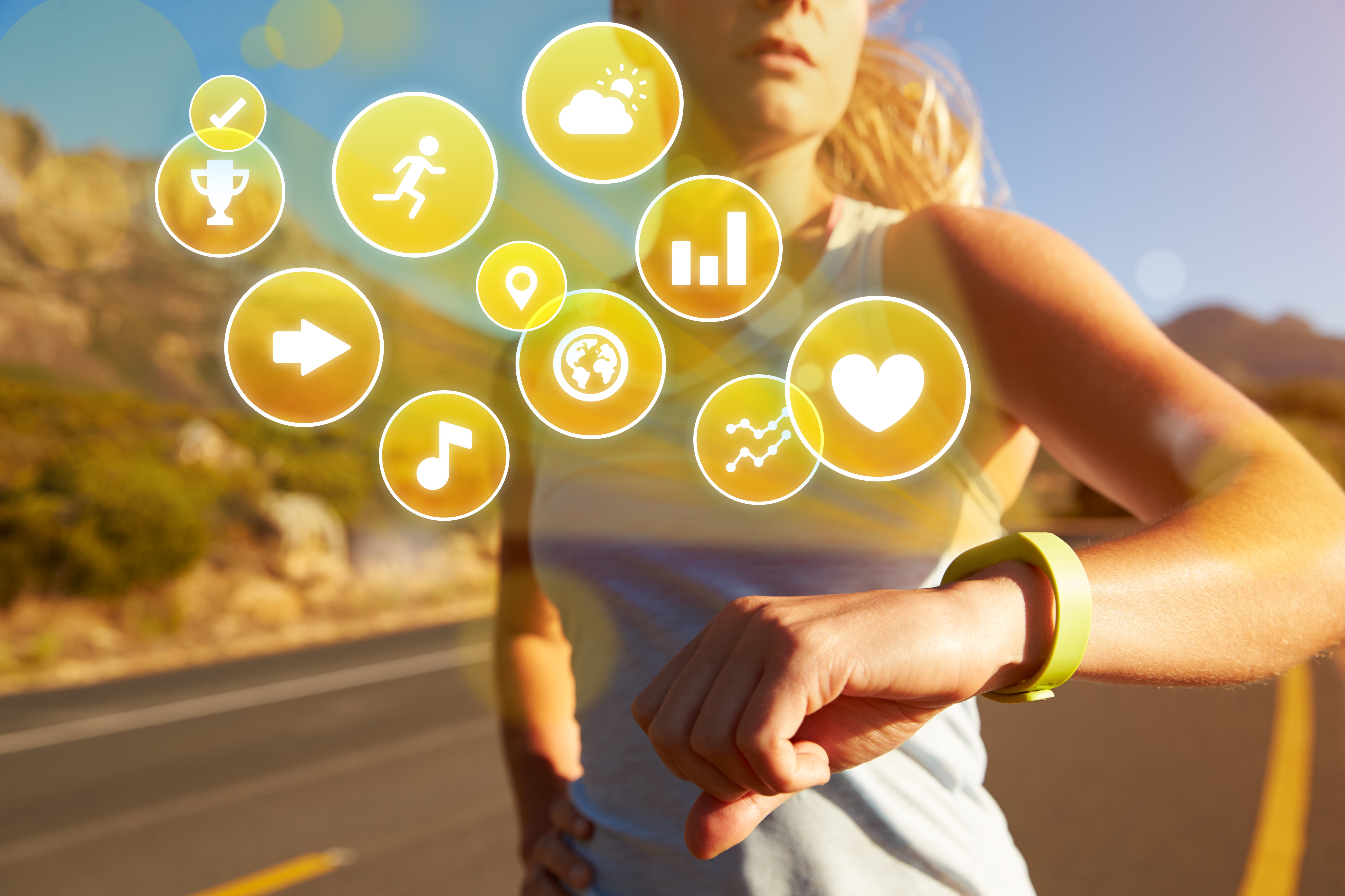 If you enjoy working out, chances are you also enjoy tracking your workouts. You want to know how long you’re exercising for, how high your heart rate is getting, how many calories you’re burning, and how far you’re going. Tracking your exercise routines can help you lose weight and train for various fitness events. But you probably don’t know all the things a fitness tracker can do.

Before we get into the “cool” things a fitness tracker can track, let’s take a look at what the basic tracking functions are:

Here are five lesser-known things a fitness tracker can do.

5.) Tell You That You’re Pregnant

Did you know that your Fitbit Charge 3 can tell you when you’re pregnant?

If you suspect you’re pregnant, you should get a traditional pregnancy test. But if you start seeing a few odd things with your fitness tracker, consider taking a pregnancy test.

This happened to Reddit user David Trinidad in 2016 when he noticed his wife’s Fitbit data reported that her heart rate was above normal. Thinking her Fitbit was broken, Trinidad posted the following on Reddit:

“I’m not sure if something is wrong with the sensor,” he wrote, saying that she had logged 10 hours of activity in Fitbit’s “fat burning zone” but had not increased her activity level. “Is there a way to reset or recalibrate the device? I’d like to try that before I contact customer service about a possible replacement.”

Another Reddit user suggested she take a pregnancy test, as pregnancy can raise a woman’s heart rate. Sure enough, this user was correct. Just a few days later, Trinidad posted the following:

“Thank you all for your overwhelming support… I am a regular guy who was just looking for the communities help with his wife’s technology issue (we’ve all been there, right?). Little did I know I got a lot more than I bargained for! Now I’m a regular guy who is preparing to have his first child brought into the world, god willing, in Oct 2016.”

Did you know that your fitness tracker can track your pain levels?

Some fitness trackers are using heart rate monitoring functions to help you track and address chronic pain from migraines, back spasms, and more by monitoring spikes in heart rate and activity. Doctors can combine this data with patient surveys to help figure out what triggers chronic pain incidents, how long the incidents last, and what the frequency is.

We all know that our smartphones can track our locations. Did you know your fitness tracker may be able to as well?

Fitness trackers have GPS capabilities.  The trackers can record the timeline and map of where you have been at any given time. This is helpful because you get back to where you started.

While this is helpful if you’re lost and don’t want to ask someone for directions, this can also come back to bite you if you commit a crime or go somewhere you’re not supposed to be.

If you plan on committing a crime (which we seriously hope you don’t), we suggest you remove your fitness tracker before doing so.

RollingStone recently reported on several incidents where a person’s fitness tracker was used as evidence in murder investigations.

How a Fitbit Caught a Murderer

In 2015, a man named Richard Dabate told police that a masked man had broken into his home, tied him to a chair, and shot and killed his wife, Connie, as she was entering the home through the garage. Connie’s Fitbit told another story.

The police looked at the step count on Connie’s Fitbit, which showed that she had walked 1,217 feet when she got home. However, if she had walked from her car to the basement, where Richard claimed she had been shot and killed, the Fitbit would have only recorded 125 feet. Based on this evidence (as well as more), Richard was put on trial for her murder.

How a Fitbit Cleared an Innocent Man Accused of Murder

In 2018, Douglass Detrie was arrested and accused and murdering his girlfriend Nicole VanderHeyden. Detrie claimed he was innocent and asleep alone at the time of the murder. Under normal circumstances, he wouldn’t have had anyone to corroborate his alibi, but thankfully, he had been wearing his Fitbit.

His Fitbit showed that Detrie was indeed asleep and was cleared of the murder. The real murderer, George Burch, was later caught and convicted of the murder. Data played a part in his conviction as well as data on his phone showed that he was at the scene of the crime at the time the murder took place.

Did you know your fitness tracker could save your life?

Michael Glenn didn’t. He wanted to monitor his eating habits and count calories, so bought a used Fitbit. In 2018, the Fitbit alerted him that his heart rate had dropped to 40 beats per minute. As context, the Mayo Clinic says a normal heart rate should be somewhere in the range of 60 – 100 beats per minute.

“Doctors said I had a 50/50 chance of survival,” Glenn said. “I’m just a husky guy who bought a Fitbit so I could continue to eat more pizza. Turns out, it saved my life.”

If you assume a fitness tracker is only about counting steps and calories, think again. It can not only help you sleep better, but alert you to pregnancy, clear you of a crime, and even save your life. If you are looking for the best fitness tracker to meet your needs, check out our Fitness Trackers for Women Buyer’s Guide.

Click next to read about exercises you can start doing with your fitness tracker.