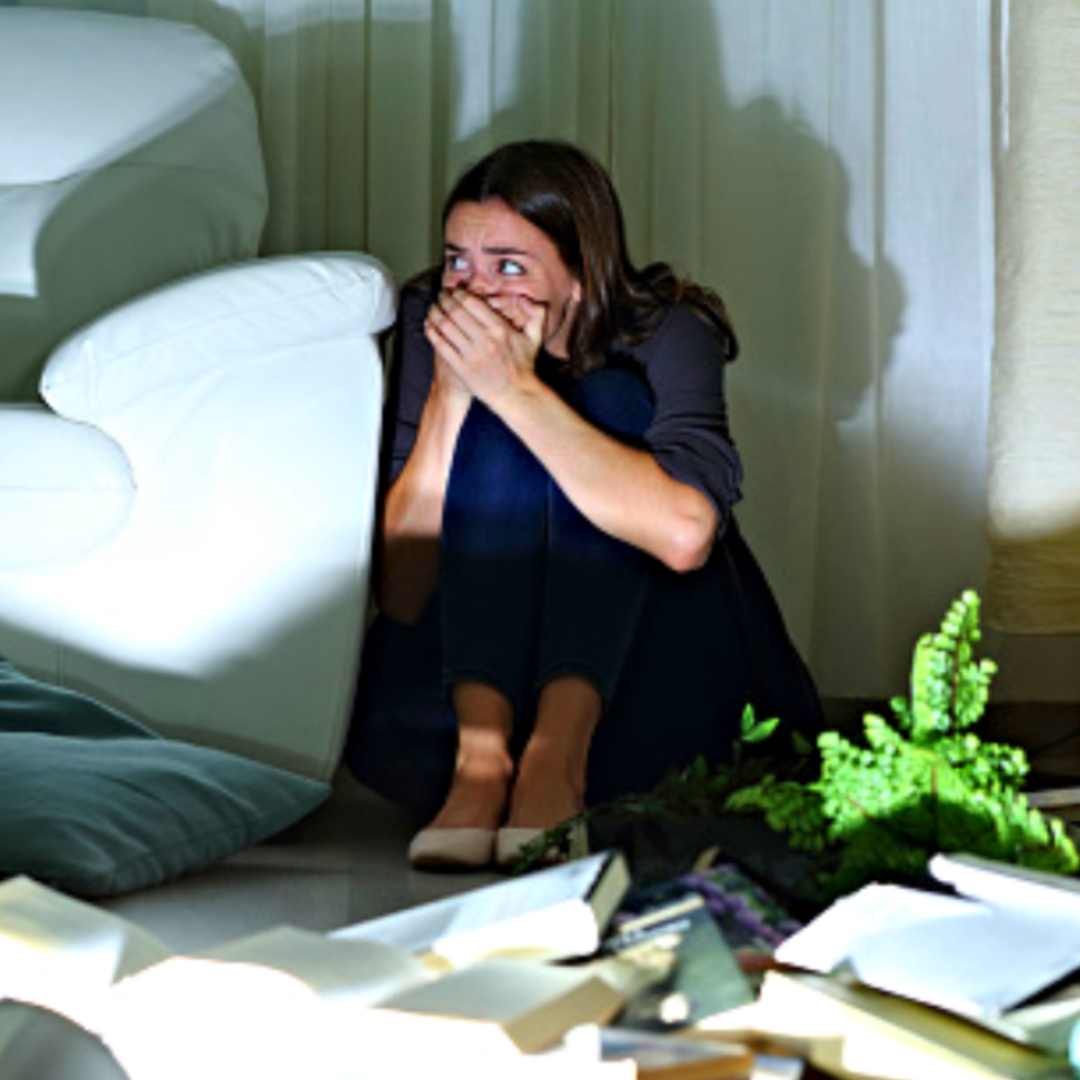 She had thought nothing of it at first but noticed a few odd things now and again. Was it her mind playing tricks on her? Was she right to question her sanity?

It had been months of doors opening by themselves, objects moving unexpectedly, and the dog acting strange in specific rooms. She eventually decided enough was enough and sought out help. The warning found her, and the truth that came along with it would disturb her.

The Harris’s had found their dream home! Or so they thought. They believed that there had to be a catch.

They had read through the contract again and again. They had inspected any nook and cranny of the house. They had found nothing out of place, and nothing had raised their eyebrows. However, they would regret ever walking into that house as time went by.

Steve and Laura Harris had spent years in Buffalo renting a flat before they decided to take the next step in their lives together. They had married two years ago and were thinking of having children shortly.

They knew the flat was not enough space to raise a family and so they decided to start their search for an affordable family home. It had taken some time, but they eventually heard of something.

They had found a house in one of the nicest suburbs in Upstate New York, that had been recently built and was affordable. The couple couldn’t believe their luck.

They speculated for months as to the reasoning behind their stroke of luck. There had to be some issue considering the house had remained on the market for about two months. Surely a place like this would have been snatched up sooner? There had to be a catch.

The couple started to suspect the real estate agent who had spoken to them first. He seemed eager when he approached them with multiple offers to view the house and carefully considered every question and concern they had.

Why did it seem like they had held the house for the Harris’s for months? There was no mention of other interested buyers. It felt like the agent had made it his goal for this couple to buy the house. What was the reason?

Austin Board Of Realtors

They seemed unable to find the answer to that question. Perhaps the agent had liked the Harris’s and had empathized with their reservations. Maybe he was trying to make their lives easier in their next big step.

They searched for any hidden motive behind his words whenever they spoke to him again, but they came back empty-handed. They had found nothing suspicious about the contract, the house, or the estate agent. The two signed the contract, not knowing that they were signing up for the biggest mistake they would ever make.

The couple eventually moved into their new home, already familiar with it after having viewed it many times. Laura and Steve had spent hours looking for the tiniest flaws to explain the agent’s eagerness once they moved in, but everything seemed perfect.

Nothing raised any more suspicions for them, and the couple finally relaxed. It seemed they had found the home where they would raise their family. But strange things would happen just a few weeks after they settled in.

It had started with small things. Laura had noticed that objects had been moved slightly while she and her husband were out at work.

Steve and Laura also noticed strange sounds while they relaxed in the living room. They sounded like coughing and human-like breathing coming from various points in the house. But there was more.

The Harris’s had a dog named Otto who would act strangely when he was in certain parts of the house. It was seemingly out of nowhere, but he would bark at random corners, an empty wall, or a particular chair.

Laura and Steve initially thought Otto was still getting used to the new house or the specific shapes on the walls intrigued him. They would soon find out that their dog was trying to alert them to something that would have their jaws dropping.

Weeks passed, and the strange behavior continued, but they noticed another oddity. When the couple had visitors, the behavior stopped. Family and friends assured them that they were imagining it all.

Steve and Laura had reached the point where they questioned their sanity. Laura had taken to an online forum, seeking advice about these odd occurrences since they had moved in. There was one alarming response that sent a bolt of fear through her. The responder had messaged, saying, “There is someone living in your house.”

One night, Laura and Steve were reading in bed after a long day of work. Suddenly, they heard those same strange sounds; this time, they were clearer and more distinct than ever.

There was no doubt about it: they sounded like someone coughing or breathing. The couple stood there in silence, paralyzed with fear. What could that be?

They opened their ears, trying to discern where those sounds came from. Maybe they had forgotten to turn the TV off in the living room?

But the noise didn’t come from downstairs. It sounded like it came from somewhere over their heads: the attic. But what could be going on there? And suddenly, they heard something else that made the blood freeze in their veins.

They Were In Danger

A loud thump came from upstairs; then, they heard a voice mumbling and cursing. Now there was no doubt: there was someone in their attic. Quickly, the couple ran to the kitchen, grabbed some kitchen utensils to defend themselves, and then went up to the attic.

After climbing up the stairs with their hearts galloping, they found something that made their stomachs drop to their knees.

There was a man in their attic, twisting on the floor and grabbing his knee with both hands! Apparently, he had tripped with Steve’s bike, which he kept there.

Quickly, Laura called the cops while Steve made sure that the creep couldn’t escape. A police car soon arrived at the scene, asked the couple some questions, and took the man to the nearest police station. Just a few days later, the whole truth unfolded.

It Was Their Neighbor

The creep was actually the Harris’ neighbor. Shortly after they moved in, he had managed to sneak into the Harris’ home and made a copy of the keys. And that wasn’t all: he would often spend long periods living in their attic while filming them in their most intimate moments.

But there was still one question in the air: how could he go undetected for so long? Was the real estate agent involved somehow?