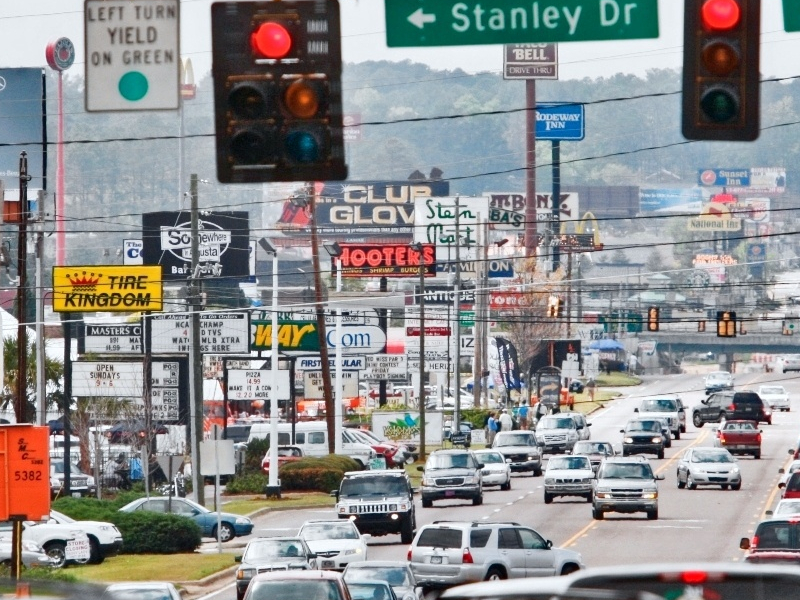 While many individuals might be unhappy, there are some states where that misery is widespread.

It can come from sleeplessness, low incomes, poor schools, long hours, horrible weather, and countless other factors. Here are the states that rank the highest.

While the work hours and rate of income growth are all great, it’s actually the weather that brings a crushing depression down on its residents.

The skies are gloomy for far too long. One commenter said that even with exercise, Vitamin D, and vacations in sunny spots, the gloom of winter is still horrible.

It’s not surprising to see this state in the list, but not for the reasons most people would imagine.

Besides poor working conditions and rough weather, it’s the isolation that triggers most people into a spiral of woe. One resident commented, “It can feel like you’re trapped because it costs a small fortune to go almost anywhere.”

The state of beaches and retirees has a mixed bag of problems.

It ranked second to last for environment and community. Plus, there’s heat waves, hurricanes, and so many thunderstorms. On top of it all is a huge divide of wealth – with crushing poverty mixed with million-dollar mansion.

Most parents aren’t impressed with the Yellowhammer state because healthcare is poor (ranking 3rd worst) and a harsh economy. Places that once flourished are now nearly ghost towns.

Kids don’t have it much better either. The schools might be safe but the testing scores are low and funding is even lower.

One would think that the place of Mardi Gras and leisurely living would be a paradise.

However, one Reddit user put all the problems in one nutshell, “Our politicians are awful, our schools are awful, our health care is awful. The best part is no one tries to make it better, every single person is just content to writhe in this awfulness.” Ouch.

There’s no easy, pinpoint reason why the Volunteer State ranks so low.

Its adult depression rates are off the charts. Adding the fact that they also get very little sleep just compounds the problems. There’s also a dash of unpredictable weather conditions. You could be driving to work in sun and driving home in snow.

There’s no secret to the population’s misery in this state.

It’s one of the poorest states in the country. Household income is only around $50,000 and 14% of people are on SNAP. In one county the Nutrition Assistance Program gets a high as 39%. Healthcare and schools don’t do well either.

Can you imagine working the longest hours in the country with the lowest pay?

Yep, it’s enough to make anyone curl up and cry. Couple the terrible minimum wage with high unemployment rates, and extreme poverty and it’s a cocktail for stress, divorce, and depression.

Oh my, the list of problems is long in the Sooner State.

Tornados, wildfires, crushing winters, education cuts, not much skilled labor left, and economic downfalls. The only thing that makes an area not-so-horrible is having a military base nearby or living close to a place with oil or gas booms.

“Three-quarters of the state isn’t worth living in. The northwest is your best bet,” said Cari Murphy on Quora.

It’s one of the poorest states and has little to no job opportunities. One interesting factor is the trade war with China forced many farmers to drop their prices just to survive. The whole thing brought about a string of soul-crushing bankruptcies.

Granted, the parts along the Great Lakes are breathtaking.

However, anyone who knows even a fraction of the state’s hardships can sum it up in one word – Detroit. They pretty much never recovered from any recession staring in the 1980s. Some call the city, and others like it, something out of a dystopian novel.

It might be surprising to see Ohio rank above Michigan.

But people there suffer from very little sleep and high amounts of depressions. Many places have to rely on big business for jobs. The poverty is also unnervingly high as well as substance abuse. It’s no wonder that there are also bursts of violence.

This place doesn’t reflect the state’s homey-feeling song of “Take Me Home Country Roads” at all.

It has the highest rate of adult depression – to the point of chronic issues. There’s no growth of income. The work environments are . Also, it ranks first for substance abuse. There are also not that many doctors to help people abysmalwith these problems.

Surprising, yeah? On the surface it might seem like the low cost of living is something to flock to. But it’s all shine and no substance.

Without getting into too much detail, it’s the hub of making a certain illegal substance. This triggers a domino effect that touches everything from families to felons to foster systems. It is, by far, the unhappiest state in the entire country.