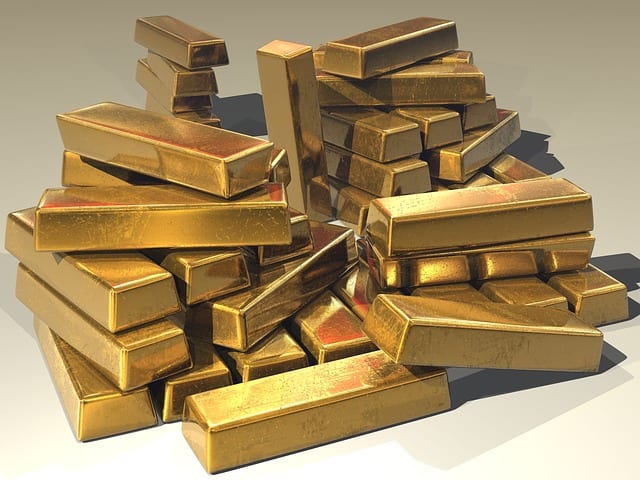 Gold is one of the most precious, prized elements on earth. This pliant, yellow metal has altered the fate of whole empires and it has sparked mass migrations that shaped the borders of nations. Gold has played a role in opening new scientific frontiers and it has had a hand in the start of countless romances.

But for all the apparent ubiquity of gold, you may be surprised to find you actually don’t know that much many gold facts. There’s more to gold than wedding rings and late night infomercials about investment opportunities, and we’re here to start filling in the cavities in your knowledge about this fine metal so enjoy these 5 surprising gold facts.

When the economy hits a rough patch, many folks turn to gold as a safe investment. And indeed throughout most of history, this precious metal has been a precious commodity, and gold is considered a relatively safe part of any investor’s portfolio.

There’s a good reason why so much intricate, finely-crafted jewelry is made out of gold: it is extremely flexible and durable. In fact, gold is considered the most malleable of the naturally occurring metals! Malleability refers to how easy a material can be hammered into thin sheets. A single ounce of gold could be stretched out into a wire more than fifty miles long!

Though, that wire would have to be only five microns thick, in case you were wondering. Another example is that a single ounce of gold can be beaten out into a sheet that is 300 square feet.  A sheet of gold can even be made thin enough to be transparent.

While the figures vary somewhat, there is no doubt that well over half the gold mined each year is used for jewelry. Some sources claim around 60% of the gold mined each year is turned into jewelry; other sources assert that the percentage is much higher, drawing closer to 80%, even. Suffice it to say that annually much more gold is used to make rings, earrings and necklaces than is used in computer circuitry, the medical field and as backing for national sovereign wealth funds.

China is the number one consumer of gold in the world. The country accounts for 30% of global jewelry with the majority being gold. India is the second largest consumer of gold. The majority of the gold Indians buy is used for the 10,000 traditional Indian weddings held every year. Strangely, Asian jewelry is generally of higher purity than western jewelry.

The worldwide gold output last year was three thousand, two hundred MT. China was the largest producer with a mine production of 440 MT. Australia came in second with 300 MT. Russia came in third with 250 MT and plan to almost double this amount by 2030.

South Africa has of course been one of the world’s top gold producers for decades but they actually came seventh on the list of largest producers of gold due to a number of reasons to do with workers and the miner companies there.

According to Warren Buffet (and to most experts’ best estimates), all the gold on planet earth—and that means everything from ancient Mayan statuettes to Victorian jewelry to the ore being hauled right now as you read this—could be combined into one huge cube that would be about 67 feet on each side. That is about the size of six story building. And that is a lot of gold, sure, but put in the context of our entire planet, a sphere nearly 25,000 miles in circumference, this stuff is pretty damn rare. Maybe that’s why it’s valuable? Good news is that it is unlikely that we will run out of gold any time soon as the US Geological Survey has estimated that there is still 52,000 tonnes of minable gold still in the ground while even more is yet to be discovered.