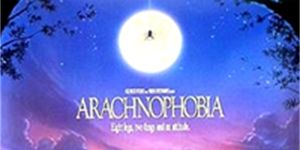 If you think the black widow spider is frightening, then you are absolutely correct. Those bastards can hospitalize adults and kill young people with a single venomous bite. And to top it off, they look scary, too. But the black widow is so far from the top of the list of the world’s most terrifying spiders that you’ll be ready to have one as the new family pet by the time you’re done reading about these other eight-legged terrors. 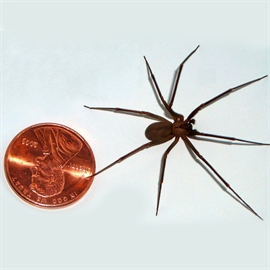 The most dangerous spider bite in America belongs to the brown recluse spider, a little fellow with venom so powerful it can kill full-grown adults if they are not treated after a bad enough bite. Recluse venom can cause necrosis localized around the bite itself, and can also enter the bloodstream causing vascular issues, organ failure and even death. Just heed the name, and leave them alone, OK? 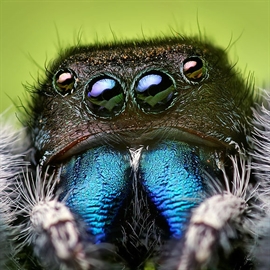 There are hundreds of varieties of jumping spiders, and most are totally inane, as far as humans are concerned. But you don’t want to be an insect or even a different species of spider that crosses the jumping spider’s path! Many of the subspecies of jumping spider feed primarily on prey caught in other spiders’ webs, or on that spider itself. They have the best vision of all arachnids, and seem to be able to learn and remember things such as color and scent. And we assume they can smell fear. 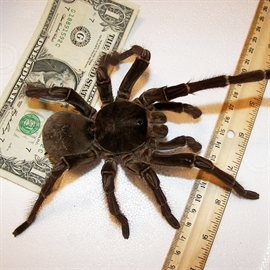 The Goliath birdeater spider is a tarantula so terrifying to behold that we hardly care that its name is less than precise. Not the Goliath part. These things are huge. It’s the birdeater part. These spiders have been known to eat birds, mind you, but usually they feed on things like frogs, rodents and poisonous snakes. That’s right, this spider hides out in its leaf-covered foxhole just waiting for a hapless snake to slither by, and then it’s chow time. 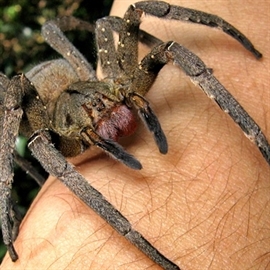 Should the Brazilian wandering spider wander anywhere near you, get the hell out of there! This spider boasts the world’s deadliest venom, a powerful neurotoxin that can rapidly cause the respiratory system to collapse. Human death has been reported even after anti-venom has been administered by medical professionals! Oh, and they’re aggressive, too. The silver lining? Something in their venom may hold a cure for impotence. 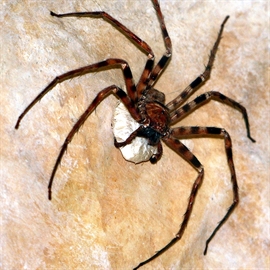 Everything about this spider … is terrifying. Let’s start with the name, because all three words only up the ante of horror: giant … huntsman … spider. These massive arachnids were only discovered in the year 2001, which leads us to believe they are also trained secret agent spiders. The giant huntsman spider’s body is bigger than most spiders’ leg-span at 2 inches. The huntsman’s leg-span? Twelve inches! This spider is a foot across!