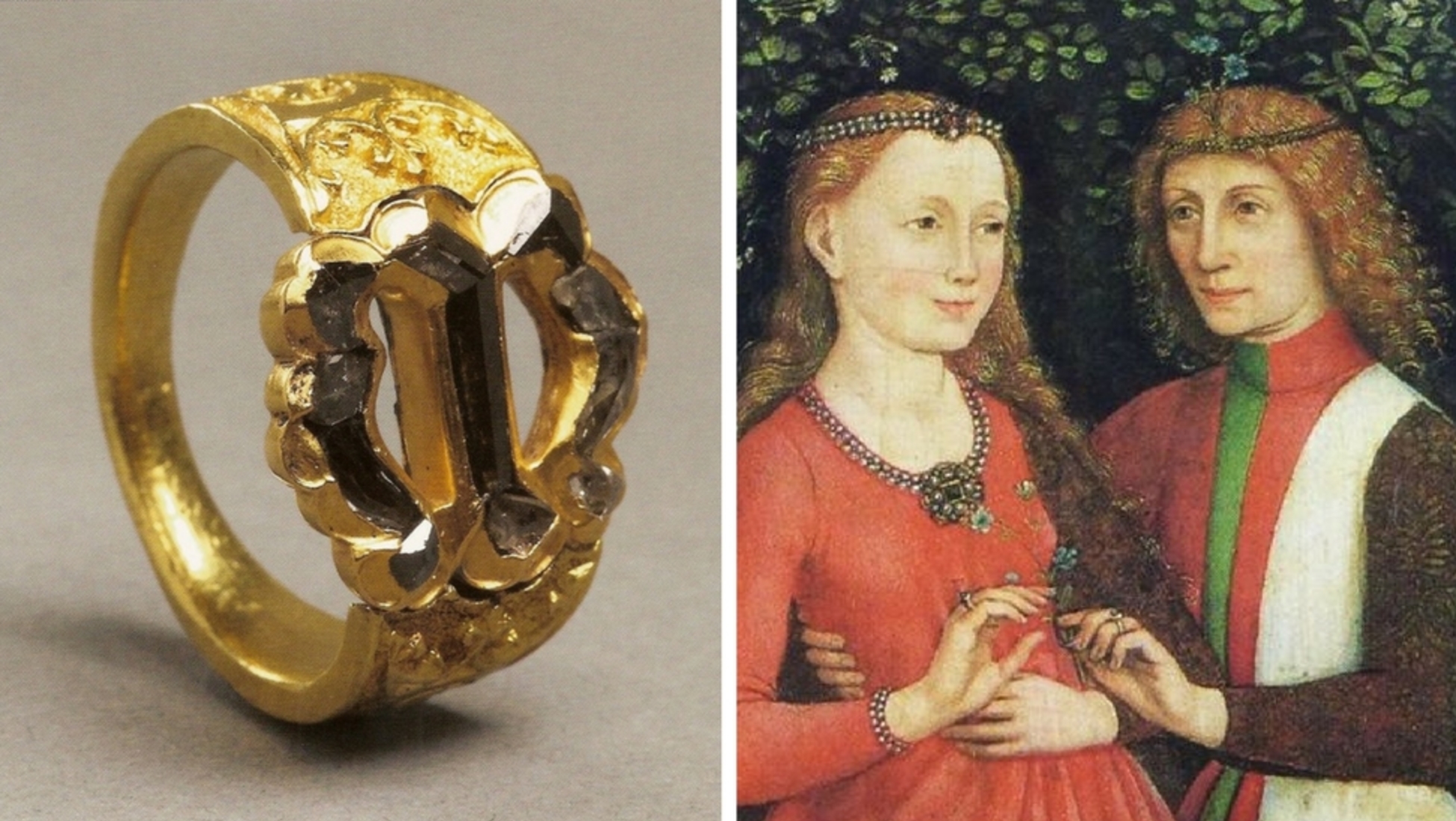 Today we’ll be discussing some of the most remarkable marriage proposals of all time. That does not, however, mean talking about elaborate engagement proposals involving flash mob dance routines, sports arena Jumbotrons or anything like that.

Each of these proposals is noteworthy not because of gimmicks or extravagance, but rather because it had (or could have had) an impact on history. Even though this may be hard to believe, many marriages in the past were about power and influence more than they were about love.

Now that things have changed and you can basically marry whoever you want, it seems a good time to reflect on proposals of the past. Just look at how much things have evolved from the ancient proposal process to the modern process of popping the question!

Here Are the Five Most Remarkable Marriage Proposals of All Time:

In the ancient world, marriage was a business deal, not a bond of love. This held true in ancient Greece and Rome, where land and title came along with matrimony. It was true in ancient Jewish communities, where dowries were carefully negotiated before the marriage of a daughter. But no culture matched ancient China for the rigidity of the proposal and engagement process.

First, a boy’s family decided on a potential match (he played no part in this process). The parents of both prospective spouses would meet in the company of a matchmaker (a negotiator, essentially) and a fortune teller. If the fortune teller saw portents of a fine marriage—in other words, was paid well—they would bless the union, at which point the boy’s family would shower the girl’s family with gifts. Then the fortune teller would pick the wedding date.

On the wedding day, the girl’s parents would send a large dowry to the boy’s parents. The matchmaker dictated the type and amount of the gifts. This sealed the deal, and then the couple could finally meet for the first time. Ah, romance.

This was one of the most remarkable marriage proposals that never turned into a marriage and may not have even happened.

If only Marie Antoinette had said “yes” to Mozart, she wouldn’t have had all that trouble during the French Revolution. In fact, perhaps the entire history of 18th-century France would have been different, and visiting the country today might have been a completely different adventure! When the young musical prodigy proposed to the young Marie, both were only seven years old, and thus in no position to wed. The marriage would have had to wait until Marie turned fourteen.

Legend has it that young Wolfgang Amadeus Mozart was brought to Vienna to perform before the Imperial Family, of which Marie was one of the youngest children. While horsing around with a group of children after the concert, Mozart slipped and fell right into Marie’s arms. He looked up at her and immediately proposed that they wed.

This, of course, was not to be. Both went on to die in their thirties — he of disease, she of beheading.

However, in a book about Marie Antoinette by Antonia Fraser titled Marie Antoinette: The Journey, the author notes that it is believed that the tale of the proposal between the young empress and the young composer was a myth. The book states that Mozart never proposed. Rather, what he actually did was jump into the lap of the Empress. Supposedly he got a kiss in return, with Marie present, after he played the harpsichord marvelously well in the presence of the royals at the Austrian court.

On December 15, 2012, Marine Captain Matthew Phelps took a huge leap of faith in himself, in his partner and in his country: Phelps took a knee and proposed marriage to Ben Schlock in one of the most iconic locations worldwide, the White House.

Capt. Phelps may not have been the first openly gay serviceman to propose, but he was surely the first to do so in such a hallowed place. At the time of his proposal (which of course was accepted!), the infamous Defense of Marriage Act had yet to be repealed. Fortunately for the happy couple, the legislation of the country caught up with them the following year.

In doing so, he made one of the greatest sacrifices in the history of proposals: he was choosing marriage to Wallis over wearing the Crown of England! This proposal is one of the most remarkable marriage proposals and sacrifices made in history.

Wallis could never be recognized as the queen as she was a divorcée and thus frowned on by the Church of England. King Edward chose to abdicate the throne to marry her. We’re sure that, for love, you too would relinquish the British Crown, but we’re also pretty sure that it won’t come to that.

1.) Archduke Maximilian and the Diamond Ring

Archduke Maximilian of Austria is widely credited with being the first man to use a diamond ring during his marriage proposal. The year was 1477, and as Maximilian knelt and asked for the hand of young Mary of Burgundy, he presented a ring bearing an “M” crafted from carved diamonds. Needless to say, she said yes.

And thus was set a precedent that would have men throughout the ensuing centuries pouring their bank accounts out in exchange for beautiful engagement rings. Thank you, Max, for rendering the mere pledge of undying devotion insufficient.

Legend has it that Mary was said to have fallen in love with Maximillian through his letters, as she couldn’t see him because her father already planned to marry her off to a French prince. In a bittersweet twist of fate, Mary’s father died, so Maximillian set off to meet his love. However, he was broke at the time. Stories tell that while he was on his way to meet his love, villagers he met along the way gave him gifts of gold and silver. This enabled him to get an engagement ring for his lady love. The marriage also helped establish Maximilian as an independent prince who later became the Holy Roman Emperor.

Yep, sounds like it was one of the most remarkable marriage proposals of all time.