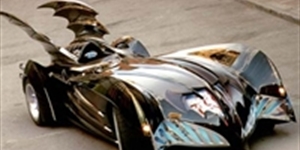 Sometimes movie stars have to share the screen with some pretty stunning co-stars, and we’re not talking about Bond Girls or talking dogs … we’re talking about automobiles. Over the last few decades, these five cars have become some of the most famous machines to ever grace the silver screen. Some are sleek, some are ugly and others are just kind of dumb, but they are all, in their own way, famous. In fact, they are more than that: They are icons of the movies, every bit as well known as the stars that drove them! 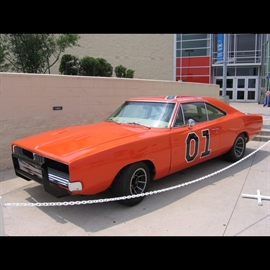 General Lee is the car made famous by the television show “The Dukes of Hazzard,” but it makes the list not for the ridiculous but kind of fun TV program, but “thanks” to the truly awful 2005 film inspired by the show – the word “inspired” being used quite loosely. Yes, the car sports Confederate iconography across its flame orange body and is of course named for the Rebs’ #1 officer, which is not cool or anything, but this high-flying Chrysler is the definition of iconic. 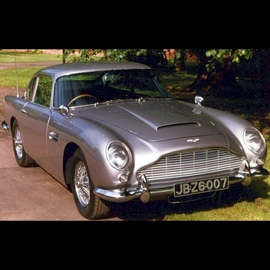 A Bond film without an awesome car is like a Bond film without a sexy vixen: not a very good Bond film. From the iconic Aston Martin DB5 of the early films to the world debut of the BMW Z3 in “Golden Eye,” Q has always been providing 007 with amazing cars chock full of amazing tricks. Most of these tricks relate to killing people. And sometimes to champagne. 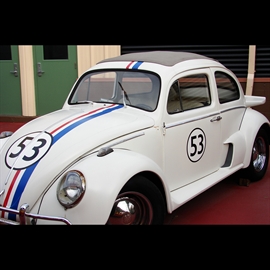 Herbie. He ain’t exactly cool, he ain’t exactly sleek, he … well, OK, let’s take a different approach, because that route may never turn the corner: “Herbie” is the name of a white-and-black-striped VW Beetle that has magical powers. Magical car powers. The main power this car seems to harbor is that of having multiple films made with it at the center, but that’s just our opinion. From the 1969 feature “The Love Bug” to the 2005 Oscar snub “Herbie Fully Loaded,” this pugnacious punch buggy has been mildly amusing some of us some of the time. 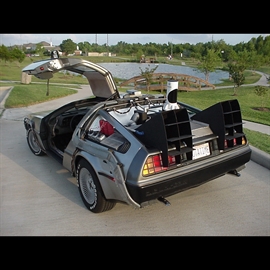 Where would Marty McFly have been without this modified, time-travelling version of a largely failed car? Stuck in 1985, that’s where. And that’s where the Delorean car would have remained, too. But fortunately Doc Brown figured out how to utterly disregard the laws of physics and created a time machine using one of the stranger cars to ever be produced. Today, more people know of this car (the only one produced by the eponymous company, for the record) as a time machine than they do as a sports car.

1 It Comes in Many Models 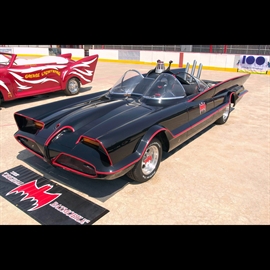 The Batmobile is no single car. In fact, there have been more than a dozen versions of Batman’s wheels, if you count the cartoon, the comics and all the many films. But regardless of which version you picture when you hear the word “Batmobile,” you are thinking of a badass, black rocket barely strapped down to its tires. It sports missiles, guns, bulletproof everything and it often can transform into a motorcycle, helicopter or a three-star motel. We assume, anyway — we missed one or two of the films.