The Top 5 Most Dangerous UFC Fighters 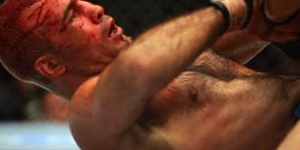 The most dangerous fighters currently fighting in the UFC include those who stand the most chance of inflicting serious damage to the opponent, and those who enter the ring with one goal: to inflict maximum pain and carnage. These fighters may not always win, but they’re so intense or ruthless that the mere mention of their names instills paralyzing fear into their opponents’ hearts. 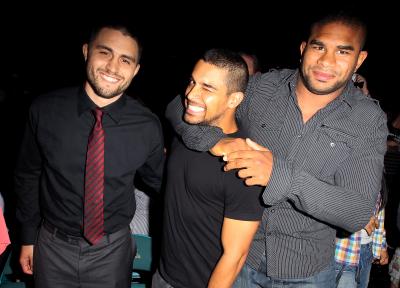 A list of the UFC’s most dangerous fighters wouldn’t be complete without a heavyweight fighter that utilizes brute force. At 6 feet 5 inches tall and 256 pounds, Hounslow, England native Alistair Overeem is the biggest, strongest and most visually-terrifying opponent you’ll encounter in the ring. What makes him dangerous is not skill, however, but his uncanny ability to smell your fear. Almost all of Overeem’s wins came by stoppage. For those not in the know, that means he messed up his opponents so bad, a medical professional stopped the fight. 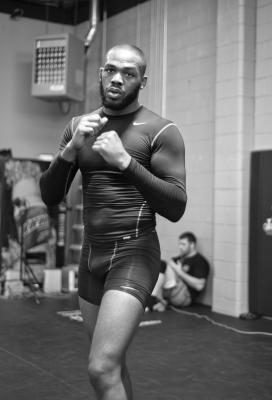 Jon Jones isn’t dangerous in the sense that he’s a giant, grunting, muscle-bound psychopath, although at 6 feet 4 inches tall and 205 pounds, he’s certainly not tiny, either. By the age of 24, Jones already cleared four UFC champions on his path to fighting glory, attacking each like a ninja. It’s rumored his elbows might be forged from steel and stone. His nickname is “Bones” and getting struck by one of his elbows is like getting a rock to the head… or neck, or shoulder or pretty much everywhere on your body. In March 2010, Jones actually broke the face of opponent Brandon Vera. He broke the guy’s face! If that doesn’t say dangerous to you, well you probably belong in a mental institution. 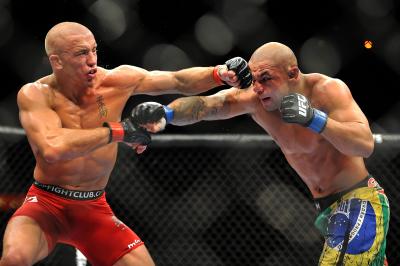 Montreal native George St. Pierre stands at an unimpressive 5 feet 11 inches tall and weighs only 170 pounds, but the UFC’s welterweight champion is a technical fighter who has proven a precise and deadly opponent. He’s a clean fighter, but sharp and extremely dangerous. It’s as though every strike he throws is plotted to wreak the most havoc possible. Like Anderson Silva, St. Pierre is a thinking fighter. In fact, a match between Silva and St. Pierre is much anticipated by UFC fans. While St. Pierre is smaller than Silva, the fight would indeed be epic. 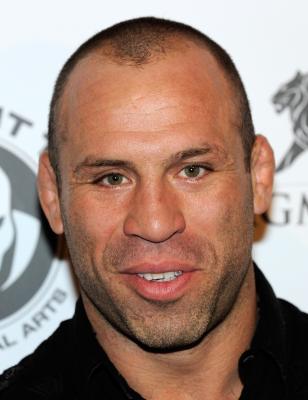 What most dangerous list is complete without an axe murderer? Wanderlei Silva (no relation to Anderson) is a killer in the ring, using kicks, stomps, punches and whatever else he can pull from his bag of tricks, to beat you down. This Brazil native isn’t gigantic, standing just 5 feet 11 inches tall, but he puts every bit of his 205-pound frame into his strikes and the damage he causes is impressive. He’s intense, relentless and has pretty much figured out how to hit an opponent with almost every part of his body. The man executes the atomic butt drop like nobody’s business. 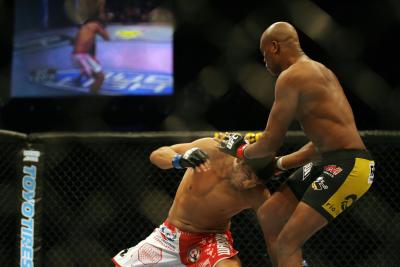 Anyone nicknamed “The Spider” has to be a little on the dangerous side, because let’s face it, spiders are terrifying. At 38, the middleweight champion from Brazil isn’t a spring chicken by fighting standards, but his 6-foot-2-inch, 185-pound frame can mess you up. He’s almost unbeatable in striking and uses this to play with his opponents psychologically, leaving them a pale shadow of the fighter they were before tangling with him.

Top 5 Greatest Boxers of All Time 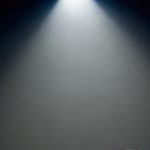