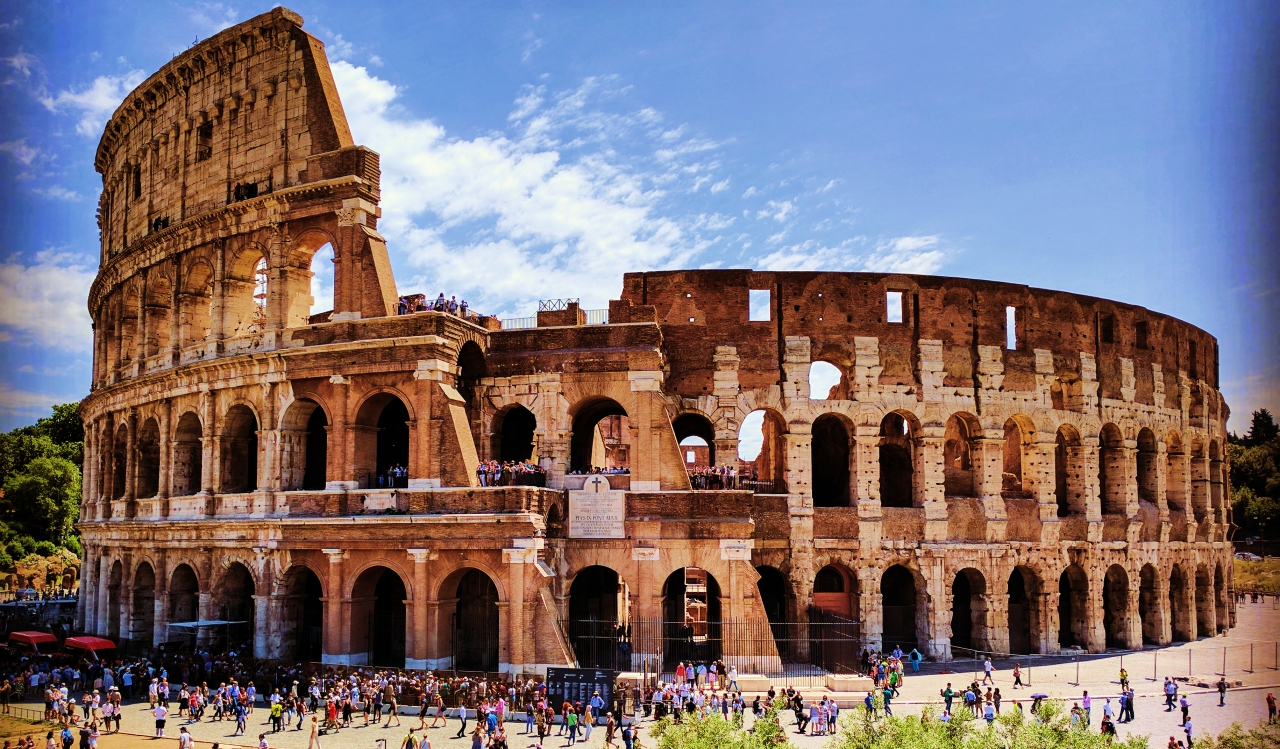 If your day seems to be dragging along, or the week is just taking forever to pass, imagine how the planet feels after more than 4.5 billion years of existence. You may be bored right now, but a little perspective always helps, right? Consider for a second all of the old things on Earth.

When you think of old things on Earth, you may think about that random bit of good china your grandmother tells you not to touch. However, it is much bigger than that. Our wildly long-lived planet is home to many things, some of which are incredible.

What are the old things on Earth that are worth seeing or checking out? We’re glad you asked. Keep reading to see 15 of the most impressive. 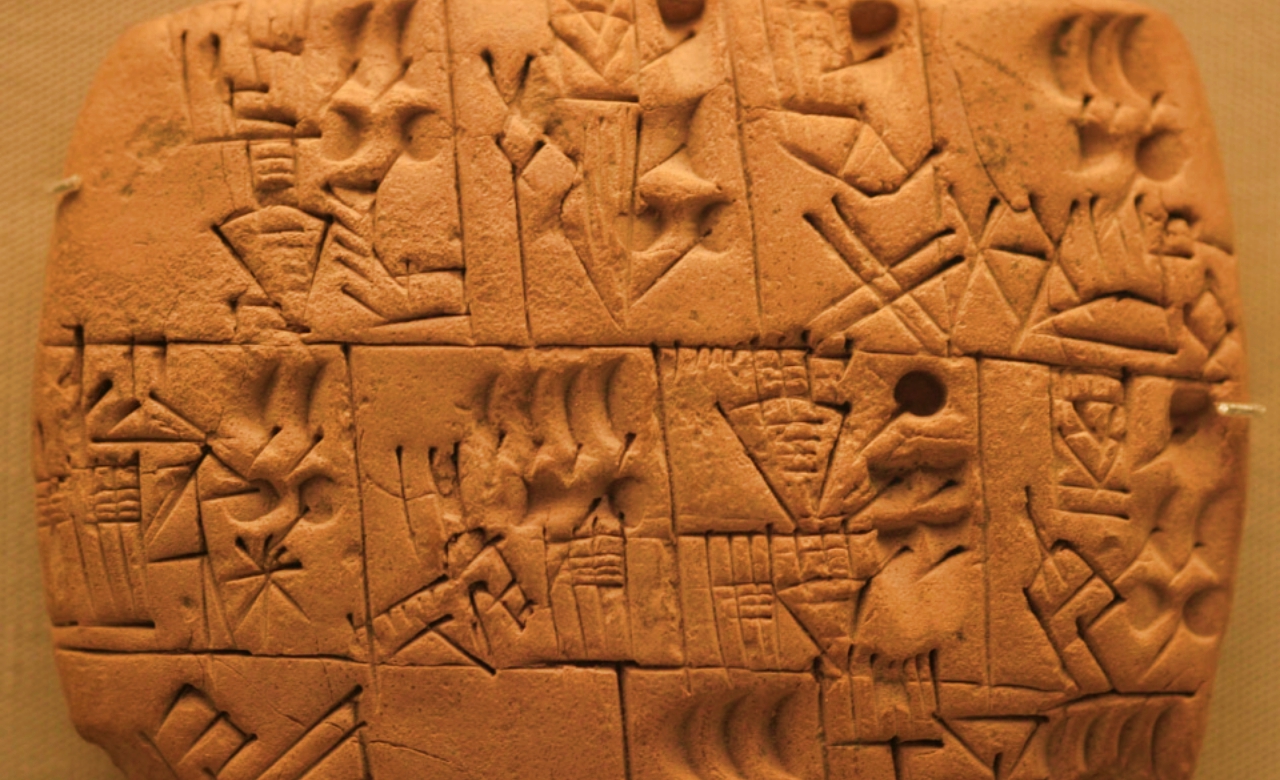 For those unaware, historians think that the Ancient Egyptians started the first intelligent writing system in the world through their use of pictographs. However, the first true writing system ever was developed by the infamous Sumerians from the land of Mesopotamia.

They started what is now known as cuneiform in 3100 BCE, and this was their primary form of writing communication for 3,000 years. The earliest example of their writing that we still have today is on the Kish Tablet. Due to being one of the oldest things on Earth, it is well guarded and continuously restored whenever possible. 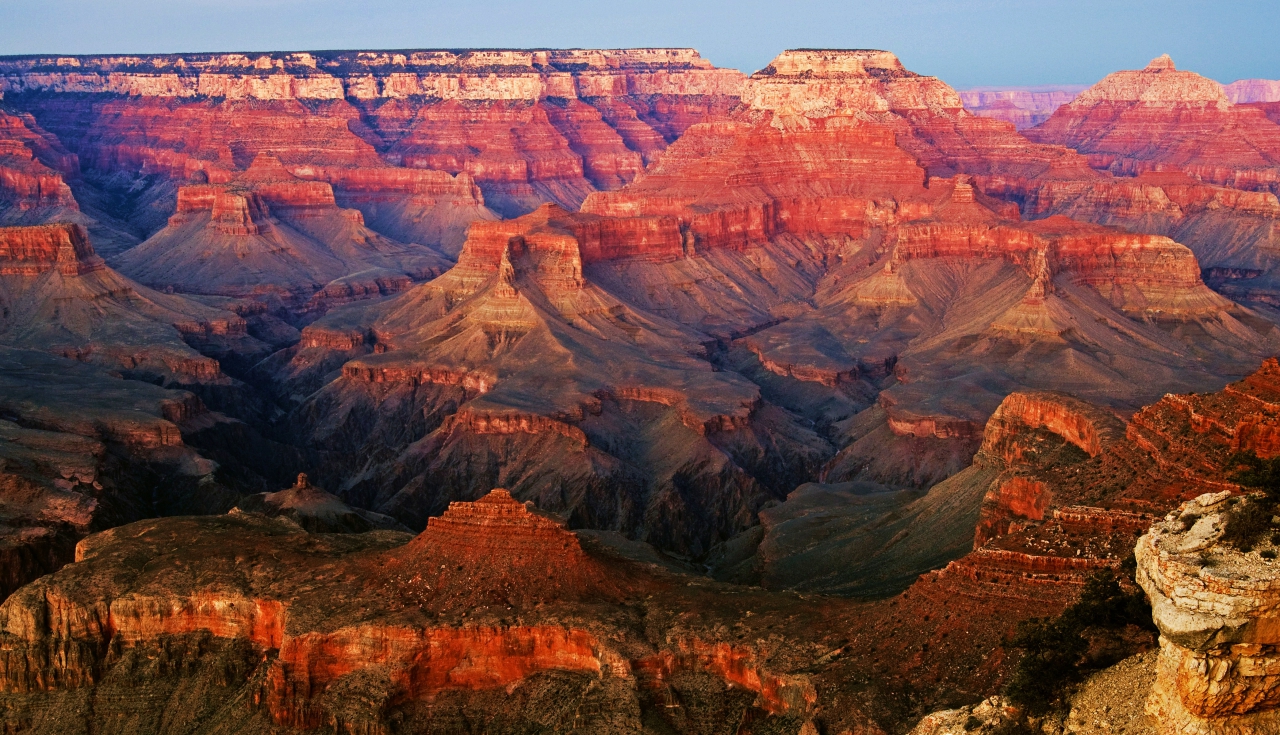 We all know about the Grand Canyon in Arizona by now. A lot of people assume that a crater formed it, but it was actually created through various natural means. Scientists say the Colorado River carved out this 277-mile canyon, and this natural wonder plays host to several tourists per year.

It is said to be around 1.5 million years old, making it one of the oldest things on Earth that we can still go and check out. Due to the way it is formed, it is unlikely we’ll ever see an end to it. 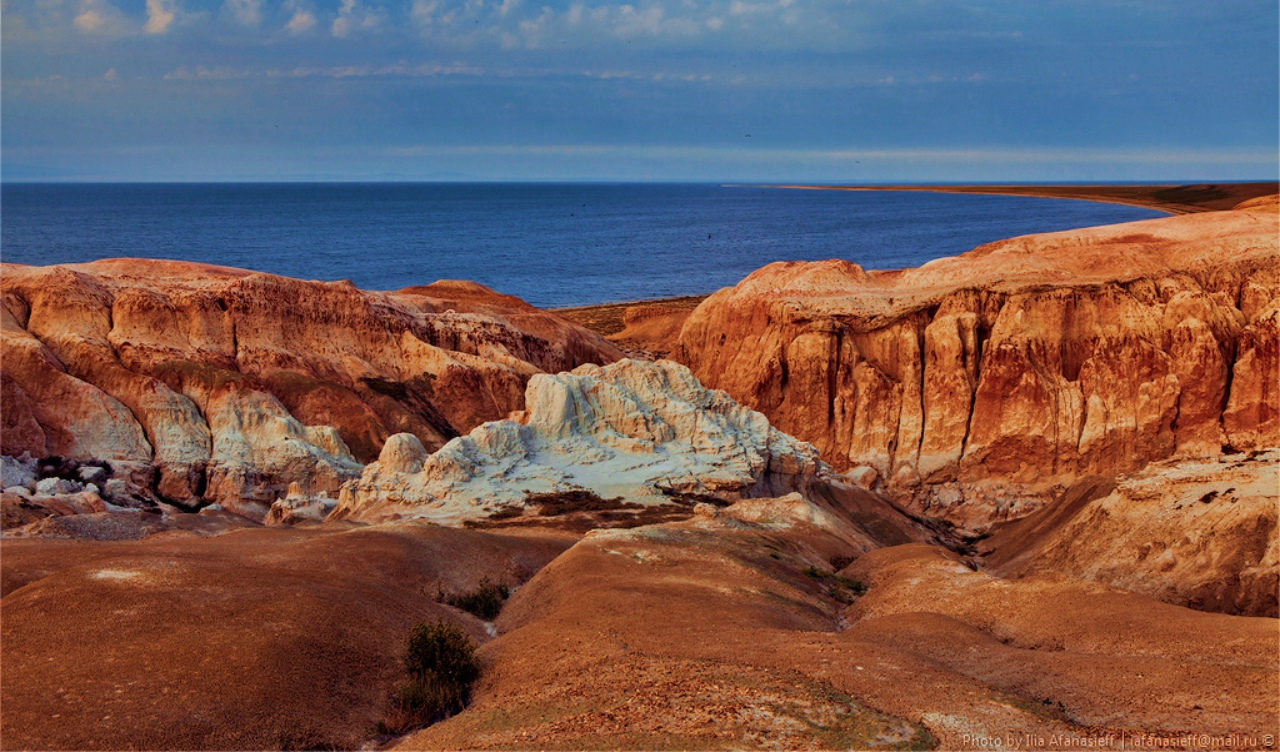 Natural sites are by no means over with the Grand Canyon, as Lake Zaysan is also one of the oldest things on Earth we can still visit today. It is located in Eastern Kazakhstan, in a hollow between the Altai and the Tarbagatai Mountains. It is the oldest lake on the planet today.

Not only is it the oldest, but it happens to be freshwater without a trace of salt. It is nearly 70 million years old, which is why many were surprised that no ocean played a role in its existence. The lake is by no means the biggest on the planet, but at least it has the distinction of being one of the old things on Earth. 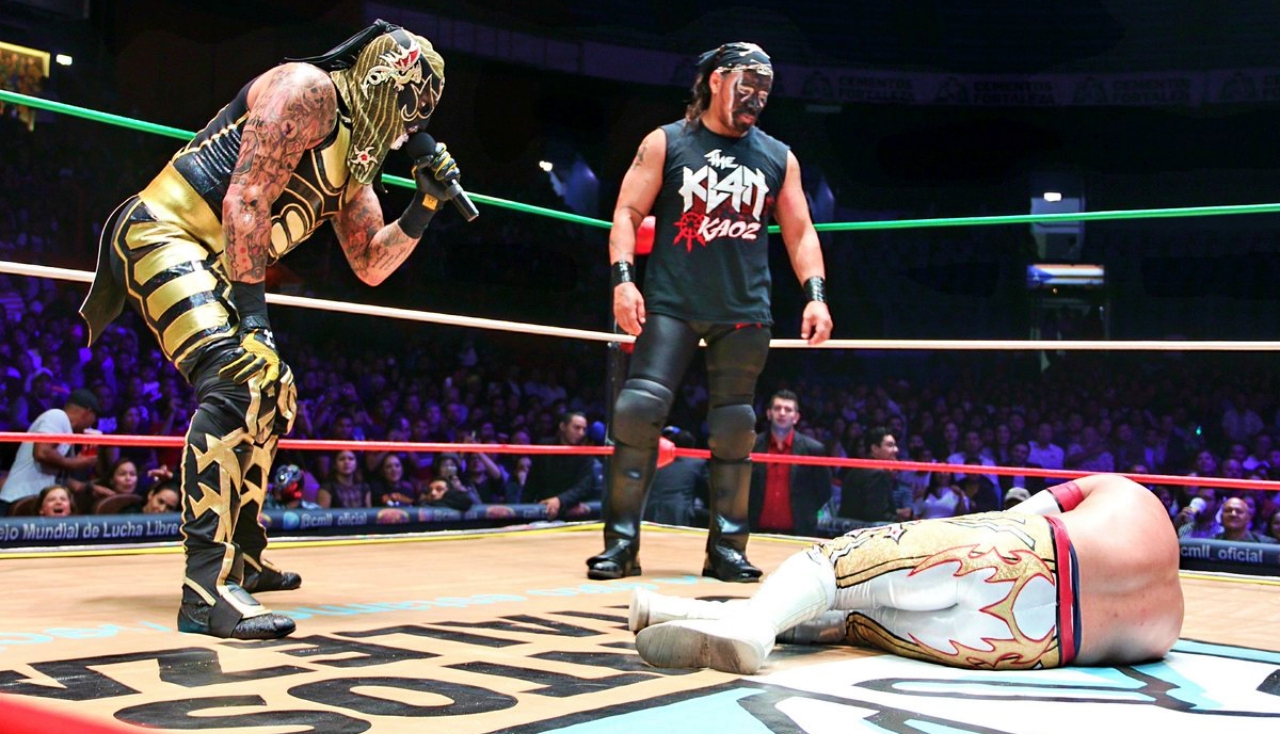 Formerly Empresa Mexicana de Lucha Libre (EMLL) and now known as the Consejo Mundial de Lucha Libre (CMLL), this is the oldest professional wrestling organization in the world. Located in Mexico City, it has been home to some of the most legendary wrestling bouts known to man.

Pro wrestling began in carnivals years ago, taking its role from Greco-Roman wrestling from the ancient world. When people realized this was sometimes more fun than the carnival and circus surrounding it, pro-wrestling branched off as its own thing. CMLL took advantage and was the first home to the now legendary Luchador Wrestlers. They still put on shows to this day! 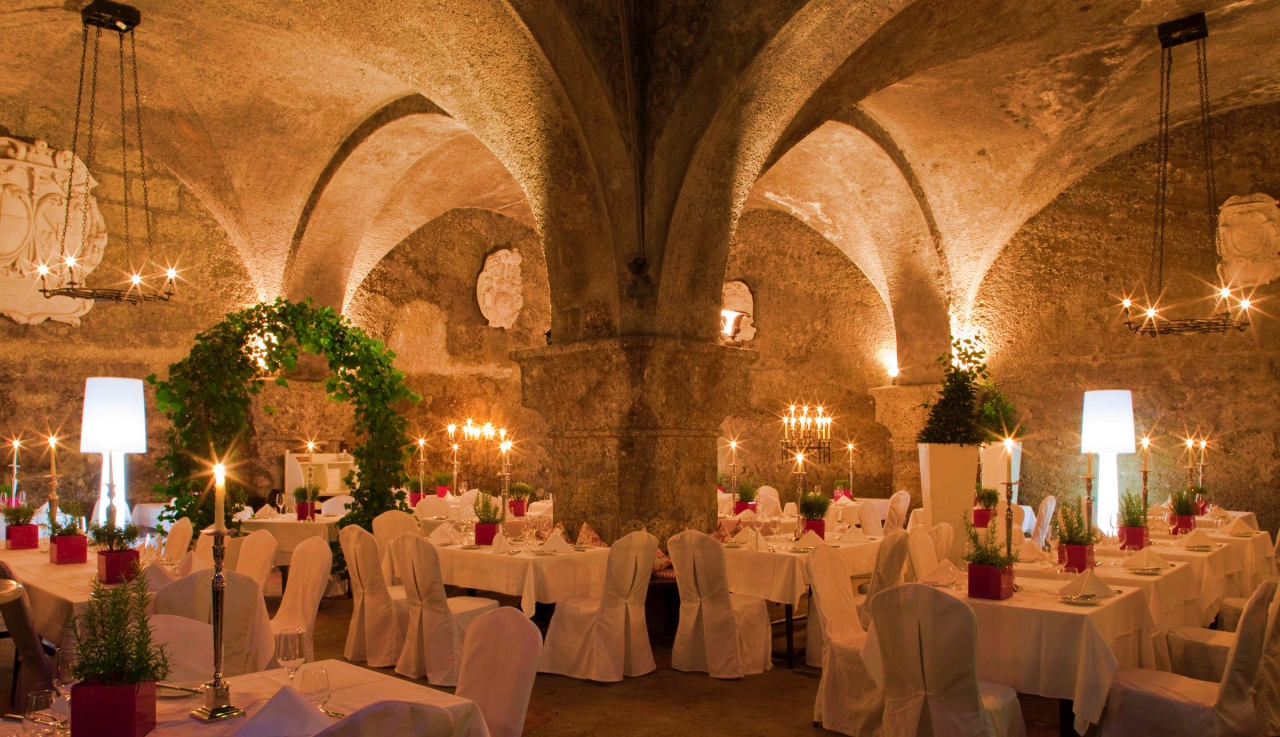 This place happens to be the oldest restaurant in the world that is still open. It began over 1,000 years ago in what is now modern-day Salzburg, Austria. Starting in 803 A.D., the restaurant had served millions of people from all over the world that now head there due to the historic nature. The place is carved into the stone cliffs near the original abbey, so it is not hard to find.

When we talk about old things on Earth, people do not often want to go to a food establishment related to such a thing. However, the food here is said to be as legendary as the place itself. Due to this being the hometown of Mozart, patrons listen to his work as they dine. Ultimately, Stiftskeller is thought to be the best place to visit in the nation. 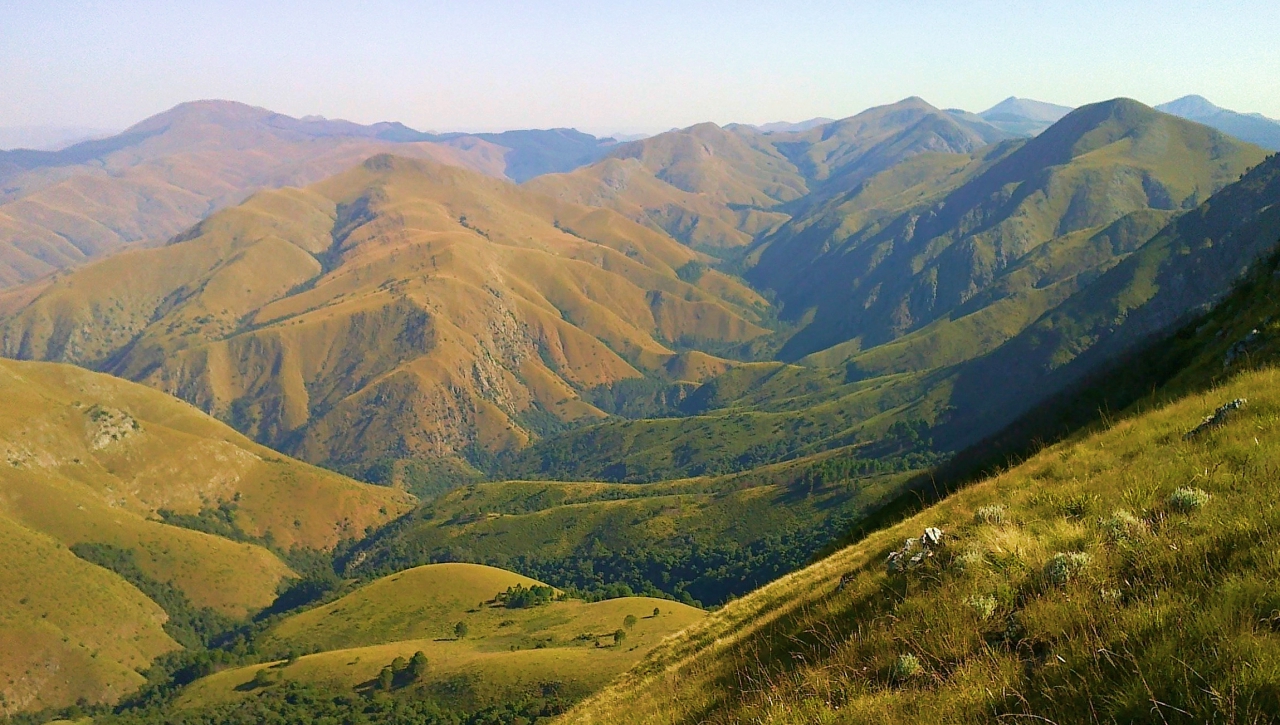 The Makhonjwa Mountains are the oldest mountains on the planet. Found in modern-day South Africa, the mountains are the result of a meteorite impact event that occurred a little over 3.2 billion years ago. This fact means that they have survived several Earth shifts, extinctions, and much more. They are now even a UNESCO World Heritage Site.

The area is well preserved, which is likely due to the region not containing people for such a long time in its history. It is now formed with billions of years worth of volcanic and sedimentary rock, making it one of the old things on Earth that can still be seen today. 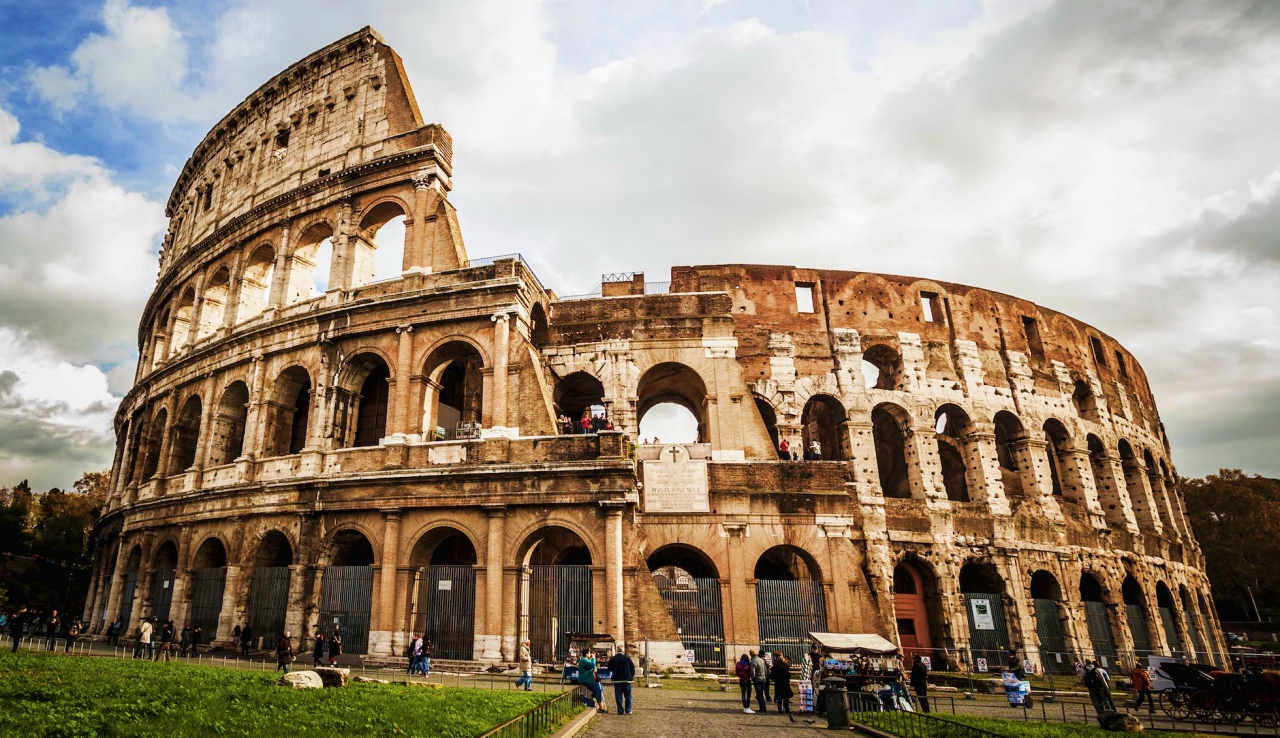 The Roman Colosseum dates back to Ancient Rome when the Romans built it to entertain thousands through brutal sports and combat. The highest achievable amount of people it could hold was around 80,000, with an average of 65,000 for every show the building had.

The Colosseum dates back to 80 AD, making it one of the old things on Earth that are still standing. However, it is not in as good of condition as it used to be. Rome fell hundreds of years ago, and with it, the Colosseum also fell. Earthquakes and numerous stone robbers over the years also contributed to the building’s decay. In spite of its deterioration, it is one of the most well-known Roman-related buildings in history. 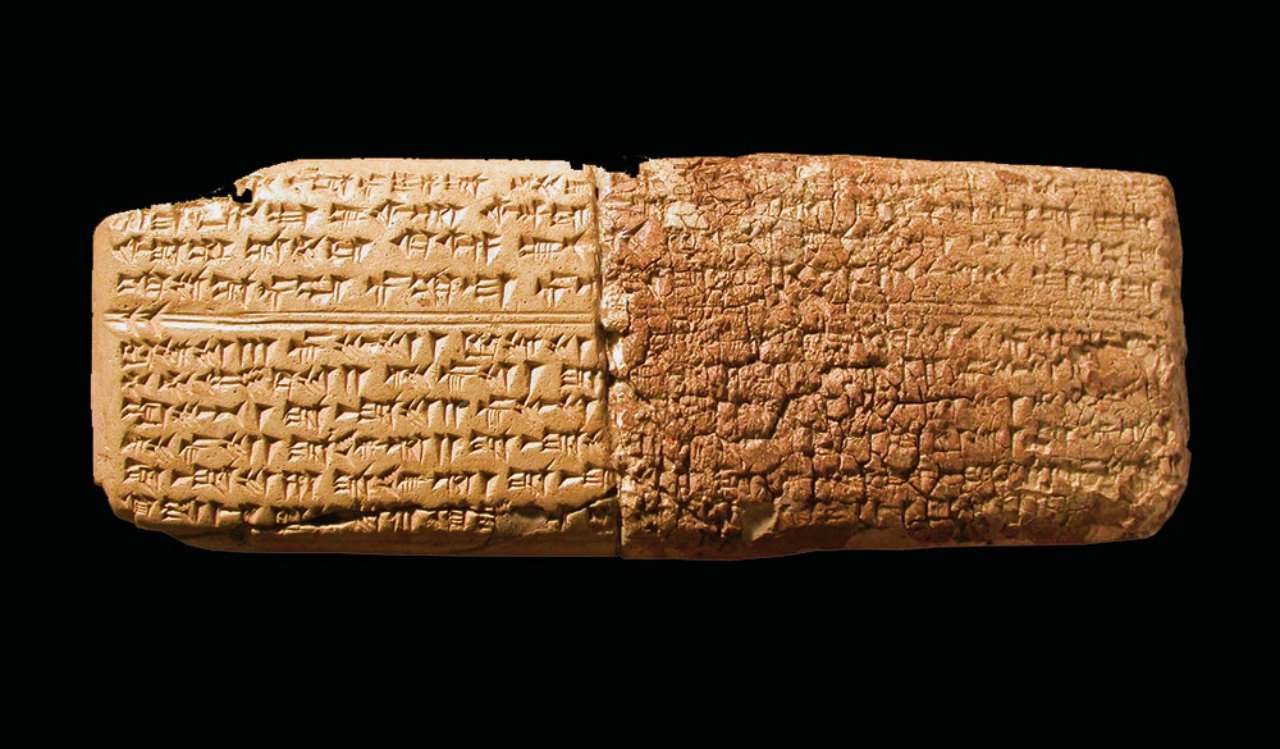 Music of some type goes back centuries. However, it is uncertain how far back written songs go. The interesting thing is that we now have at least some proof that those date back at least 3,000 years. Ugarit, a  Syrian city named Ras Shamra, has a complete hymn written on a clay tablet in the Hurrian language. This language was a later form of cuniform.

The song refers to Nikal, the Moon God’s wife. It is the oldest known song in existence, dating back to 1400 B.C. and is insanely detailed. It goes as far as to instruct how a harpist is to play and how the singer needed to sing the song itself. While it is among the oldest things on Earth, it might require some retooling as a song. 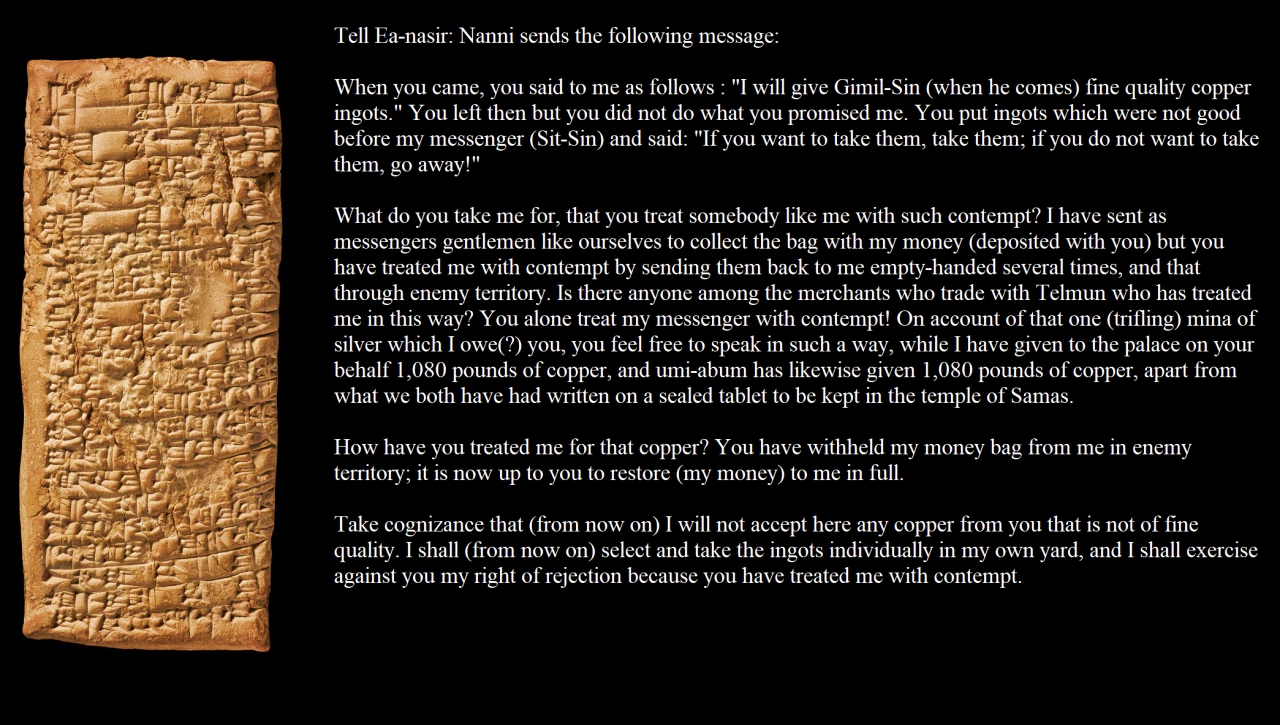 Good service is hard to find, you know? At least, that is one what one Ancient Babylonian named Nanni felt, as he seemed extra ticked off at a guy named Ea-Nasir. Their issue had to do with Ea-Nasir delivering the wrong grade of copper ore after a gulf voyage in 1750 B.C.

Then there was this whole thing about random misdirection and delaying further delivery. You know how frustrating Ea-Nasir can sometimes be, right? He’s such a Nasir at this point. Then ole’ Nanni was all, if you’re gonna be like this, you’re not going to get deals at my place of business. This is the earliest sign of shade that we can find in existence. 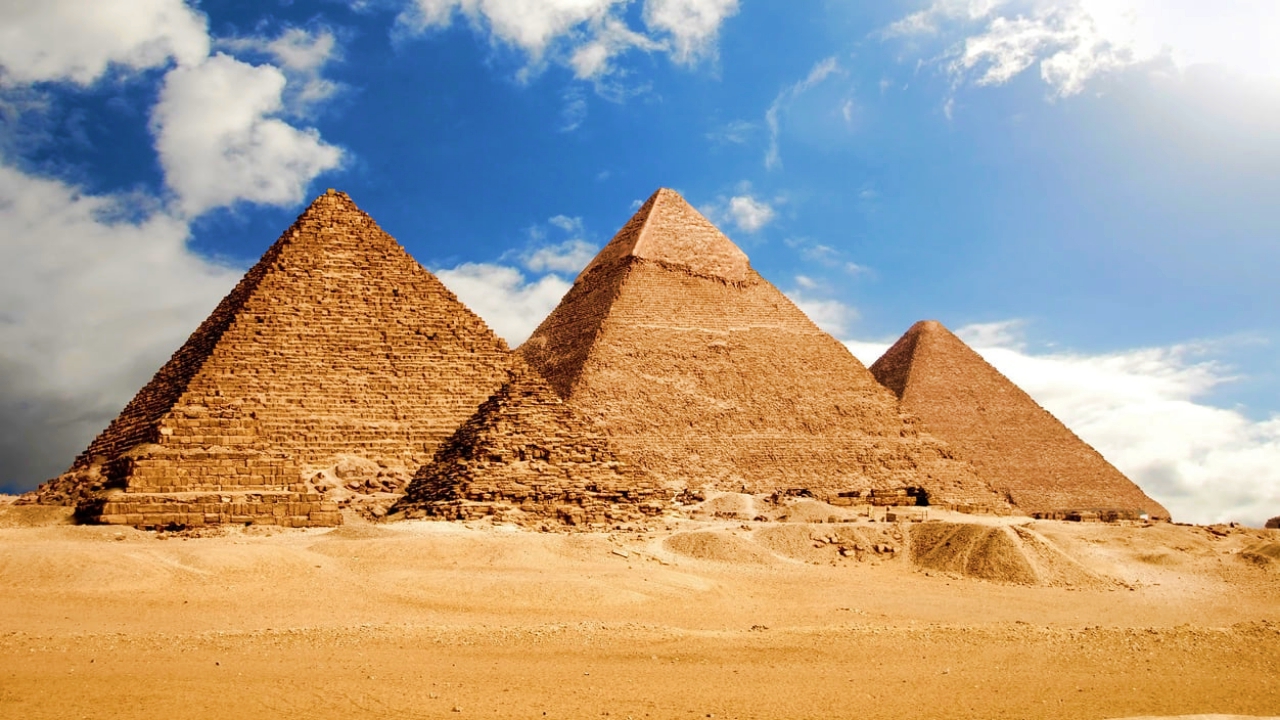 As a piece of history about the Great Pyramids, they were not made at the same time. They are so old that they have moved with the Earth. It is unknown how they were able to turn out so impressive, and anthropologists are at a loss for how the Egyptians were able to accomplish it without aliens or modern technology. The most famous pyramid among them is the Great Pyramid of Giza.

At the time named Khufu’s Horizon, it was built somewhere between 2580–2560 BC. One common assumption was that all Egyptians from the Ancient world were around when they went up, but this is untrue. The infamous Queen Cleopatra is closer in age to the invention of the iPhone than to any of the Great Pyramids. 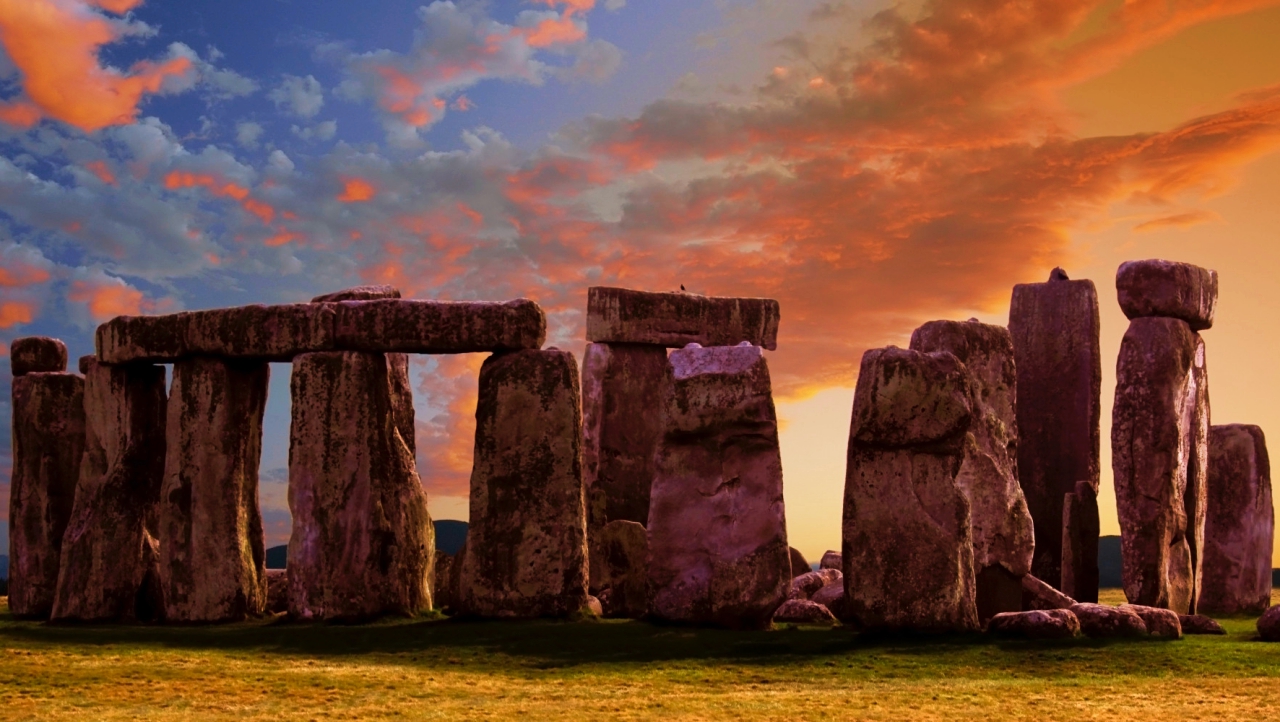 Stonehenge’s rocks have several conspiracy theories surrounding them, not the least of which involves aliens. We won’t claim that they didn’t have a part in this exactly perfect organization of rocks because we cannot rule it out yet. The structure of stones dates back to between 3000-2000 BCE according to archeologists.

They are among the old things on Earth that people have to visit before they die. They may not seem like that big of a deal, as a picture seems like enough. However, getting up close to this structure is an awe-inspiring experience. We don’t recommend trying to move them though, as Scotland Yard isn’t a fan of such an attempt. 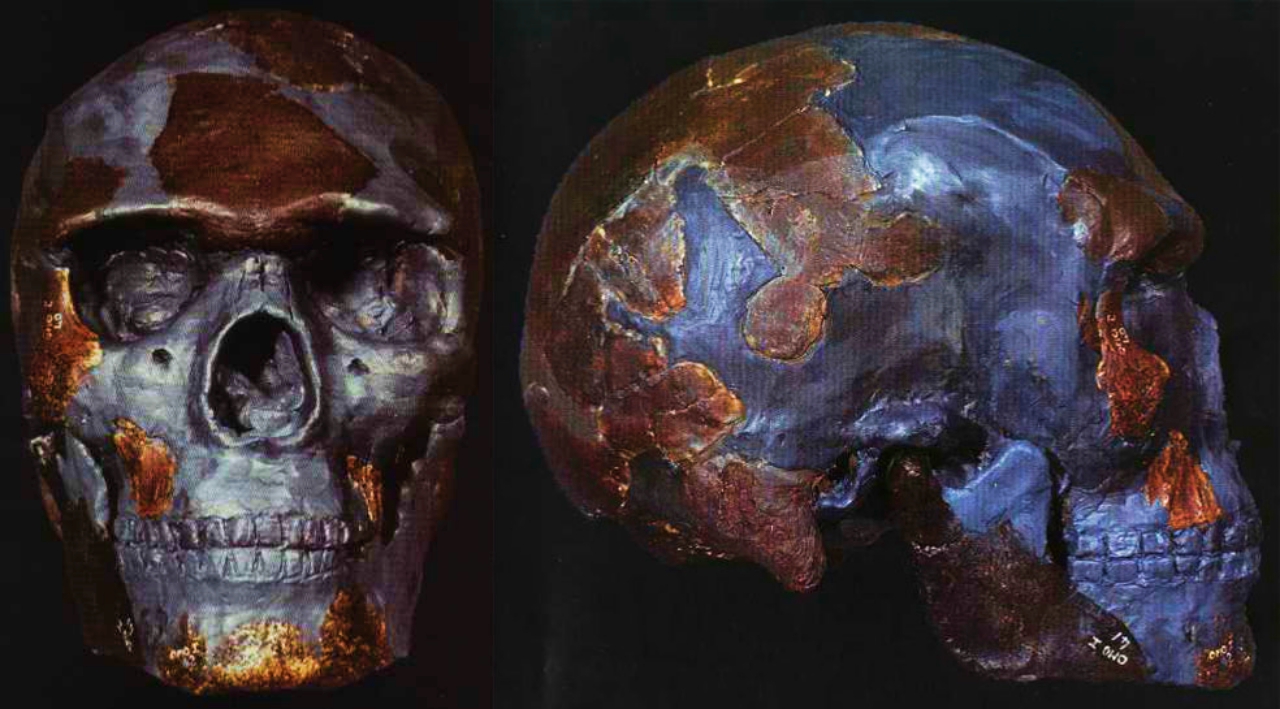 The oldest known human remains date from almost 200,000 years ago. When we say human, we mean Homosapiens! They are known as the Omo Remains and were found in the 1960s in Ethiopia by acclaimed anthropologist Richard Leakey and his team.

The fossils were thought to be around 130,000 years old, which is plenty impressive. However, the Omo Remains were revised using more modern techniques in the early 21st century and were found to be closer to 195,000 years of age. 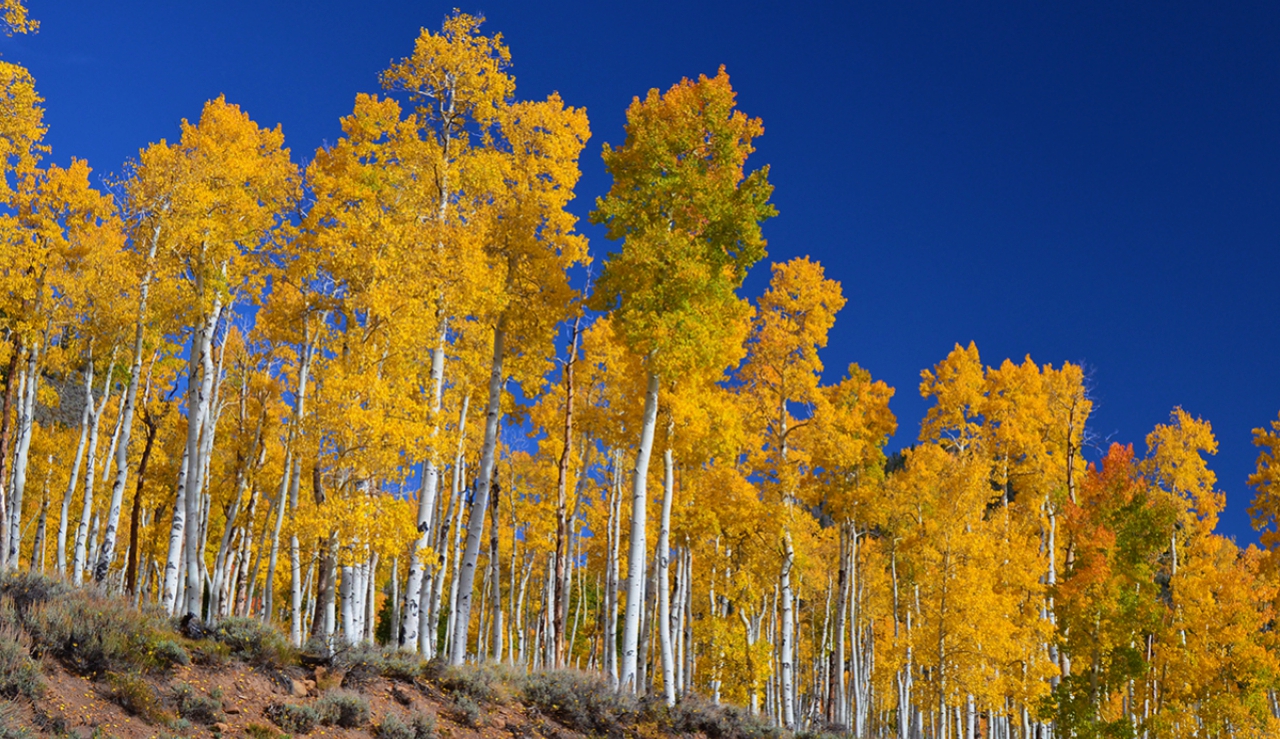 The oldest living tree on the planet is around 80,000 years old and was given the name of Pando. On top of being the oldest tree, it is also among the oldest living organisms on Earth too. Pando itself is a clonal colony that actually shares an underground root system. Above ground, you can see that Pando is a ton of trees, but underground, it’s a single organism.

Every tree you see is a clone of the original. Scientists assume that the only reason it lasted 80,000 years and is still going to this day is due to its cloning ability. However, studies regarding Pando find that it is slowly dying due to declining for decades in its size and reproduction of trees. While climate change plays one part, overgrazing and human development are the biggest threat. 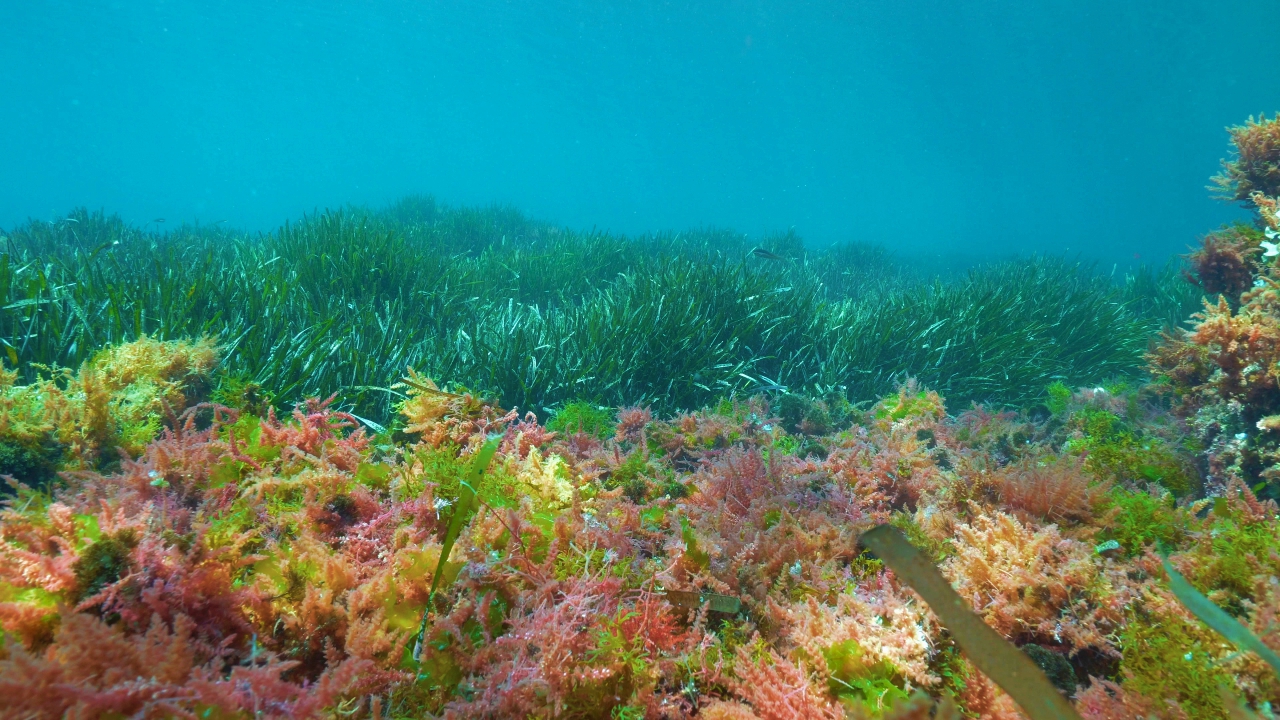 Some samples of these unassuming contenders are at least 100,000 years old, but they may even be twice that age! 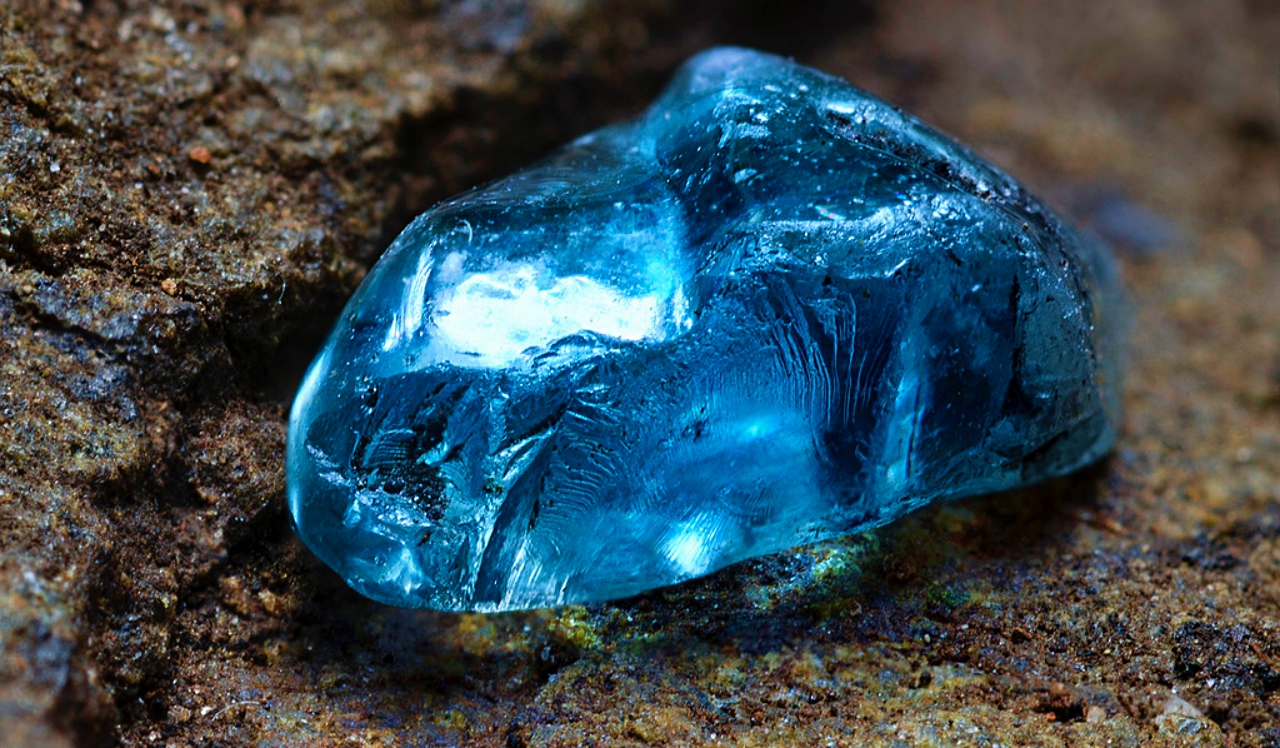 The crown for “The Oldest Thing On Earth” had better be a pretty small little thing because it has to fit on an object that is almost invisible to the naked eye. Scientists have concluded that the oldest thing ever identified is a tiny bit of zircon crystal.

It’s bright yellow, about the size of a grain of sand, and reportedly around 4.4 billion years old. This little object has been with us for the long run, folks. We must protect it, for it’s clear that the crystal is priceless.