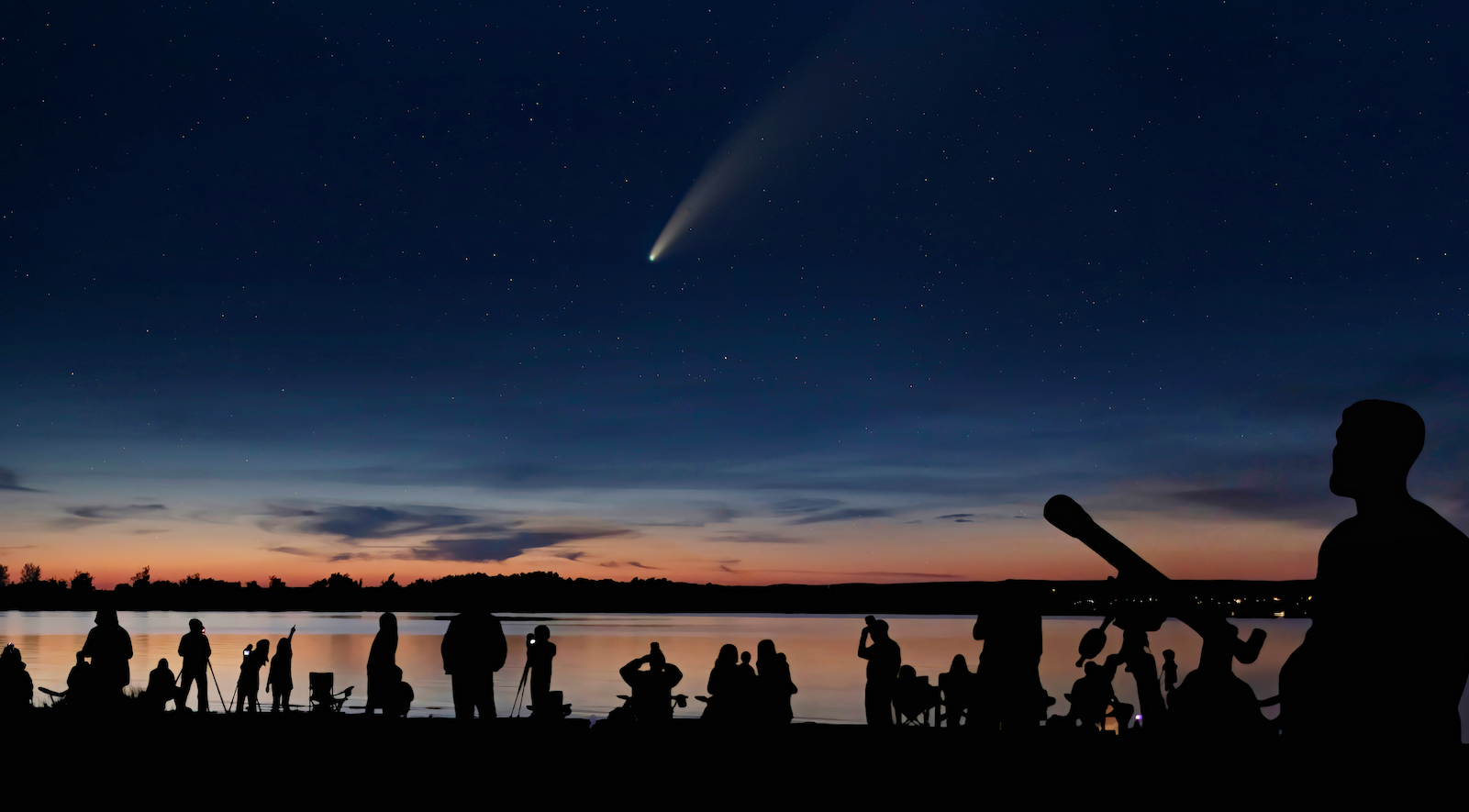 Unless you are either an astrophysicist, an astronomer or an embittered, failed astrophysicist or astronomer, chances are good that you don’t spend much time thinking about comets. But if you took a little time to learn more about these soaring celestial spheres, you might find them so fascinating that your current interest in watching “The Jersey Shore” or reading Teen Vogue might just be replaced by a bit of cosmetology. Not that that’s a real word or anything, but it should be, dammit. Why? Because comets are amazing!

The sun thinks that just because it’s the most massive thing in our solar system (OK, its solar system) that it gets to leave its mark on everything. And comets are no exception. Aside from the obvious fact that the sun dictates a comet’s orbit speed, pattern and distance, as it is solar gravity acting on the sun, it also controls where the comet’s tail ends up. That’s because the solar winds – charged particles (mostly electrons and protons) blasted away from the sun – act on the thin particles and gas molecules that escape from comets, pushing them out away from the sun, thus creating the arced shape you will see in many comet tails.

4 Bigger Than a Breadbasket

Most comets are just a few miles across. Some have been calculated at upwards of 20 miles in diameter, but that is a rather large comet; certainly bigger than average. Not that impressive, you say? Well, fine, but when you take the length of the average comet’s “tail” into consideration, they grow a bit more impressive. The average comet’s tail, that striking trail of glowing dust and gas left behind the humble sphere, stretches anywhere between one million and more than five million miles in length!

Halley’s Comet is likely the most famous of all comets, and with good reason: it comes around like clockwork every 76 years. And while this trusty sphere of space ice was named for Sir Edmund Halley, a British astronomer who calculated the likely orbit duration of the comet in the year 1705, it has been known to humankind for thousands of years. Halley’s Comet is noted in ancient texts dating back centuries into the pre-common era, making it the most famous comet of both our times and times gone by.

Comets usually go zooming around the solar system at speeds of around 90,000 miles an hour. But some comets, especially as they arc closer to the massive gravitational pull of the sun, have been clocked moving as fast as 350,000 miles an hour, or more than 100 miles per second! What do you have to say about that, Dale Earnhardt, Jr.? Nothing? Did he even read this? And still no comment? Yeah, that’s right.

Many scientists now accept the theory that it was comets, being largely made up of ice, which delivered the earth its water several billion years ago. Without the water delivered by these icy behemoths, the conditions that led to life on our planet might never have existed. Oh, and “delivery” consisted of violent crashing.