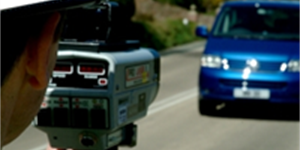 We all know the staggering speed of light and the harrowing speed of sound (which, in case you don’t actually know them, are 186,280 miles per second and 768 miles per hour, respectively). Anyone can look up various speed records set by racecars, or the fastest times achieved by Olympic sprinters. But there are other speed records out there that are no less amazing than these timeworn figures, albeit less commonly considered. Let’s take a moment today to honor some of the fastest but least-lauded things on earth! 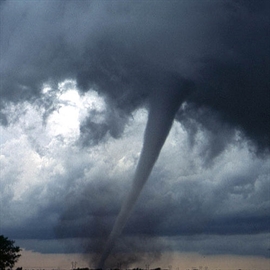 The fastest wind speed ever recorded is enough to knock you off your feet five times over. Not surprisingly, the record for moving air was caused by a tornado. The funnel in question produced wind speeds reaching 318 miles per hour. Sadly, four people died and hundreds of homes were destroyed by the mighty tornado, which ravaged suburbs of Oklahoma City in May of 1999.

4 The Fastest Runner on Two Legs 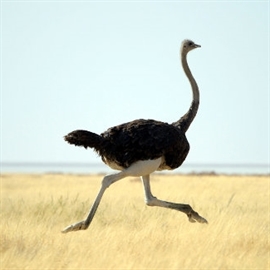 No, it’s not Usain Bolt. Bolt may be the fastest human being alive today, but he is far from holding the record as the fastest bipedal on our fair planet. The ostrich is not only the largest living bird in the world, but also the fastest two-legged runner alive. These huge birds can run up to 45 miles per hour in short bursts, and can sustain speeds of around 30 mph over distances.

3 The Fastest Bird in the World 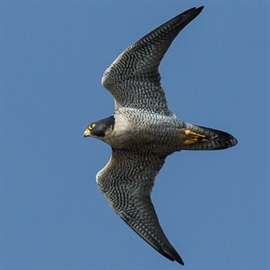 The peregrine falcon can dive more than twice as fast as fighter planes flew during World War I. Their top speeds have been calculated at nearly 250 miles per hour! The falcon’s amazing flying prowess makes it one of the most formidable hunters on earth, and has helped this raptor take up residence on every one of the planet’s continents except for Antarctica. 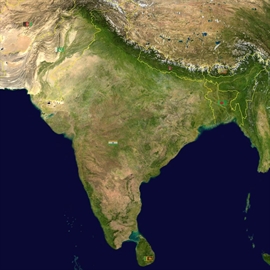 When it comes to setting speed records, you have to think in relative terms when studying continental drift. We are talking about inches a year, not miles an hour, after all. But in the context of an entire goddamn continent’s motion, the Indian subcontinent is planet earth’s sprinter. Riding on a huge pool of molten rock surging deep beneath its landmass, India moves up to 7.9 inches north every year. As an added bonus, this movement thrusts the lofty peaks of the Himalayan Mountains higher into the sky each year.

1 The Speed of Breaking Glass 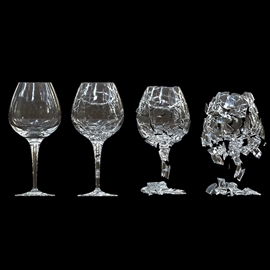 Take an ordinary pane of glass and smash it with an ordinary hammer and you have not only just made a nice, jagged mess for yourself (and also are potentially breaking and entering) – you have just created cracks that travelled at an astonishing 3,000 miles per hour. The exact rate at which glass cracks is dependent upon various factors, most obviously the specific composition of the sample being cracked, but suffice it to say that all glass shatters at breakneck speed.