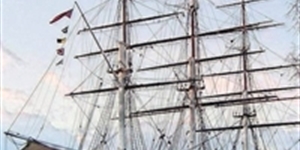 For thousands of years, human beings have bravely taken to the open seas, sailing or paddling or rowing their way across untold miles of water in search of conquest, in search of glory, or in search of a nice salmon filet for dinner. We hear accounts of the Vikings sailing all the way to North America in their open long ships; we know tales of Polynesian voyagers traveling across vast expanses of the Pacific on rafts. From the smallest skiff to the mightiest galleon, we are a race well suited to seafaring. Especially when we do so aboard ships the size of skyscrapers. 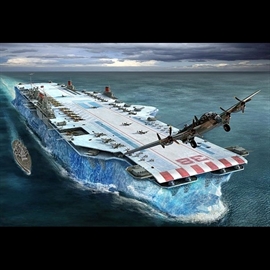 The largest ship never built was a wonderfully strange concept. What floats really well? Icebergs. What did the British Navy need during WWII? Really big aircraft carriers. Bam! Aircraft carrier made out of ice! Project Habakkuk was the operation’s name, and pykrete was its game. Pykrete is a mixture of water and wood pulp; when frozen, it forms a reliable, extremely slow-melting slurry. The planned vessel would have been more than 2,000 feet long, so heavy bombers could use it as a floating runway. But thanks both to the war ending and to the fact that it was insanity incarnate, Habakkuk was scrapped before it ever left the design table. 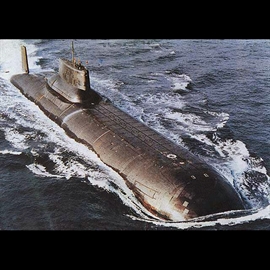 We have come a long way since patriot Ezra Lee steered a human-powered submersible toward a British ship lying at anchor in New York harbor. Rather than being about the size of a Mini Cooper, today’s biggest submarines are the Russian Typhoon-class nuclear-powered ballistic missile subs. They’re around 575 feet long, and can stay submerged for up to four months at a time. During that time, a Typhoon submarine could theoretically circle the entire globe more than three times.

3 Allure of the Seas 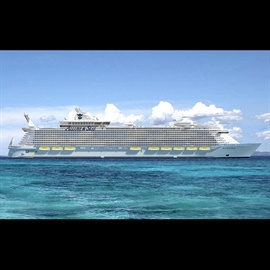 The world’s largest cruise ship is a title held jointly by two craft, both owned by the company Royal Caribbean. The Allure of the Seas and the sister ship Oasis of the Seas are both a staggering 1,180+ feet in length. They can carry more than 6,000 passengers and crew on a given journey. These floating cities cruise around the seas at over 25 mph – just don’t ask them to stop quickly. 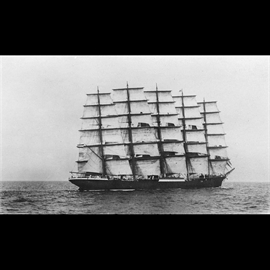 The biggest sailing vessel of all time is a tricky call, as so many modern “sailing ships” also have powered motors. Thus is it that we elect the German ship the Preussen as the biggest ever sailing ship, because this five-mast craft, steel-hulled boat used sail power as its only propulsion. Launched in 1902, it was not the biggest ship on the water, but at more than 480 feet in length, and with masts reaching up some 220 feet, it was still pretty damn big! She sank off the coast of Connecticut after a maritime accident in 1910. 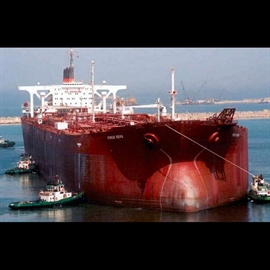 The hands-down biggest goddamn boat ever has borne many a-name. At various times she was called everything from Mont to Knock Nevis, Jahre Viking to Happy Giant, and also the Seawise Giant. The reason for the many names is many different owners — this behemoth super tanker changed hands many times in her 20 year run, which ended in 2009. She was sunk once and recovered, which is no easy feat considering the ship was more than 1,500 feet long. The Empire State building? It’s only 1,454 feet tall.