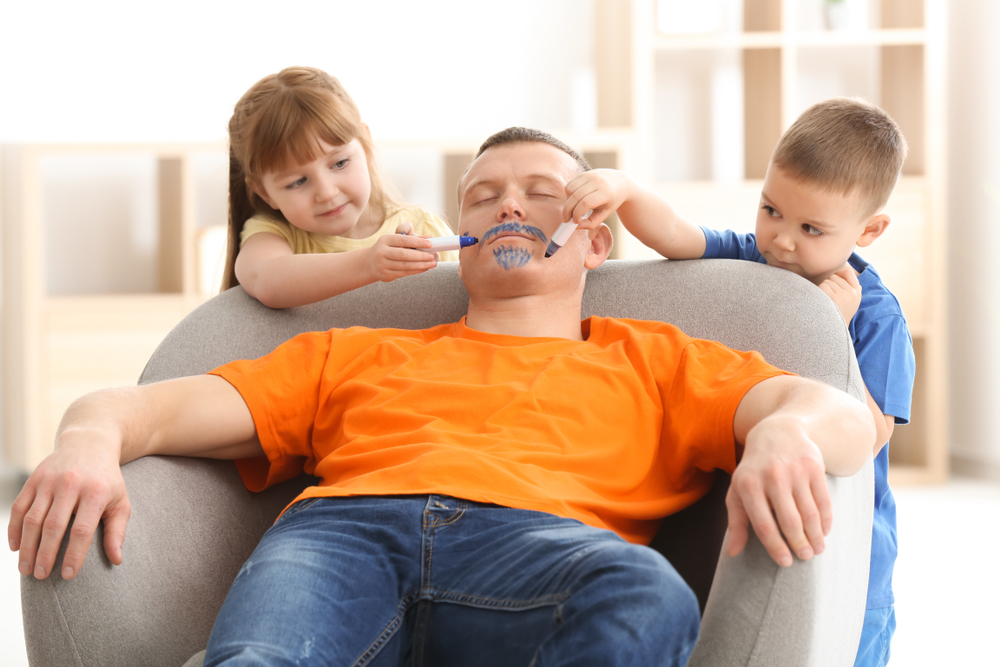 For those of you who have been on the Internet for the past few years, you may have witnessed a slowly growing phenomenon known as the “prank video” or simply “pranking.” The thing is, many of these pranks are not so much amusing as they are rife with potential for grievous bodily harm, irreparable damage to personal property and/or a wellspring of protracted shame. Hilarious pranks need to be harmless. In the classic sense of the word, throwing a giant rubber ball at someone’s face? That’s not a prank. Spreading a slippery substance, such as butter, on a hard-surfaced floor so that someone falls over? Not a prank. Shaving someone’s eyebrows? Let’s get back to the classic, harmless (or less harmful) pranks handed down to us across the years, shall we?

Here are the top harmless but hilarious pranks of all time:

People will love you if you showed up with a box of donuts. But when they open the box, they will soon realize that you replaced the donuts with vegetables.

Nothing tastes as sad as veggies that were supposed to be donuts. You will be the most hated person for the day.

14.) Taking Over the Sensor

Want to mess with someone’s TV or computer without harming their goods? Attach a tiny piece of tape over the laser sensor under their remote or mouse. It will temporarily block the signal.

You need to make sure the tape is the same color as the item. This will leave the person you are trying to prank confused.

If you want someone to have a mini heart attack over a prank, this will be the best one yet! You don’t want to destroy their belongings, but you can trick them for a second.

All you need is to glass surface and some glue. This will fill in for milk since it’s white.

When you first see this plate, you will think it’s a delicious plate of chicken nuggets. Then once you bite into one of them, you will realize it’s a bar of soap!

The soapy mouthfeel will remind everyone that eating healthy is the way to go!

11.) Bubble Wrap Under the Rug

Go to a store and buy some bubble wrap. Measure out enough to hide under a rug that is constantly used.

Once someone steps down, they will hear a bang that will make them hide for cover.

Fill a bowl with someone’s favorite cereal and milk, then put it into a freezer overnight. Serve them breakfast in bed and watch them try to scoop up some breakfast.

For extra laughs, put the spoon in the milk before freezing the breakfast. They will try and pull at the spoon before giving up.

Depending on how many stalls there are in a shared bathroom, create some fake lower legs and feed. Using shoes and pants stuffed with towels or cloth.

Then, place them inside the stalls before people start showing up. People will start getting annoyed that someone (or something) is hogging up the stalls all day!

First, you need to borrow the victim’s deodorant they are not looking. Start by twisting the bottom of the container until about two inches of deodorant comes out.

Remove it with a spoon or knife and replace it with cream cheese. This prank takes patience, but your creativity will make the victim scream because they are unsure of what is going on.

The hardest part of the prank will be getting the sing on the car without the person noticing. Place the message on the bumper and watch them get honked at all day.

Start by filling a spray bottle with warm water and wait for your moment to sneeze. When you are standing behind someone, hold the spray bottle up to your face and let out a sneeze. This will cover the person’s back and neck with the water, but they will think it is snot.

Then apologize a lot and let them believe that you really sneezed all over them. To make sure they don’t think you are gross, reveal the truth of your prank!

If you’re super bored one day and you have a quarter and some glue, just phone it in with one of the oldest tricks in the book.

A coin glued to a sidewalk will give you cheap thrills for hours on end. Or maybe one hour. Or probably at least six or seven minutes.

Here’s a quick one for the office-bound folks: Wait until your coworker goes for coffee/lunch/crying in the bathroom, then hop on their computer. Go to the desktop. Hit “Print Screen” and then save the image as a JPEG or GIF.

Now open said image to a full-screen view and then hurry back to your desk. When they return, they’ll not realize they’re clicking on a picture and will think their computer has frozen! Stop them before they unleash years of pent up rage and destroy it if you can.

Complex prank calls are still hilarious. There’s no need to call someone up and simply hurl expletives at them, no! Not when you instead call two people at the same time, briefly impersonate each, and then conference the two lines together. Then sit back and listen in as hilarity ensues.

This prank has had wildly successful results when two or more people who are less than masters of the English language are unwittingly put in touch.

This is a timeless, classic prank that can be confusing, amusing and won’t end up with anyone heading off to the ER or courthouse. It also couldn’t be much simpler.

All you do is follow three steps: Take the “flat” sheet and tuck it under the head of the mattress (under the pillows). Then, fold the flat sheet approximately in half, with one edge, apparently the regular “top” of the sheet, neatly in place where it would be if the bed was made properly. Finally, cackle with glee as your victim slides into bed, only to realize they can only get halfway in!

The old “cup on the ceiling” prank gets people every time. First, you challenge someone to a balanced contest (or some other rouse, it doesn’t matter how you get them into this position) wherein they will hold a cup full of water pinned to the ceiling with a broom handle while standing on one foot.

Hop up on a chair and help them get the cup squeezed between the ceiling and the shaft of the broom … then walk away, leaving them either stuck or soaked! (Pro tip: what you put in the cup has a lot of bearing on this prank.)