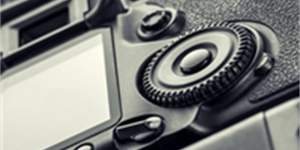 Ultimately, the best Digital Single Lens Reflex camera for you is just that, the best DSLR, for you. From the features to the size and weight to the adaptability to the price to the purpose for which it will be used, there are so many factors that affect which camera is right for which person that anyone daring to say that a given camera is hands-down better than the rest will have a hard time winning his or her argument. So, what we have done today is picked five cameras that are at least relatively distinct from one another and laid out some of the facets that make them inarguably great, if not supreme.
We are talking here about camera bodies themselves, of course, and not about lenses, which are all-important but also would require way too much time to cover jointly. So know that what we refer to is always about a base “body” of a DSLR only. (Oh, and perhaps you want to know what Digital Single Lens Reflex means, anyway: it means, in the simplest terms, that what you see is what you get. The image you see through the viewfinder is the same image being projected through the lens and onto the “film plane,” or the place where the actual image is captured, and then reflected up to your eye. Got it? Much better than point-and-shoots!) 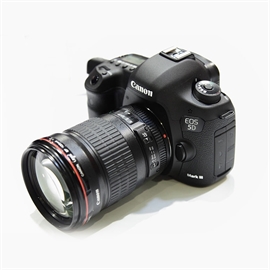 Canon EOS 5D Mark III is a damn good camera. So why is it number five on the list? Well, mostly it’s because at $3,500, we can only afford to buy three of them this month. With that price tag comes quality, to be sure. 23 million pixels just hungry for whatever you point the lens at and a wonderfully wide range ISO, with a base setting of 100-25600! You could take pictures on the surface of the sun and still capture usable images, almost! Except not really. But super bright everyday kind of sunlight? Not a problem at all. With beautiful HD video at a range of compression rates (important if you’re a certain kind of videographer and/or nerd) and even decent quality sound recording, to boot, this camera is great for the person who wants to take both professional grade pictures and videos. 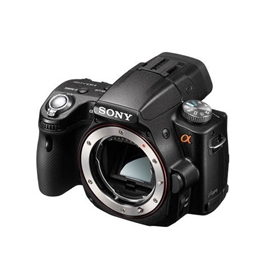 Number four on our list is by far the most moderately priced DSLR we’re addressing today. At just under $450, the Sony Alpha DSLR-SLT-A55 is affordable for most with a burgeoning interest in photography and good enough for most to be happy with their purchase. It boasts solid stats, with over 16 MP and it shoots in HD video. While not a camera that is going to make professional wildlife photographers or portrait makers jump out of their respective hiking boots or polished loafers, if you want a solid camera at a good wage earner’s pay grade, this is one to consider. 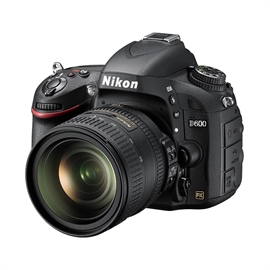 The Nikon D600 takes it up a bit it terms in price, but also in quality. This camera is in the middle of our list as, at two grand, it’s neither cheap nor staggeringly pricey. But with more than 24 megapixels, it will give you staggeringly good image quality. Cropping and zooming is a breeze when you have resolution like this! And the cinema-quality HD video and excellent versatility from low light to bright shooting capability will have you feeling like you got your money’s worth. 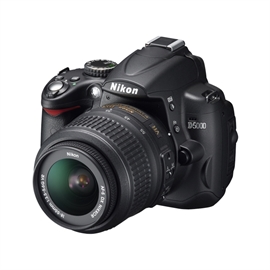 Nikon D500. 16.2 megapixels is nothing to scoff at. Neither is 1080p Full HD video – in fact, that’s more like stunning feature film quality video. You could shoot a professional television show or commercial on this thing and no one would bat an eye (know how we know? People do it all the time). And at a relatively affordable $600 base price, this is professional grade camera equipment made available to the people. Photographers of the world, unite! 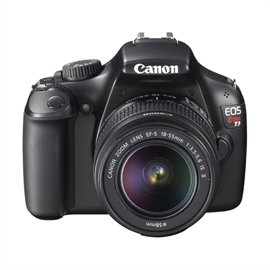 Canon EOS Rebel series of cameras has long been one of the top contenders in the consumer DSLR market and with good cause: they are relatively simple, relatively wonderful cameras. The T3i entrant into this long line of SLR digis is a fine one indeed: 18 million pixels of fine resolution and a base ISO (or speed/sensitivity to light) of 100 – 6400 (that’s pretty good!) make it a nice package for the serious amateur or the casual professional photographer. Oh, and its screen flips out and rotates – isn’t that nice?