The Top 5 Densest Things on Earth 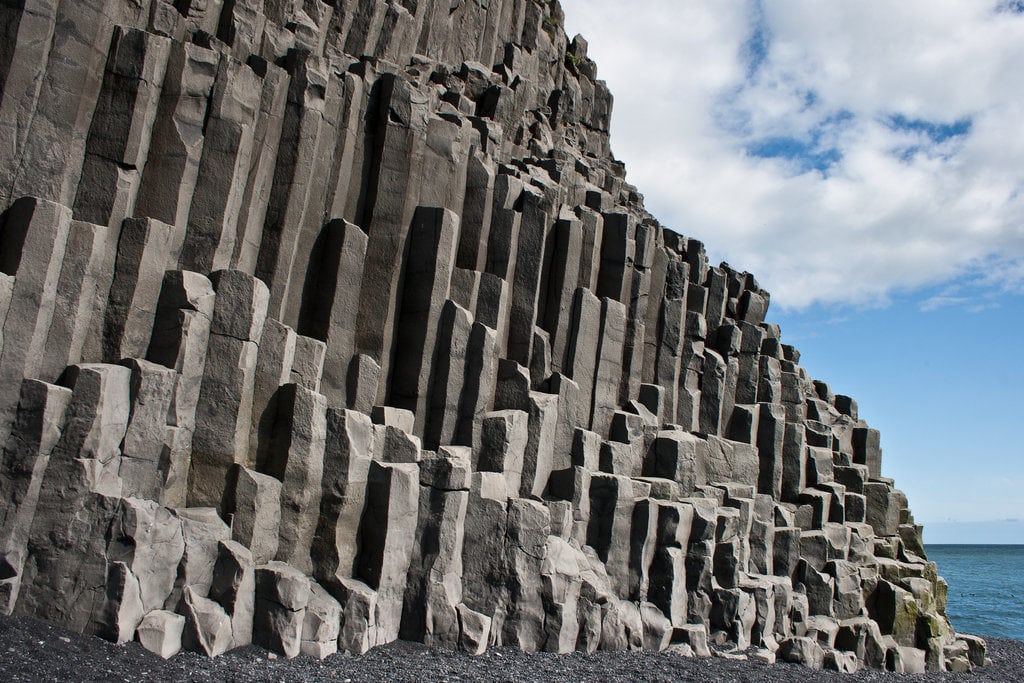 Contrary to popular belief, the densest material on earth is not to be found between the ears of various 24-hour news channel pundits. (That is just called “stupidity.”) In fact, our planet is home to dense compounds and elements much denser than your average Beck or Blitzer! And the obvious materials that come to mind when you think of dense, heavy materials, such as lead or sand? Not even close to this Top 5 list. Instead, materials more likely to be found in your freshman science class or a superhero movie make up our list of the densest things on Earth.

Here are Top 5 densest material and places on earth: 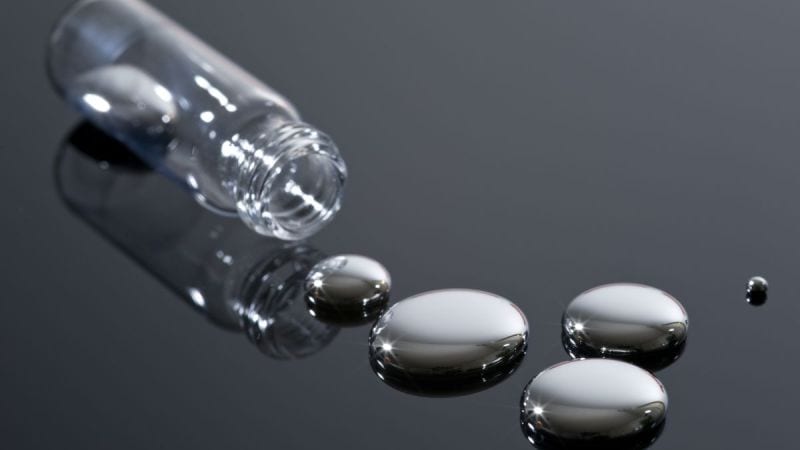 One of the densest materials in “liquid” form on earth is actually a metal: mercury. Mercury is not only awesome to look at and incredibly poisonous to ingest, but it is also more than 12 times denser than water. It rates at 13.5 grams per cubic cm on the ol’ density scale, making it denser than many solid metals, including lead.

It is commonly known as quicksilver. It is the only metallic element that is found liquid in room temperature and pressure . Mercury occurs in deposits throughout the world mostly as cinnabar (mercuric sulfide). Mercury is commonly used in hospital tools and equipment like clinical thermometers, barometers although they are being phased out due to the poisonous nature of mercury.
Mercury gets its name from the fastest moving planet in our solar system and has been known to humans for thousands of years. Believe it or not, mercury has been found in the tombs of ancient Egyptians buried more than 3,500 years ago.
Extra credit:
In order to get mercury into a solid state, you have to chill it to right around negative 38 degrees Fahrenheit, which just so happens to also be negative 38 Celsius!
Mercury is also a poor conductor of heat but a fair conductor of electricity which makes it different from other metals. 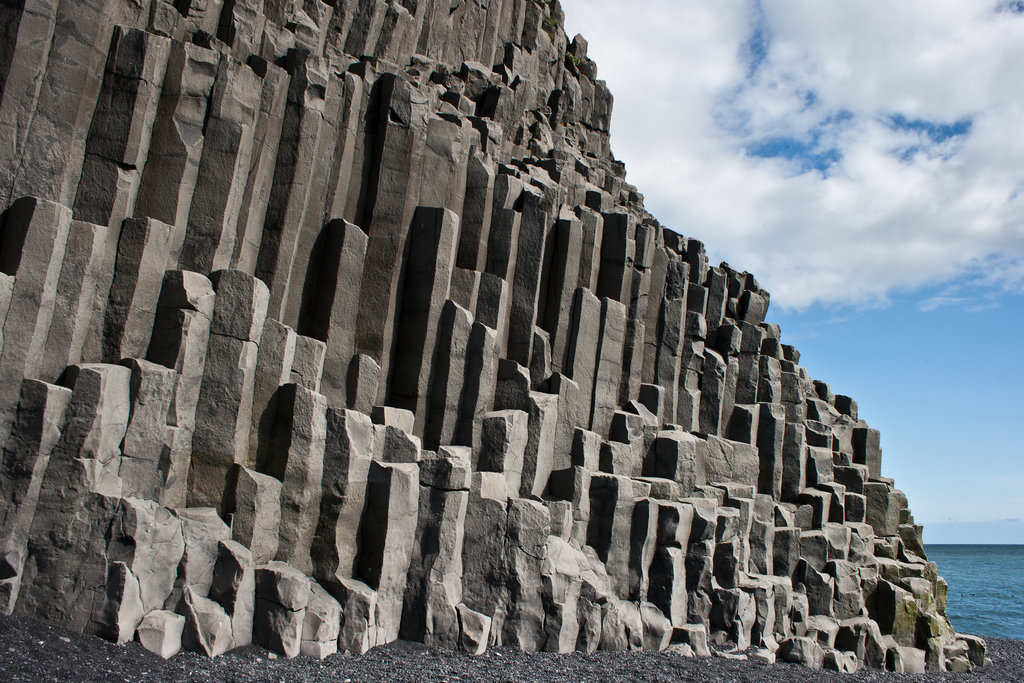 Basalt is the densest materials on earth in form of a rock, with an average weight of more than three grams per cubic cm. Its weight and density ratio can vary based on the amount of other material, such as quartz, contained in a given sample, though in order to be considered actual igneous basalt stone, a given sample must be at least 80 percent pure lava rock. Some people might try to tell you diorite is denser, but just tell them to back off, turn around, and walk away. As dense as it is, basalt can actually be made into a fiber that’s often used as a safer alternative to asbestos.

It has been discovered that most of the volcanic rocks found on the surface of the earth is basalt. Basalt which is considered one of the world’s densest materials is formed from cooled lava rich in magnesium and iron. The original color of this material  Basalt is usually grey and sometimes black in color, but due to factors like oxidation, it rapidly weathers to brown or rust-red.

Although usually characterized as “dark”, basaltic rocks exhibit a wide range of shading due to regional geochemical processes.

It is no surprise water is one of the densest material in the world. Yes, we all know how important water is to us. Covering 70% of the earth and constituting significantly to all industries. Water exists in different states namely vapor, liquid and ice. The density of water is significantly different in each state.

Water is at its most dense at 39 degrees Fahrenheit. Above that temperature, the space between water molecules is slightly expanded, and below 39 degrees, as water approaches the freezing point, it begins to grow slightly less dense again. The measurable difference in density is about .1 gram per centimeter cubed outside of this temperature sweet spot, but it is a definite difference. Now go win a bar bet.

Consider how the temperature of ocean water varies based on how deep you go. The deepest part of the ocean contains the densest water on the bottom and the least dense on the top. It’s a fascinating example of how water density can change, even within a body of water itself. 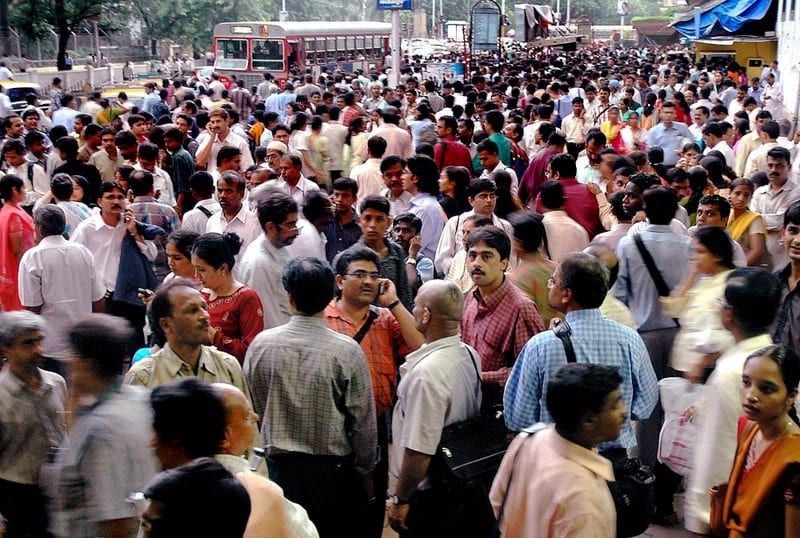 The city with the greatest population density on our fair planet is, perhaps not that surprisingly, Mumbai, India. Measuring the density of a city is the sum of the number of people divided by the land they occupy. With a population of more than 14.3 million people living in around 230 square miles of area, there are around 60,000 people per mile squared.

One of the major reasons for this overpopulation is the urban-rural disparities and Mumbai is considered by many migrants from rural areas as a place to seek greener pastures because of its large service economy which has made it one of the most prosperous cities in India.

It is said to have the highest amount of millionaires and billionaires in India. Like all fast developing cities, Mumbai suffers from the same common urban-related issues that tend to occur in many fast-growing cities in developing countries: widespread poverty and unemployment etc.

With cost of living in Mumbai being on the high side, most Mumbai residents have little or no choice but to reside in cramped, relatively expensive housing, usually far from workplaces, and therefore requiring long commutes on crowded mass transit or clogged roadways. Dharavi, Asia’s second largest slum is located in central Mumbai and houses between 800,000 and one million people in 2.39 square kilometers (0.92 sq mi), making it one of the most densely populated areas on Earth with a population density of at least 334,728 persons per square kilometer. By comparison, there are fewer than 600,000 people living in the entire state of Wyoming. Wyoming has almost 100,000 square miles of area, for a population density of fewer than six people per square mile.

With overpopulation becoming a bigger problem every year, more cities will start looking like Mumbai if we’re not careful. Though the most population dense, Mumbai is not even in the top three largest cities by population (those honors go to Tokyo, Delhi and Shanghai, respectively). Considered to be cosmopolitan and riddled with opportunity, Mumbai attracts hundreds of thousands of new residents each year. With so many residents, the average Mumbai apartment is now less than 1000 square feet. Still, cost of living is much cheaper than cities of comparable sizes, with rent averaging about $500 a month. 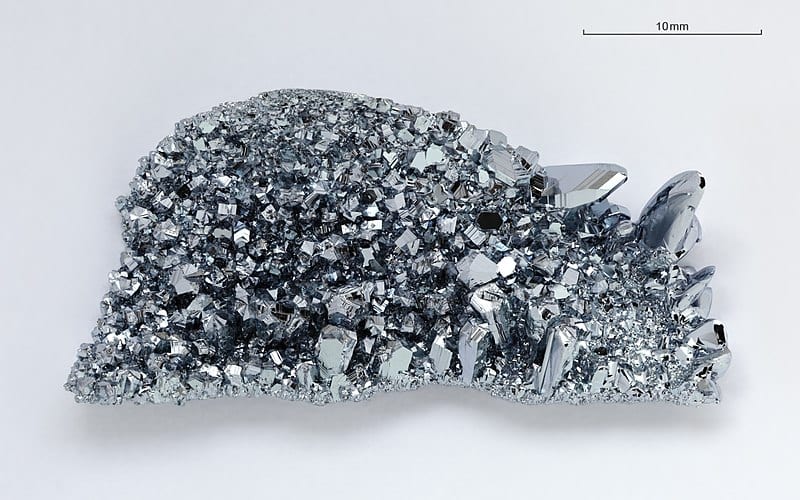 The densest material on the planet is osmium. As cool as it sounds, osmium isn’t exactly Wakandan vibranium. It is, however, the densest naturally occurring element on the planet. Shiny, bluish white and hard even at high temperatures, it’s produced as a by-product of nickel refining. Osmium is a metal in the platinum family with a density of 22.6 grams per cubic centimeter. If that means nothing to you, then you’re normal. By comparison, osmium has twice the density of lead, which is 11.3 grams per cm cubed. Osmium was distinctly isolated as an element in the early 1800s. Also, due to its brittle nature, is nearly useless for any practical purpose in its pure state. It can, however, produce very hard alloys used in fountain pens, needles and instrument pivots. Oh well, it’s still nice and … dense. Osmium shouldn’t be dismissed as completely useless, though. The element has played a critical role in the development of lightbulb technologies throughout the years. In its powdered form, osmium sells for $1300 per kilogram.

Within the platinum group, osmium has the highest melting point and the lowest vapor pressure. Osmium tetroxide is a highly toxic powerful oxidizing agent with a strong odor. Osmium is produced as a by-product of nickel refining. You can discover and find Osmium  in platinum-bearing river sands in the Urals, North America and South America

Top 10 Longest Bridges in the US 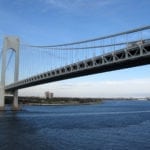