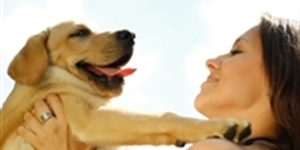 More and more these days, people tend to refer to their pets as members of their families. They think of themselves as the “mommy” or “daddy” to Princess Purr or Mr. Barky. Or, ideally, animals with names much less wretched than those, but still. It might seem like some of your friends or neighbors take things a bit too far, what with fancy collars, mobile grooming services, organic treats and the like, but give them a break: Compared to these ridiculous pet-related anecdotes, even your most fur- or feather-crazy acquaintance will seem pretty much normal. 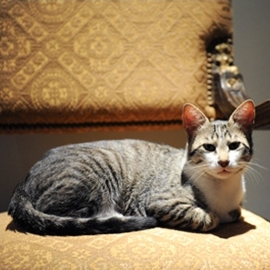 George W. Bush is rarely accused of having been either a great president or all that creative of a thinker. So maybe it’s no wonder that when 43 adopted a cat, he gave him the name … Bob. Bob now lives in the Bush family home in Dallas, and one can only imagine how much attention is being lavished on him at all times when Mr. Bush is not painting. It’s not like the former President of the United States of America is wasting his time out there championing any causes or being a global ambassador, or anything.

4 When Your Owner Has a Billion “Friends” 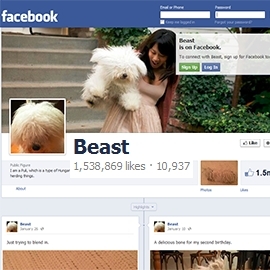 If you are looking for a safe bet to make, bet that Facebook founder Mark Zuckerberg’s dog Beast has a pretty good life. He goes just about everywhere with the rich web kingpin, and even has his very own FB page, of course. Oh, and Beast has more friends than you.

3 So It’s Always Been This Way? 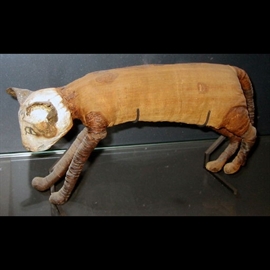 Treating pets like exalted members of the tribe has been a trait of humanity for thousands of years, it seems. The ancient Egyptians regularly mummified and buried cats along with the mortal remains of pharaohs and priests. We just hope that they waited until the cats had natural deaths before sending them off to the bosom of Osiris.

2 A Little Too Much Fairy Dust? 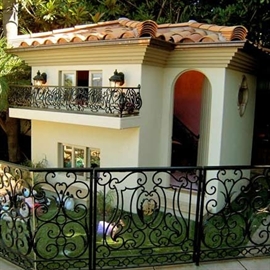 Paris Hilton has never been the poster-child for reasoned, normal behavior, so it might come as no surprise that her pets receive anything but reasonable, normal treatment. Leave aside the fact that she might have had as many as 15 dogs and a cat or two at one time, and let’s focus on the doghouse she made for her favorite dog, a little goddamn Chihuahua named Tinker Bell. For this seven or eight pound dog, Hilton had a scale model of her own mansion created.

1 The Definition of Rich Bitch 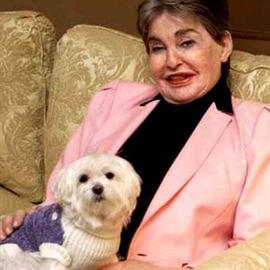 Leona Helmsley earned the nickname “Queen of Mean” by being so, well, mean to people. She was a self-made millionaire thanks to her shred work in the hotel and real estate business, and she married into even more money. She was married multiple times, went to jail for tax evasion and in her will she left her dog, a Maltese named Trouble, $12 million for care, grooming and so on. Helmsley left her grandchildren less than half of that amount.