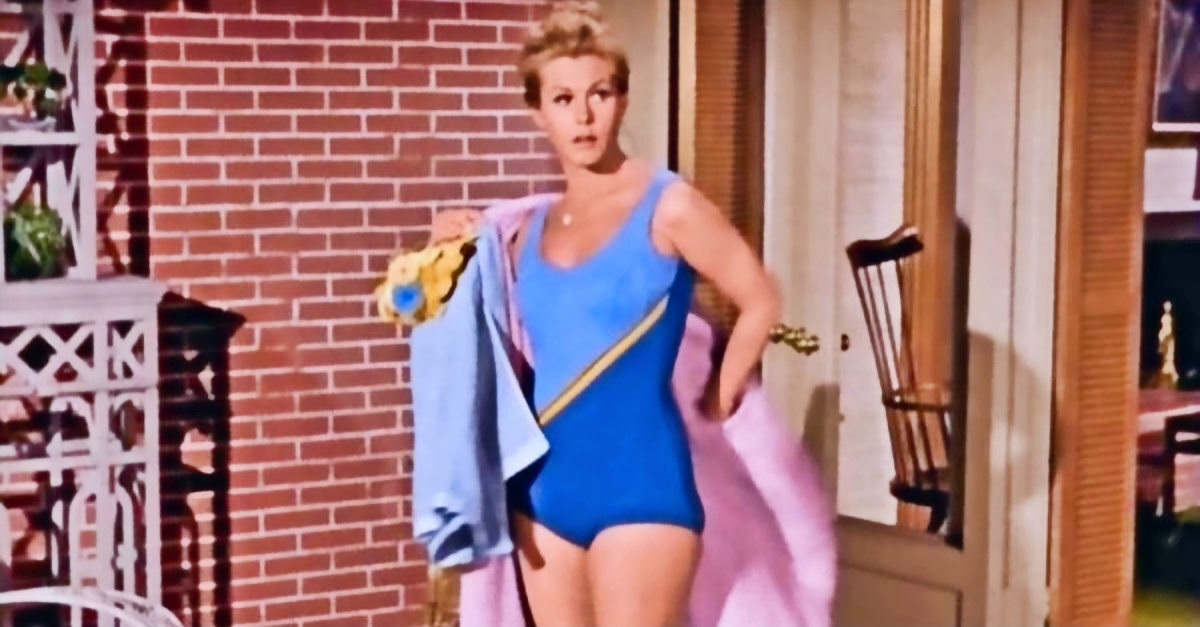 When ‘Bewitched’ first hit the screens in 1964, it was a massive success. There wasn’t a single viewer who didn’t fall victim to Samantha’s charm. The young mischievous witch, played by Elizabeth Montgomery, was enchanting!

The actors in this show appeared to be the luckiest people in the world! But no one knew the real-life drama behind the scenes that led to their ultimate demise – until now.

Not All As It Seems

It’s hard to imagine that a cast with such on-screen success and chemistry could be anything but the best of buds behind the screen too. Alas, that wasn’t really the case for the cast of Bewitched.

In fact, from the get-go, the producers of this show had to overcome numerous drawbacks at the initial stages of filming that set the tone of what was to come…

It’s difficult to think that anyone else could have twitched their nose as adorably as Elizabeth Montgomery, yet the show’s producers initially wanted someone else entirely to play their leading lady.

Tammy Grimes declined the role because of the character’s lack of ambition. “She felt like if the character had all this power, why doesn’t she cure all the ills of the world?”, said writer Herbie J. Pilato in an interview. Well, she’s not wrong…

Elizabeth Montgomery was pregnant three times while filming the show, but only two of her pregnancies were acknowledged by the series – and written into the script as the magical births of Tabitha and Adam.

Her first pregnancy in season one was difficult for her as she needed to hide it. The producers wouldn’t write it into the plot as they deemed it inappropriate for her to be pregnant so soon after marrying Darrin. She wasn’t happy about that…

After Tammy Grimes declined the lead role, the hiring cast decided to go with Elizabeth Montgomery. However, she nearly didn’t take the role either as she had wanted to retire from acting before Bewitched began filming.

She was eventually convinced otherwise but no one knew exactly why she was considering walking away before filming the show.

In 1970, the episode, “Sisters at Heart” was aired which talked about minorities and racism. The intentions were good, but the delivery fell short and would certainly be deemed unacceptable today. But this wasn’t the episode that got them canceled.

During the show’s fifth season, an episode was filmed with Dick York, despite him running a 105 degrees temperature. Even though he had a fever, the producers allowed him to work.

So it’s no surprise that while sitting on set under the flickering spotlights, he suffered a seizure which he recovered from. However, he then resigned suspiciously, and then something curious happened.

After Dick York magically vanished from the show, he was replaced by Dick Sargent. This time, the producers felt like they had got their dream Darrin that they had imagined in their heads. They were also determined to make the transition seamless and to make sure fans preferred the new Darrin better.

So before he even appeared on screen, the producers reran every episode in which Dick York did not appear. How sly!

This rift led to some pretty awkward moments on set. Dick Sargent once said, “About the third or fourth show I was in, Moorehead said to people in front of me, ‘They should never meddle with success’”. Ouch! But that wasn’t the only wobbly relationship.

And perhaps in response to this, the Bewitched star had her own relations with Richard Michaels, one of the show’s other producers. It was only downhill from here.

When Montgomery’s relationship with Asher came to an end, she married the show’s producer. It’s not surprising that Montgomery had many admirers, including her co-stars.

York was one of those co-stars who supposedly fell deeply in love with her. However, it was an unrequited love that didn’t help the set become any less awkward…

To add to the strained relationships on set, Montgomery and her on-screen mom, Moorhead also didn’t appear to see eye to eye.

On one occasion, it was said that Montgomery made a sarcastic dig at Moorehead’s rude behavior on set to which Moorehead gave her a disdained glare. Montgomery then replied, “Don’t you look at me that way”. But this wasn’t the only dysfunction on set.

Going to the workplace in the 1960s was much more different than it is today. For starters, you didn’t only have to wear a suit or a dress every day but you also could drink during your workday.

It was no different for the Bewitched actors who sipped on real liquor when their characters had drinks in their hands. Yikes! You’d want to get the take fast before the liquor sets in!

One of the most interesting facts about the show was that the iconic nose-wiggle Samantha famously used to activate her magic, was actually misunderstood.

She wasn’t trying to wiggle her nose, but her upper lip. Director William Asher described it as the character’s nervous twitch. But out of all this, what led to the show’s cancellation?

As you may have guessed, it was the tensions of the cast relationships behind the scene that eventually led to the show ending. At the time it was canceled, it was still as popular as ever.

However, perhaps some may say that they stopped while they were on top so maybe it was all for the best!