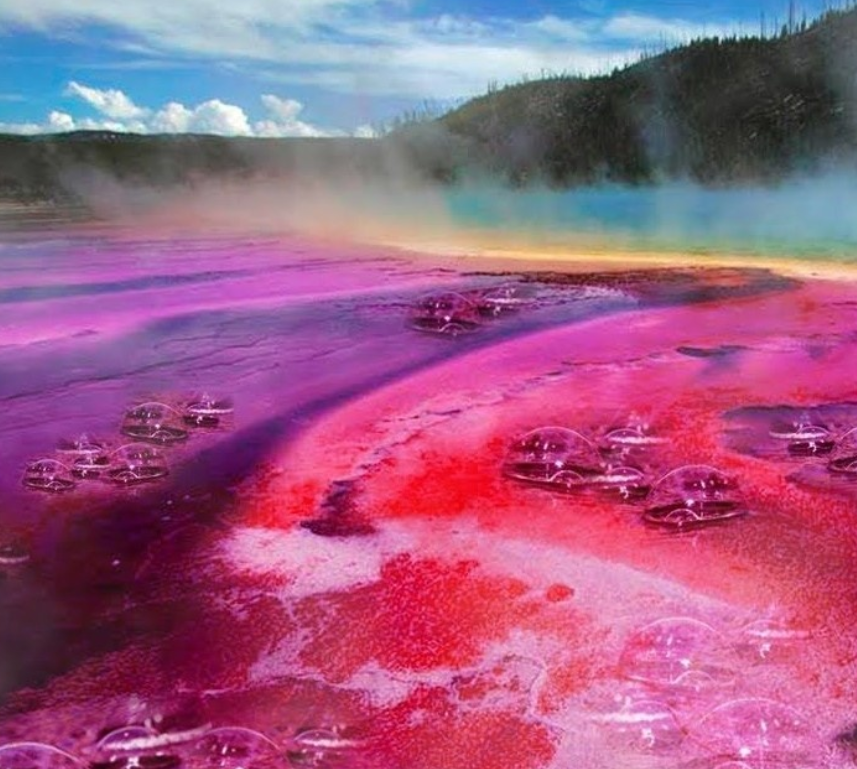 These are 10 extremely dangerous bodies of water you don’t want to accidentally dive into on your foreign vacation. These bodies of water are brutal to the point of death, sickness or serious bodily harm. From boiling lakes to acid, toxic and polluted waters. These waters clearly want you to stay away! Kicking it off with Boiling Lake Dominica which sits on top of boiling lava.

Gasses here shoot up into the lake, heating the water to boiling point. It’s so hot that an accurate reading of his monstrous degree cannot be taken. Next, we have Citarum River, Indonesia, one of the most polluted rivers in the world due to 500 riverside factories. Locals use this water every day, their health and lives are on the line, with sadly no alternative as this is their single source of water.

River Tinto, Spain, with a ph level of around 2 at its best, is no playground for people or their animals. How strong is the water?

The water is as strong as stomach acid, with similar occurrences that have only been found on Mars. At number 7 we have a ticking time bomb, Lake Kivu of DRD and Rwanda. This massive lake contains methane and carbon dioxide as a result of lake water interaction with a volcano. It’s clearly a ticking time bomb as she’s housing approximately 55 billion cubic meters of dissolved biogas at a depth of 300 meters.

On our quest, we find ourselves in another location in Africa, Johannesburg, South Africa. The rivers of Johannesburg contain 240 times the amount of E.coli than what is considered safe. E.coli lives in the intestines of healthy people and animals, most E.coli is considered harmless but others can be considerably nastier.

Can too much water be a problem? Next is a prime example of danger.

Blackwater River in Virginia, USA, has overflowed and flooded towns in nearby areas 6 times in the last 10 years. This river needs to be calmed down somehow. Careful here, you don’t want to drown in this river’s hydraulic pull. Tualatin River, Oregan USA is somewhere you don’t want to take yourself or your dogs swimming.

The blue-green algae can cause death. If you swallow these algae, you can expect sickness and diarrhea at best.

Lake Karachay in Russia is judged by the beauty of this pristine water. You may find yourself eager to take a swim, but that would be a serious mistake. This body of water is the most radioactive water on earth. Why is this water radioactive?

For a long time, this water was a major dumping ground for nuclear waste. At number 2 we have Belle Fourche River, South Dakota, USA. This is some extremely turbulent and wild water. There’s a mile stretch that needs to be closed up as people have been pulled under.  Last but not least, at number 1 we have the Potomac River which borders Virginia and Maryland. This legendary river is often associated with tragedy.

A mile stretch of this river’s strongest currents is actually further underwater than the awesome rapids we see above. If you go down you stay down. Be wary of these dangerous waters, because you never want to find yourself taking a relaxing swim in the wrong place!