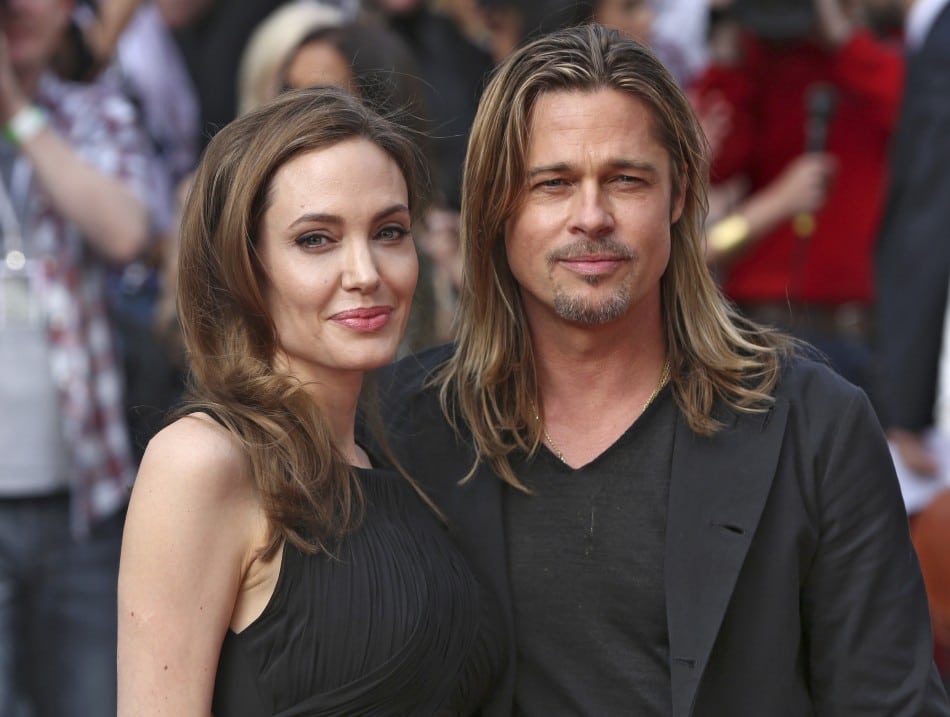 The internet is the world’s greatest tool when it comes down to calling things out. Like, literally the second anything suspect happens, you can expect social-savvy users to dig deep and reveal the truth. You know what I’m talking about. Remember Vogue‘s Photoshop fail? The one that gave birth to Reese Witherspoon’s third leg? Another of their photos introduced the world to Oprah’s third hand. But there was nothing to freak out about. The internet did its job in calling it out. We laughed and moved on, waiting for the next online blowup. But, something unusual has been going on for YEARS, and it has to do with one of Hollywood’s biggest A-listers.

It’s been quiet for far too long. The internet has been sleeping on a phenomenon worthy of a Twilight Zone episode. Guys, Brad Pitt is truly one of the most skillful actors of our time. Not only does the multi-award-winner know how to play the part in fictional roles, it seems he also likes to do a bit of method acting with his past girlfriends.

Ladies and gents, let’s see what the internet has been sleeping on for far too long: Brad Pitt transforms himself to look like every single girl he’s dated.

Brad Pitt and One of His First Famous Girlfriends, Shalane McCall

Here is the first account of Brad matching one of his beloveds. This photo is mild compared to the following lookalike encounters, but it is the first, after all. The couple has similar ’80s waves and both rock a jean and lavender look.

Shalane is a former child actress and model. Pitt himself also did a bit of modeling before he landed his breakout role in Thelma and Louise. She and Pitt both acted in CBS’s soap opera Dallas. Hmm, looks like the two were very similar indeed.

Okay, you can see this is definitely a real thing now. The duo may have met in a hit soap opera, but both of their looks more closely resemble the Mickey Mouse Club.

The innocent faces, simple getup and wholesome polka dots. And let’s not even mention their twinning hair… This sure isn’t a Brad we’re used to anymore. Can you ship it?

Oh, no! Here’s Our Man with Jitka Pohledek, and It’s Getting Creepy

In 1994, Brad took Czech model Jitka Pohlodek to the Legends of the Fall premiere. That was sweet. But dare I say matching boots, jeans, hippie hair and doppelganger facial expressions is a bit much?

Brad with Shalane was kind of cute. Perhaps their matching outfits were simply the results of puppy love and being young? This is different, though.

Do You Remember When He Dated Mike Tyson’s Ex-Wife? Me Neither, But Here They Are, Sharing a Wardrobe

You read that right. It seems the internet has been sleeping on this juicy Brad Pitt news, too. Mike Tyson has publicly shamed Brad for being “pretty” and stealing his ex away. Brad, what were you thinking? We’re talking about the man who bit someone’s ear off.

Anyway, enjoy this photo of Brad’s summer fling with Robin Givens. Here they are gallivanting in near-identical clothes. Brad is again wearing light denim high-waisted jeans. If it wasn’t for the matching blazer, glasses and belt, you’d think he just liked ’90s fashion.

Once you see this, you can’t unsee it. This one is massively bizarre.

How have we not noticed how alike these two are? The jawline, button nose and blue eyes. Totally weird! That’s without even mentioning the twins’s matching hair. Maybe the identical streaks went a tad bit far?

Err, Let’s Give Them the Benefit of the Doubt and Say These Were Totally Cool Glasses Back in the Day

Which one do you suppose recommended this killer look? Brad does love a matching sunglasses look…

Then Brad Bleaches His Hair Platinum like His Longtime Blonde Love

The good news is that Gwen and Brad are not fully matching. Hoorah for individuality! Although, they are somewhat matching. Gwen, I’m starting to think you were in on this, too.

It looks like Brad wanted something more permanent than clothes to resemble his lady. The couple is still styling in coordinated tinted glasses, but that’s about it for clothing choices. I mean, anything more than matching platinum hair would be overkill.

Here He Is Obviously in the Mid ’90s Alongside Christina Applegate

Brad knows how to pick them, and it seems like he picks them if they already resemble him. Just like Gwyneth, there is some major facial twinning going on.

Christina Applegate was another ’90s heartthrob, and she and Brad have facial features in common. It’s the facial shape, nose and eyebrows. Again, Brad takes it a step further, wearing his hair in a similar messy rocker style and matching florals.

And Then There’s Everyone’s Favorite Brad, Also Known As Brad Looking Like Rachel from Friends

I know many of us believe Jennifer and Brad are an untouchable icon (cause they totally were), but even our girl Jen is not safe here.

When Brad dated America’s Sweetheart, his looked did a major shift. There is no platinum hair or cowboy boots anymore. Why? Because Jen didn’t wear that. Instead, Brad became Rachel. Long hair, matching highlights and a clean look. Here they look gorg. I think Brad may have raided Jen’s cabinet for hair products…

Jennifer looks gorgeous and Brad is all cleaned up.

He is even smiling the same as her! Wow.

Lastly, and most recently, Brad goes goth with Angelina. As soon as he split from Aniston, those Poneyboy vibes died. Instead, Brad started resembling his oh-so-serious A-list love.

As you can tell, Brad darkened his wardrobe, hair and even his beloved shades.

Same hair and everything?

We can’t tell who looks better with that hair, Brad or Angie. Our vote goes to Brad.

It seems like Brad went into a dark phase when he was with Angie.

He is wearing all black and we think this is a great color for him. Handsome!

Their travel style is casual and yet still sexy. Is Brad’s hair almost as long as Angie’s?

Smize for the Camera, Brad

Brad Pitt was rumored to be with Claire Forlani. Nothing concrete out there, but they starred together on Meet Joe Black and she’s super hot so draw your own conclusions. They also were seen on the red carpet holding hands at their premiere.

Brad was inspired by her outfit and her hairstyle.

After meeting on the set of the horror movie Cutting Class, Brad dated actress Jill Schoelen. He popped the question and they were engaged for three months in 1989, until she started dating the director of another movie she was working on and dumped Brad.

It looks like Brad and Jill are wearing a typical 90’s outfit. Brad made sure to copy her black hat.

Are We Seeing Double?

Juliette Lewis played murderously dysfunctional couples twice, in the 1990 TV movie Too Young to Die? and the gritty 1993 thriller Kalifornia.

Baggy clothes, blonde hair, and the shade of clothes? The only thing Brad needs is to carry her bag and they look like twins!

Brad’s tie matches the pattern of her dress. Nice!

Matching Burgundy Trench Coat? We Are Digging It

Brad Pitt dated Thandie Newton in the early 90’s. Pitt and Newton met filming Interview with a Vampire and dated for about a year. They broke things off amicably and reportedly stayed friends.

It looks like Brad was inspired by her trench coat look and wanted to match her. The outfit looks basically the same all the way down to the black shoes.

The Early Beginnings with Sarah Hart

The heartthrob and Sarah Hart were teenage sweethearts at Kickapoo High School in Springfield, Missouri. She’s been keeping tabs on his career and lady loves ever since.

Even in high school he looked like his girlfriends! We wonder if this is where it all started.