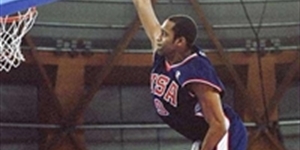 There’s a reason that NBA All-Star Weekend doesn’t feature a Layup Contest; the slam-dunk is arguably the most exciting single play in all of sports. It can bring crowds to their feet, opponents to their knees, and completely shift the momentum of an entire game. Plus, well … it’s just really cool.
These are the top five greatest dunkers in NBA history.

This guy has only been in the league for three years, but in that short time, “The Blake Show” has completely dominated the posterizing business in the NBA. At just 23-years-old, Blake Griffin has already put together an entire career’s worth of highlight reel in-game throw downs, making a league-wide array of 7-footers look like toddlers as he goes up and over, or just plain through them. Blake also took the Slam Dunk Contest as a rookie in 2011, when he caught a high-flying alley-oop and dunked … over a car.

“Dr. J” had his PhD in embarrassing opponents in the open court. One of the greatest in-game dunkers in basketball history, Erving sailed through the air with perfect fluidity, seemingly floating to the rim while revolutionizing the game with his legendary dunks. And although he never won an NBA Dunk Contest, he was the original contest champ, winning the 1976 ABA Dunk Contest that eventually led to the creation of the NBA’s equivalent event. The Doctor was also the originator of the foul-line dunk, a move that several players have used to take home the trophy since.

There has perhaps been no more fitting nickname in NBA history than the one given to Dominique Wilkins; the dude truly was a “Human Highlight Film.” Every time ‘Nique went up high for a dunk, he returned back to Earth having done something amazing. Wilkins was a two-time dunk contest champion, and was so great that even his close losses to Spud Webb and Michael Jordan are considered by most to be the best contests of all-time. His in-game exploits were the stuff of legend too, as he combined power and leaping ability in a way few ever could, and threw down some seriously awe-inspiring jams.

If you slow down any video clip of his slam dunks, there is always a brief moment in mid-air where it legitimately looks like Michael Jordan is floating. “His Airness” genuinely earned his nickname because, by all accounts, the man could walk on air. When you saw him taking off and his tongue coming out, you knew you were about to see something spectacular. Whether Jordan was showing off his superior in-game athleticism with devastating rim-rattlers, or winning back-to-back Slam Dunk Contests in ’87 and ’88 with gravity defying grace, his dunks were simply of a variety never before seen in the NBA.

The man they call “Vin-sanity” may not have the spring in his step that he once did, but plain and simple, Vince Carter is the greatest in-game dunker the NBA has ever seen. This guy pulled off dunks in live action games that no player has any business doing outside of a dunk contest. Oh, and he also had arguably the greatest performance ever in a dunk contest back in 2000. In short, the guy was an absolute phenomenon above the rim. Anyone who questions his position atop this list need only remember that Vince Carter once literally jumped over a 7-footer and dunked … during an Olympic game!