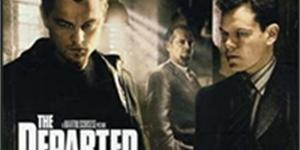 Acclaimed actor Leonardo DiCaprio has come a long way from a Teen Beat heartthrob who emerged from “˜80s/”˜90s sitcom “œGrowing Pains”to become an A-List leading man who collaborates with the likes of Scorsese and Tarantino. There was a time when none of us guys could stand to hear the girls exclaim “œLeo! Leo!”as they swooned over Baz Luhrmann’s schlocky “œRomeo and Juliet”and Cameron’s crap-classic “œTitanic,”but we now root for him as the stone badass of “œThe Departed”and “œInception.”The eternally boyish chap is undeniably versatile and talented, and here we examine his best work.

Early in the last decade Leonardo DiCaprio got together with Steven Spielberg to tell the true story of youthful con man Frank Abagnale, who pulled off a daring string of impersonations and forgeries across 1960s America. Supported brilliantly by Christopher Walken’s Oscar nominated turn as Frank’s loving, hard working father and Tom Hanks as the FBI man on his tail, DiCaprio breathes joyful exuberance into the young charlatan on the run.

This well-regarded 90s drama concerns a young rural Iowan (Johnny Depp) who has it extremely rough. In addition to taking general care of the family when the matriarch is taken out of action by a mild case of morbid obesity, Gilbert has to take care of mentally challenged brother Arnie, very convincingly played by none other than a teenage DiCaprio in his very first Oscar-nominated performance.

Working with another of today’s greatest directors, this time “œBatman”auteur Christopher Nolan, saw Leo take on the role of a corporate spy who gets his work done literally inside the minds of his targets with the help of a crack team of dream-infiltrating crooks. Told with Nolan’s trademark mix of stylistic class and hard action, the film is centered on DiCaprio’s deeply troubled scoundrel who keeps the complicated mechanics anchored in mental anguish.

DiCaprio’s first (and God willing not last) work with gifted shockmeister Quentin Tarantino yielded a gleefully against-type performance as a particularly odious villain. Effete yet vicious slave-master Calvin Candie runs his plantation with callous sadism as he entertains guests with the floridity and grace of a European gentleman. DiCaprio clearly relishes every second of playing this monstrous character in this monstrously entertaining film, which also contains great work from adversaries Jamie Foxx and Oscar winner Christoph Waltz. 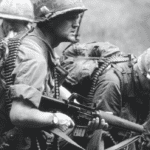