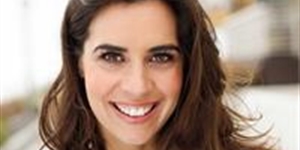 Chef Devin Alexander knows all about the struggle to eat right without sacrificing your taste buds or your social life. In fact, as the New York Times best-selling author of “The Biggest Loser” cookbook series, she’s made a living of doing just that. But while Alexander may not be one to regularly indulge in fattening foods, she is more than willing to divulge her secrets to successful healthy eating.

Trade in the Big Gulps and sugar-laden coffees and smoothies for lots of water and green tea.

“Yes, you’ve heard it a million times, but it really is important to keep your body hydrated,” Alexander said. “If you don’t, you might mistake thirst for hunger, making it much harder to lose. Though water is great, green tea—pure from tea leaves, not the bottled kind with all sorts of sweeteners—also speeds up your metabolism (though it does contain caffeine, so drink it early in the day to avoid sleep interruption and check with your doctor to make sure he’s not averse to you consuming caffeine).”

Do you find green tea too tart? Alexander said she’ll use tea bags—one green tea and one from a fruity flavor like passion fruit—to combat the bitterness.

“It’s much tastier than plain green tea and sweeter, eliminating the need for sugar or something artificial, and, thus, zero calories,” she said.

If you’re into making smoothies, check out our best blender reviews.

How many times have you sworn to eat better, only to find yourself stuck at work with only the vending machine’s munchies as lunchtime options?

“Whether it’s cooking a pile of lean protein and quinoa or brown rice and chopping veggies on Sunday night so you’re well stocked for the week, or stocking your desk or work fridge with healthy decadent snacks, being prepared is key,” Alexander said. “If you get stuck in a meeting through lunch and the only thing in the office is a pile of chocolate muffins, you’re not likely to lose that muffin top!”

Meal prep is the key to getting the right foods ready for the week!

You know the saying that some vows were meant to be broken? That’s definitely true when it comes to dieting.

Alexander said it’s much easier to stick to a diet when you turn “your sexy body goal into a challenge that allows for some fun indulgences… So allot about 200 calories per day for a rewarding ‘treat’ that you indulge in at whatever time of day you are most susceptible to cravings.”

Dieting should not be a solo sport.

“By finding a friend, family-member or colleague to join you in your quest for super-health, you’re much more apt to succeed,” Alexander said. “You’ll motivate each other even on those days when you don’t quite feel like working out or think it’s a good idea to eat way too much birthday cake.”

She added that you can also track your progress through online support groups.

“I’m trying to lose those last few pounds and I am inviting anyone who’s looking to do the same to join my Challenge America team on BiggestLoser.com,” she said.

Alexander said that one of the pitfalls of eating out is that “you can’t control the add-ons that you don’t even know they’ve put in your (otherwise) lean food.”

“By making it a point to cook for yourself as often as possible, you never get surprised with 150 calories worth of butter in your egg-white omelet or gourmet mustard that is almost as fattening as mayo!,” she said.

One great tip is to make larger healthy portions using a slow cooker.