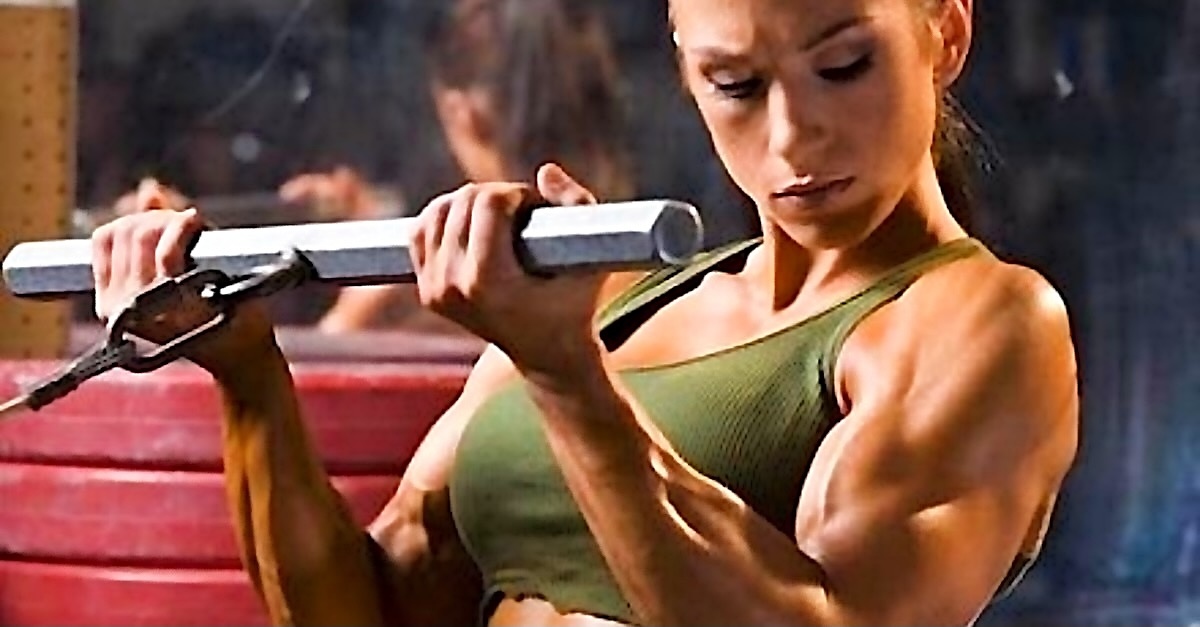 They put in double the effort whether they are lifting small or heavy. They are some of the hardest-working people, doing just what their male counterparts would in the fitness industry, pushing their bodies to the limits.

Through ambition, tons of discipline, and intense training, these women can achieve gains whether they are in their 20s or 30s. Here is a list of women who stand out.

Elisa Pecini battled anorexia nervosa from 13 years old to when she was 15, but getting into bodybuilding changed her life. She became one of the most successful bikini competition bodybuilders by the age of 24.

Pauline Nordin became famous after appearing in the Nordic version of the show “The Biggest Loser” and is now a personal trainer and international fitness model.

The 30-year-old lays claim to fierce statistics with her biceps measuring 12-and-a-half inches and weighing 121 pounds. Her top dead-lift weight came to an impressive 265.

Oksana Grishina is a gymnast and fitness competitor originating from Russia. Her gymnastics training started when she was seven, and she eventually obtained her degree in Physical Training and Sports in 2000.

Her friends persuaded her to enter bodybuilding competitions in 2005 and, in 2014, she was an Arnold Classic, followed by four Ms. Fitness Olympia wins.

Andrea Shaw was born in America and started bodybuilding at 17! She achieved a BA in Exercise and Sports Science and a pro card at the NPC Nationals, followed by completing second place as a bodybuilder at the Chicago Pro in 2019.

Furthermore, she won two of the most reputable bodybuilding tournaments to become Ms. Olympia and Ms. Rising Phoenix.

Melina Keltaniemi is a bodybuilder who listens to her body and takes time to rest and recover during the off-season. That’s not to say that she hasn’t done well for herself.

Monique Jones’s father bought her some weights when she was 13 years old, so her training began. She was drawn to weight training from a young age and carried that through to her career.

It’s not surprising that Monique is the 7th best female bodybuilder in the IFBB Pro Women’s Bodybuilding Ranking List.

Yaxeni Oriquen is a 54-year-old bodybuilder who stands out as a vegan and has ranked second-best in the IFBB Pro Women’s Bodybuilding Ranking List, having put in the work for 20 years.

Theresa Ivancik is recognized as a professional bodybuilder for the IFBB Pro Women’s League, ranked 6th in the world for female bodybuilding, and secured 6th place at the 2019 Rising Phoenix World Championships. Of course, she is also a certified personal trainer.

Ivancik won the Lenda Murray Norfolk Pro show in 2019, allowing her to qualify for the Rising Phoenix World Championships.

She achieved second place in the 2019 Olympia Women’s Physique competition and is making a name for herself, having already been successful in her bodybuilding career.

American female bodybuilder Shanique Grant is an online coach and IFBB professional. Winning her pro card just four months into her bodybuilding career, she also held the Women’s Physique Olympia title at the tender age of 23.

Grant suffered from intense bullying at school, which led to issues with low self-esteem. After partying a lot in her teenage years, she decided to turn her life around and start bodybuilding. She won the East Coast Championships at just 19.

Dr. Stefi Cohen is a hugely popular female bodybuilder, and it’s not hard to see why. She’s a fitness icon and physical therapist and holds multiple world records and a state gold Olympic medal for weightlifting.

The records she’s broken include squat and deadlift – with 202.5 kg and 205 kg, respectively. She has a huge following on social media and is an inspiration to many.

As an American fitness model and an inspirational female bodybuilder, Carriejune Bowlby has taken years to perfect her physique and amass a 1.2 million-strong following on Instagram.

Bowlby began her fitness journey in school with gymnastics, track and field, and cheerleading and moved on to weights just two years into secondary school.

Portuguese-born Beatriz Biscaia is a two-time youngest Bikini Olympian and two-time IFBB Bikini Pro champion. Biscaia earned her pro card when she was just 17 years old and has never looked back.

Helle Trevino is a Danish-American IFBB Pro who earned her pro card at 27 years old. Born Helle Nielsen, she competed in the Olympia in 2004 and herniated multiple discs in her back. Her doctor told her she’d never compete again, but he was wrong.

After eight years of intense rehabilitation, Trevino made a full recovery and went on to win the 2011 FIBO Pro in Germany and the Wings of Strength Rising Phoenix World Championships in 2018.