The 5 Shortest Point Guards in the NBA 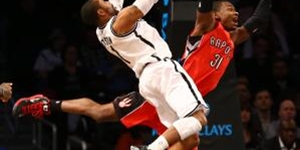 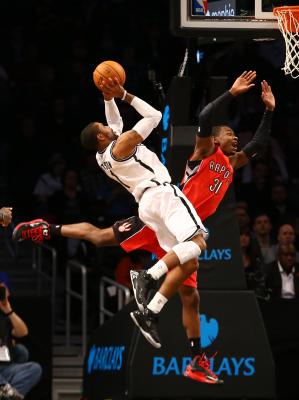 Al Bello/Getty Images Sport/Getty Images
A point guard’s job is to create scoring opportunities for his team. In the NBA, the players filling this position are usually smaller than their counterparts. However, when the average height of most basketball players is well over 6 feet, some point guards seem positively tiny. The five shortest point guards in NBA history are less than 6 feet tall, but what they lack in size, they make up for in spirit. 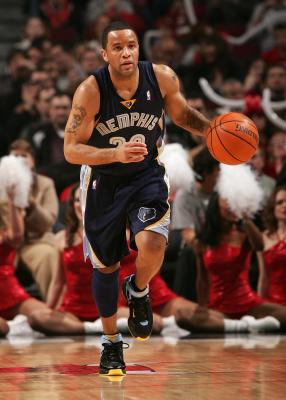 At 5 feet, 10 inches tall, Damon Stoudamire is one of the tallest of the shortest point guards. After he was drafted seventh overall by the Toronto Raptors in 1995, his heart and skill made up for his lack of inches. Stoudamire took home Rookie of the Year that year, averaging 19 points per game—or PPG—and 9.3 assists per game, or APG. Stoudamire was traded to the Portland Trailblazers in 1998, where he faltered for a few seasons. But in 2005, he set the Blazers’ franchise scoring record with 54 points. 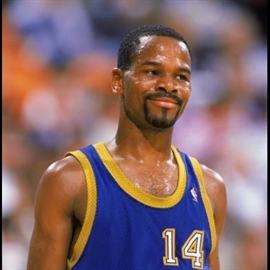 Originally drafted to the Sacramento Kings, Michael Adams took a couple of years to find his groove. When he did, he wowed basketball fans. Adams stands just 5 feet, 10 inches tall, but this point guard averaged 26.5 PPG in his 1990 to 1991 season with the Denver Nuggets. In 1992, he was traded to the Washington Bullets, where he earned a spot on the NBA All-Star Team. Overall Adams had respectable career averages of 14.7 PPG and 6.4 APG. 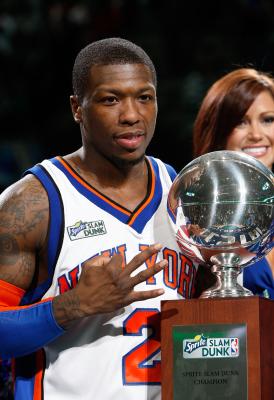 At just 5 feet, 9 inches tall, Nate Robinson is definitely not even close to the standard height of an NBA player—but he didn’t let that stop him. Robinson is the 2006, 2009 and 2010 Sprite Slam Dunk Champion. He’s possibly most remembered for jumping over Dwight Howard, who stands at a whopping 6 feet, 11 inches tall, for one of those slam-dunk victories. Robinson was drafted 21st overall in 2005 and has played for the New York Knicks, Boston Celtics and Oklahoma City Thunder. He boasts a career average of 11.3 PPG and 2.6 APG. 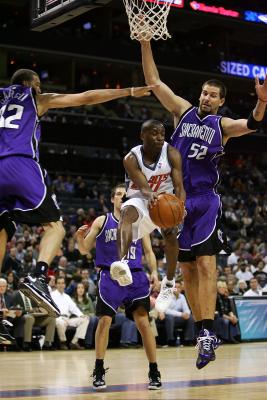 Earl Boykins holds the record as the second shortest NBA player of all time, standing only 5 feet, 5 inches tall. Boykins spent his career moving from team to team, but his longest home was with the Denver Nuggets from 2003 to 2007. Despite his small stature, Boykins earned his keep with excellent passing skills, averaging 3.2 APG. 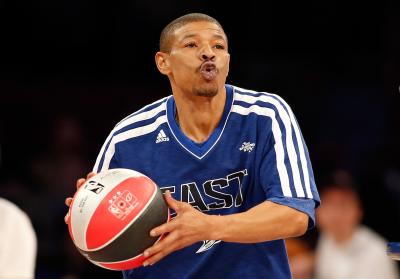 Muggsy Bogues, who stood at a mere 5 feet, 3 inches tall, is the shortest player in NBA history and was drafted by the Washington Bullets in 1987. His career later included stints with the Charlotte Hornets, Golden State Warriors, and Toronto Raptors. Muggsy didn’t let his size dictate his ability, and he actually used his small stature to his advantage, becoming a stellar passer and stealer. He averaged only 7.7 PPG, but was noted for his amazing 7.6 APG. Muggsy recorded 39 blocks over his career, and one of those was against the giant known as Patrick Ewing of the New York Knicks, who towered over Muggsy at 7 feet tall. 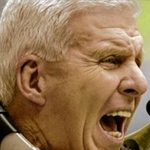