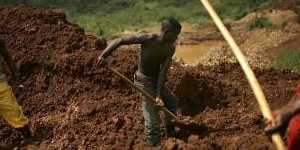 Which came first: an economy on life support or limited opportunity for individuals? Each of our top five poorest countries has grappled with this problem for years. All have stagnated as agriculture-based societies that, unlike more advanced nations, haven’t experienced an industrial revolution to increase its gross domestic product, a standard measurement of a country’s total economic output. “Opportunity” may be a longer word than “poor,” but without it, citizens of the world’s least affluent countries face a long road to financial well-being. Of the many ways to measure national poverty, the one used here, GDP at purchasing power parity, more closely presents a picture of the standard of living. GDP PPP converts the cost of goods in a country into U.S. dollars for apples-to-apples comparisons.

Eritrea may have gold and copper to mine, but 80 percent of its citizens farm and fewer than seven out of 10 can read and write. In this land that borders Sudan and Ethiopia along the Red Sea, farmers struggle with repeated droughts and a lack of labor caused by the government’s strict military draft. Eritrea’s poverty is evidenced by its per capita GDP of $777.

Twice as many people live in Burundi as in the state of Maryland, although the two are similar in size. Nine out of 10 Burundians rely on farming to survive. Droughts and commodity prices affect their income from major crops such as tea and coffee, one reason why the country’s per capita PPP gross national product of $640 makes it the world’s fourth poorest. Less than 2 percent of the population has electricity in this rural society.

Nearly two-thirds of Liberians live on less than $1 a day. This civil-war-ridden country, about the size of Tennessee, has a per capita GDP of $490. Located along the Atlantic coast of Africa, Liberia has an ideal climate for agriculture—its primary industry—and rice, its number one crop. Timber harvesting and diamond mining represent prime opportunities for Liberia to capitalize on its natural resources.

Despite achieving a decade of economic growth, the Democratic Republic of Congo, formerly Zaire, ranked dead last in GDP per capital in 2011, according to “Global Finance” magazine. Congo’s economy generates $364 per person. This African nation, the 19th most populous in the world, sits on vast deposits of gold, coltan and other natural resources. Corruption within its mining industry has pushed away foreign buyers and shackled employment prospects.