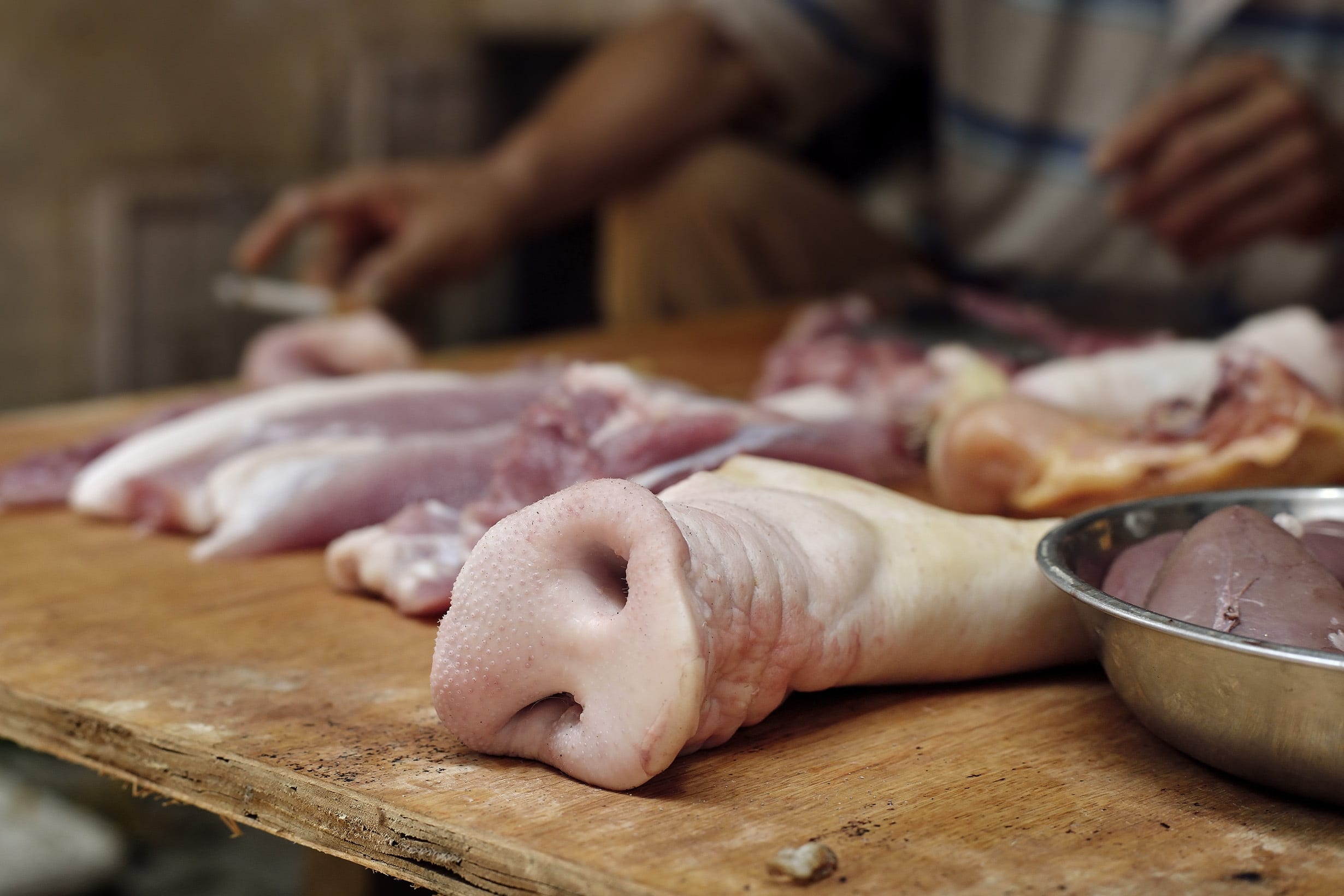 The next time you pull up at the drive-through window, consider the irony of a “strawberry” milkshake with more than 50 chemical ingredients and no strawberries. Food engineers make fake fruit flavors every day, but still haven’t figured out how to top nature. However, far stranger than any test tube berry flavor are these bizarre fish, insect, cheese, meat and egg dishes from around the world. Get ready to shudder. 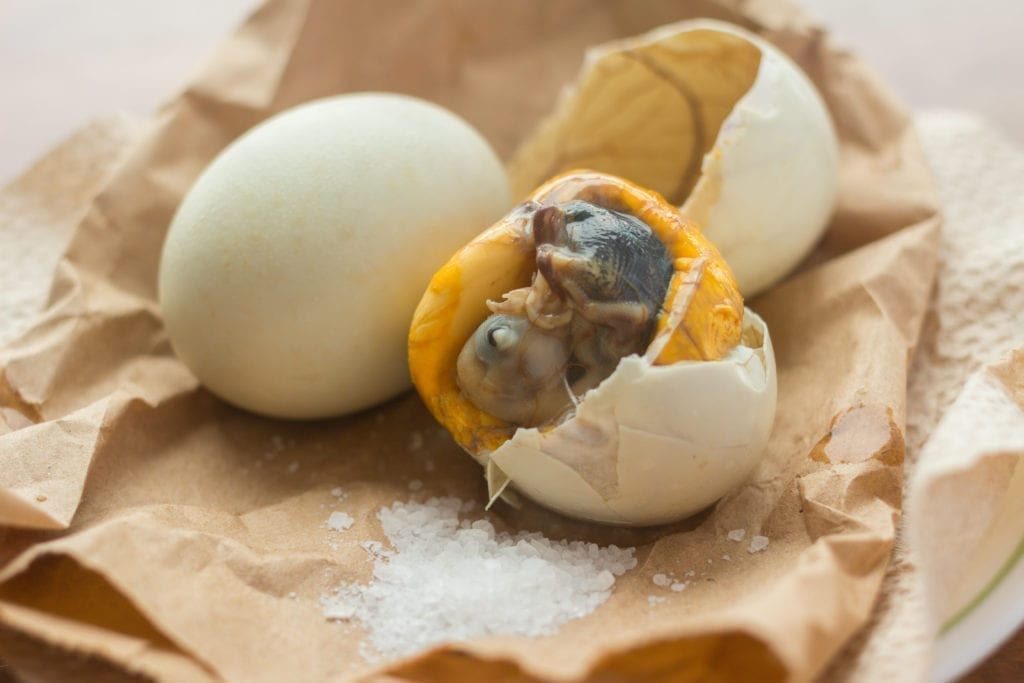 Popular Filipino street food balut is a fertilized soft-boiled duck egg. Fertilized means there’s a fully formed chick inside. Balut enthusiasts crack the shells to get a big mouthful of egg and duck, feathers, bones, beak and all. The white tends to cook at the bottom of the shell, and the partly-formed head and yolk are soft and custardy. To get the full experience, balut fans advise not just eating the egg and chick but drinking the broth inside the shell. 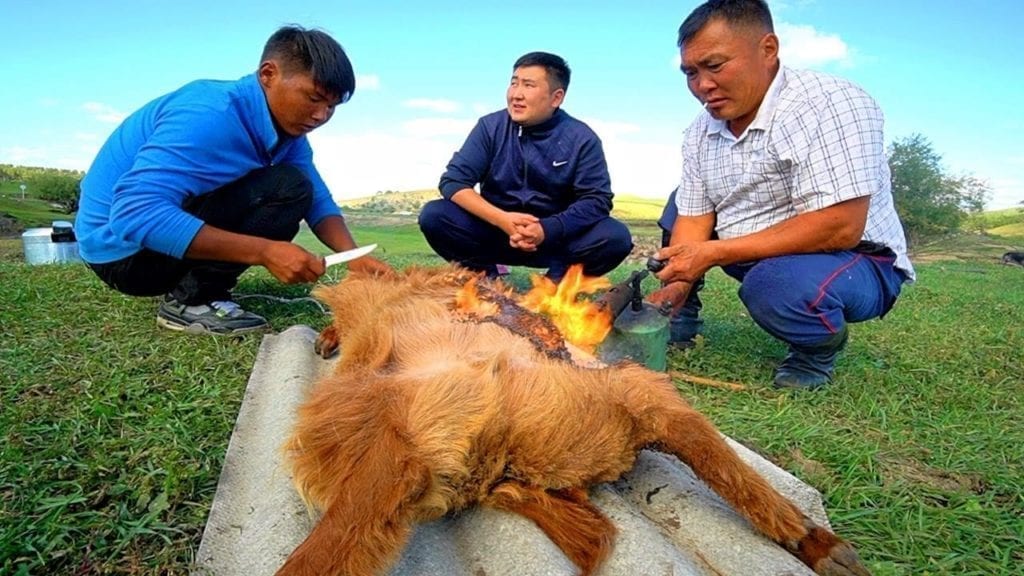 All you need is hot stones, a marmot or goat, a knife and a blowtorch to duplicate traditional Mongolian boodog. 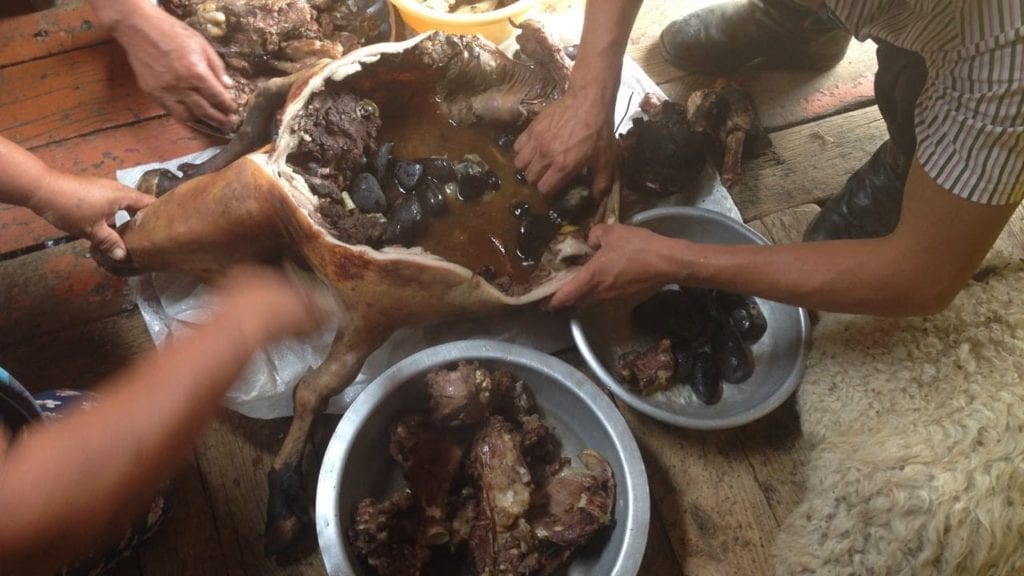 Mongolians hang the carcass, slash an opening and peel back the skin to remove the larger leg bones and most internal organs. Next, they stuff the beast with hot stones, salt and onions, and secure the skin with wire while the meat cooks.

Then it’s time to burn off unwanted fur with a blowtorch. Cooks often pierce the skin to avoid an explosion from expanding steam. 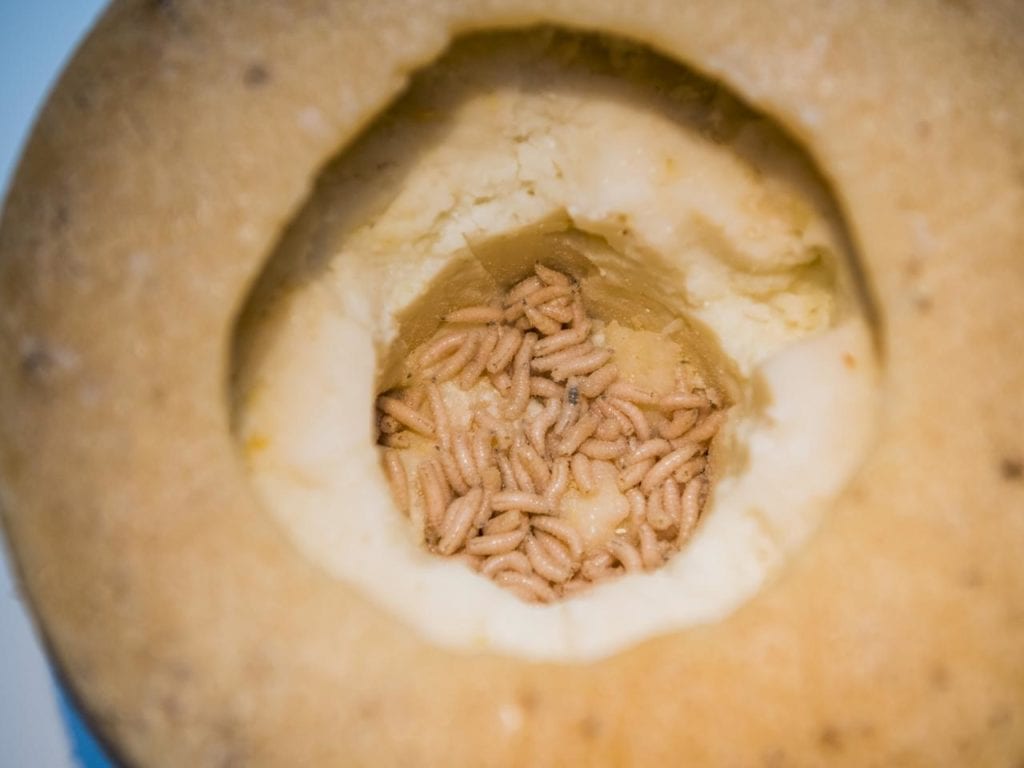 Outlawed in the EU for many years, Sardinian maggot cheese, or casu marzu, is the only cheese in the world that moves. Cheesemakers cut holes in the top of sheep’s milk cheese rounds and put them outside. Flies land in the hole and lay eggs, which quickly hatch into maggots that devour the cheese. Casu marzu enthusiasts serve thick chunks of writhing maggot cheese on toast. Reportedly, the Sardinian specialty tastes like Gorgonzola and black pepper. 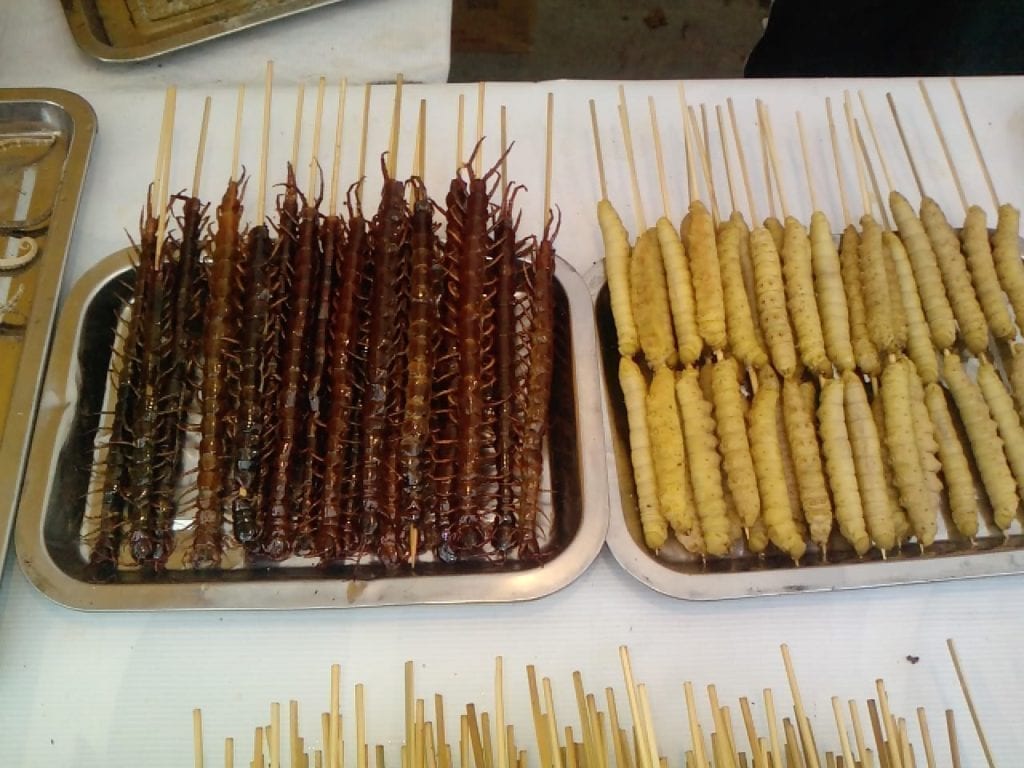 Visitors to Beijing’s Donghuamen night market choose street vendor specialties like giant fried scorpions and their young or whole starfish on a stick. Another favorite is fried locust, known for its crunch and high protein content. Leggy grilled centipedes stand out in a market with hundreds of bizarre foods. They’re more expensive than you’d think. For the price of two fast food hamburgers, adventurous diners can sample a bitter, crispy centipede. The insect’s sharp, spiny legs double as toothpicks. 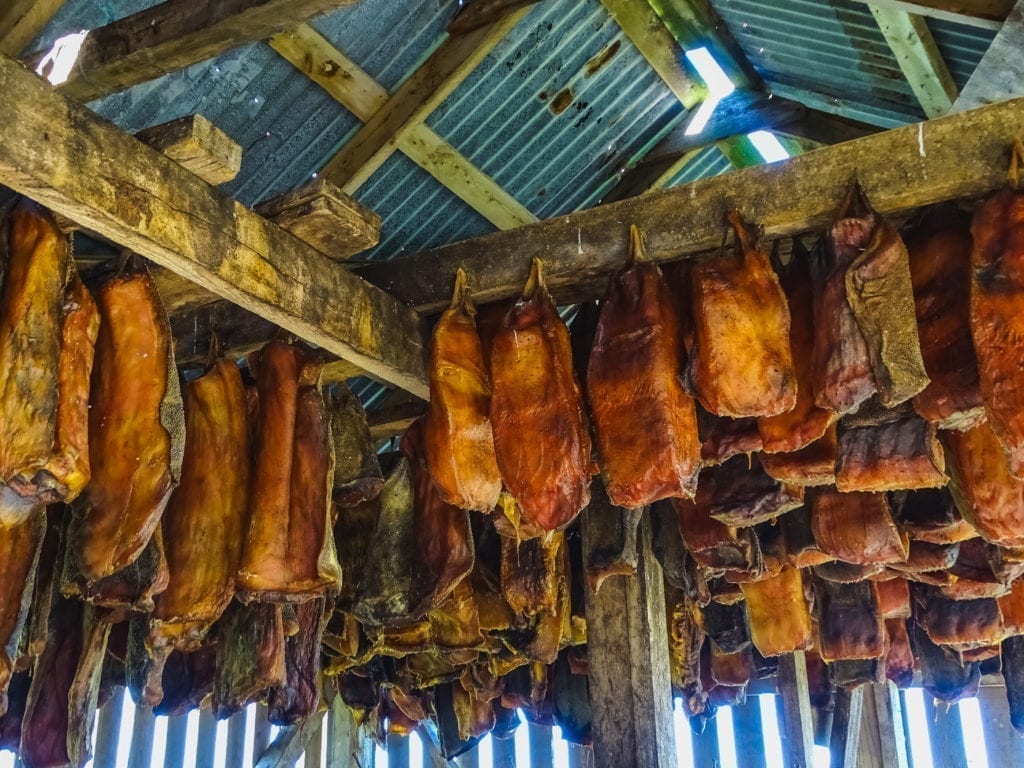 Fermented fish flesh that inspired “Hell’s Kitchen” chef Gordon Ramsay to spit it out in disgust, hakarl is an Icelandic specialty made from shark meat. First, Greenland shark is beheaded, then buried for months. Then, hakarl makers dig up the corpse and hang it up to dry before cutting it into bite-sized cubes. World-traveling chef Anthony Bourdain gobbled barbecued warthog anus, and still called hakarl the “single worst” thing he had ever eaten.