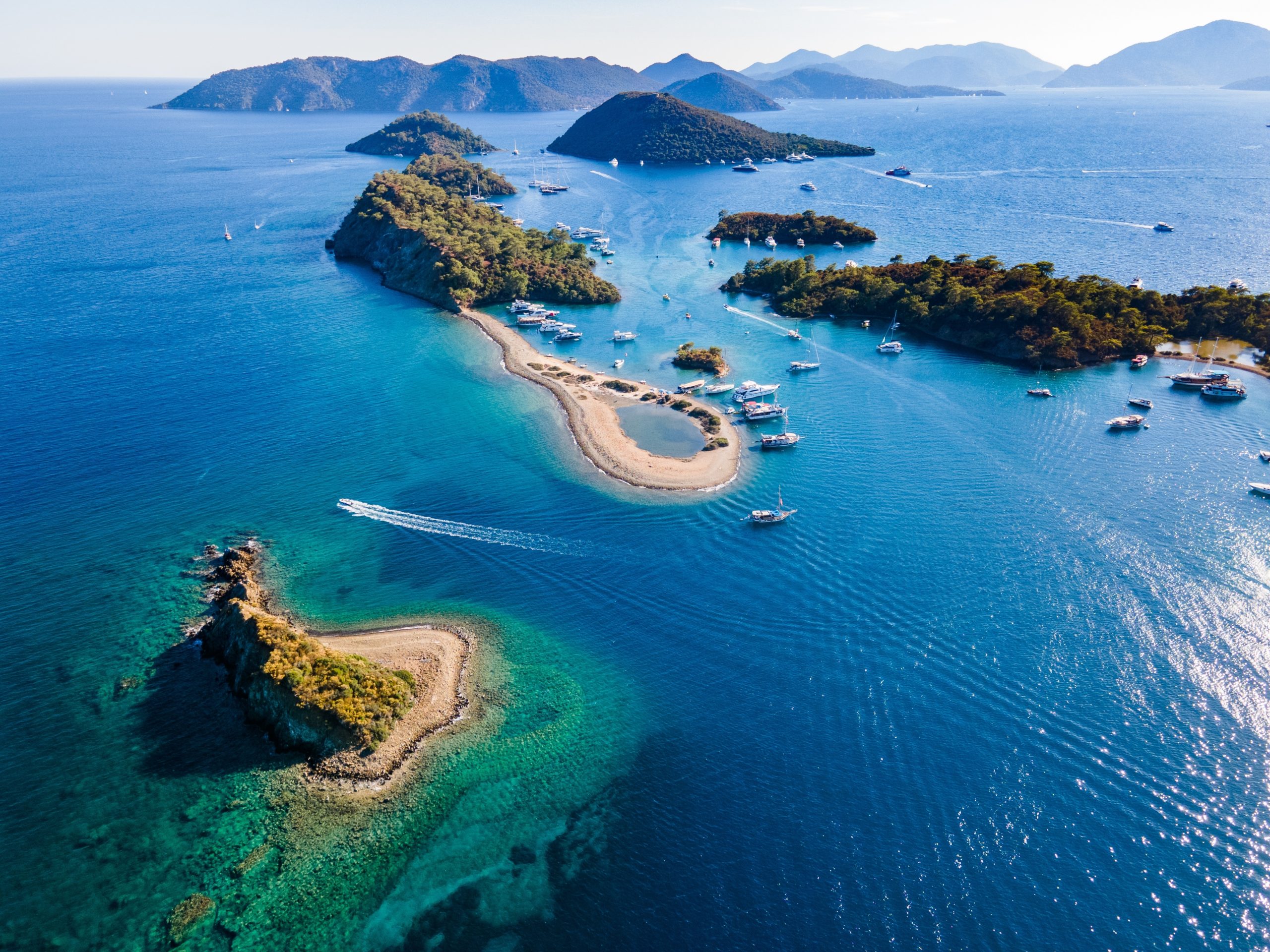 Envision an island and you may picture a small land mass surrounded by deep blue water with a few scattered palm trees. In reality, some of the world’s largest islands have a greater land mass than many inland countries. The five largest islands in the world are individually greater in size than some of the states within America, with populations to match.

Baffin Island is the fifth largest island in the world and the largest island in the Arctic Archipelago, with 194,575 miles of land. It’s located in the New Canadian Territory Nunavut in the Arctic Ocean of Northern Canada. The population of just more than 5,000 is concentrated in the capital, Iqaluit, while the majority of the island is uninhabited. It’s known for its view of the Northern Lights, polar bears and kayaking. Its rugged mountains look down onto the flattest lowlands of the Canadian Arctic.

Madagascar is the fourth largest island in the world with 226,917 square miles of land, which is about the size of Texas. Located in the Indian Ocean off the southeastern coast of Africa, this island is home to more than 250,000 species that are not found anywhere else in the world. Although inhabitants vary in appearance, religious practices and general traditions, they all speak the common Malagasy language.

Borneo is the third largest island in the world with 288,869 miles of land, just over twice the size of Germany, and is located in Southeast Asia. It features the oldest rainforest in the world, which covers almost three-quarters of the island, and is home to 15,000 species of flowering plants, 3000 species of trees, 221 species of mammals and 420 species of birds. It’s the only island in the world that’s made up of three countries — Indonesia, Malaysia and Brunei. More than 200 ethnic subgroups each speak their own dialect and have their own customs, laws, territory and culture.

Papua New Guinea is the second-largest island in the world. Located south of the equator and north of Australia, it covers 303,381 square miles. It’s known for its picturesque coral reefs and volcanic mountains, and features dense tropical rainforests and large rivers. More than 800 indigenous languages are spoken in Papua New Guinea, and it’s a major tourist destination for mountain climbers, walkers, cavers and people who enjoy water sports such as canoeing, kayaking, fishing, swimming and diving.