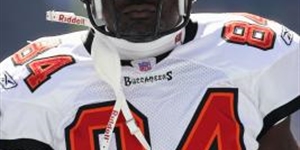 In its wonderfully anachronistic way, the NFL measures speed by the 40-yard dash time. The thought is that since a punt travels around 40 yards, a coach could determine which players to send after the punt returner by measuring their speed at running 40 yards. But wide receivers need more than raw speed; they need football speed, which gives them the ability to run routes, out-maneuver defenders and accelerate to the end zone. The fastest NFL wide receivers show a combination of raw quickness and football acumen.

Though he’s primarily known as a kick returner, Devin Hester’s spot on the Chicago Bears’ roster has always said: Wide Receiver. In 2012 he broke the record for most punt and kick returns all time with 12 in his career. Once he gets into the open field as either a returner or a receiver, it’s nearly impossible to catch him. When he was drafted in 2006 it was with a 40-yard dash time of 4.27 seconds. But his real speed is often shown in lateral bursts, causing defenders to miss tackles and freeing Hester up to sprint down the field. 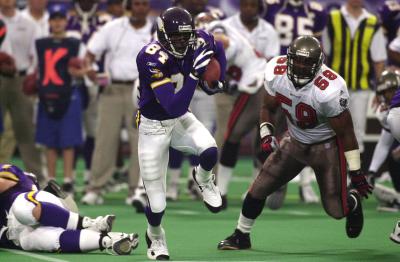 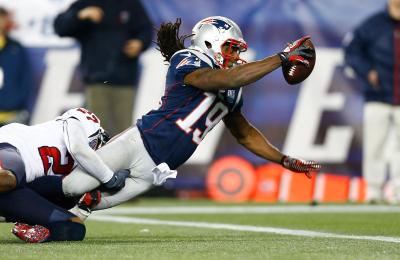 Were it not for nagging injuries, Stallworth could have much better stats in his NFL career. He put up a time of 4.22 seconds in the 40-yard dash and was drafted to play for New Orleans. But after a couple good season injuries to his hamstring started to slow him down. He has played for the Saints, Eagles, Patriots, Browns, Ravens and Redskins but was often traded or waived due to injury, plus one time a felony DUI conviction. It’s a shame to waste all that speed. 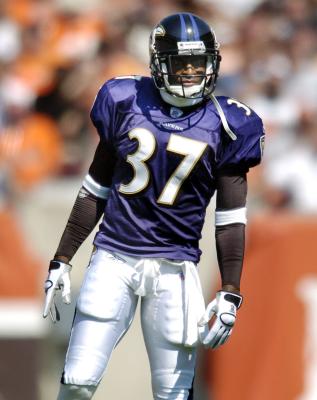 Deion Sanders (a.k.a. “Prime Time”) was fast on the field—so fast, it seemed he switched sides during the game. Wait, that was because he played both offense and defense—not to mention baseball—during his career. He primarily played wide receiver in 1996 for the Dallas Cowboys though he received at least one pass in eight out of the 11 years he played. Sanders’ 40-yard dash was a blistering 4.21 seconds, and it showed when he was receiving the ball or taking it away from receivers as a cornerback. 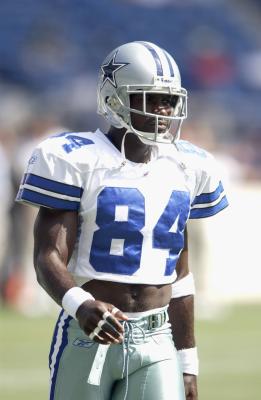 With a 40-yard dash time of just 4.18 seconds, everyone knew Galloway was fast when the Seattle Seahawks drafted him in 1995, but what made him so dangerous was that he kept getting open to get the ball. And once he got that ball, he could be gone in a flash. Over his career he averaged nearly 15.6 yards per reception, so it seemed that every time he touched the ball, the team would march down the field. 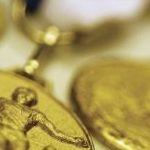