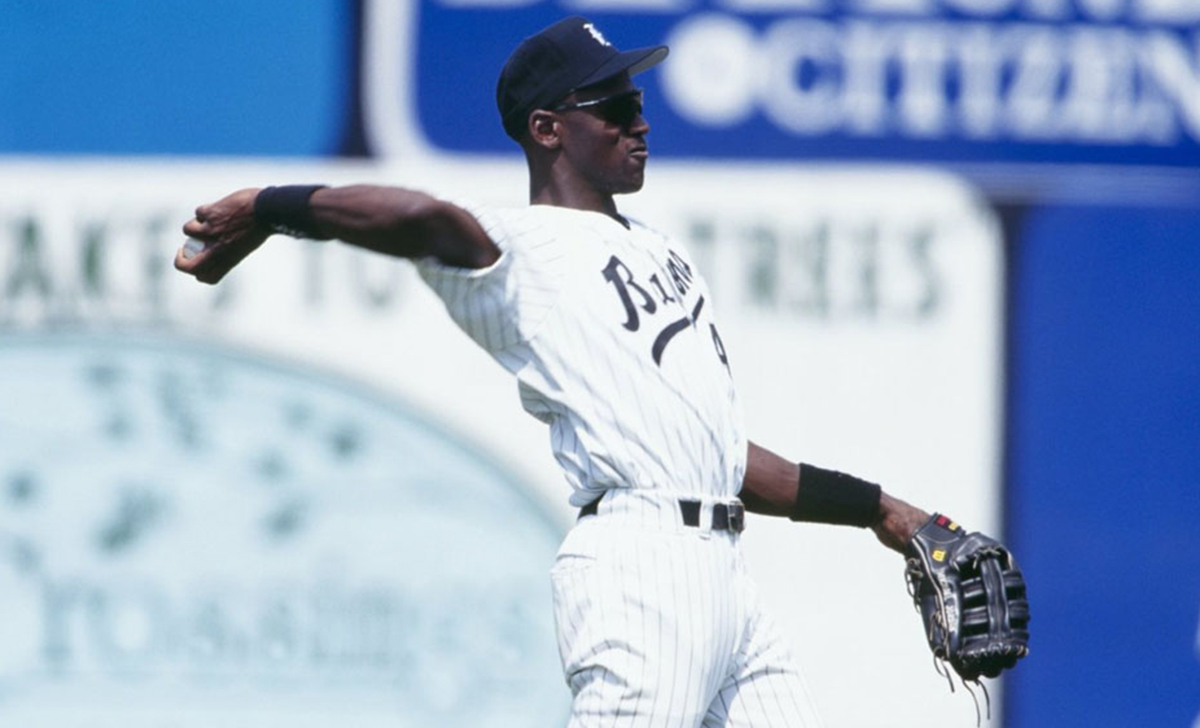 The odds of making it to the top level of a single professional sport are very slim, not to mention being a multi-sport professional athlete. Yet, in some cases, a person possesses such stellar and versatile athletic abilities that he or she is able to make it as a professional athlete in multiple sports. This is an amazing feat given that elite athletes usually spend the entire year preparing for or participating in a single sport.

She is one of two females on the list of the best multi-sport professional athletes. Perry made her debut as an Australian sportswoman by representing her country at two different sports.

She represented Australia at cricket and football at the age of 16. At the time she was one of the youngest multi-sport professional athletes and youngest Australian to have carried out such a feat.

Although unknown to many, Micheal Jordan also played baseball.

According to ESPN, after Jordan retired from basketball in 1993, he decided to join the baseball league in memory of his father who wanted him to become a baseball player. Jordan’s father was murdered in 1993 by two teenage car-jackers.

After his shocking retirement, Jordan signed a deal with the Chicago White Sox in 1994. The team was another owned by Chicago Bull’s, Jerry Reinsdorf, who was said to have continued Jordan’s basketball contract in order to play for the White Sox team.

However, he didn’t do too well in the baseball league and never made it to the baseball major leagues. So after playing for Birmingham Barons and a brief spell with the Scottsdale Scorpions, he left baseball and announced his comeback to Basketball in 1995.

Popularly known as Bullet Bob. Hayes kicked off his sports career with track and field where he gained popularity. He was one of the few multi-sports professional athletes who were able to transition from track and field to American football.

One of Hayes most popular feats in track and field was at the Tokyo Olympics in 1964 where he won the gold in the 100 meters and also won a gold medal in the 4×100 relay where he produced an incredible comeback that was termed as one of the Olympics most memorable moments.

Hayes retired from track and field sport at the age of 21 and pursued a career in American football where he played for the Dallas Cowboys and was a touch-down leader for several seasons.

He is best known for his achievements in boxing where he had a 65-3 overall record. He was the heavyweight champion for over a decade. He was popularly known by the nickname Brown Bomber and was regarded as the best heavyweight of all time in 2005 and the “100 greatest punchers of all time” by the Ring Magazine.

Apart from his popularity in boxing, Louis became one of the first black to people allowed to participate in a PGA golf event in 1952. His participation made way for other black golfers.

Though his most notable achievements in professional sports came as a point guard in basketball with the NBA’s New York Knicks, Charlie Ward can claim something few other athletes can.

He was drafted by teams in America’s three biggest sports—football, basketball and baseball. Ward’s single greatest achievement was winning the 1993 Heisman Trophy as a quarterback at Florida State University.

While women haven’t generally enjoyed the same level of respect in the sports world as men, Babe Didrikson is certainly among the top multi-sports stars ever. At the 1932 Olympics, Didrikson won three track and field medals, including gold in the 80-meter hurdles and javelin throw. Didrikson achieved All-American status as a college basketball player, as well.

Her most significant professional achievements were in golf, where she was a three-time U.S. Open champion and was the top female earner on the LPGA tour twice in the 1950s. Didrikson is in the World Golf Hall of Fame.

Long before being a multi-sport star was cool, Jim Thorpe set the bar very high. In the early 1900s, Thorpe was a standout baseball and football player. Perhaps his biggest claim to fame, though, was winning two gold medals at the 1912 Olympics.

According to an August 2011, Yahoo! Sports article, Thorpe was also believed to have played semi-pro basketball in the 1920s and he was widely revered as the best athlete ever by peers of his era.

It is safe to say that he is one of the first multi-sports professional athletes in the world of sports.

Popularly called Primetime, Sanders is one of the most accomplished multi-sports professional athletes.

Football and baseball star Deion Sanders actually achieved much greater results (personally and professionally) than Jackson. He was the fifth pick in the 1989 NFL draft and had a 13-year career as an eight-time all-pro cornerback and punt returner.

Sanders is the only athlete ever to appear in a Super Bowl and a baseball World Series. On the diamond, Sanders played 10 seasons and batted .263 with 186 stolen bases.

For his achievement in football, Sanders was inducted into the Football Hall of Fame in 2011.

Bo Jackson is often renowned not only as a great multi-sport star but also as one of the best athletes of all time when you factor in speed and strength. Jackson won college football’s Heisman Trophy before getting drafted in 1987 by the Oakland Raiders. While his football career was cut short by injuries, Jackson showed his prowess with many impressive runs from 1987 to 1990.

Statistically and athletically, Jackson actually achieved more in baseball. During an eight-year career from 1986 to 1994, he batted .250 with 141 home runs. Nagging leg and hip problems impacted Jackson’s career longevity.