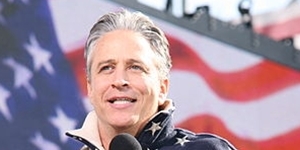 “The Daily Show with Jon Stewart” loudly proclaims it’s a “fake news” program, but it often makes real news, and that’s often due to Stewart’s interview style. He rarely pulls his punches and has a gift for offering counter-arguments without being confrontational, which gets many of his political guests to veer off their talking points. Even with his nonpolitical guests, his direct questions and reluctance to hold back can yield entertaining, if occasionally awkward, results.

Stewart has had former Secretary of State Colin Powell on his show several times, the first time being a few months after Powell left the Bush administration. The 2012 interview, however, is notable because Powell is more frank about his time in the White House. It was unlike his 2005 interview, where he held the Bush administration’s line that approaching the United Nations and invading Iraq were the right things to do. In 2012 a more sober Powell admitted that he regretted his U.N. speech, making him possibly the only Bush insider to suggest that invading Iraq was the wrong thing to do—although suggest was all Powell did.

Some of Stewart’s interviews are touching, such as his 2007 interview with Ishmael Beah, a human rights activist and former child soldier from Sierra Leone. During the interview, Beah talks about how he was essentially dehumanized, brainwashed with drugs and forced to kill for the rebel army during Sierra Leone’s civil war in the 1990s. But even more difficult, he says in the interview, was returning to civilized society. The fact that Beah survived so much and is now working to help others makes his life not only a fascinating story but an inspiration.

Whenever Gervais comes on “The Daily Show,” he’s almost guaranteed to tell a bizarre, disgusting story that will be so abhorrent that you’ll want mind bleach to erase it from your brain. In this early interview, Gervais describes his life before he became the successful creator of the television show “The Office,” concluding with a hilariously memorable story about peeing in a sink while his girlfriend was sleeping.

After the near collapse of the U.S. economy in 2008 and the bailouts of the banks that put the economy in danger in the first place, Stewart started targeting Jim Cramer, the host of CNBC’s “Mad Money,” for telling people to invest in certain stocks that he knew were going to drop. Stewart’s interview with Cramer is so eviscerating and unflinching it’s almost painful to watch. What makes it great television is that Stewart is genuinely demanding answers from a specific person about why the backroom Wall Street deals that caused an economic meltdown are allowed to exist when they hurt regular Americans.

In one of the most hilariously awkward guest appearances in the history of “The Daily Show,” Stewart interviews Victoria Beckham and Emma Bunton from the Spice Girls. Things begin normally enough, with Stewart asking about their upcoming album and their families, but the interview takes a turn for the worse when Beckham tells Stewart she doesn’t think he’s funny. Faced with a heckler, Stewart does what any comedian would do: He goes on the attack. When he accuses Beckham of being prejudiced against Americans, Bunton physically inserts herself between them to keep them from coming to blows. 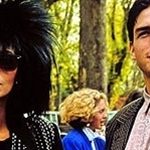