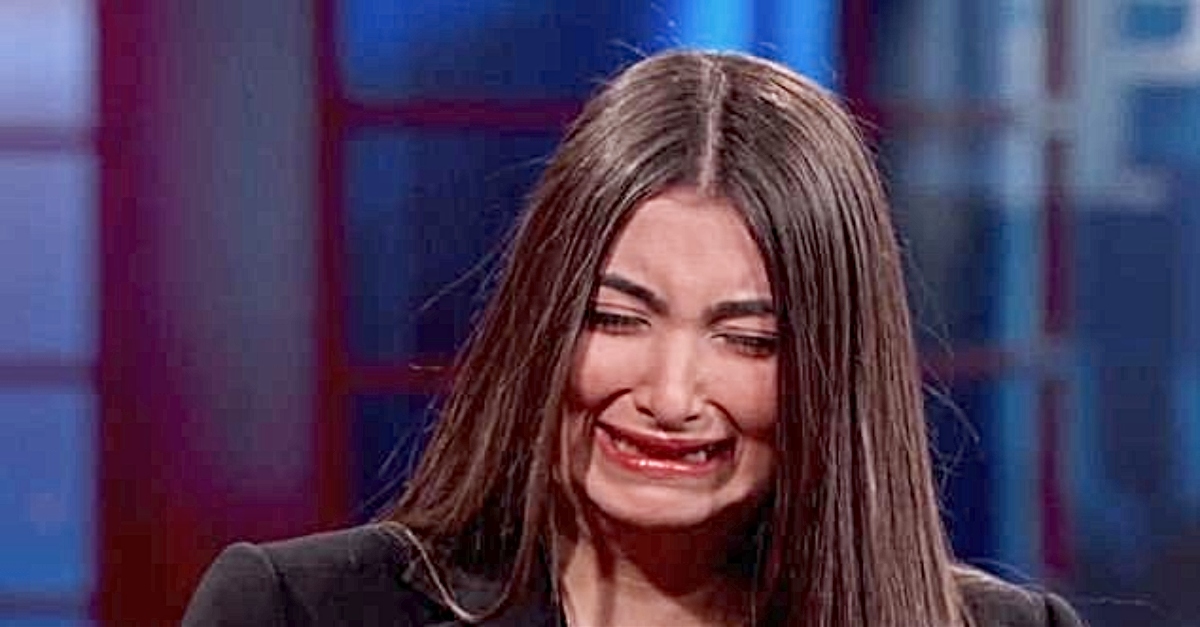 Getting the exciting news that you are expecting and about to become a first-time mom can leave one with a lot of emotions. However, being an expectant young mother and being unemployed is a daunting thought.

With the prospect of medical bills to pay, clothes, diapers, and other baby supplies to buy — and soon a newborn to feed — a young woman applied for a job and was rejected simply because she was pregnant. Obviously, she was furious. But it’s how she reacted sent the internet crazy.

Providing For Your Family 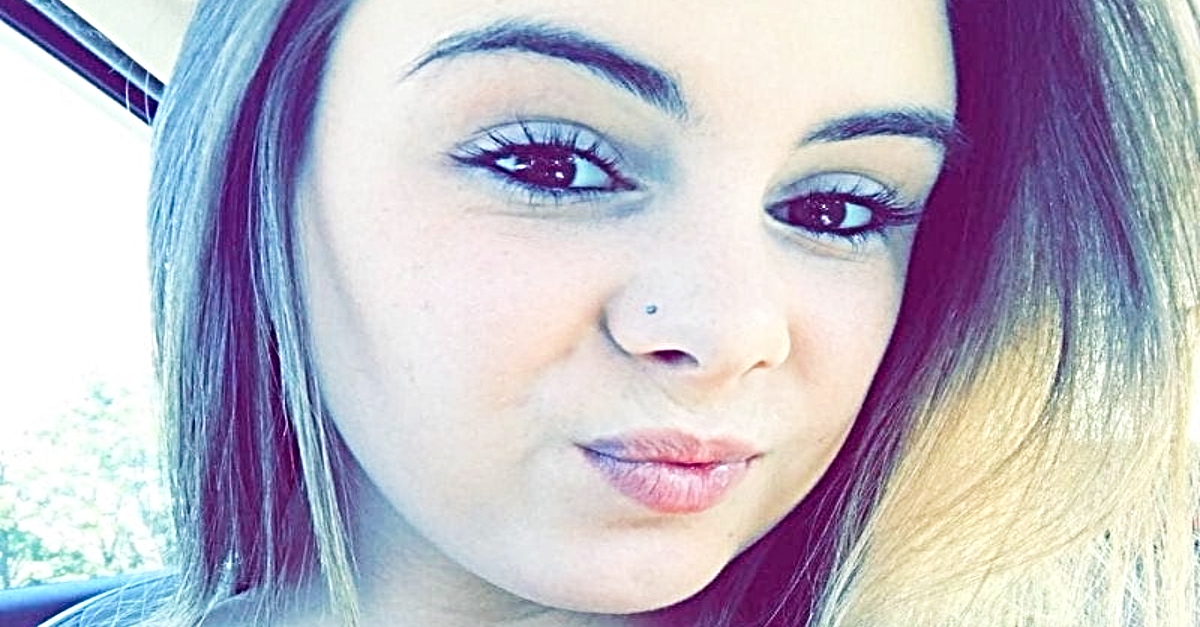 Sustaining oneself financially is hard most of the time. However, during pregnancy, it can become even more testing. Trying to convince an employer that you are the right person for the job can also be hard, no matter how good your skills.

This young lady, unfortunately, had an interview canceled when the employer found out she was pregnant. But she was not going to let this particular company get away with this injustice. What she did to get them back is classic!

The Mother In Question 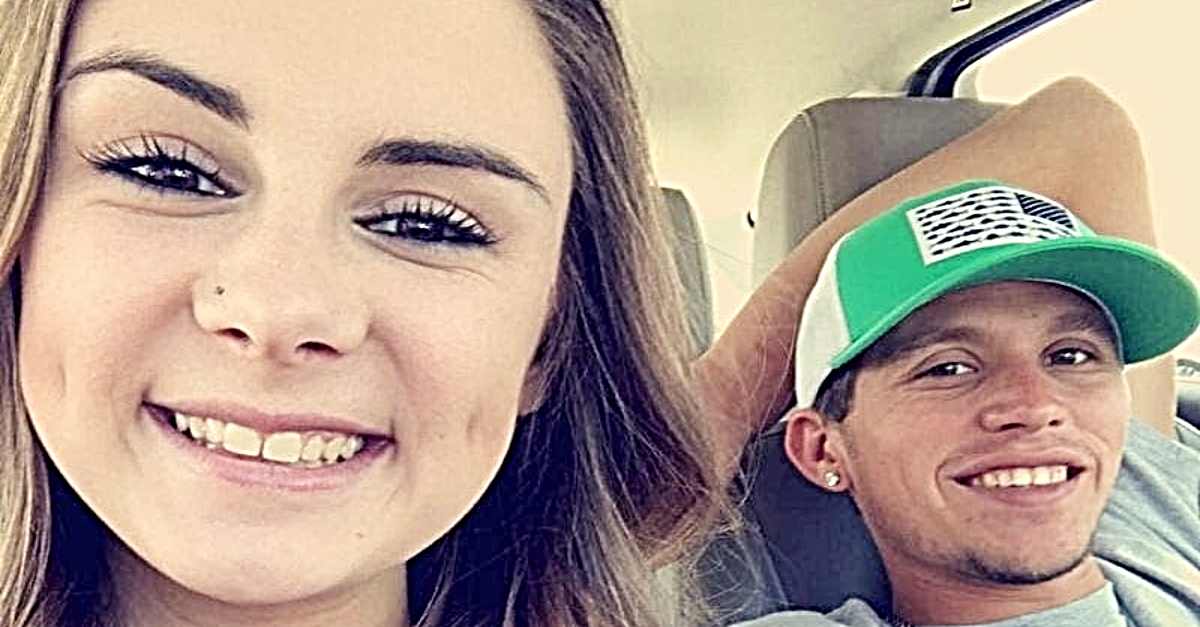 Lindsey Wilcox, a native of Lakeland, Florida, is the young expectant mother affected by this dilemma. Like most young women, all she really wanted was to have a good life.

After completing high school, Lindsey worked a number of part-time jobs. She thought it would be a good time to get a full-time job even though her loving boyfriend provided some financial support. What they encountered next would change their lives dramatically! 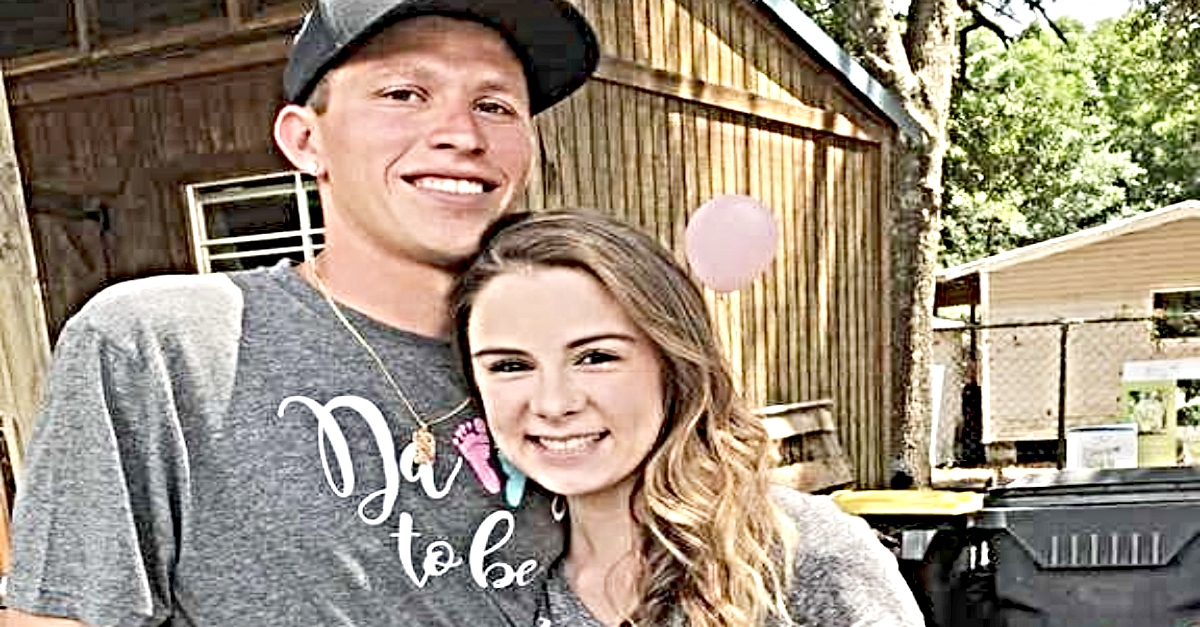 Lindsey and Felix Jimenez had been dating since the fall of 2017. Their relationship was extremely strong and happy and they were ecstatic when they got the news that she was pregnant. They were going to become parents!

With them both being elated about the news, they also realized that being parents is expensive and had concerns about being able to provide everything the baby would need. Sensibly, Lindsey realized that to make ends meet she would also have to get an income of her own. 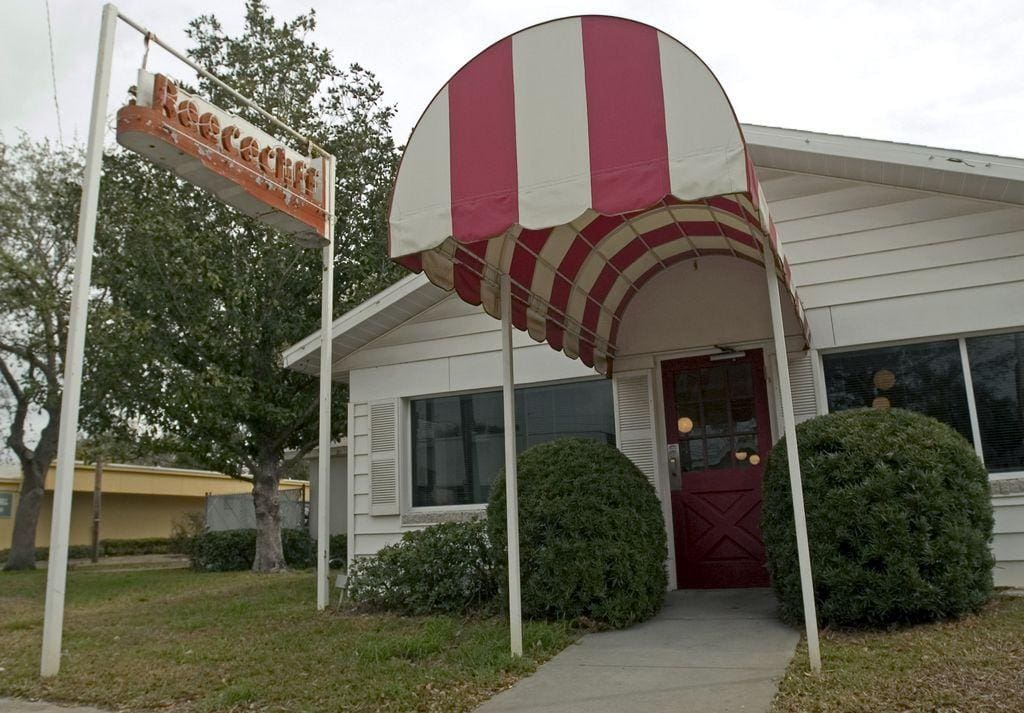 She soon realized that, as the pregnancy progressed, any form of work would become physically demanding. Although she desired to get a full-time job, she consequently chose to apply for only part-time jobs. This allowed her to concentrate and focus on her pregnancy.

Not wanting Felix to feel like he was the only one providing, she wanted to have an income and provide for her growing family. 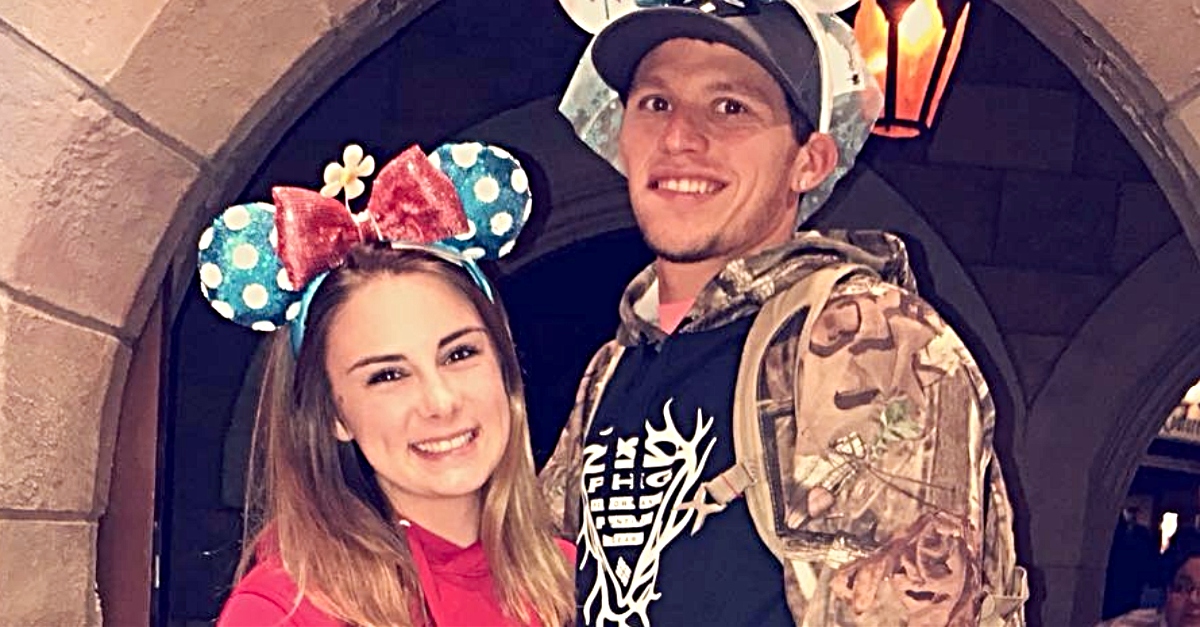 Wanting to have the best chance of becoming employed and getting a job, Lindsey submitted countless resumes and job applications. With this, she discovered that employers hiring pregnant workers were few and far between.

With her bump becoming clearly visible now when she did get interviews, employers were reluctant to hire her. Her only intention being, to raise money so that her child would be born into a financially stable home. 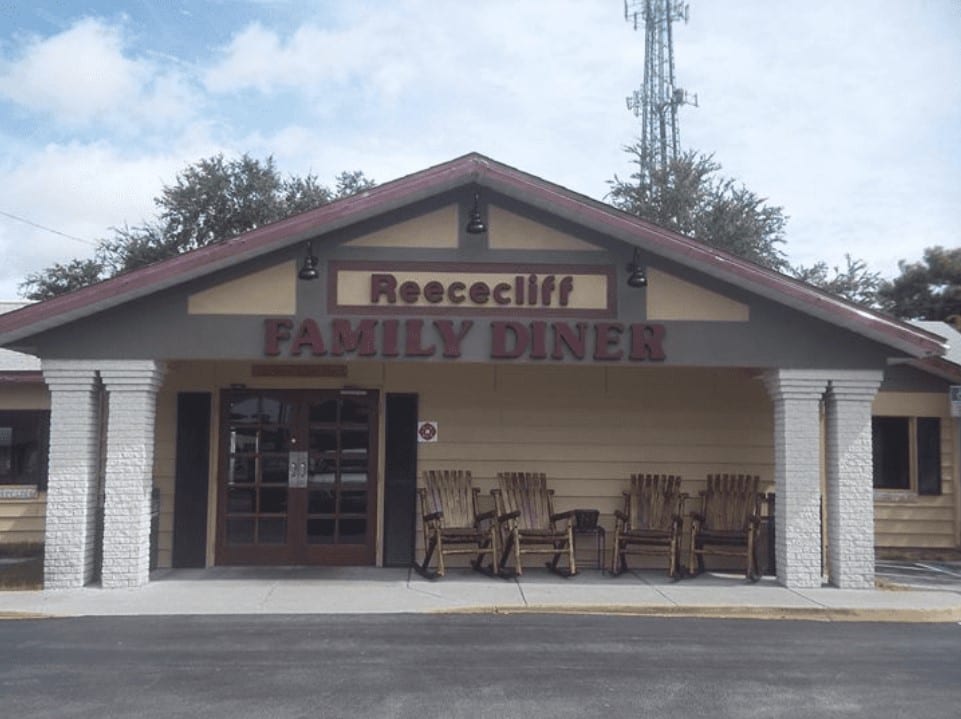 Scrolling down her Facebook newsfeed one evening, Lindsey stumbled across an advert for the local Reececliff Family Diner. It turns out that they were looking to hire waiters and waitresses.

She was already familiar with the diner and was available to work the hours required. Excitedly, she submitted a copy of her resume. Anxiously, she waited for a response to see if her application was successful! 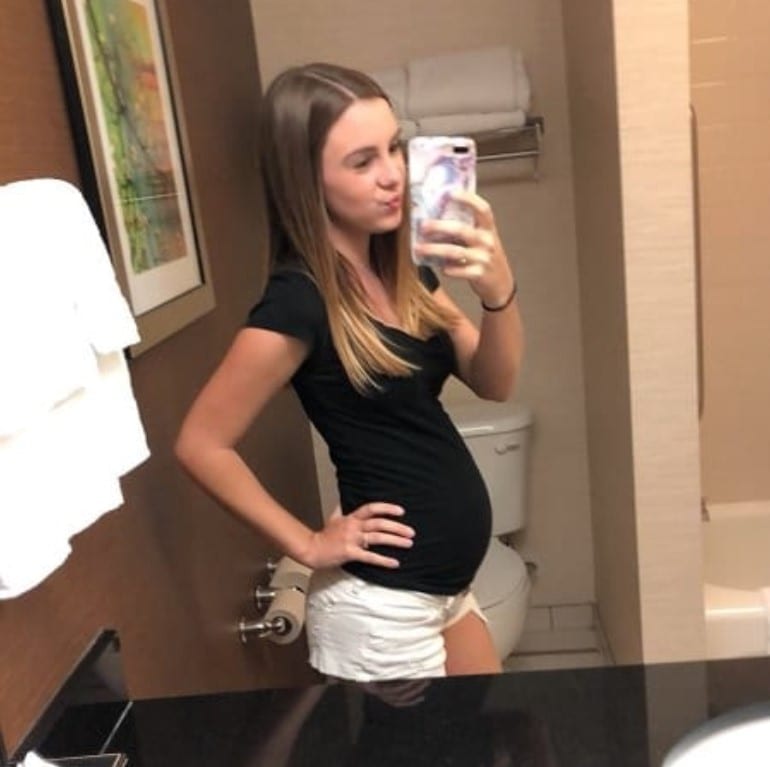 Waiting in anticipation to get a response from the diner, Lindsey finally gets the good news she was hoping for. They replied to her application to schedule an appointment for an interview. Deciding that honesty was the best policy, Lindsey declared that she was pregnant but needed to have an income and work.

She explained to them that it proved to be quite an experience trying to find employment while pregnant. But she was ready and willing to put in the same amount of effort in being a good employee as any other person. 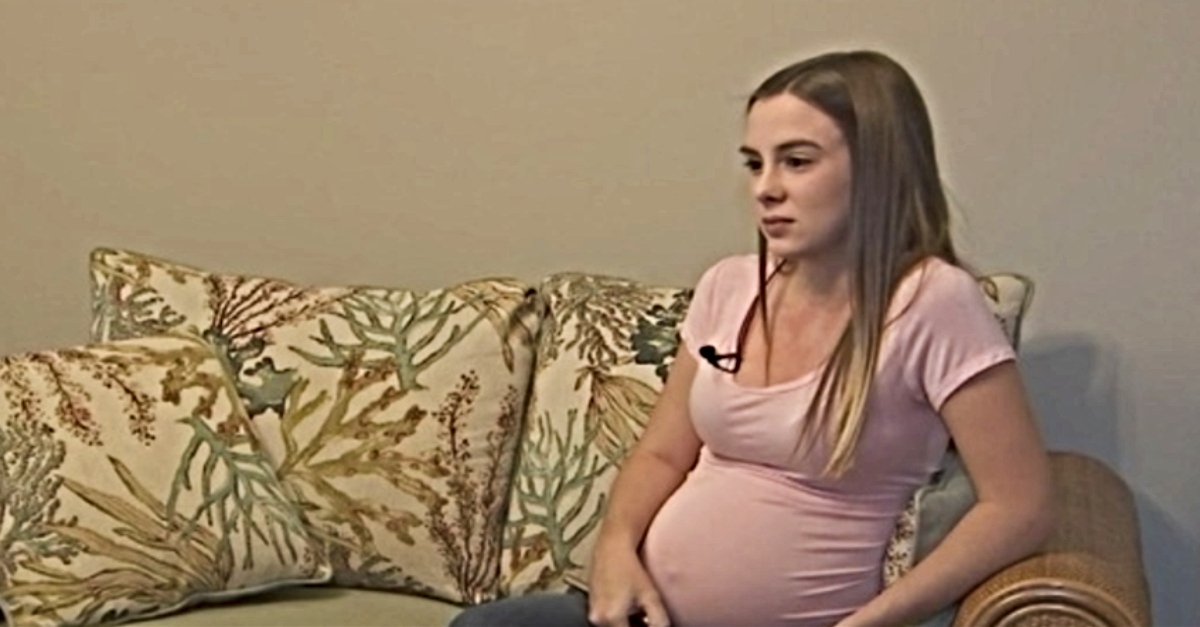 Having been for her introductory interview, Lyndsey was feeling very confident that having been honest about her pregnancy would count in her favor and that her future employers would give her the opportunity to prove her commitment to them and give her the job. However, shortly after that, a diner representative contacted her with devastating news she was not prepared for!

She was informed that her interview and hiring process would in fact not happen. She immediately saw the reason. It was that her pregnancy status was clearly not suitable for her to cope with work. Lindsay was absolutely devastated to receive this news from the diner! 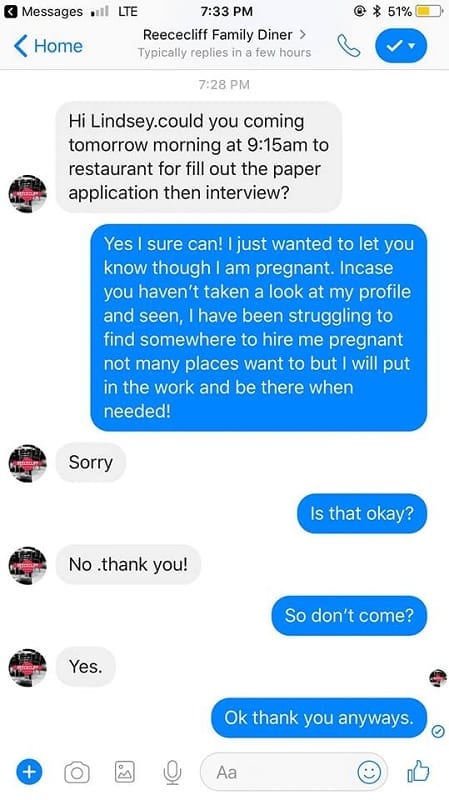 Astonished and frustrated, Lindsay could not believe that the diner abruptly rejected her application… especially considering that an appointment time and date had been diarized already. It seemed suspicious that the diner would suddenly cancel and have a change of heart. But to crown it off without any legitimate explanation whatsoever was too much.

In her mind, Lindsay was convinced that their only reason could have been was because she was forthcoming about her pregnancy. Hurtful that a legitimate explanation would have been fair, she started doubting that “honesty is the best policy always works.” Great disappointment! 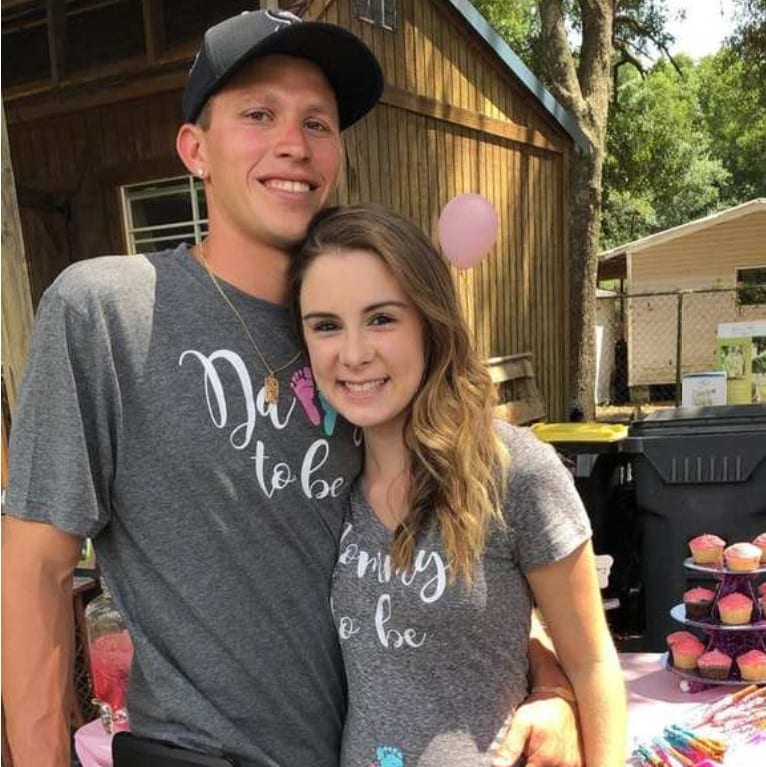 Still very emotional, Lindsey decided to take screenshots of the diner’s response and shared it with Felix. Not unlike his girlfriend, Felix found it very unfair that a potential waitress could be turned away because of her obvious pregnancy.

With great respect for the mother of his child who would have been an excellent candidate for the job, he was angered by the fact that her blatant honesty could have cost her the job. He was not going to leave it there! Felix now sharing in her anger, disappointment and frustration decided to share Lindsay’s exchanged messages from the diner on his Facebook page, attempting to attract some local outcry where a family-run local establishment could allow such blatant discrimination against a pregnant woman.

Considering this to be very wrong and surely illegal, he vowed that they would not get another dollar from him and was sure that the rest of the community would follow suit. 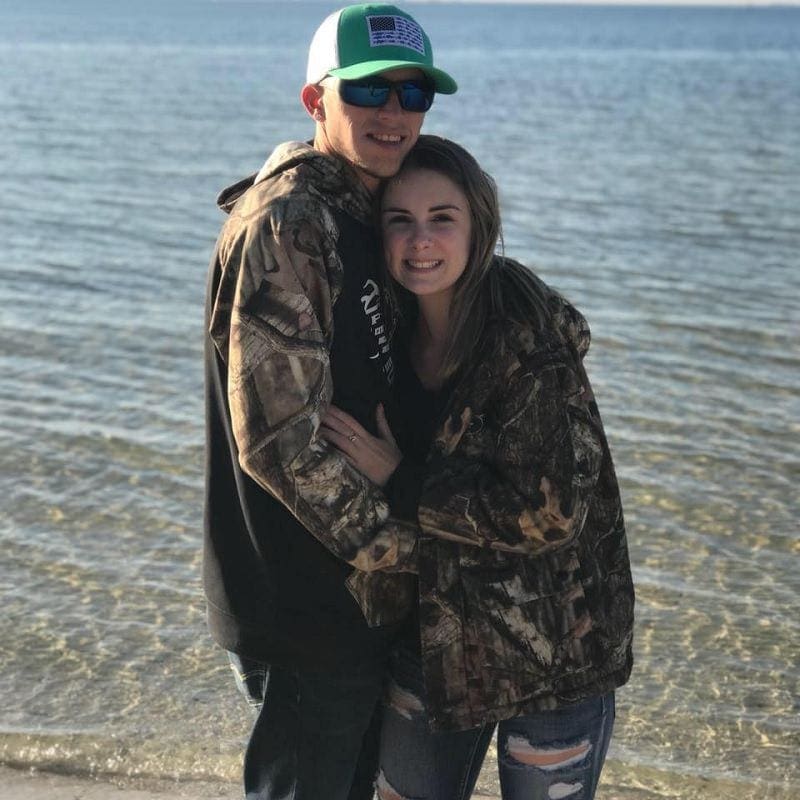 To his surprise, within hours of Felix’s post, it surpassed his personal circle and the screenshot had been shared by hundreds of people. Topping that, even the local news took an interest… and after an interview on Fox-13 about Lindsay’s predicament it got even more attention with more than 2000 views, 650 shares, plus 200 reactions, and close to 200 hundred comments, almost all of them from strangers.

It wasn’t just the TV stations that wanted to share in the outrage, as the story became plastered around parenting-minded websites as well. 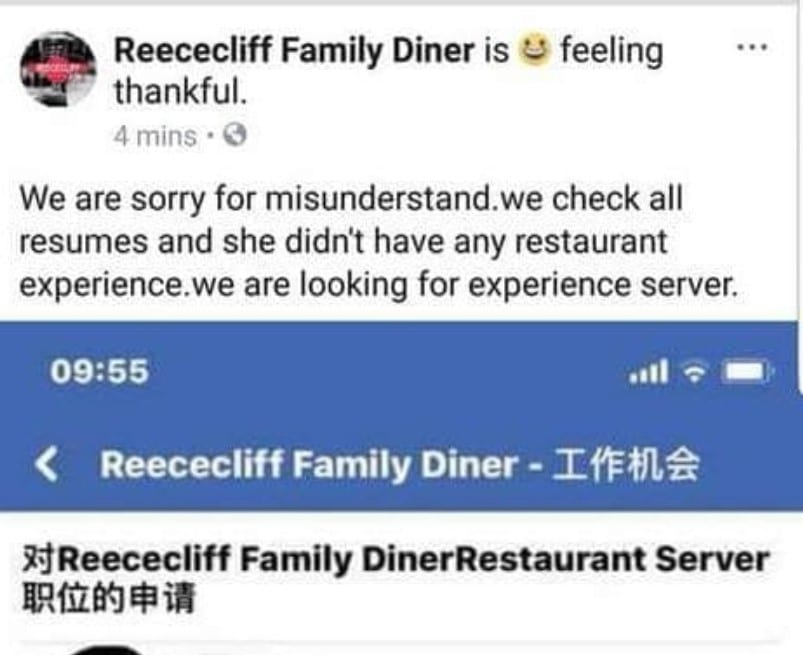 As the outcry escalated, the owner couldn’t ignore the backlash and was forced into responding. However, in his response, he made another huge error by sharing Lindsay’s resume to prove that she was unqualified for the position.

Which in fact was quite the contrary. Lyndsey was hugely offended by this as it was a violation of her privacy and it even shared her personal information, including where she went to school, her address, and her previous work experience. Followers of the diner’s page who were inclined to give them the benefit of the doubt chose to dissipate. 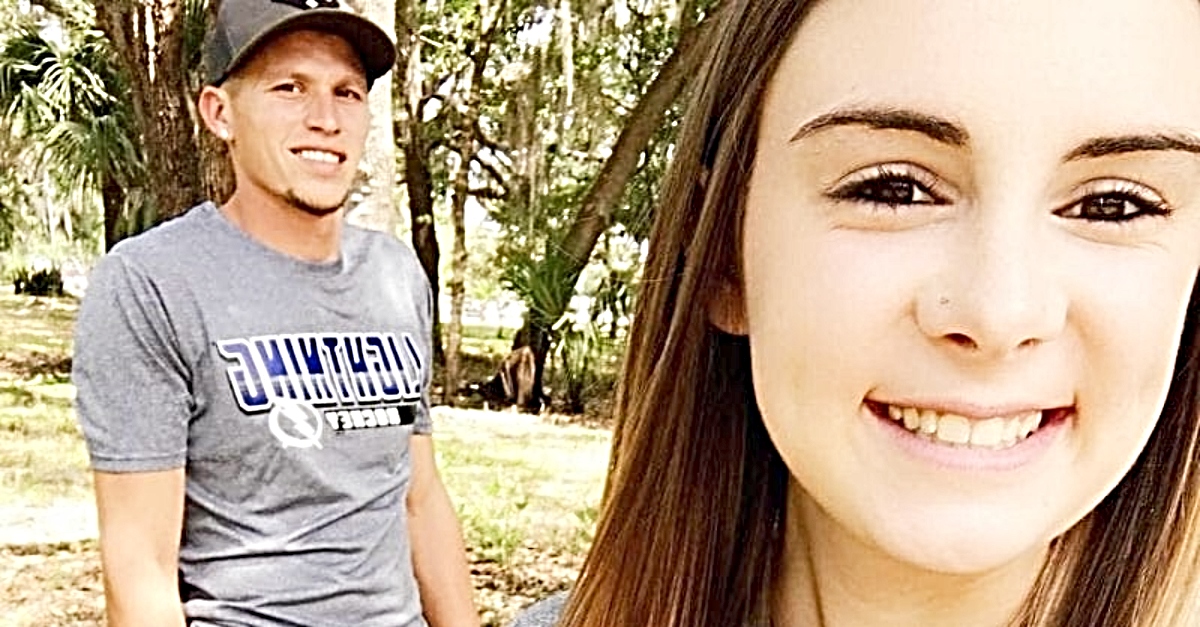 Seeking legal advice, Lyndsey was advised by Attorney Raul Valles who also explained that employers could do more harm than good to themselves if they discriminate against anyone in this way. Many people rallied with Lindsey about the discrimination, however, others who were local diners thought she was using it to her advantage for being not qualified for the job.

The diner, however, did lose a lot of local visitors as a result of this unfortunate incident as boycotting resulted in the establishment until problems were resolved. The community did not want to be associated with them. 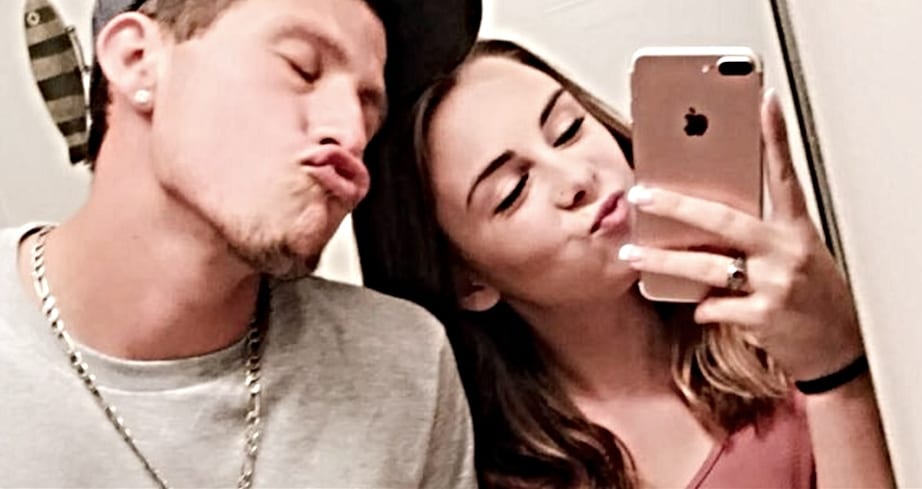 The owner reached out to Lindsey declaring that he was not the one to send the message to her on social media and that it was an employee who did it without any authorization and would be dealt with.

The concerned employee would be educated properly on communication and the law and policies that the diner upholds. He did not want the reputation of his diner to be ruined by one employee. 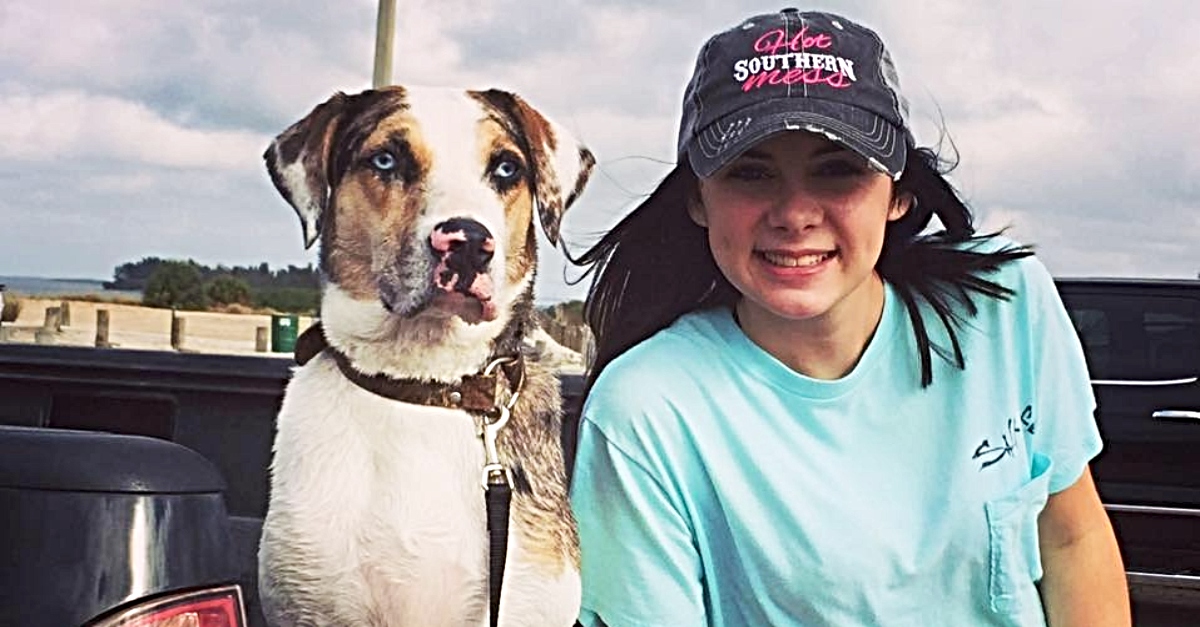 Feeling very embarrassed about the incident, the owner of the Reececliff Family Diner wanted to offer her another chance to interview for the job — this time based only on her experience and conduct. In the interview, he would give her a fair chance to get the experience she had hoped for.

He didn’t want any discrimination based on other factors interfering and did it totally by the book. 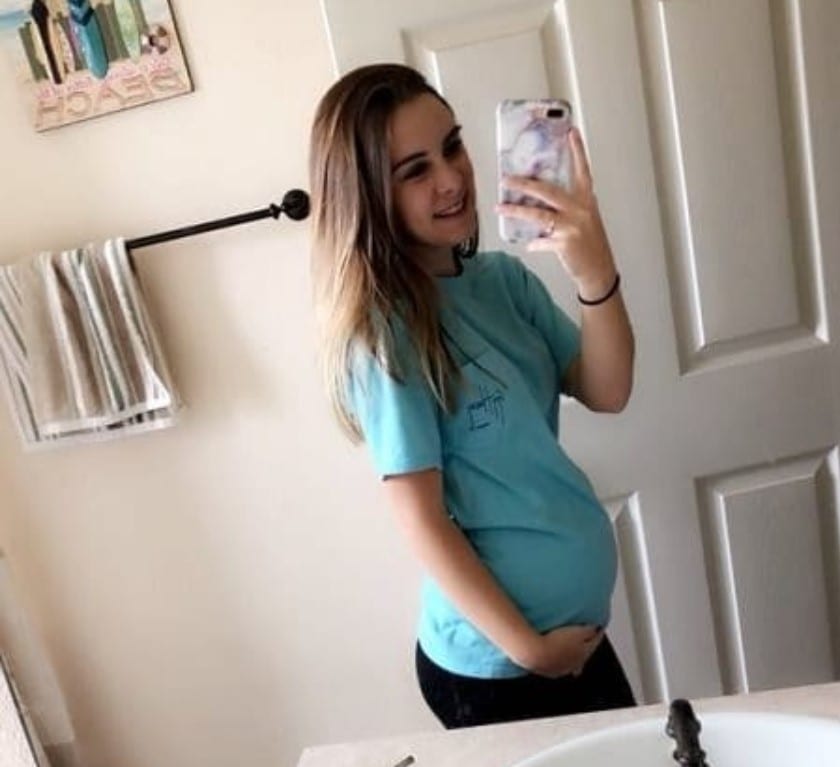 Being very appreciative of the owner’s attempt to make amends, Lyndsey turned the offer for another interview down. She wanted to put the past behind her and wanted nothing more to do with this establishment.

She decided to concentrate on finding another job. This has been a very dramatic and unsettling experience for her! With her due date approaching rapidly she made the mature decision to concentrate on her future and exciting new life.

She Is Not Alone 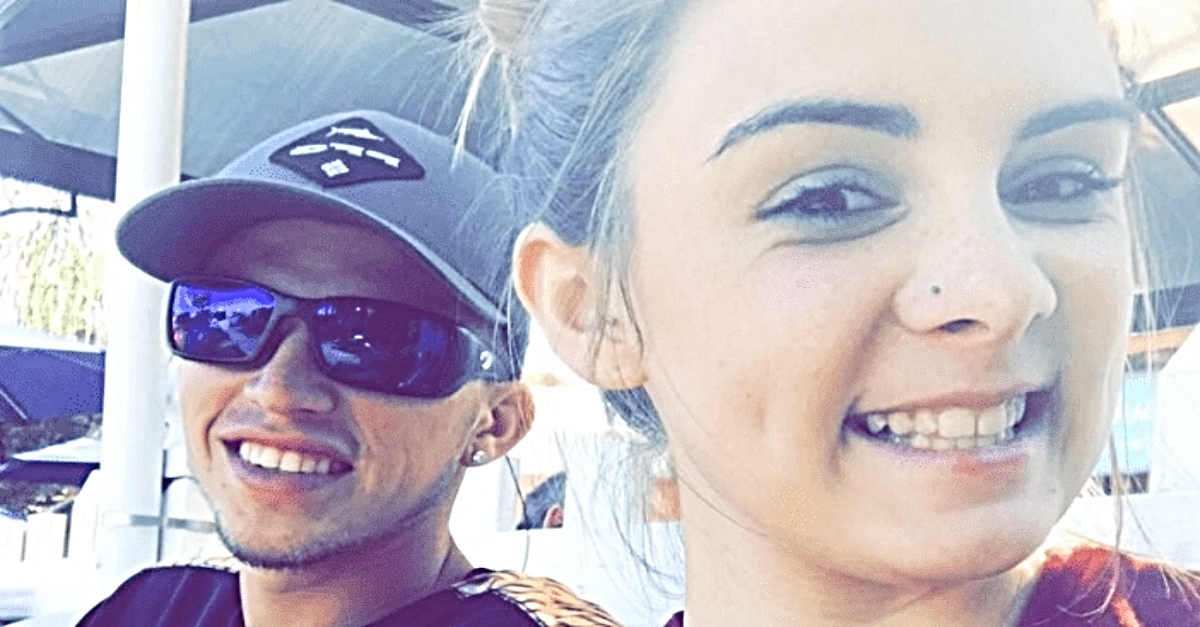 Yes, Lindsey’s story was very dramatic and disturbing, but the unfortunate fact is that it is not the first incident. She’s unfortunately not the only soon-to-be-mommy who has battled against similar discrimination. Thousands of women around the country and in her home state, Florida, have complained about the issue. Many have reported similar incidents.

Because of copious complaints on the matter, in 2015, Florida legislatures decided to help end the discrimination. By altering the Florida Human Rights Act. They added in pregnant women to the list of groups who should be protected from employment discrimination.

Fortunately, Things Are Being Done It is refreshing to know that States like Florida have gone the extra mile to help protect pregnant women in the local workforce. But there are, in fact, laws about it on a national level. It might be surprising to hear that laws protecting pregnant women have been around since 1978, when the Pregnancy Discrimination Act was passed by the U.S Congress.

Changes were made in 2008, to include pregnant women in the American with Disabilities Act, which is reinforced throughout the country. Let’s wish Lesley, Felix and the little one a happy and bright future ahead of them after this start!