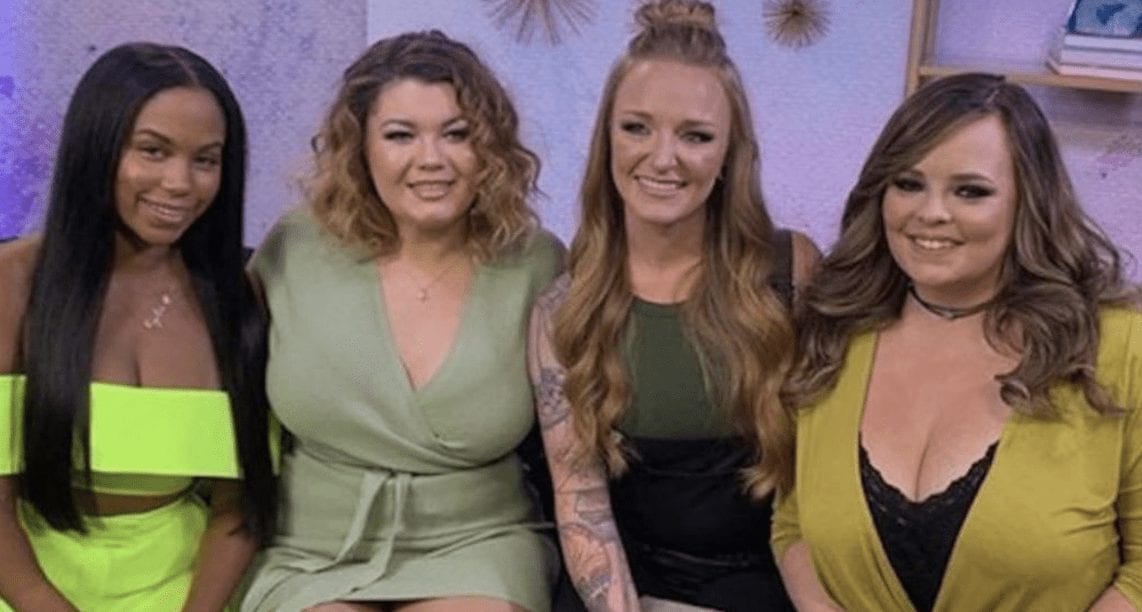 There are always many crazy stories in the Teen Mom world. These typically revolve around pregnancy, new relationships, marriages, divorces, marital problems, and more. Occasionally, Teen Mom news revolves around death, though these typically tend to be animals.

For example, a big story last year revolved around former Teen Mom 2 star Jenelle Evans’s husband, David Eason, murdering their dog, Nugget. There have also been other deaths along the way- one of a former Sixteen and Pregnant cast member, Valerie Fairman, and recently a death of Teen Mom OG star Catelynn Lowell’s Great Grandmother. Now, in a shocking report, a Teen Mom and her man have been murdered- and the suspects have been arrested! What’s going on?

Before getting into the murder, let’s review some of the biggest news in the Teen Mom world as of late. One of the biggest stories has revolved around Teen Mom OG star Cheyenne Floyd breaking up with her boyfriend, Matt Walker. On the currently airing season of the show, we have seen their relationship continuing to play out; however, it was public knowledge before the season began that the pair had broken up.

On the upcoming episode, we will see when Cheyenne decided to dump him- and it reportedly involved a fight surrounding asparagus. She explains on the upcoming episode that, “I said, ‘I don’t eat asparagus. I’m going to put these back.’ He goes off! ‘You’re ungrateful. You should’ve’ started off with you’re welcome. How dare you.’ It was so awkward. You sitting here screaming at me in front of my family, my friends, your friends, how are you not embarrassed doing this? After the kitchen argument I was like you gotta go.”

Speaking of Cheyenne, another major story of the currently airing season revolves around her baby daddy, Cory Wharton, moving on with girlfriend Taylor Selfridge- and Taylor getting pregnant. Cheyenne recently talked about where things stand with Cory and Taylor exclusively to E Online.

Cheyenne revealed that, “It’s definitely one big, weird, blended, dysfunctional family. I actually helped them plan their gender reveal and gave them all the vendors and places to call. People hear that and they’re like, ‘You helped your child’s father plan their new child’s gender reveal?’ and it sounds so weird but it works for us.”

Cheyenne continued dishing to E Online that, ” “I would take our situation over us hating each other any day. It might be weird to some people, but it works for us.”

She then went on to address her co-parenting relationship with Cory, stating, “Our biggest thing since day one of Cory coming into Ryder’s life was what kind of dad he wanted to be and what kind of parent he wanted to be. I wasn’t going to allow him to be a Disneyland dad or an Instagram dad or just in the moment…He had to be 100 percent. I think from the beginning, he saw my mindset and appreciated it so that’s why we co-parent so well.”

Another thing going on in Cheyenne’s life has been her daughter Ryder’s health issues, as her daughter is diagnosed with VCLAD.

On Ryder’s health issues, Cheyenne explained to E Online that, “”She’s doing good. With all the health stuff and viruses, we have to keep her close to us and take extra precautions. But she’s doing well. She does regular doctor appointments and sees a nutritionist and a genetics doctor but everyone says her levels are really good. We are just trying to get through flu season.”

Cheyenne also addressed her relationship with Cory’s girlfriend, Taylor, stating, “I’m not going to let my kid go anywhere if I’m not cool with the person and so we might as well be friends and get to know each other so it’s a peaceful relationship.

Finally, Cheyenne addressed her ex Matt and her future relationships, stating to E Online that, “In the beginning of the season, viewers will see what happened between Matt and I. I’m not really focused on dating. I’m just focused on being a good mom and starting the non-profit and the business.”

If someone comes into my life, I’d be open but I’m not looking. But if you have a nice guy that’s single and six feet four inches tall, bring him my way. The DMs are open.”

Other news in the Teen Mom world as of late has revolved around Mackenzie McKee on Teen Mom OG. While fans recently watched on-again-off-again husband Josh re-propose to her, recent news has been that she has taken some time alone.

It’s understandable that Mackenzie is having a tough time regardless, as she tragically lost her Mom to cancer towards the end of last year. On the currently airing season, viewers are also getting to see Mackenzie’s Mom’s sad battle with cancer.

Aside from the OG’s, former Teen Mom 2 star has also continued to make headlines. This is much ado about her getting back with her David Eason after she had previously announced at the end of last year that she was separating from him and proceeding with a divorce.

Her Tik Tok account has also been getting a lot of notoriety, with fans continuing to tune in to see what dance craze Jenelle (and her adorable kids) will take part in next.

So what’s going on with the latest news of a Teen Mom murder?

According to a new story from People, a teen, a Mom, and her boyfriend were murdered last year. Fans of the Teen Mom franchise needn’t worry, as it wasn’t anyone form the franchise, but the report is still unsettling nevertheless.

According to the report back in May of last year, 39-year-old Michael Coleman, 34-year-old Rachel Ozuna and Rachel’s 14-year-old son Kyruss Ozuna were all found murdered. The report notes that all were found with their throats slashed. There was also a toddler and a six month old baby home at the time, but fortunately they were not harmed. So why is this news again?

This has popped up in the news again due to the fact that, almost a year later, suspects in the murder were finally arrested. People notes that last Thursday FIVE suspects- namely Durward Anthony Allen, 27, Jamal Kelvin Bailey, 30, Hugh Cameron Green, 30, James Christopher Myers, 30, and Montel Jaleek Wilson, 26-, were charged with first-degree murder.

While this doesn’t make the tragedy any better for anyone involved- or the family involved- at least their surviving relatives can hopefully find some solace in the fact that their murderers were found and finally put behind bars.

Make sure to stay tuned for any updates on the story.