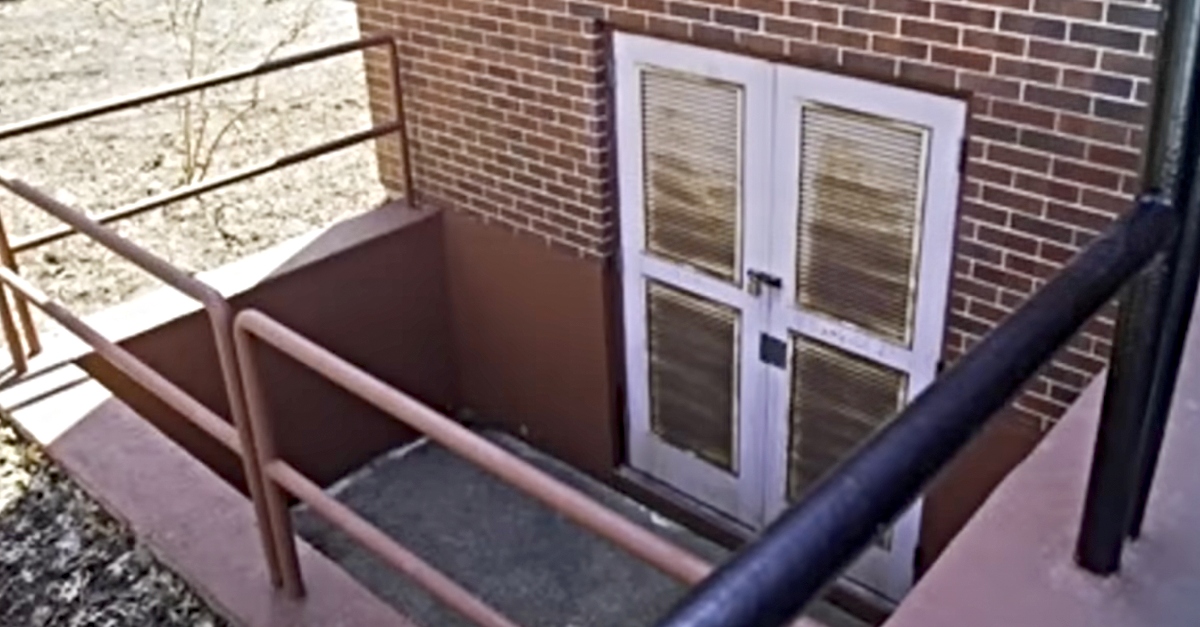 It was a chilly evening, and he had been wandering around outside. He could feel the cold breeze as he desperately tried to find a way back inside the building.

He did not think twice when he found the secret entrance. He made a grave error once he went inside, a choice that would affect him for the rest of his life.

Nineteen-year-old Wade Steffey was a dedicated university student that stumbled into the Ford Dining Hall that Friday evening. The dining hall was one of five of Purdue University’s dining halls.

Purdue is a university in Indiana that is well-known for its athletics and academic departments. He received a full scholarship to study aviation technology with big plans for his future. He had not been prepared for what was about to happen.

He had gone out with a few of his friends for dinner, excited for the first Semester, surrounded by students planning what they would be doing that night and the following weekend. The dining hall was filled with anticipation.

They had been discussing their plans for that evening for a while. He was unknowingly making plans that would negatively impact his bright future.

The evening plans changed, and Wade ended up at a fraternity party where he stayed until around 12:00. He realized he had left his jacket at Owen Hall. He left to retrieve it after letting one of his friends know where he was heading.

Wade didn’t expect the doors to the dorms to be locked, and he had no way of getting in. There was no one that he knew who lived there that could open the door for him, and he also didn’t have a key. He was at a loss for what to do.

In an effort to get inside Owen Hall, Wade made six phone calls during his walk back. There were two people inside Owen Hall who he called. However, neither of them answered their phones.

Eventually, Wade reached Owen Hall around 12:30 a.m. As he approached the locked doors, Wade put his phone back inside. At that point, he wanted to get in desperately.

Wade simply began knocking, and soon an Owen Hall resident heard the banging and went to the door to investigate. Wade was acknowledged by them. Evidently, they concluded he appeared too drunk to let him inside the property.

Wade supposedly stood there and kept banging for some time after they refused him access before giving up. He walked away after turning around.

Wade left and walked over to the left side of the building to try to find another entrance after being turned away from Owen Hall. He discovered another door on the building’s left side. Even though this door didn’t have a sign saying “stay out,” it was rather clear that it wasn’t intended for usage by students.

To visibly bar passersby from accessing the door, a metal barrier surrounded it on all sides. The door was built lower than the ground and was permanently locked. Well, it was intended to be locked at all times.

In an attempt to open this door, Wade grabbed the doorknob and pulled. He stepped inside the open door, and darkness enveloped him. All he could hear were machines humming and whirring. His intoxication didn’t stop him from proceeding.

Wade was solely focused on finding a light switch and was afraid that if the door closed behind him, he would be locked inside. To keep it open, he removed one of his sneakers and placed it inside.

Wade entered the room and almost immediately ran into a large metal structure that he couldn’t see. But he could feel it, and he knew it was made of smooth metal and sensed that it was some sort of machinery. His intention was to pass via this space and locate a different entrance to the dorms.

Wade then started to move around and realized how big this machine was. By the time he reached the left edge of the equipment, he had understood that he could get past it by turning sideways because there was sufficient room between the machine’s side and the room’s wall. Or so he believed.

Wade twisted so that his chest would be facing the machine and his back would be on the room’s wall. He then started shoving himself into the tight space. He was therefore moving forward with his hands up to protect his face and neck when, at some point, he started to stumble. Because he was crammed into this small area, he prevented falling.

But for a little while, he instinctively grabbed hold of the machine beside him. By sheer coincidence, his left ring finger fell into a two-inch-deep, extremely small crevice. He then understood what an unfortunate error he had made.

The room that Wade was in was called an electrical vault, and it contained six large transformers, one of which Wade’s finger had just stuck inside. The outside of these transformers was mainly covered with protective materials that mitigated the electrocution risk.

But there were still several parts of these machines that there was just nothing you could do. One of those sections you needed to be extra careful with was that two-inch hole Wade’s finger slipped inside.

At the back of that two-inch hole was an exposed electrical conductor. And the second the tip of Wade’s finger touched that conductor, between 2000 and 4000 volts of electricity was pumped into his body. Wade passed away instantly.

Wade then remained kind of wedged between the transformer and the wall after he passed away. He was in a semi-upright position with his finger still stuck inside.

After two long months, Wade’s remains were discovered by a maintenance worker who happened to hear a weird noise inside the room. Due to Wade still being connected to the machine, it began to make strange noises.

When he looked behind the transformers, the janitor was shocked. The gruesome discovery left him scarred for life.

Why Did No One Find Him?

Wade was found only after two months due to the well-hidden area he was. A detective checked that room right after he went missing, but because the room was so dangerous, he didn’t get a chance to check it in detail. He just looked around.

Sadly, this meant that Wade would only be discovered after two months. His family and everyone who knew him couldn’t believe what had happened.

After a lawsuit, it was deemed that the university had been negligent and was ordered to pay Wade’s family half a million dollars in damages. They should have been more careful in blocking access to such a dangerous area.

That door should have been locked. From then on, the room was better secured to prevent such tragedies from happening again.