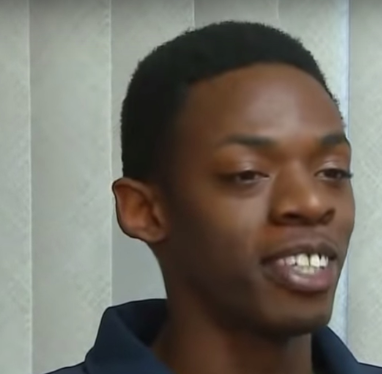 It’s a rare occurrence when getting pulled over by the cops ends on a good note. But every so often empathetic officers can change a person’s day for the better which is what happened to Ka’shawn Baldwin.

Driving along in his home town of Cahokia, Illinois when Officer Roger Gemoules of the Cahokia Police Department pulled him over. What did Baldwin do to be pulled over?

The plates on the car were expired and it was a normal stop sign. Baldwin told Officer Gemoules that he was on his way to a job interview at FedEx. He explained that he knew he shouldn’t be driving, but he needed this job and no other means of transport, praying he could make it to the interview.

However, what happened next is pretty awesome.

Officer Gemoules proved sympathetic to the case and made an incredible offer. He volunteered to drive him to his job interview and the story quickly goes viral on Facebook, being a great example of how community-oriented policing actually works.

“That kind of brought joy out of me,” said Baldwin. The two were an unlikely duo, but would he get to the interview?

It just goes to show that at the end of the day, being a police officer is all about serving the people. I asked him ‘Can you take me to my interview’ and he drove me there,” said Baldwin.

“It meant everything to me and brought my spirits up; it kind of made me happy,” said Baldwin.

Not From Around Here

In this part of Illinois, Police aren’t really known as being friendly to the community.
“With everything that’s been going on recently in the community around here, police get a really bad rap,” Officer Gemoules said, Baldwin added.

“I was shocked that he actually gave me a ride to the interview. Normally, cops are like, where I’m from, they don’t really do stuff like that,” Baldwin told ABC. Why Baldwin actually needed the job is amazing…

Baldwin needed the new job in order to get his car plates up to date, as well as to take care of his family. He has a two-year-old daughter that he was responsible for.

Baldwin said “I’m out here by myself and I’ve got a daughter to take care of. Basically, just alone,” But would Baldwin get the job?

The police officers act of kindness that day ultimately led to Baldwin getting that FedEx job, thus changing the man’s life for the better. It’s great that Officer Gemoules went out of his way to help.

Instead of punishing Baldwin for his actions, Officer Gemoules took a different approach and did what the Mayor of Cahokia likes to call “community policing. The Mayor also had something to say.

“I am very proud of Officer Gemoules and excellent decision-making and judgment. ‘Community Policing’ is something we strive for in Cahokia because it is not always about writing tickets or sending someone to jail. It is about helping people”

Job well done Officer Gemoules and congrats to the young man for getting the job!” said Mayor Curtis Mccall Jr. This is the type of policing we need more of!