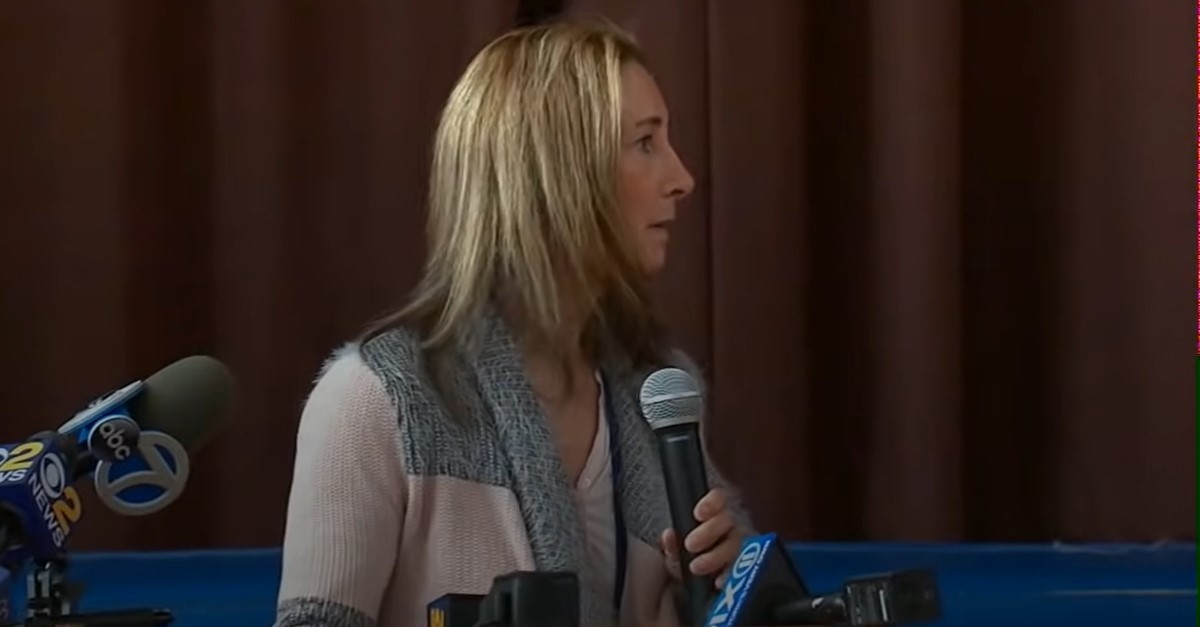 She knew that posting her true feelings online was nonprofessional, but she was tired of being exploited.

She deleted the post the following morning when she realized the implications. However, it was seen by many during the night, and it was a post not easily forgotten. Her job was on the line.

Margaret Jackson had been doing this for a long time and never thought she would feel differently. Things had changed for her.

She was fed up with what she used to find joy in and decided to do something about it. But she had not foreseen the consequences.

Margaret grew up in Houston, Texas, dreaming of becoming a teacher. She worked as hard as she could to become a middle school teacher.

She was in love with her job and students but eventually came to face to face with something life-altering over the upcoming years.

At 30 years old, the teacher caught on that she wasn’t being paid as much even after working extra hours because of bringing work home. She also found that she struggled to tolerate the kids anymore.

Things used to be different. She remembered kids who were kinder and cared about their schooling, and the change was getting to her.

Need To Voice Her Concerns

She remembered students who worked hard and were genuinely interested in their learning. Was it their generation or the school she was teaching at?

She couldn’t keep her thoughts to herself any longer, and when her students seemed unfazed, she went to the only people she thought would matter. However, they had a choice in who’s side to take.

There Was A Problem

Margaret looked into the torn textbooks, shelves not being taken care of, and leaving a mess and concluded that her students didn’t care about anything anymore.

She tried to voice her concerns to the students, but they never listened.

Margaret begged her students the following morning to take things more seriously and not destroy their belongings. Her words were not sinking in.

There had to be more she could do, so she posted her concerns and frustrations online for all the parents to see. It wasn’t long before she wasn’t a teacher anymore.

Margaret turned to Facebook and expressed her feelings about the students disregarding personal and school property. She wrote that she had no classroom budget and was done tolerating the students’ behaviors.

She further described an encounter with a parent who, in front of her son, rudely told her that it was wrong of her to hold him accountable for any of his behavior. She had no idea what posting her feelings would lead to.

Parents were upset over her comments and what she considered was the hard truth. She never expected them to take it a step further.

She had made one more comment but knew she had to delete her posts for a clean slate, but it was too late. They had already been seen, and things would get a lot worse.

Time To Stand Her Ground

Margaret had a sense of freedom when she spoke of all her concerns, even those who didn’t want to listen. She felt she had to say something.

She could finally stand her ground and speak her truth, but that final post had pushed everything over the edge.

She already knew what it would mean when she posted her honest words on social media. It was unprofessional, but she had nowhere else to vent her frustrations. She was tired of being taken advantage of.

But after she quickly realized what she had done the next morning, she deleted the post. But a lot of people had read it overnight, and they wouldn’t forget it so easily. It was the post that cost her her job.

Margaret wrote the post that changed everything, “I left work early today after an incident with a parent left me unable emotionally to continue for the day.”

“I have already made the decision to leave teaching at the end of this year, and today, I don’t know if I will make it even that long. Parents have become far too disrespectful, and their children are even worse.”

Leaving The Career For Other Passions

With Margaret leaving the teaching field, it isn’t all sad. She’s decided to pursue other passions she’d developed. The biggest one was child psychology.

She’d taken psychology when she studied at the University of Houston. Going to greener pastors was the best thing for Margaret. She wouldn’t have to deal with any more disrespectful parents and unwilling students.

She had a more fulfilling life once she went back to school and started on the road to becoming a child psychologist. She still had a passion for working with adolescents. Now she could really make a difference without the abuse she had faced before.

Her passion for children hadn’t died, just the education system and the parents that enforced their student’s bad attitude toward their education.

Margaret knew that becoming a psychologist was easier said than done. It would take a lot of dedication, time, and money. But she knew that with a student loan, she’d be able to achieve her goals.

It was brighter days for her, and she had a much better attitude toward life. It seemed things would only get better for her.