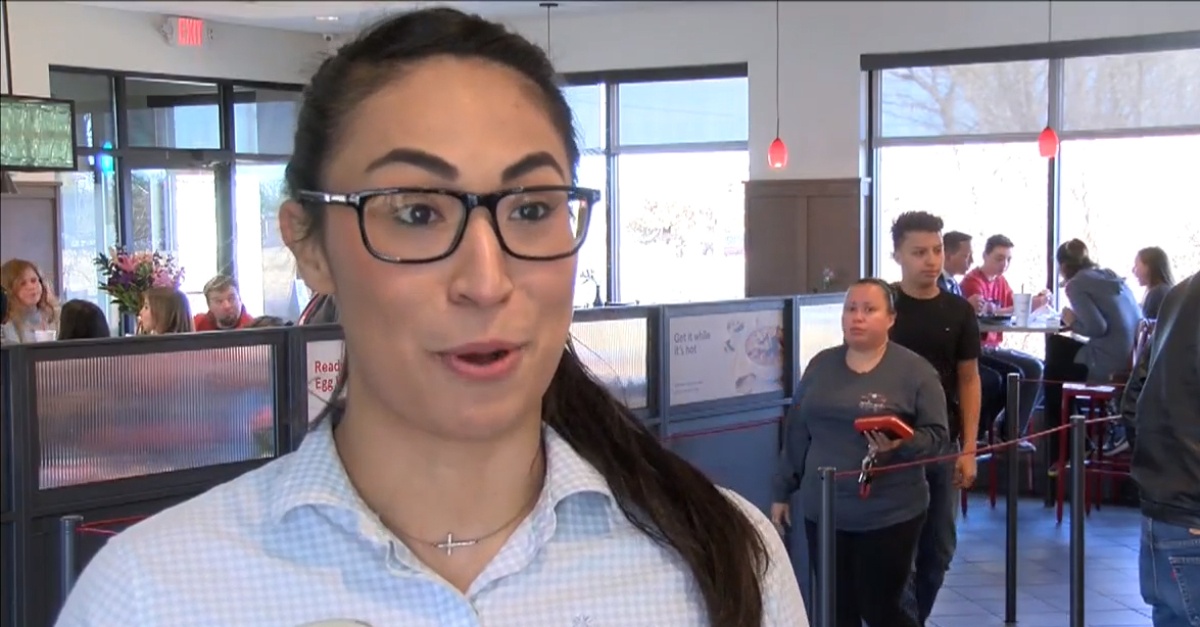 When you lose something in a public place, it isn’t long before you feel that sinking feeling that you’ll never see your things again.

Lindsay Jones became familiar with this feeling as she drove home from her vacation in New Mexico. What had been left behind?

On their journey home to Texas, they had stopped for a bite by at the Chick-fil-A in Lubbock. Only hours later filling up gas did she realize the horror.

Linsay’s purse was gone and she immediately realized she had left it at the restaurant. What happened next in this stiff situation?

Was It Still There?

Jones frantically called the Lubbock outlet and explained to the staff what had happened.

Luckily, the staff did have her purse and would happily courier it to her. But at that moment Jones realized that her teacher’s ID and classroom keys were in the purse!

And she would need them by that Monday morning. Read on to see how this outlet goes out of their way for Jones!

Jones was in a panic that the shipment might not arrive in time for work on Monday morning. She had to call Chick-fil-A again, and this time, the director of operations of the outlet, Casey Kovar, picked up.

Kovar said he would personally take the purse to FedEx and have it sent via overnight shipment so it would arrive ASAP. She could only hope for the best.

Jones even went as far as providing her FedEx account number when Kovar said it had already been taken care of.

More amazingly, when the purse arrived, Jones found that the package didn’t only contain her handbag! What else could this package contain?

More Than She Bargained For

The package included six free meal coupons, a couple of stuffed cow toys, and other bits and pieces! Jones was amazed by the incredible customer care shown to her in this stressful situation.

The restaurant had shown great helpfulness and incredible generosity! Jones had to write about this on Facebook. How many shares would Jones’s post get?

The post shared over 1400 times! Jones post said, “Not only was my purse found by good, honest people, but they also went above and beyond to help fix a problem that was 1000% my fault, to begin with!”

This incredible show of care and generosity was beyond description. The customer service not only helped her but made her whole day.