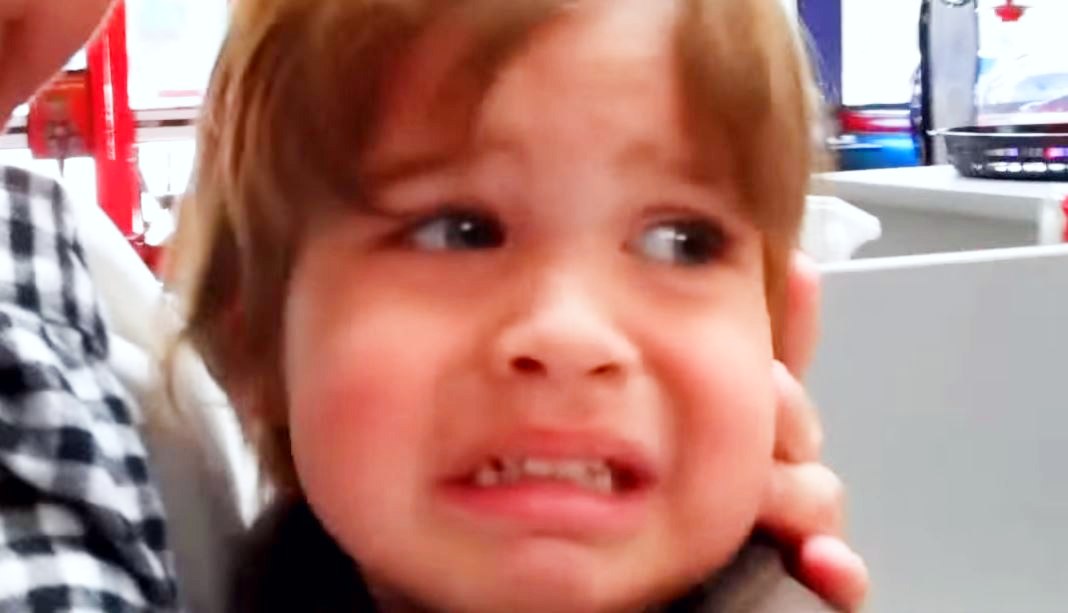 A birthday party is supposed to be a special time for a child – especially if there’s pizza and cake involved.

But when this employee saw the birthday boy was sad, she ran to the kitchen as fast as she could before it was too late.

Taylor Inzinna had been working at New Jersey’s Chuck E Cheese for a few months. She took the part-time job for some extra cash, but she was pleasantly surprised by how much she actually liked it there.

The thing she enjoyed most was hosting kids’ birthday parties, because it felt really good to make a child’s day feel special. But this particular birthday was special for all the wrong reasons.

When little Evan came to Chuck E Cheese that day to celebrate his fourth birthday, Taylor instantly warmed to him. He and his mom arrived early, so she showed them to the area that had been specially reserved.

As she got things ready, Taylor noticed out of the corner of her eye that Evan’s mom looked worried, but she assumed it was just birthday party nerves. She was wrong.

There’s always so much excitement when families arrived at Chuck E Cheese to celebrate a birthday party that Taylor usually leaves them to it until everyone’s a bit more settled in.

But this party wasn’t scheduled to start for a while yet, so she decided to step in and get things going for the birthday boy.

Bring Out The Food

Taylor decided to kick start the party with a few appetizers. Evan said “thank you” and grabbed a few bites, but soon after he started to look sad – almost like he wasn’t feeling well.

While they were waiting for the other guests to arrive, Taylor hung out with Evan and asked him what he hoped to get for his birthday. But he wasn’t the same little boy that had first walked through the doors. Something wasn’t right.

Taylor was sure that once the food had been laid out, little Evan would get excited in no time and the party would be in full swing. She cranked the music and started bringing out the pizza.

But as she came out of the kitchen and saw Evan, she instantly realized what the problem was, and she didn’t know what to do.

It had been staring her in the face ever since she served him the finger food, but she couldn’t quite admit it to herself.

Evan should have been having a great time, but the look on his face was clearly breaking his mother’s heart. Without attracting too much attention, she rushed into the kitchen before it was too late.

“I immediately ran to the kitchen and was so upset,” said Taylor.

But even though the party would undoubtedly be ruined, Taylor had found a real sense of purpose in her work, so she was determined to prevent a catastrophe. She hadn’t been there long, but she pulled the head chef aside and told him what was going to happen.

Taylor returned to Evan and his mom to let them know that she’d made a few calls and that everything was going to be OK.

“The mother was handling it so much better than I was,” admitted Taylor. “She held it together and never let Evan know for a second she was upset.” But when his mom saw who had just come through the door and what he was holding, she just couldn’t keep it together.

It was Chuck E Cheese himself with a huge armful of gifts. Evan’s mom had invited 30 children to the event and not one of them showed up, so Taylor had asked colleagues, friends and family to donate what they could and they all came up with 13 gifts for him.

“They made him feel like a million dollars, like he was the most important kid in the whole world,” beamed Evan’s mom Angel Kazanis.

“This is the best day ever!” declared Evan, who got to hang out with the giant mouse for the duration of his party.

“He was looking at the door. You saw the disappointment on his face,” Evan’s mom said. “But Taylor really turned things around for him. He is not going to forget it. He remembers everyone and everything.”

“Seeing the smile on his face was everything I wanted,” Taylor said. “I had one goal that day and my goal was to make sure that he left happy.” Even though his friends didn’t come, Evan still had a great time thanks to Taylor.

Now that’s how you take pride in your work. Great job, Taylor! Let’s hope you’re there to solve the next birthday blunder!