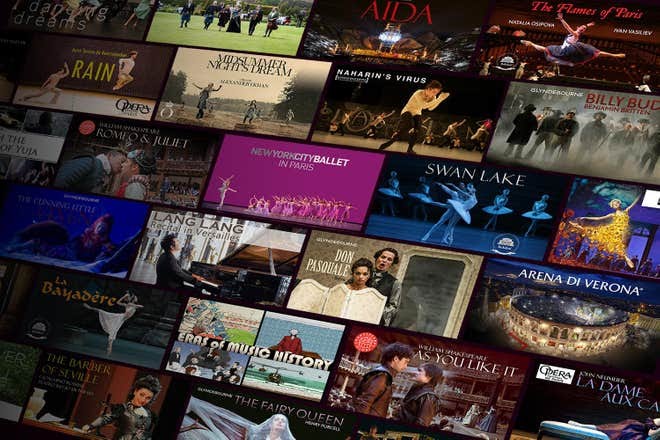 If you are a lover of the arts and feel like you need a bit more culture in your life, Marquee.TV is for you. Marquee.TV is an online streaming platform like no other. Watch your favorite dance, theatre; opera performances; as well as insightful documentaries. Not only does Marquee.TV brings you the best of the arts, but you can watch it from the comfort of your own home.

If you are new to Marquee.TV and don’t know which performances to start your cultural viewing experience fear not. We have done the hard work for you. We have put together a list of the best performances from this new and exciting platform for your viewing pleasure.

Here are the top 5 performances to stream on Marquee.TV.

Choreographer Sidi Larbi Cherkaoui and Turner Prize-winning sculptor Antony Gormley have come together to create a truly stunning production. Sutra is an award-winning production performed by 17 Buddhist monks from the Shaolin Temple in the Henan Province of China.

The dance explores the philosophy and faith of the Shaolin tradition and its relationship with KungFu and where it fits within a contemporary context. In addition to the stunning choreography and Antony Gormley’s beautiful stage design, Polish composer Szymon Brzóska’s score is performed live.

Sutra is an alluring contemporary performance, unlike anything you have seen before.

Iqbal Khan’s gripping production of Othello for the Royal Shakespeare Company made history by being the first at Stratford to cast a black actor as Iago.

Othello is the greatest general of his age: a fearsome warrior, loving husband and revered defender of Venice against its enemies. But he is also an outsider whose victories have fostered dangerous enemies

Othello soon discovers that the real danger does not lie in the hatred of others, but within his own destructive pride. Watch as this iconic story of love, jealousy, and deceit unfolds,  with remarkable performances by Hugh Quarshie (Othello) and Lucian Msamati (Iago).

This is a must-see performance on Marquee.TV.

Alice’s Adventures in Wonderland is a story of imagination, magic, and the extraordinary. This magnificent performance brought to you by the Royal Opera House will steal your heart and undoubtedly warm your soul.

Following her fall down the rabbit hole, Alice enters a dream-like world that is full of color, enchantment, and bizarre and wonderful creatures. Join Alice on her journey through Wonderland as she drinks tea with the Mad Hatter, gets swept off her feet by the Knave of Hearts, and encounters the bold and dramatic Queen of Hearts.

This is The Royal Ballet at it’s best!

This production of Aida — the most popular opera title of the Verona Festival — is directed by one of Israel’s most talented young conductors, Omer Meir Wellber.

Adia is a story of love and betrayal set against the backdrop of war. The titular character is an Ethiopian princess who is kept as a slave by the Egyptian court. She is in love for General Radames and he with her. As Radames leads a war leads Ethiopia, watch as the conflict unfolds between Asia’s love for both Radames and her country.

Produced by Giovanni Zenatello and performed in the Arena of Verona, Adia is a spectacular production.

This is a performance not to be missed.

Comedian/musician Reggie Watts and playwright/director Tommy Smith, have come together to create Transition, hypnotic theatre piece that brings together a mix of stereophonic effects, live video, and witty banter.

Watts’s many talents – standup comedian, former frontman of rock band Maktub, R&B soul singer and experimental performer – have made him an audience favorite at venues and festivals around the world. In recent years his collaborations with Smith, including performances at The Public Theater’s Under the Radar Festival (NYC) and the 2009 Sydney Festival, have received rave reviews from critics and audiences.

If you have seen Watts’ work before you’ll love this performance. His humor may not be for everyone, but this surreal performance is worth a watch.

In conclusion, Marquee.TV has a streaming catalog full of the best of dance, theatre and; opera performances, and insightful arts documentaries. There is something for everyone. Why not give it a try?

Do you want to know more about Marquee.TV? Read the next article.