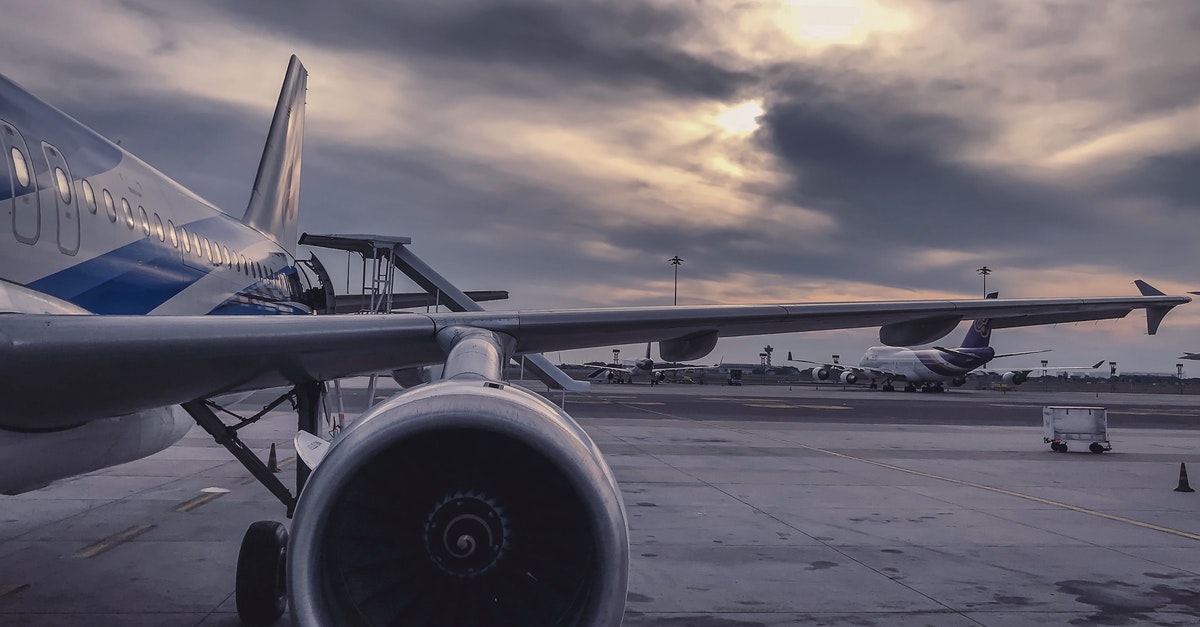 Did you know that over 2,900,000 passengers travel each year? With a number that high, it comes as no surprise that there are plenty of stories about strange occurrences that happen on planes. A few Redditors have shared these stories on Reddit and have provided us with a lot of entertainment.

From near-misses with other planes to outright human idiocy, these stories are a lot to take in!

One Reddit user described a terrifying near-miss event while on a flight. He spotted a light in the distance. He was unsure whether his mind was playing tricks on him, so he asked the person next to him if he could see the lights as well, and regrettably, he could.

The two men began fearing for their life once they identified the lights as another plane. They could even identify the cabin windows as they approached them. Fortunately, the plane ducked beneath theirs just as it was about to collide.

The user recounted an incident in which a passenger did something that can only be called daft on a flight. Upon getting up, they told the Redditor that they needed to use the restroom. That’s not so strange, is it?

The passenger then stood up and proceeded to the restroom. Nevertheless, the Redditor saw that they walked straight past it to and to the emergency exit, which would have depressurized the cabin. Thankfully, a flight attendant intervened and prevented the man from opening the incorrect door.

This user described his experience with a particularly obnoxious steward who would groan at any request the user made or flatly refuse to complete the most basic tasks. A joke was soon made at his expense by the entire plane.

One of the other passengers placed a “Kick Me” sign on his back. The steward walked around with the sign for more than two hours, and each time he passed the passengers, they would giggle. He was oblivious to it until an older man informed him of the sign.

One user sat next to a man who was all dressed up in a fancy suit. Once the plane was in the air, the man made his way to the bathroom with his carry-on bag and dressed in satin pajamas and comfortable shoes.

He spent the entire flight sleeping, and minutes before the plane landed, he went to the bathroom and returned dressed in his fancy suit again. The Redditor admits to being envious of how relaxed the man appeared to be while sleeping.

One Reddit user’s mother was flying to Birmingham when she peered out of the window during the flight to find the engine on fire! She immediately grabbed the attention of the stewardess, who promised to inform the pilot.

The pilot announced that there was nothing to worry about, only the surplus fuel burning up. The user’s mother is still not sure whether they were honest with them or not, but she would rather not know.

This user saw something he wish he didn’t. An older woman sat next to a 40-year-old man while keeping an empty seat between them. They began speaking in hushed tones; however, the user could hear what they were talking about as clear as day.

The woman kept insisting that she was married, but the other man did not seem to care about that as he kept trying to make a move on her. The conversation shortly died after, and despite nothing happening, the woman seemed close to her breaking point.

After a vacation with his father, the user faced a medical emergency on the plane back. He had type 1 diabetes and passed out as he did not have enough sugar in his blood.

The onboard nurse immediately treated him. She managed to stabilize him until the end of the flight, and he was promptly taken to the hospital, where he recovered completely. It is scary to think that anything is possible on a plane.

One user was on their way to the O’Hare Airport in Chicago when the pilot informed the passengers that the plane had been redirected to Midway instead. The two airports were only 26 miles apart, and the crew shortly after stated that they would be making the trip to O’Hare after all.

All the user wanted was to get off the plane in Midway, but the company stated that they would lose their luggage if they did that. Ultimately, they were forced to take an additional 15-minute flight simply to keep their luggage.

One minute after the plane had taken off, a man that was sitting next to the user stood up. It is obligatory for passengers to stay seated, and the flight attendants immediately addressed his careless behavior.

However, the man explained that he was in desperate need of the restroom and couldn’t hold it any longer. It was a number two, he said. The most amusing part is that when the man emerged from the restroom, the entire plane applauded him.

They were trying to bite any passengers whose arms stuck out even slightly. Fortunately, a flight attendant managed to stop the child and get him strapped back in with their family. The child didn’t try again afterward.

On a flight to the Dominican Republic, a Redditor witnessed something unbelievable. Some naughty kids were pulling a large man’s cornrows from behind, and when he turned around to tell them to stop, their father retorted. But that was a mistake.

The Redditor watched in shock as the large man threw a punch at the dad, knocking him out of his seat. He didn’t think the man deserved it, but he should have kept better control of his kids.

One Redditor’s father was reading a book on a flight to Los Angeles. He needed reading glasses, and at one point, he put them down on the vacant seat next to him. Unfortunately, that was a mistake.

A few minutes later, a man came walking down the aisle and mistook the vacant seat for his. He sat down right on the glasses as everyone heard the crunch of the glasses. There was an awkward silence afterward.

One stewardess on a Redditor’s flight had a silver tongue that avoided what could have been an incident on the plane. A passenger was drunk before the plane had even taken off and kept asking for alcohol.

The flight attendant could tell that this man could have been a potential hazard, so with a silver tongue, she convinced him to instead get off the plane, sober up, and book a later flight instead.

One Redditor’s flight was actually struck by lightning. They said they remember the captain explaining that they had to pull up to avoid a collision with another aircraft. Unfortunately, that resulted in another incident.

The plane flew too higher than it was supposed to, and because it was so high up, it was struck by lightning. All the Redditor saw was a bright flash of light as the captain later explained what had happened.