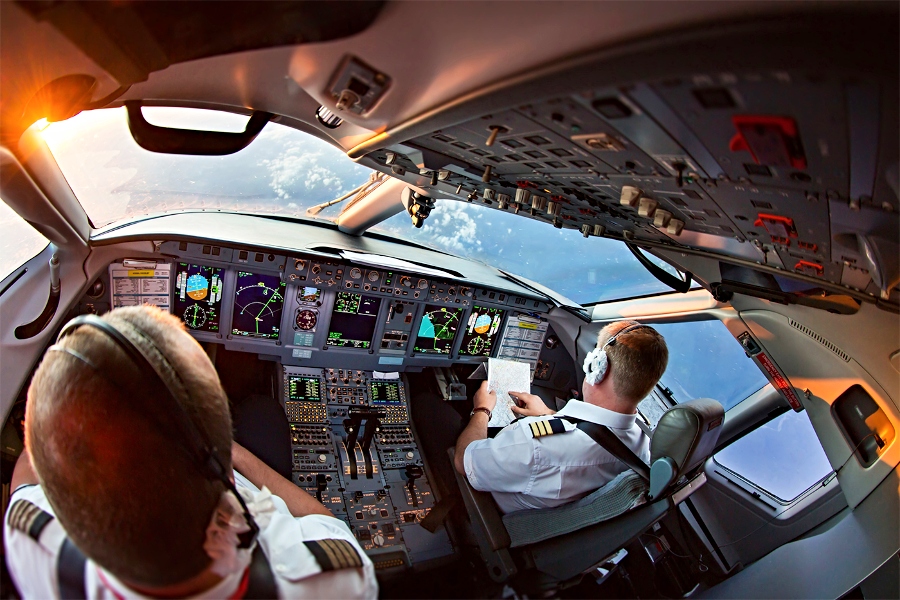 The flight had been an uneventful one until the stowaway revealed himself. Almost an hour into the flight, the plane was already at cruising altitude. It was too late to turn back now. The emergency regulations didn’t have a procedure for such an unusual situation.

The flight engineer was the first to notice the danger. In a split second, the pilot was being attacked. A frantic tussle ensued but it was too late to recover the situation. The pilot was out of breath as he made a call he’d hoped he’d never have to in his career. “Mayday, Mayday!”

The nature of the job never left much room for error so pilots had to be trained for any eventuality. However, as one pilot learned the hard way, there are some situations that no amount of training could ever prepare them for.

Being a commercial pilot also came with its fair share of cons too. With tightly packed schedules and constant pressure to overcome delays, pilots are often forced to work under highly fatiguing conditions.

While flying statistically remains the safest way to travel, emergencies could always occur at any time. Being prepared for one was something that every pilot had to train for, while hoping they’d never need that training.

The crew piloting a flight from Khartoum, Sudan, to Doha in Qatar, was an experienced one. However, the crew of the Tarco Airlines flight were not expecting the emergency that unfolded on board that day.

They were an hour into the flight. It had been a routine one so far and they were already at cruising altitude. That was when they first noticed an unusual problem. When the uninvited passenger was spotted, in an instant, the entire flight was placed in grave danger.

For obvious reasons, commercial aviation is a tightly regulated industry. Flying is still considered a safe mode of transport. However, in the history of aviation, there have been numerous incidents, some of which were infamous for how unexpected they were.

When you’re traveling at over 500 miles an hour, in a vehicle that weighs hundreds of tons at 40000 feet in the air, any tiny problem can easily prove disastrous. Modern planes are decked out with a plethora of technical features. However, fatal accidents do still occur.

Commercial aviation has changed a lot since its inception. Once upon a time, society was so different that smoking was allowed on planes. A lot of safety changes are introduced every year. However, different trends emerge too.

Since the 1930s, it has become common practice to allow animals to fly as well. While these changes were initially intended for commercial reasons, the regulations have become a lot more controversial over the years.

Where pets, certain zoo animals, and injured animals could once be transported, there was even an added bonus. They got to fly for free. However, the practice was still a lot more regulated. Things soon changed with the advent of the “emotional support animal.”

So long as a passenger had a note from a licensed doctor or therapist saying why the passenger needed such an animal, they were allowed on flights. The intention with this rule was soon lost though, as the practice grew in popularity.

Lawmakers likely only envisioned dogs or even a cat when the law was passed. However, passengers soon realized that the law was wide-ranging and this led to a wider variety of animals ending up on planes.

Some of these included snakes, ducks, pigs, and even miniature horses. The problem grew worse when the doctors and therapists began cashing in on the system.

Once the practice of emotional support animals on planes became more popular, unscrupulous medical professionals saw an opportunity to cash in. This led to a lot of abuse of the system.

For fees in the region of $200.00, passengers could fill out a form online and have the necessary medical note provided to them without needing to physically see a doctor. Unfortunately, the law was forced into revision once more.

As a result, updated regulations required emotional support animals to be checked into the cargo hold. There was now also an additional fee charged for these animals unless it could be proven that they were trained.

These updates were meant to ensure better safety measures for other passengers, crew, and pilots. However, as the fateful flight from Khartoum showed, it can sometimes be virtually impossible to guard against every risk.

On the Khartoum flight, after reaching cruising altitude, the flight engineer noticed that a stowaway had made it onto the plane. Worse yet, he had found his way to the cockpit. Before anyone could react in time, the pilot was suddenly attacked.

The pilot’s crew tried their best to help but the situation grew unstable very fast. It was every flight crew’s nightmare when they were forced to call in a mayday alert as they began a rapid descent to make an emergency landing.

The captain thankfully managed to safely land the plane back in Khartoum. The unexpected attacker turned out to be a stowaway domestic cat. It had somehow found its way to the front of the aircraft without being detected by the cabin crew.

It was then likely startled upon encountering the cockpit crew and attacked on instinct. The unfortunate pilot was left with minor scratches and one crazy story. Despite the plane ultimately landing safely, one burning question remained.

Where Did It Come From?

Given the stringent safety checks and boarding procedures for commercial flights, it was puzzling how the cat had gotten on. Adding to the mystery was the fact that the manifest showed no animals held in cargo that day.

It was eventually deduced that the cat most likely got on while the plane was parked off at the airport. It might have jumped aboard, fallen asleep in the cargo hold, and been rudely awakened at 38000 feet in the air. Regardless, it was still a narrow escape.

As the famous case of the Hudson River landing showed, bird strikes and other animal encounters with planes can sometimes lead to terrifying and even fatal scenarios.

The cockpit crew aboard the Tarco flight were able to eventually wrestle the cat of their pilot and restore order. However, the cat proved extremely evasive and managed to escape the cockpit before anyone could grab it.

While it must have been a scary encounter for the cockpit crew, passengers were blissfully unaware of how close they came to encountering catastrophe. In the end, the safe landing ensured no one was hurt, and the flight, aside from the delay, later continued to its destination.

Even with all the new regulations, animals continue to cause havoc on planes. There is much debate between airlines worldwide over whether they should be allowed on board. What do you think?