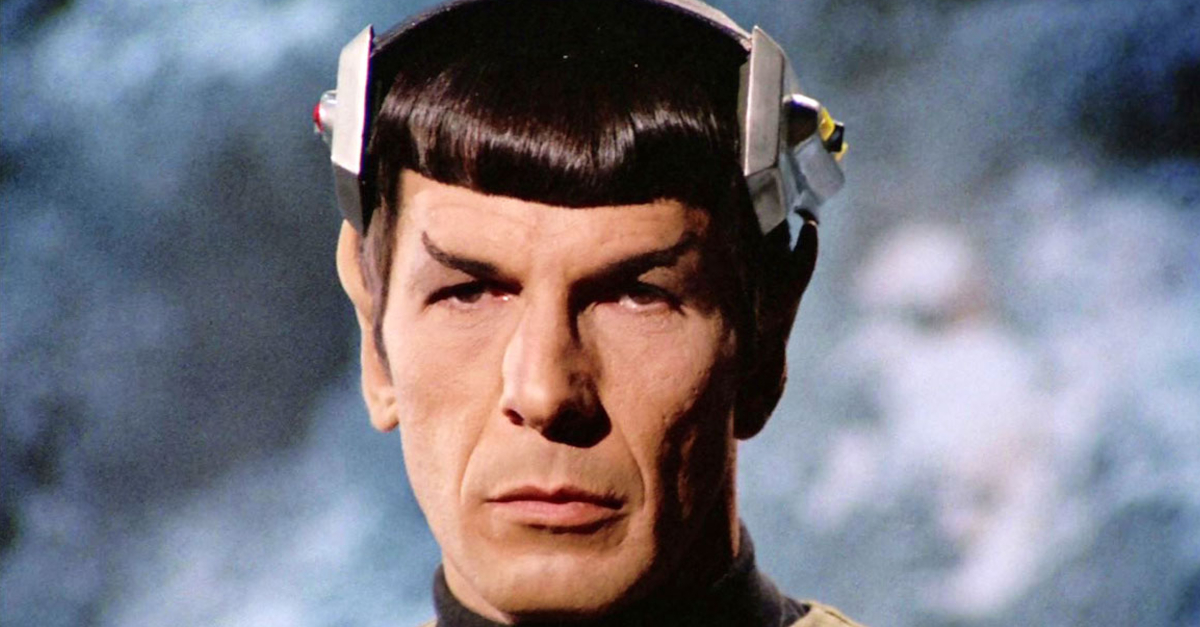 Star Trek is so famous that even those who have not yet watched it would recognize its name.

But even the biggest Star Trek fans can recognize that the show had some tidbits or facts that have stayed hidden for all these years. In this list we will be looking at some interesting ones, including one show that could have never happened.

The “famous” kiss between Uhura and Kirk was originally written for Spock.

Nichelle Nichols said, “My understanding is Bill Shatner took one look at the scene and said, ‘No you will not! If anyone’s going to be part of the first interracial kiss in television history, it’s going to be me!’ So, they rewrote it.”

Spock was always meant to have pointy ears.

However, some promoters were worried that his appearance would be too “devilish” for anyone living inside the Bible Belt. So, the tips were air brushed out for any promotional material in that area.

The show was originally produced by Lucille Ball’s studio.

But when it was acquired by Gulf and Western, they immediately wiped their hands of it and gave it to Paramount. They also didn’t want it because it was losing money. They ended up keeping it on, even after offering back it to the original creator.

Leonard Nimoy wasn’t going to be a part of Star Trek: Phase II because he was in the middle of a lawsuit. The studio has used his likeness in a Heineken commercial without his permission. However, as soon as Star Wars came out, they were more than happy settle to get him back.

Peekaboo, I See You

This next one bothered fans a lot. While the start of the series was low budget and had plenty of mistakes with cast and equipment showing, by the time The Next Generation started, those errors should have been at a minimum.

But in Unification II a crew members face can be seen in the crystal so clearly that the man can be identified as boom operator Bill Gocke.

Everyone knows it’s James T. Kirk – the T being Tiberius. But in season 1 episode 3 “Where no man has gone before” there’s a glaring booboo.

A crew member goes mad with power when he gains psychic abilities. While Kirk is fighting him, we get a clear view of the Captain’s gravestone, which has an “R” instead. But only hardcore fans would spot this one and be irked by it. The next scene, however, it’s the actor that is the most embarrassed by its existence…

Way “Too Out There”

Fans agree on many of the worst episodes – like where Spoke jams with space hippies.

But Leonard Nimoy was the most embarrassed by the one called “Spock’s Brain” – where his brain was stolen by aliens. But, for some reason, Vulcans can live for 48 hours without a brain before they die. Nimoy even wrote about it in his book as being horrible to shoot.

Don’t I Know You?

During the film Star Trek II: The Wrath of Khan, Chekov gets in an altercation with Khan. Their dialogue suggests they had met each other before in season one’s “Space Seed.”

However, hardcore fans are quick to point out that Chekov didn’t appear until season two. It’s quite a large writing blunder that still sits with fans the wrong way. However, it’s the next Khan scene still bothers fans to this day.

In Star Trek II, Khan is painted as a being with unimaginable power – an extreme, unstoppable spices.

While Kirk has a tough time fighting him, he ends up winning the battle with not much extra exertion compared to other enemies. It doesn’t make any scene that one of the most powerful beings in the galaxy, even universe, would go down so easy.

The original costumes were made in illegally.

The producers didn’t have enough money, so they had them crafted in a sweatshop overnight. Then, they snuck the final pieces back through a window so no one would see. So shady.

The Show That Nearly Didn’t Happen

This was because Roddenberry refused to allow any kind of cross over. The different teams were never allowed to work together. The studio had to wait for the creator to pass away in order to move forward.

There was more than one “animal incident” on set.

William Shatner started making jokes about the distracting buzzing until a bee got him right on the eyelid. Guest star Sally Kellerman was also stung and ended up very thankful that almost all of the rest of her scenes that day required her to stand.

Pay For Your Pens

Leonard Nimoy received more fan mail than any other actor on Star Trek.

The studio said they would pay for the photos, postage and envelopes. However, for some reason, they made him pay for his own paper, pens, and pencils. Weird.

William Shatner is a great actor, but he also knows it.

Because of this, he was drama queen on and off sat. He demanded to have the most lines. But the craziest thing was he required the font of his name to be bigger than anyone else’s in the credits.

J.J. Abrams wanted both Nimoy and Shatner in his reboot.

However, Shatner was too demanding and wanted a majority of the film focused on him. Abrams knew this wouldn’t work so cut him out. Shatner was not happy … until the premier. He loved Chris Pine’s interpretation of Kirk.

Even though Star Trek: The Motion Picture did very well, the story line was still confusing and too complicated for viewers and critics.

Because of this, Paramount forced Rodenberry to be a consultant in name only. In otherwards, they froze him out and gave him next to no creative power.

Give Him The Axe

Nimoy obviously had a rocky relationship with the show.

He agreed to come back for The Wrath of Khan if his character was killed off. His death scene became one of the most famous in cinema history. It was so loved that it gave him the green light to direct the next movie – the Search for Spock.

During the episode “The Apple”, Spoke throws an explosive rock.

The problem was, the sound effects they used were so loud that some of the actors had to go to the hospital because of inner-ear damage. Twenty years later, a few actors still have tinnitus.

Spock was originally meant to have red skin.

On TVs that only showed black and white, the red makeup just made Spock appear very dark. The studio worried it would appear racist. Also, it would require Nimoy spending hours in the makeup chair before every show.

Deep Space Nine is meant to be grittier than some other takes on Star Trek.

However, Avery Brooks (who played the no-nonsense Benjamin Sisko) admitted there was some tom foolery in scenes that he didn’t care for. His worst was a toss up between two scenes. One had the team singing a children’s song while playing hopscotch so they could open a door. The other…

The other was in “Apocalypse Rising” where he had to play a Klingon.

There were so many prosthetics that he even had to visit a dentist to have the mouth pieces and teeth put in place. He really didn’t want to, but the studio gave him no choice. If you watch the episode, the discomfort he’s showing isn’t just the character’s aversion to suddenly being Klingon, it’s the actor’s hatred of being in the makeup.

From season to season, and series to series, the Klingons have drastically changed their appearance.

At first, it was just budget limitations (hence the smooth foreheads), but as ridges and whatnot were added to their scary visage through the years, the writers took the lazy path and said it was just a “mutation” that changed them. There’s even an episode where Warf says, “We don’t talk about it.”

Fans were divided on whether or not the JJ Abrams reboot was decent or not.

However, everyone was in “cringe” agreement when the Beastie Boys song starts playing during a fight climax. The issue? The song (at least in their timeline) is considered to be classical music ( just because of its age) but the lyrics actually mention Spock in them!

Fans love when captains break the rules. But the Prime Directive is supposed to be the “unbreakable rule” – where non-first-contact species are meant to be left alone and not interfered with.

This rule, however, is broken all the time. It seems that Star Fleet had a cherry picking attitude towards rules and punishments.