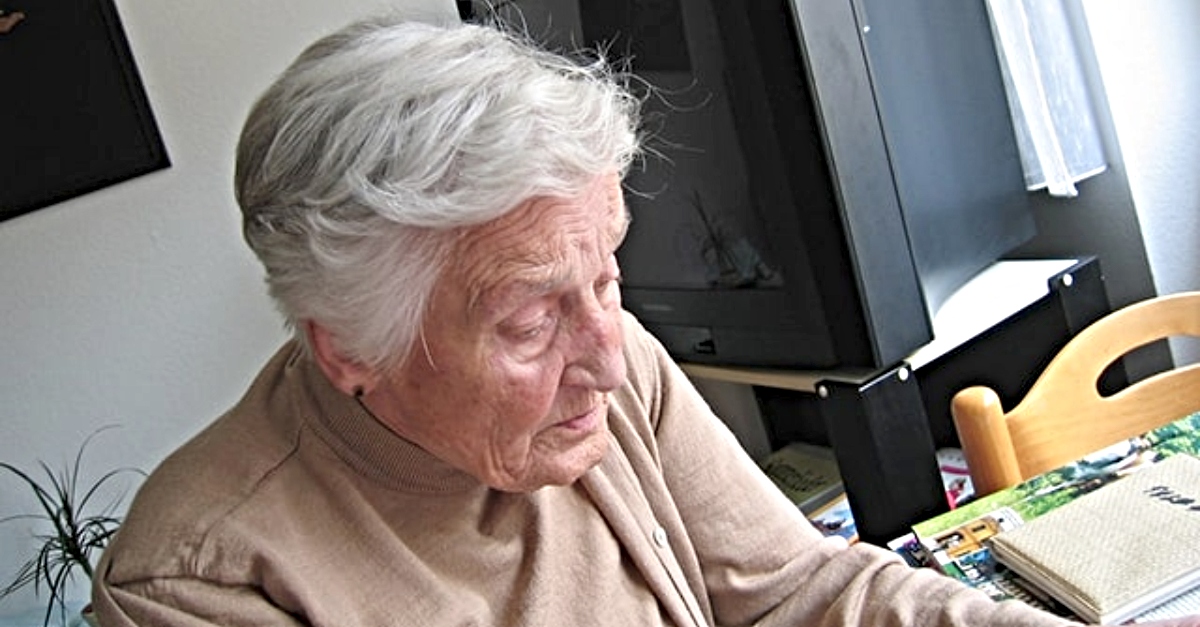 Putting Her Foot Down

What her son shared with her left her perplexed. She did not know how to respond or how to act. She learned that her son was going to be a father, and she was going to keep the baby.

Her son did not want any contact with his future child. However, she knew she had to do something, leading her to her controversial choice. For her son and the unborn child, she had her own plans.

63-year-old Estele Mitchell had two children that were all grown up. Her son, George, was a wild card who refused to settle down despite being in his 40s.

The most important thing to Estelle was good family values, and she did everything in her power to ensure that her values were protected. When the love of her life passed away suddenly a few years ago, she stepped up and became the protector of the family. Estelle was adored by her whole family, but soon things would change.

At the age of 40, George Mitchell impregnated a woman. His behavior took Estelle by surprise, and this was not something she would have predicted him to do.

Given that he was an adult, Estelle trusted that her son would face the consequences of his actions. However, George proved her wrong, and it was now her responsibility to rectify the situation.

George displayed immaturity when he recklessly slept with his 20-year-old girlfriend without adequate protection.

He informed his young girlfriend that he dislikes wearing protection and that it would be best not to use it at all. She reluctantly agreed; however, his actions led to his life being changed drastically. And his poor mother would get caught in the crossfire.

Due to George’s actions, it was no surprise when his girlfriend presented him with a positive pregnancy test. George made it very clear that he wanted nothing to do with the child, but Estelle felt otherwise.

His girlfriend made the decision to carry the pregnancy to term, and this greatly upset George. As a result of her decision, George broke up with her. His problems had just begun, and he alone was responsible for them.

The 20-year-old girl gave birth to the baby girl while she was still in college. She fully intended to finish college, and she acknowledged that it would be no easy task.

She was overjoyed to be a mother, despite not having the father in the picture. But shortly after, Estelle entered the picture and revealed her true intentions to everyone.

George left the poor woman alone with their daughter. That was when Estelle realized that George was not the man she had raised. Disappointment filled her.

The young woman reached out to him countless times, but he made no effort to respond to her. He truly believed he was free from responsibilities, but he would soon realize how wrong he was.

The young mother contacted George again, stating that he did not need to have any contact with their child, but he was responsible for child support. Estelle was taken aback and informed her son that he needed to step up. Regardless of his choices, Estelle wanted contact with the baby as it was her grandchild.

He made the decision to leave the child alone and not pay child support. However, after a month, he realized that he had no choice.

Since Lily’s birth, things have been difficult for Estelle. She had been helping out financially as her mother was still in college, and George was no longer working. Estelle could not help but feel extremely disappointed in her son.

Estelle would look after Lily when her mother was in class, and sometimes she would even pay for a babysitter to help out. Estelle lived comfortably, and she did not mind helping out. However, George felt differently about the situation. He was enraged that the young woman was getting the money.

Giving Her A Choice

Estelle couldn’t believe her adult son was behaving so immaturely. He was so frustrated that he presented his mother with an ultimatum.

Estelle informed her son that she had no intention of stopping, as her granddaughter did not do wrong, and he was the fool who had unprotected relations. George refused to throw in the towel and told her that it was either them or him.

Grandma Estelle didn’t hesitate. She said that she would always help her granddaughter. George was a grown man. She couldn’t believe that he was so against her helping her only granddaughter.

It was a difficult situation, but the old woman felt like she had no choice. She couldn’t abandon Lily and hoped that her son would understand. She couldn’t be more wrong.

After hearing all that, the 40-year-old man cut off contact with his mother. He didn’t want to see her or talk to her. He said that he wouldn’t change his mind no matter what.

But the old lady was true to her words. She continued to support the young woman and her granddaughter, Lily. They had no one else but her, after all.

The Daughter Comes In

Estelle’s daughter said she went too far and would also cut ties with her as she disapproved of the old woman’s choice.

Having her daughter side with her son, George, was extra painful for the woman. It was an awkward situation, but it was truly admirable for her to have stepped in and helped when her son refused to.

The young woman was very grateful for all the support Estelle had given her. She didn’t know how to thank her, but the old woman was just happy to be a part of her granddaughter’s life.

The old woman continued to give her granddaughter all the love and support in the world, and she did the right thing by not putting the baby’s mother down like a lot of people do in situations like these.

Estelle went to social media and asked on Reddit if she did the right thing, as her heart was still aching from not talking with her son anymore. She knew she had made the right choice but still had a few doubts.

Luckily, Reddit was able to shower this grandmother with a little bit of love. But that doesn’t mean they were necessarily kind. “I would disinherit him in a heartbeat,” wrote one user. “Write a will that cannot be challenged and make sure to get an attestation from a medical professional stating you were sound of mind when the will was drafted,” said another. No one blamed the grandmother for her choice, and they all tried to make her feel better for doing a beautiful thing for her granddaughter.