What would you do if you thought your house was haunted? Well, one man decided to capture proof of the pesky poltergeists he believed inhabited his home with him. However, while he certainly found evidence, it wasn’t the kind he had expected. The man who lives in Tasmania, Australia, had grown to believe that his house was haunted. This claim naturally is not something that is easy to believe so the man decided to set up a video camera to record the activity that occurred in his kitchen at night. The man turned the camera on at night and off in the mornings in hopes of capturing the activity on film. However, one morning he forgot to turn off the camera and it kept rolling. When he came home he reviewed the footage and saw something that left him stunned. 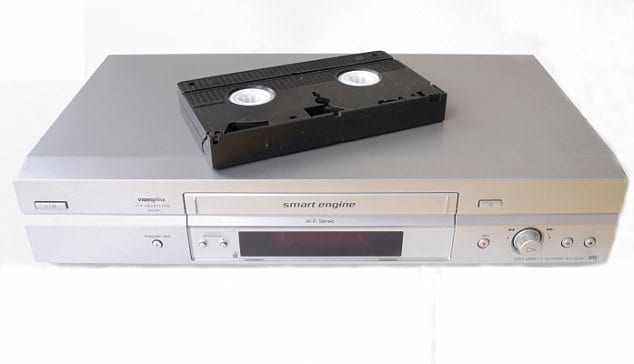 As the man watched the tape he didn’t see any evidence of ghostly activity. What he did see, however, was his partner of 11 years cheating on him. As if this wasn’t bad enough, the identity of her partner shocked him even more. As the shocked man watched his partner betraying him, he watched as it was with his own son!. In the footage, the two of them could be seen kissing and cuddling but it was clear there was more to it than that. The man was understandably furious and went to confront his long-time girlfriend about what he had seen. She immediately pretended it was something innocent and nothing to worry about. His son, however, told a different story. The boy claimed that it had started when she came to his room to discuss his upcoming driving lessons. According to him, the conversation went from talking, to tickling, to kissing and ultimately to sex. The boy also admitted that the pair had sex three times in the days leading up to the discovery. They had also traveled upstate to a hotel to have sex on several occasions. The man knew he couldn’t leave it there and promptly went to the police. The woman, who for legal reasons can’t be named, said that she was “ashamed and embarrassed” about the whole situation and claimed that she thought the age of consent, which is 17, was 16. In a later recorded interview with the police, the woman admitted to having sex with the boy knowing that he was only 16 years old. She told the court that she was ashamed of her actions and was trying to repair the relationship.