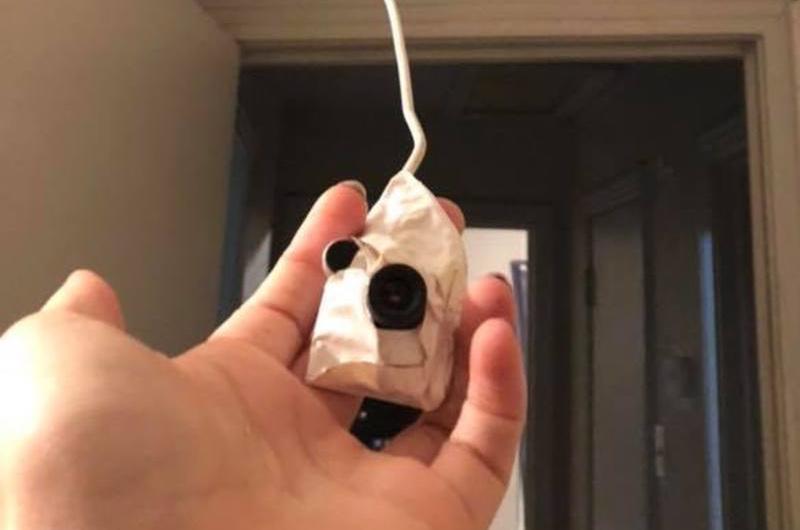 She saw the mysterious light in fascination and in confusion. Then she realized something suddenly. She could feel her heart beating fast as she realized what she was actually seeing with her eyes.

She called for her husband in a nervous voice. He sprinted into the room and couldn’t believe what he saw. He started searching on his laptop. He was looking up for to find hidden cameras and find out where they’re from. When he realized he was out of his depth, he called the police. 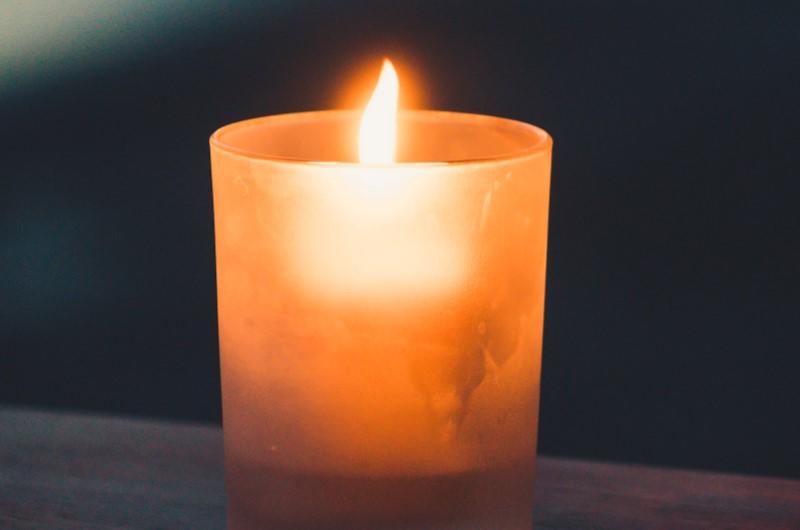 Sarah Boes was in her daughter’s room doing some housework, she knew her daughter would appreciate coming home to a clean room – when she came back. But she found something that she couldn’t believe. She hadn’t been in this room for ages.

Jessica, her daughter, had been missing for over seven months ago. She vanished without a trace and with leads to look for her, everyone was devastated. 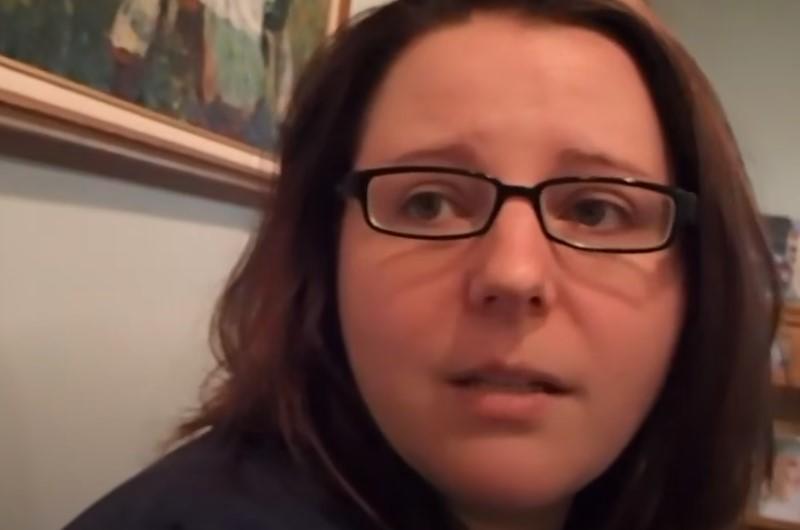 Sarah loved her daughter more than anything. Jessica was just a child and she would do anything to have her back. Sarah and her husband, Joe, couldn’t think of a world without her. Jessica was a good kid, she may have been 18 but she had loyal friends and got good grades in school.

On the other hand, that didn’t mean she never got into any trouble. She did have the occasional fight with her mother. 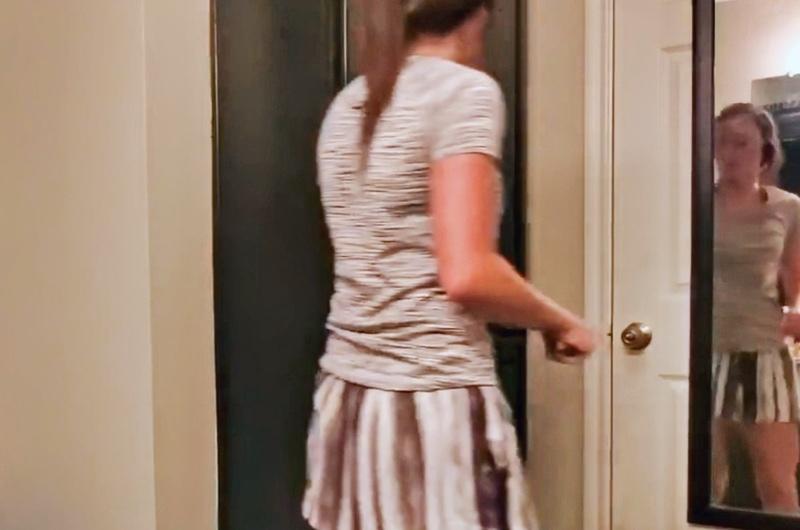 Once the police heard about Jessica and Sarah having a fight, they immediately concluded that she must have run away from home. Sarah didn’t believe it, not one bit.

Teenagers fight with their parents frequently, this doesn’t necessarily mean that the child has a bad life at home. But the police saw things differently. 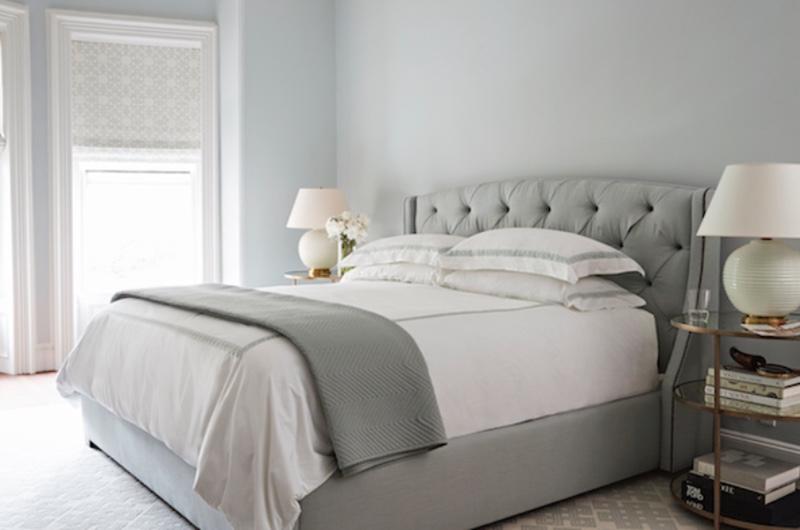 Jessica’s room looked normal there was nothing out of place other than her general messiness. Her bag that she kept her phone in was gone so they just presumed she had gone out somewhere.

They took pictures of her room before moving anything just to make sure. Then they searched the room, but nothing was found. They didn’t know that they had made a mistake. 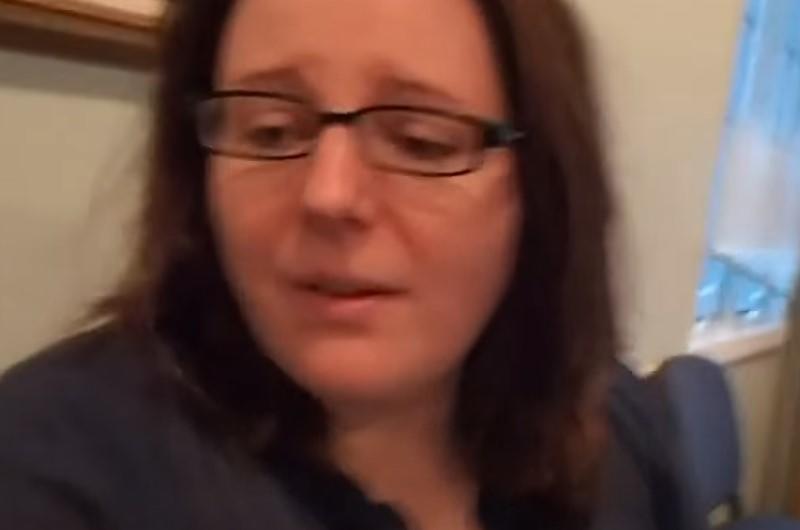 After searching everywhere they could, they had to cancel their search parties that were being conducted in the area. Her husband had lost hope, but Sarah wasn’t ready to give in just yet.

Sarah needed to double her efforts, she wanted to show the police wrong and prove that her daughter didn’t run away. Even with their occasional fights, she would never have even considered getting away from her home. 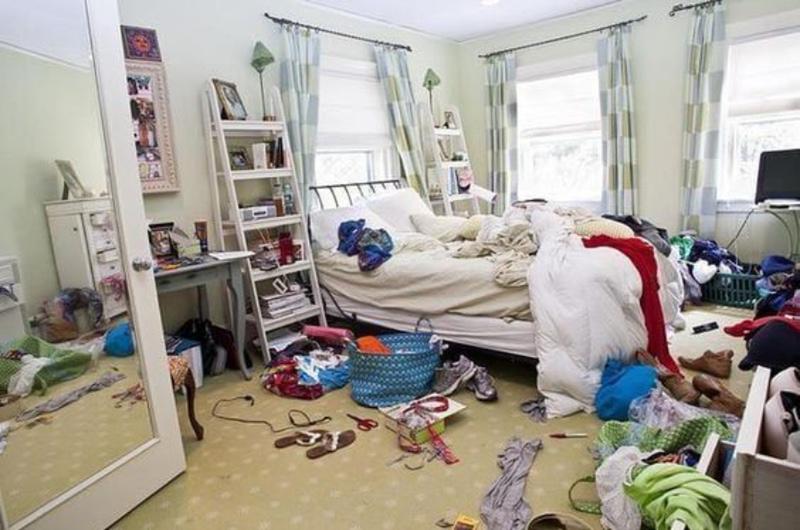 She was sobbing while she did so, she put everything back in its original place and went towards the bathroom. She had no idea what she was about to uncover. 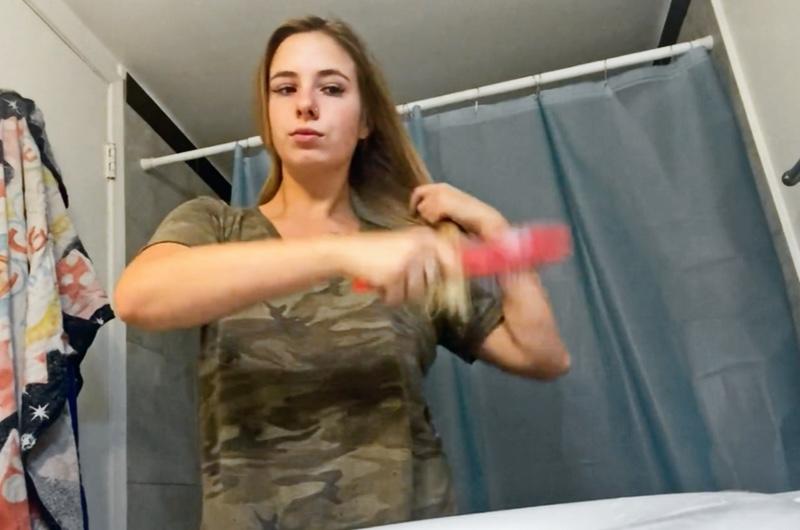 Nothing seemed out of the ordinary as she continued to clean, but then she stumbled upon something that would turn her world upside down. 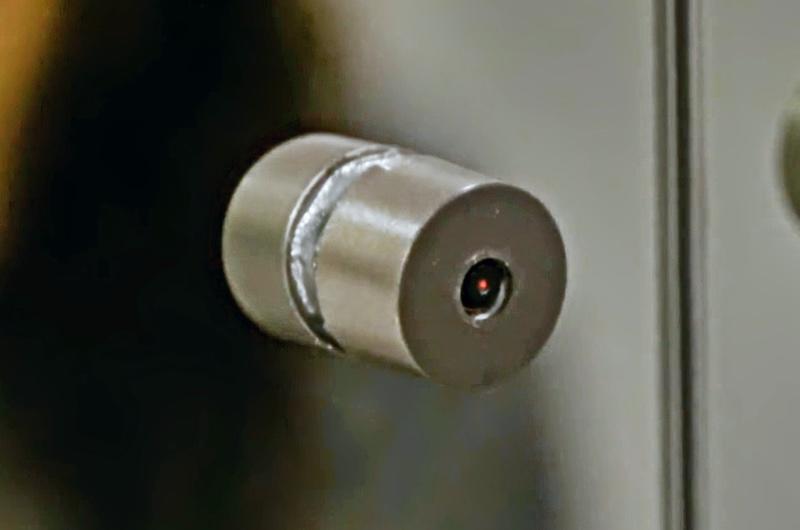 While she cleaned the bathroom she noticed a red blinking light out the corner of her eye. Inside the mirror handle was something that would have her screaming for her husband.

She narrowed her eyes at the strange light and then realized what it was. She could feel her pulse quicken as she called out her husband’s name. 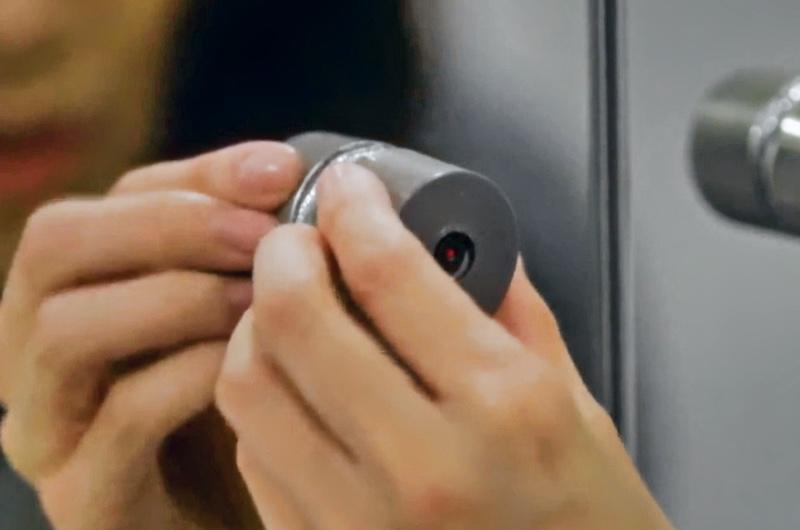 What Sarah had unwittingly found was a recording camera. She didn’t understand why this was here, in her daughter’s bathroom. Did she do this? no, it seemed to well hidden.

Sarah pulled out the camera and showed it to her husband. He had just arrived, hearing her nervous calls to him from upstairs. He didn’t know what they had just stumbled upon. 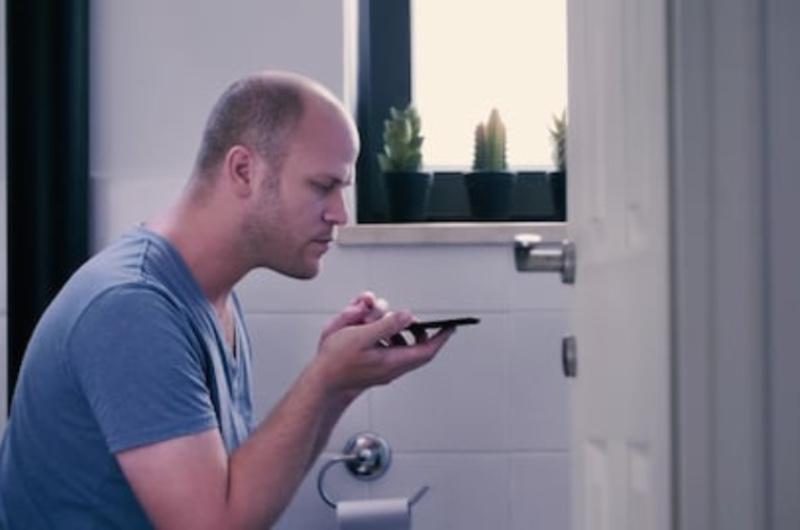 “What’s wrong?” Joe asked Sarah. “Look”, Sarah said as she showed him the small device. Sarah continued to tell him how she found it. As he listened, his heart quickened. He felt stricken with anger. 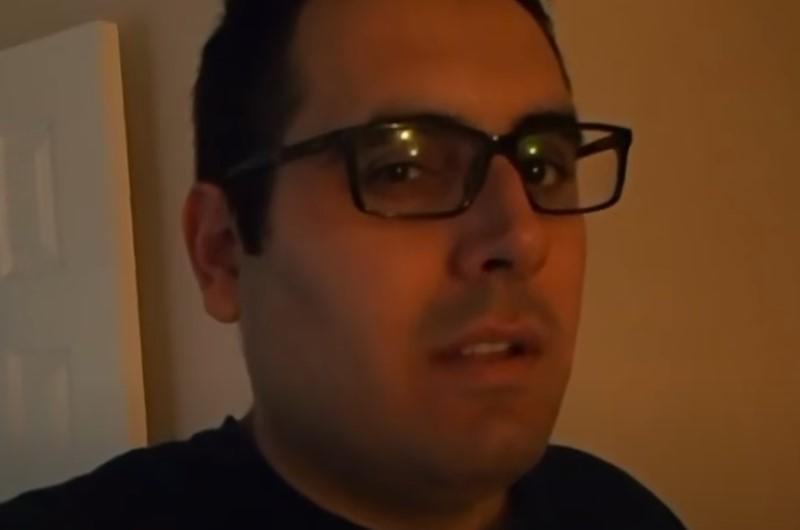 His blood boiled. This had to have been planted by someone else. He couldn’t type fast enough as he researched everything about it and how to find the device it was connected to.

He spent hours researching and eventually, it paid off. It was possible to track the device but to do this, they needed professional help. 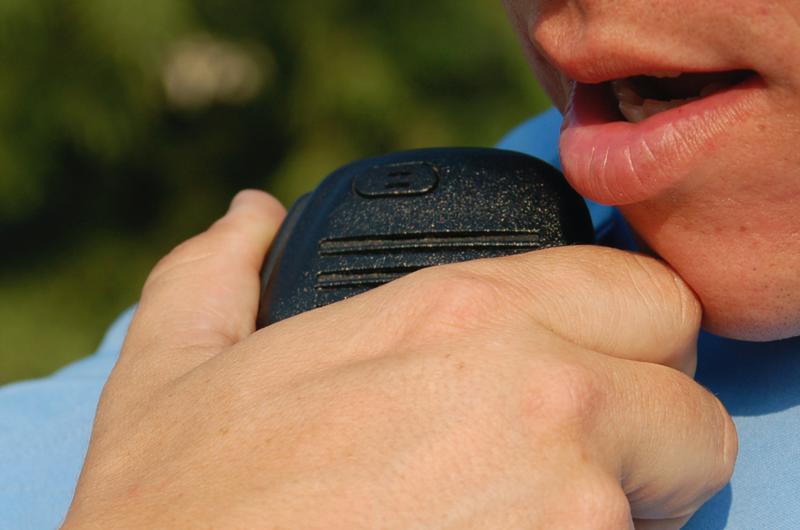 Immediately, they contacted the police, who were a little reluctant at first to the new, mysterious piece of evidence. But once Sarah showed them the pictures, they immediately turned up to investigate further.

They took the small device and contacted the FBI. This new piece of evidence was exactly what Sarah needed to convince the police that there was much more to her daughter’s disappearance than meets the eye. And there certainly was! Now, all Sarah and Joe had to do was sit and wait to hear back from the police. They tried to keep themselves busy but it was no use. They were sure what they found was a big clue to where their daughter was.

It was an anxious couple of days as they waited to hear back from the investigation. But when they did, they couldn’t believe what the officers found. The police called the Boes and told them that the camera was connected to a device that was only a few houses down their street. In fact, it led to her friend, Matt’s house.

Matt was a friend of Jessica’s who went to the same school as her. He’d often come over to the house to visit Jessica. From what his parents knew, he seemed very fond of her. But they had no idea…

Caution To The Wind 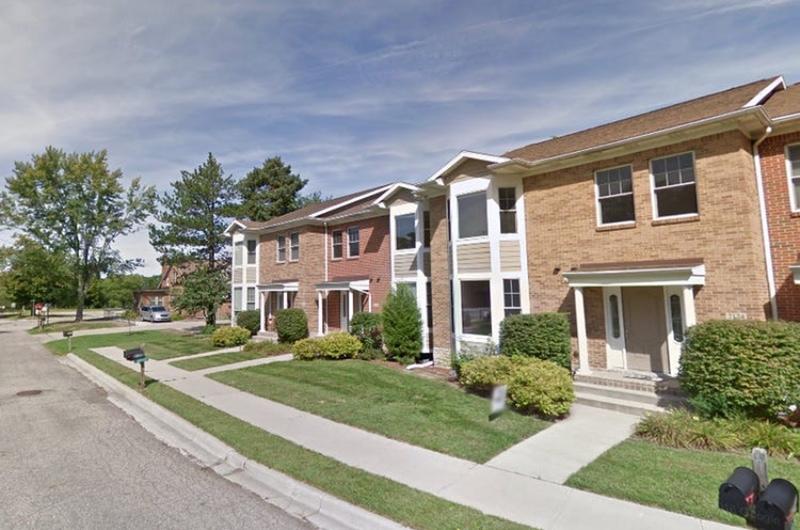 The officer informed Sarah and Joe of the update and told them that the police will be going to the house shortly. He told them to wait until they hear from them again. But they didn’t listen.

Despite the warning to wait for the cops to arrive to approach the house, Sarah and her husband ran down the street. They were desperate to find out more, and they felt like they had no time to waste. But they should have waited for the cops. 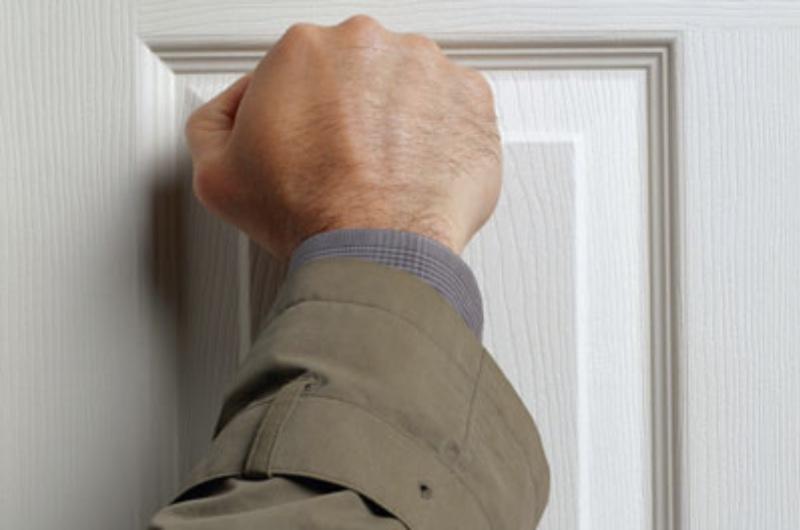 The Boes ran down the street and Joe knocked on the family’s front door. They stood back, out of breath, waiting for an explanation, anything! But what was waiting for them was much much more.

There was no answer. They went around the house and looked in all the windows. It seemed like no one was home. But Joe had his mind set on getting in. However, just before he did any damage, sirens arrived. Just before Joe was about to throw a rock through the window, the cops arrived and busted in through the front door. They ordered Sarah and Joe to wait outside while they raided the house.

Again, Sarah and Joe were left waiting anxiously outside for word on what the officers would find. They couldn’t handle much more of this. They hoped all of this would come to an end soon and that their daughter would return home. The officers entered the suspicious house one by one. None of them had any idea what they would find. They didn’t know if they were walking into yet another dead end or the dragon’s den.

Thankfully, they were prepared for the latter. It wasn’t long before the officers heard muted screams that led them to a locked room upstairs. Tentatively, they approached it. With their weapons at the ready, they asked whoever was inside to open the door. There was shuffling on the door handle but it wouldn’t open. It was then the police realized the door was locked.

They forced the door open, ready to spring into action but what they found left them completely speechless. They stood frozzen in place staring at the person in front of them. it was Jessica, she was crying tears of happiness at finally being found. But what shocked the police was not only that she had been here all this time but that she also looked absolutely fine.

At the same time, however, it was obvious that she was being held against her will. Once the officers told Jessica her parents were outside, she ran outside to embrace them. It was a tearful reunion. Jessica told them everything. Once she found the camera herself, she was livid and immediately confronted her friend for planting a hidden camera in her bathroom. She threatened him with the cops and he freaked out.

Not wanting anything on his record, he did the unthinkable and locked her in one of his ensuite rooms where she had remained for the past seven months. Luckily, Jessica was never harmed. She was fed and given a tv but her phone was taken so she had no way to contact the outside world.

She tearfully embraced her mom and dad and apologized for worrying them. Sarah felt like she was living in a twisted movie. This was the kind of thing you only heard about in books or Netflix documentaries. Nonetheless, she was overwhelmed with happiness to finally have her daughter back. But a few questions still pierced her mind. How did the police miss the camera in the bathroom?

And how did her friends’ parents not notice their son was hiding their daughter in their house? She needed answers and she needed them now.

Luck On Their Side As it turned out, the camera was controllable from the device. Only when it was recording, would the red light turn on, thus the police never noticed as he had it turned off.

Mark’s parents also happened to have moved out a year ago to another state, leaving him the entire house to himself. Luckily, Sarah was there when Mark turned the camera back on. But what about Mark? When Joe and Sarah knocked on his door, Mark took off using the back door. But it didn’t take long for the police to track him down.

He’s currently in detainment awaiting trial. Understandably, Jessica and her parents pressed charges against him for his unlawful detainment and criminal acts.