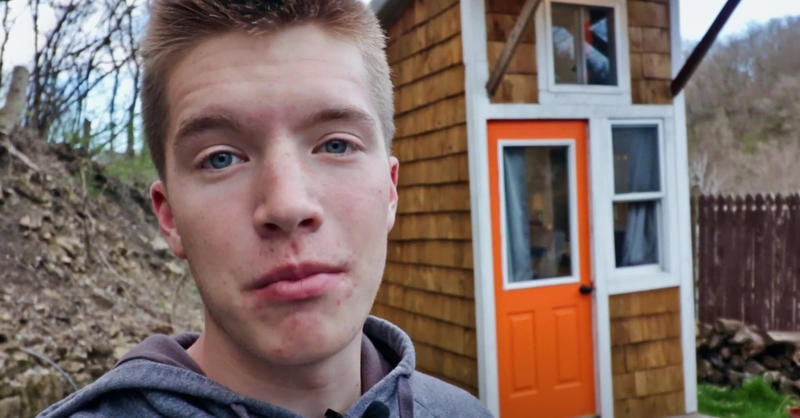 One day, while attending school young Luke heard the crackle of the loudspeaker startup as the principal announced that she wanted to see him. Luke didn’t know what it would be this time, to his knowledge, he’d done nothing wrong. It must have had something to do with his after-school shenanigans.

That afternoon, his father would demand that he open his door and show him what he’d been doing. 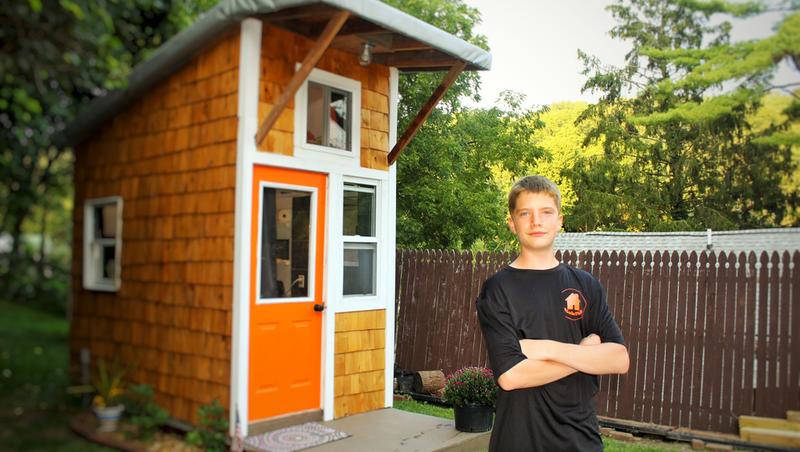 Luke Thill lived in Iowa and was a 13-year-old boy. As all teenage boys, he would get bored pretty easily and would get into all sorts of trouble finding something to do. This time he swore he’d build himself a house.

But he never knew just how much of an undertaken his new project would be once it took off.

All On His Own 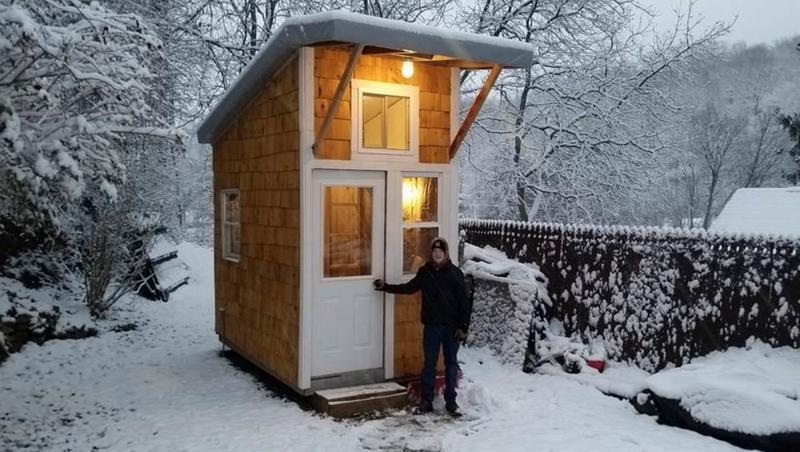 Luke knew he needed both money and materials to build his house. So he found his parents and told them about his idea. Both mom and dad approved but told him most of the effort would have to come from him.

His father, Greg, said, “It was a chance for a kid to do something more than play video games or sports,” He said it would teach Luke important life lessons that he otherwise wouldn’t learn. 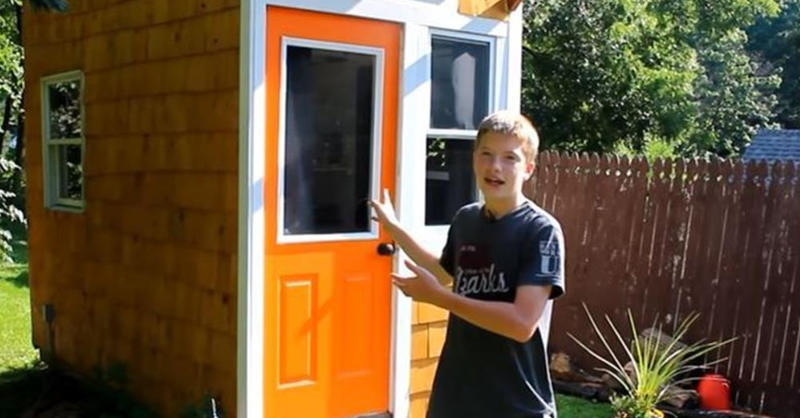 To get as much money as he could, Luke cut many of his neighbor’s lawns and ran many errands for the residents in his town. He would also do work for favors, like cleaning the town electrician’s garage to get him to return the favor by installing wiring in his new house.

Before long, Luke had made up enough money to get to work on his house. But it would be a larger undertaking than he had originally planned. 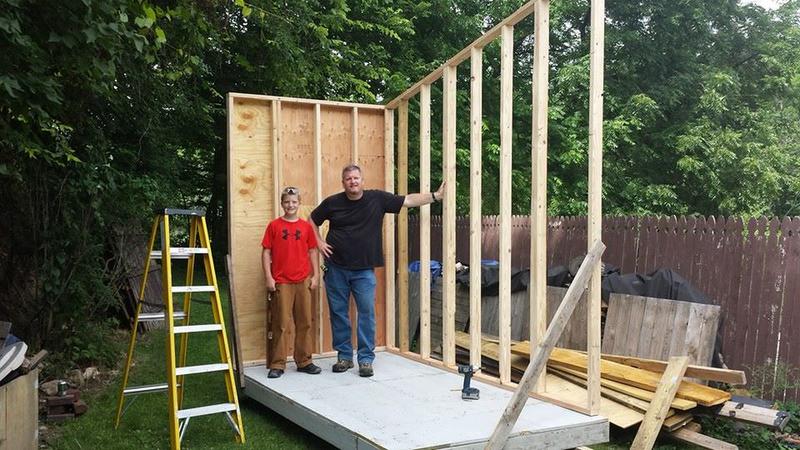 After a year, Luke had raised a whopping $1,500 and collected all the supplies that he needed. Three-quarters of his house were built out of recycled materials.

This worked to everyone’s favor, as Luke took many items that his neighbors and friends didn’t want and used them to his advantage. He would even clean all of the junk out of some garages just to get more supplies. 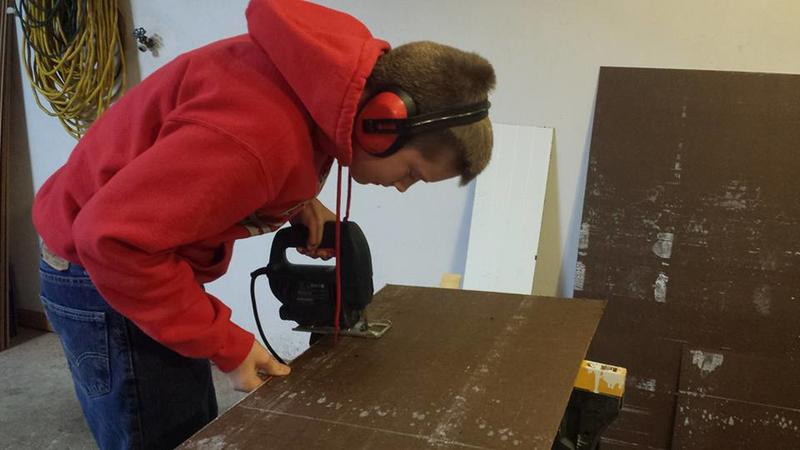 Word of Luke’s house soon spread across his community. Many people were curious about what the teenager was doing with all of the junk he was collecting. Luke capitalized on this too and created a YouTube channel documenting his progress on the house.

He was soon recognized at school and his principal would call his name over the loudspeaker. What had he done wrong? 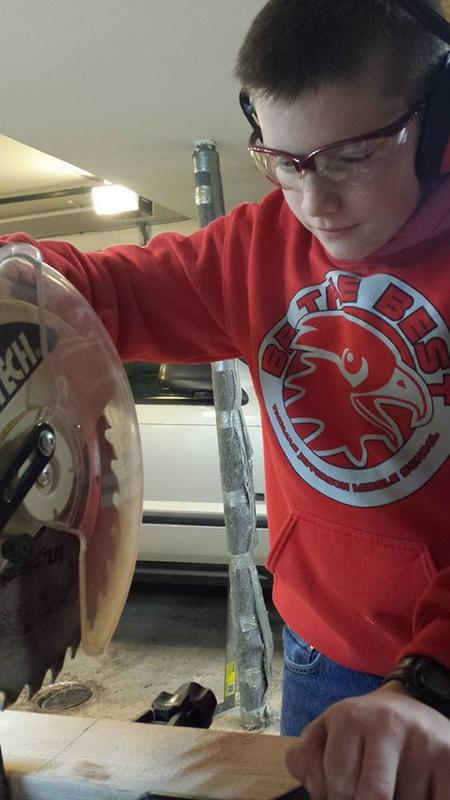 Luke now sat outside the principal’s office and racked his brain at what could have gotten him into trouble. There was nothing that he could really think of, it couldn’t be what he was doing after school, right?

Maybe he would be told to focus on his marks in school rather than his silly project that he invested so much of his time into. But it was anyone’s guess in his mind. 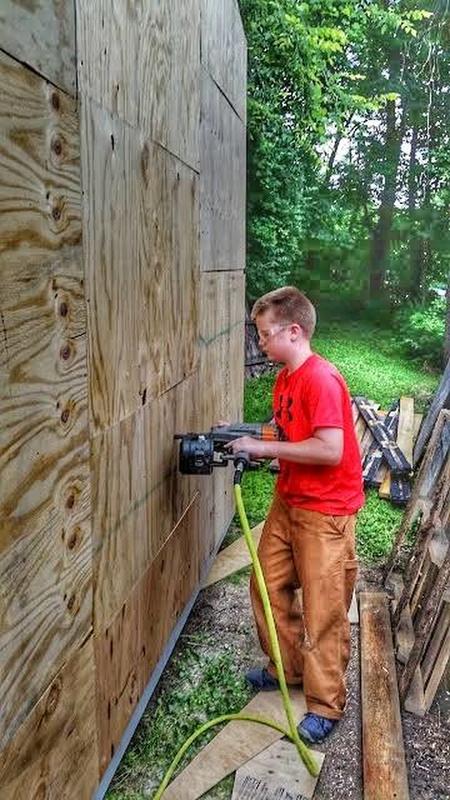 It turned out that the attention that Luke was getting from the principal was negative. They were friends with a reporter from Indianapolis, who wanted nothing more than to meet Luke and share his story. Luke didn’t mind the attention but really wanted to focus on getting the project done.

But even with all of his hard work and planning, there was something that he could never have anticipated. And it was around the corner. 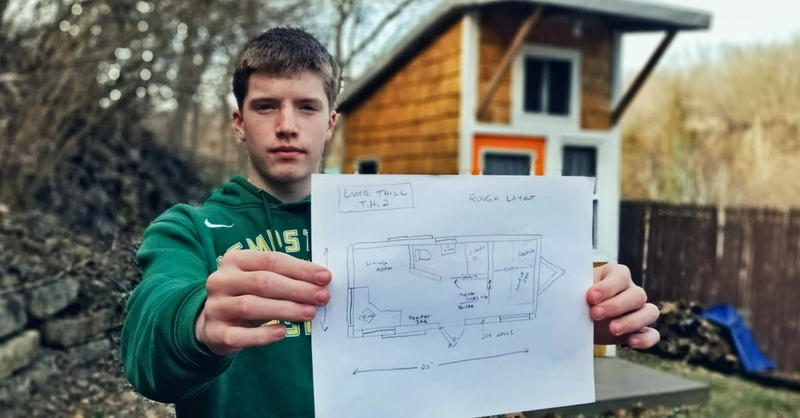 See, when Luke built the kitchen to his tiny home he had decided to make his countertop out of stained glass and liquid glaze. He had seen it done before in a YouTube video and thought he’d try his hand at it.

But when Luke made the countertop the glaze leaked out of the mold. He would upset that it hadn’t worked like in the video, but then he’d receive a spectacular invitation he could have never seen coming. 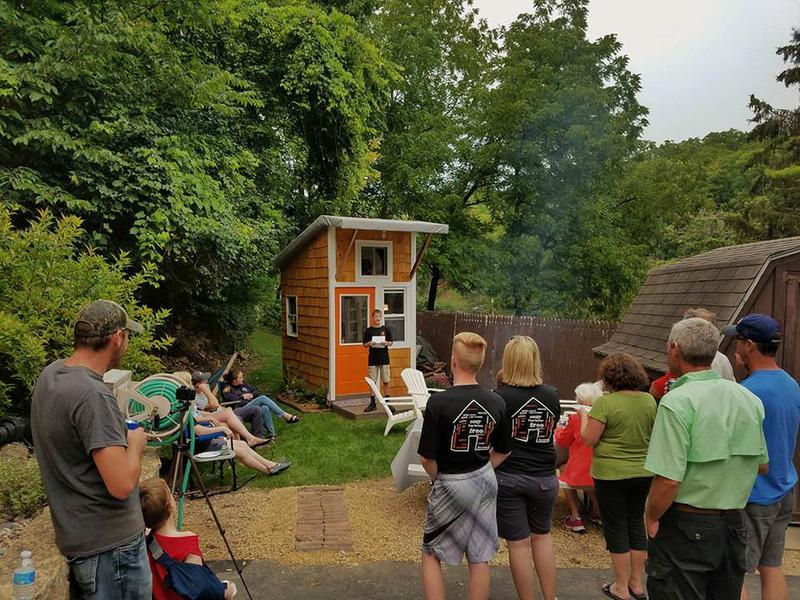 The teen was contacted by a representative of TinyFest Midwest, a festival celebrating tiny houses and small living. They not only wanted Luke to attend, but they also asked him to speak about the experience of building his tiny house.

He was excited about preparing his speech since he’d recently earned a public speaking merit badge. And with the house almost finished, he’d soon be able to move in… But he had overlooked one detail. Luke’s tiny house was finally done, as it had everything he would need to sleep, eat, and go about his day. Still, no house is complete without a few homely touches.

After all, now was the time to expose a year of hard work, not only to his family but to his entire fanbase. But the house was missing an important feature. 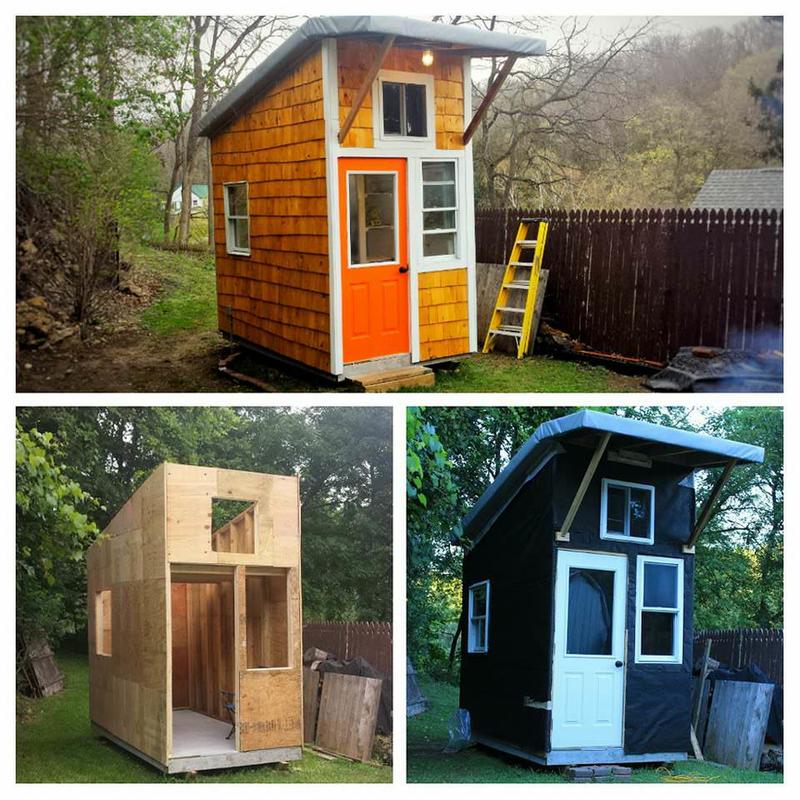 Luke had one problem: the house had no toilet. The teen realized that installing plumbing was more than he could manage, but in the end, he didn’t mind.

“I liked the minimalism,” he told the Des Moines Register. Once the house was ready, he made a video tour that wowed everyone. 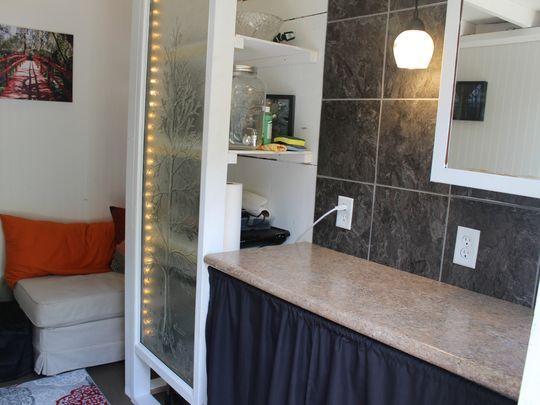 The 89-square-foot house, which took a year to complete, was a teenage boy’s dream: a micro living room, complete with a TV and couch, a lofted bed, and a kitchen area with an electric griddle.

It was so comfortable that Luke started spending his afternoons there doing homework, and now sleeps there a few nights a week. Now that the project was done, he thought his fame would subside – but he was wrong. 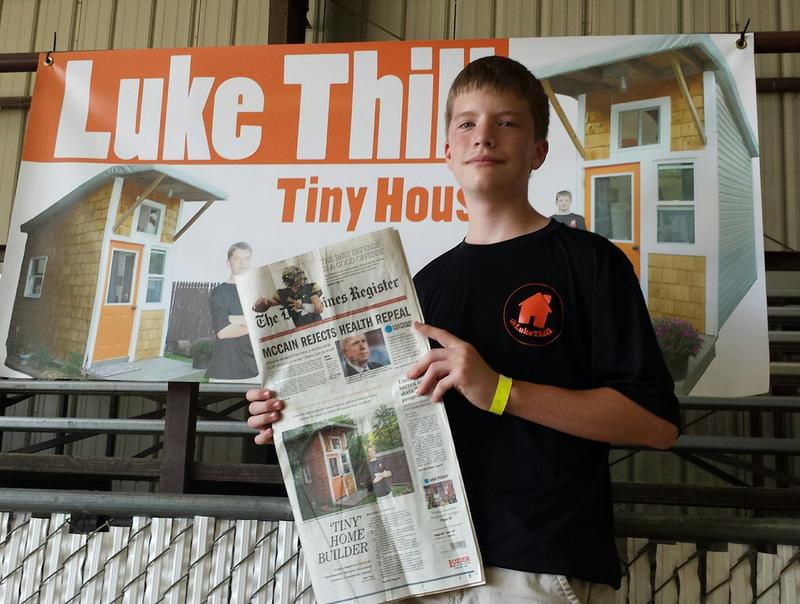 After speaking at TinyFest, the teen’s story made the front page of major Iowan newspapers, the Des Moines Register and the Telegraph Herald. Then it got picked up by local TV stations and other outlets across the country, until it reached Good Morning America.

The show sent a crew to Luke’s house to interview him and do a tour of the house. But it was a different encounter that blew the young boy’s mind. 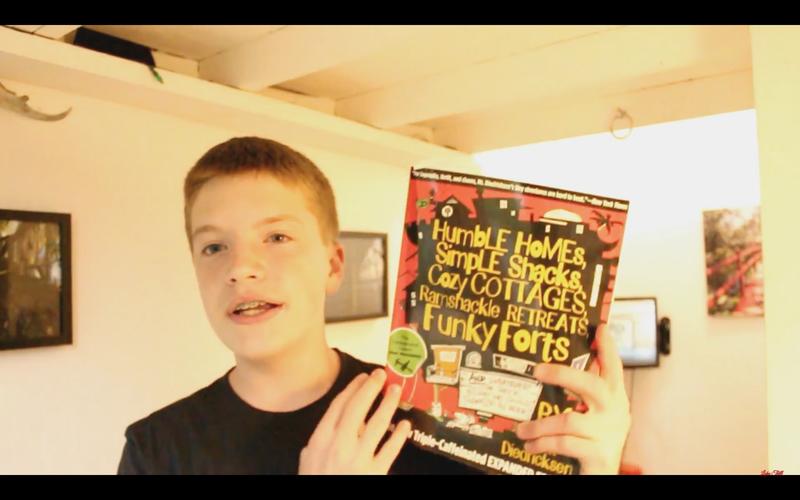 Luke was contacted by Derek Diedricksen, author of a guide for designing and building tiny homes. This book was actually the inspiration for the teen in his mission to build his own tiny house, so being able to chat with him meant a lot.

Diedricksen sent him messages of support and they became online friends. Little did Luke know that soon he himself would be the inspiration for someone else’s DIY journey. 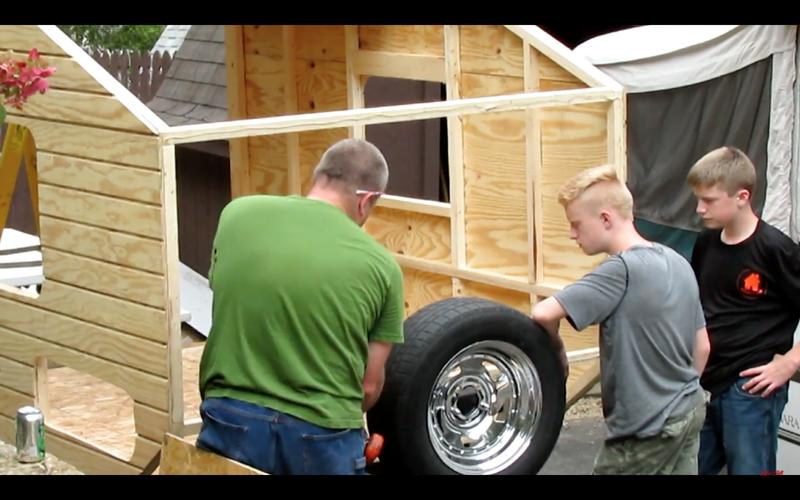 In a recent video on his YouTube channel, the teen shared the news that his brother Cole was starting to build a teardrop camper. Like his brother, Cole was relying on reclaimed materials and a tight budget for his build, but he had something invaluable: the advice and support of his brother.

Luke has been documenting the progress on his channel, which has recently become a bigger focus for him, and for good reason. 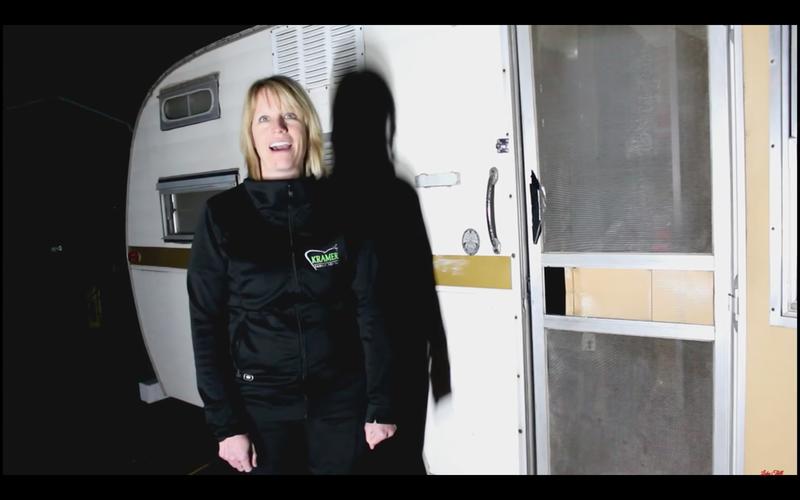 With more than 9,000 subscribers and growing, the teen’s YouTube channel is becoming a force of its own in the tiny home community.

Aside from chronicling his own building journey, Luke is now also showcasing other people’s small living projects, such as a sheepherders wagon and his mom’s renovation of a 1972 camper. Does this mean being a tiny house celebrity is this kid’s true calling? When Luke set out to build his tiny house, his intention was just to create a very simple, shed-like house. As soon as he recognized his skill for it, the project grew more ambitious, and the rest is history.

Though he does plan to go to college, he also likes the idea of inspiring other kids to do what he did. “I want to show kids it’s possible to build at this age,” said Luke. 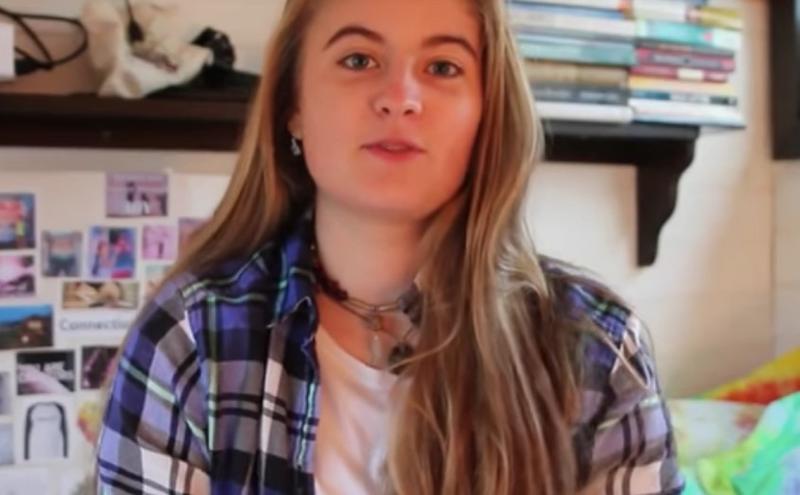 There have been other teens who were enamored with the idea of building a tiny house, too. Annabel O’Neil had the idea when her sister went off to college.

She had taken note of how expensive tuition could be and decided to build her own tiny home. Subsequently, she adopted a minimalist lifestyle in order to save money. 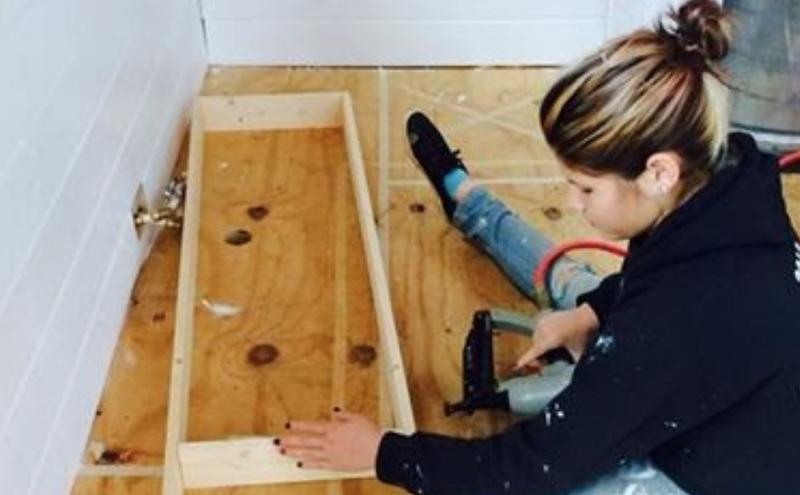 Another teen in Sicily also built her own tiny house, and she was only 13 years old when she embarked on the project. It took an entire year and 4 months to complete the 128-square-foot home.

The project had started as a fun venture, but unfortunately, her father passed away before she completed it. After her father’s death, she used the project as a form of therapy that helped her cope with the loss, carefully documenting her journey on her blog “La Petite Maison”. Luke’s plans don’t end with the completion of his tiny home, though. “The main purpose is to be my starter home. I’m going to save money and expand,” he explained.

He has plans to eventually build a home large enough for a trailer. For now, he is content to sleep in his fully-functional home a few nights a week, and he uses it as a quiet spot to do his homework.