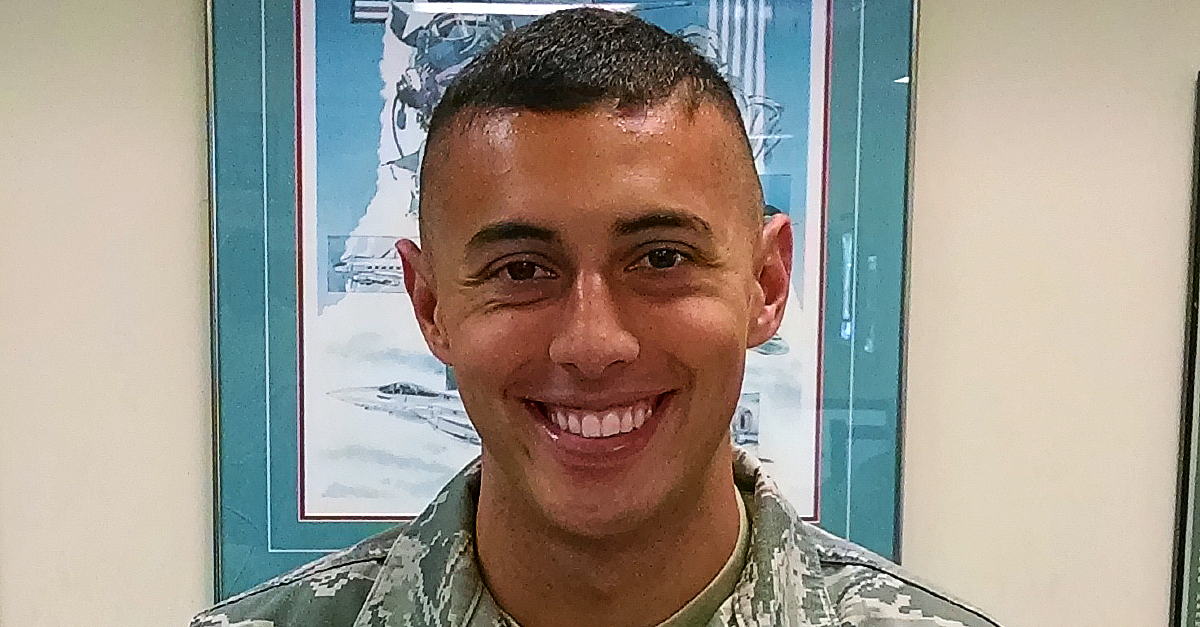 Stranded At The Airport

He had taken leave abruptly, only to find himself stranded at an airport in Dallas. Desperately trying to find a flight, his heart sank when he discovered that all the planes were fully booked.

Minutes in the airport turned into hours, and the hours became days. On day three, something changed. He had no idea that he was on someone’s radar, or that this person was about to change his life.

19-year-old Jimmie Gable had two great loves: vehicles and the US Army. That’s why joining the army to become a vehicle mechanic came naturally –  it combined his two passions. Joining the army would also make his late father proud.

While he was completing high school, his family noticed that he had a strange, new determination to get onto the path he was meant to be on. He passed high school and enlisted immediately. Little did he know, the path he’d chosen would leave him stranded in an airport with no hope of seeing his loved ones.

Jimmie had never been afraid of hard work; even before he joined the army. While his dad was still alive, he worked as a grease monkey beside him every day and still managed to excel in  his studies.

Jimmie’s dad was a veteran himself, so he’d always tell Jimmie stories about his life in the army. The father and son bonded deeply while they worked on his vintage Camero. That’s why Jimmie always knew exactly what he wanted to be when he grew up.

Just a few years later, Jimmie was about to fulfill his dream. He filled in all the paperwork and was accepted into the U.S. Army. The process was much quicker than he expected and before he knew it, he entered training to become a vehicle mechanic.

Due to the years spent working under the hoods of cars with his dad, Jimmie had exceptional skills. His trainers were impressed, and it wasn’t long before he completed his training. But there was still a long road filled with hardships ahead.

Life In The Army

Life in the army was everything he had hoped for and more. While some days were trying, Jimmie always woke up with a sense of duty, selflessness, and passion. He had no doubt that this was where he was meant to be.

While serving his country was everything he wanted it to be, there was something gnawing at his heart. He never expected to miss his friends and family so much. He’d only been on two tours, but he wanted to take a few days off to go home and see his loved ones. But he had a sinking feeling that it wasn’t to be.

Jimmie was totally dedicated to his post. But before he had set off on the latest tour that had lasted six months, he had applied for leave and hoped he’d be able to take some time off when the tour was over.

He’d followed the correct procedure and had filled out all the paperwork before his latest deployment. But when he checked the status of his application, he found that his superiors had signed him up for another tour. He was devastated.

Jimmie loved everything about the army and all that came with it. He was serving his country, living out his purpose, and he knew that his dad was watching him from wherever he was and was proud of him. But, it wasn’t long before that gnawing feeling he’d pushed to the back of his mind intensified.

He missed his family terribly, and there were times when he had never felt so alone. His mental health was taking a toll. He knew he had to see his loved ones – even if it was just for a day. Then, the day before he was to be deployed again, he received the letter that changed everything.

Jimmie was stationed in Ft. Hood when he got the letter that brought tears to his eyes. He hadn’t seen his family since the previous Halloween and his homesickness was becoming unbearable. The letter cleared his leave and confirmed that he could go home over the Memorial Day weekend.

Jimmie didn’t waste a second. He packed his bags as fast as he could and grabbed the opportunity to go home with both hands. But, even though he had seen terrible things in the army, he could never have anticipated the hardships that were about to follow.

Because Jimmie’s leave was so abrupt, he hadn’t had time to organize himself. and ended up stranded at a Dallas airport. He frantically searched for a flight that would allow him to fly standby, only to find that every plane was fully booked with people going home for Memorial Day weekend.

When the minutes turned to hours and the hours became days, Jimmie’s frayed heart broke. He had already been there for three whole days and was almost resigned to the fact that he was going to spend his leave stuck in the airport’s reception area. Little did he know, someone had noticed him and was about to change his life.

Every second, minute, and hour Jimmie spent stranded in the airport was agony – he couldn’t bear the thought that he could have been spending this time with his family.

Even worse, he was due to be back in Ft. Hood by the Wednesday of the following week. At the rate things were going, had a terrible feeling that it would be a long time before he saw his loved ones again. As he sat with tears in his eyes, trying to figure out how to get home before his leave was over, a middle-aged man in an expensive business suit approached him.

The man asked Jimmie why he was sitting against the wall with his head in his palms. Jimmie explained everything, telling him each flight he’d tried to get on was booked.

The man could see how distraught Jimmie was. After learning that the teen soldier was supposed to be back in Ft. Hood a few days after Memorial Day weekend, he decided to step in.

The man helped Jimmie to his feet, slinging the soldier’s bag across his impeccable suit. With Jimmie in tow, he walked to his flight, asking the desk if Jimmie could take his seat instead of him.

But of course, the attendants refused the request, stating it was against company policy. The man thanked the attendants and backed away, smiling as he asked Jimmie not to lose hope. “Let me call someone,” he said.

He Makes A Phone Call

The man walked away for a few minutes to talk over the phone. Jimmie could see him tense as he explained himself. But then his body became less rigid, and his warm smile took his face again.

He walked back to Jimmie while pocketing his phone. “The wife says hi,” he grinned. “I explained our little situation. I want to buy you a seat, but I had to talk to her first.” His smile never wavered as he continued talking. What he said to Jimmie would leave both men in tears.

“My dad was an army veteran,” the man said with a wistful look. He told Jimmie how his father died in action while saving his regiment from an ambush.

Jimmie also opened up about his dad, explaining how everything he was doing now was in his memory. The men shed tears as they exchanged their dads’ legendary stories. But although they enjoyed each other’s company, they’d have to say goodbye.

The man said farewell and boarded his flight. Jimmie would soon follow on a different plane. He’d see his family over the weekend as planned and return to base as instructed by his leave letter. As he sat with his family, telling them about his adventures on the field and at Ft. Hood, he could only thank the good Samaritan who’d gone out of his way to get him home.