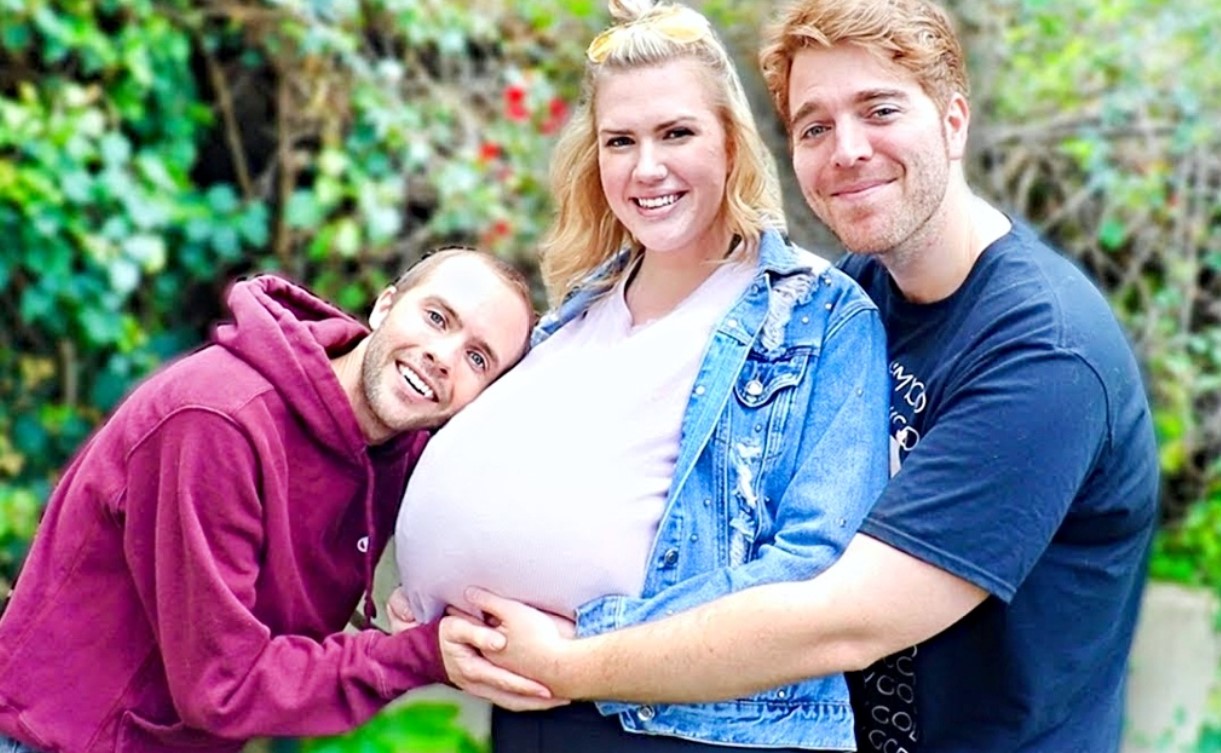 It’s something you take for granted when you are younger, something that perhaps can wait until you have gotten married, brought a house, paid off your car, and secured your income — be your own business you want to grow or promotion you’ve worked hard long hours for.

There’s always something holding you back from taking the plunge into motherhood. And then one day you wake up and it’s too late. 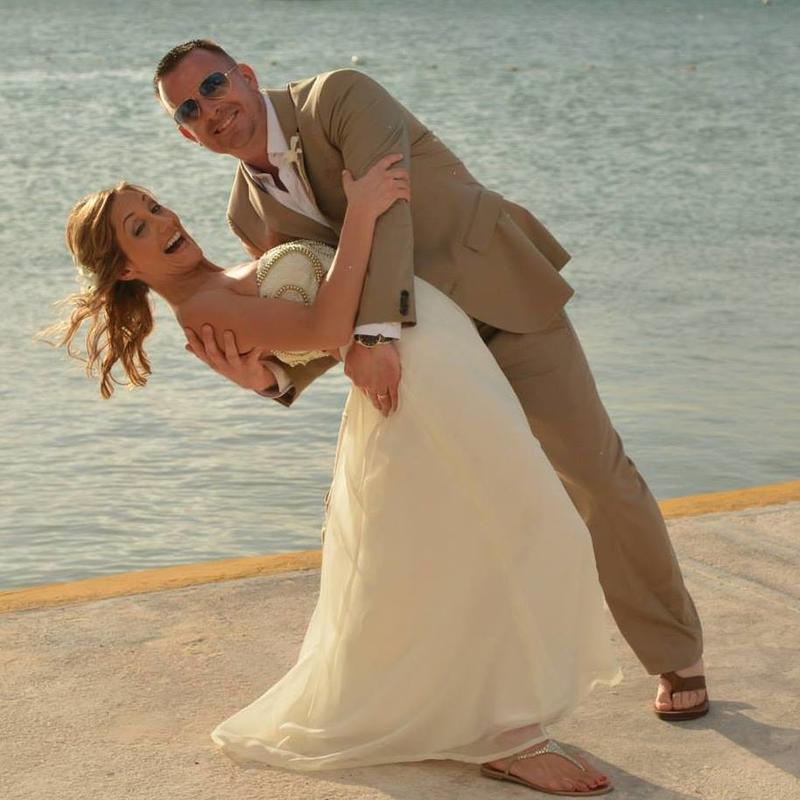 Kevin and Nicole Barattini lived a charmed life. They found each other and it was love at first sight. It wasn’t long before they had moved in together.

They bought a lovely home and got two Labrador retrievers, one black and one gold. They were a little family and playing house was wonderful until one fateful day.

Married in 2010, the beautiful couple had put down roots in the city of Smithton, New York. Everything was on track to being a happy family, the next logical step was of course to grow their family.

The dogs were their fur-babies but what Nicole really wanted was children of her own with the love of her life. She would receive news that shattered all her dreams in an instant and nothing would ever be the same.

A Long Time Ago 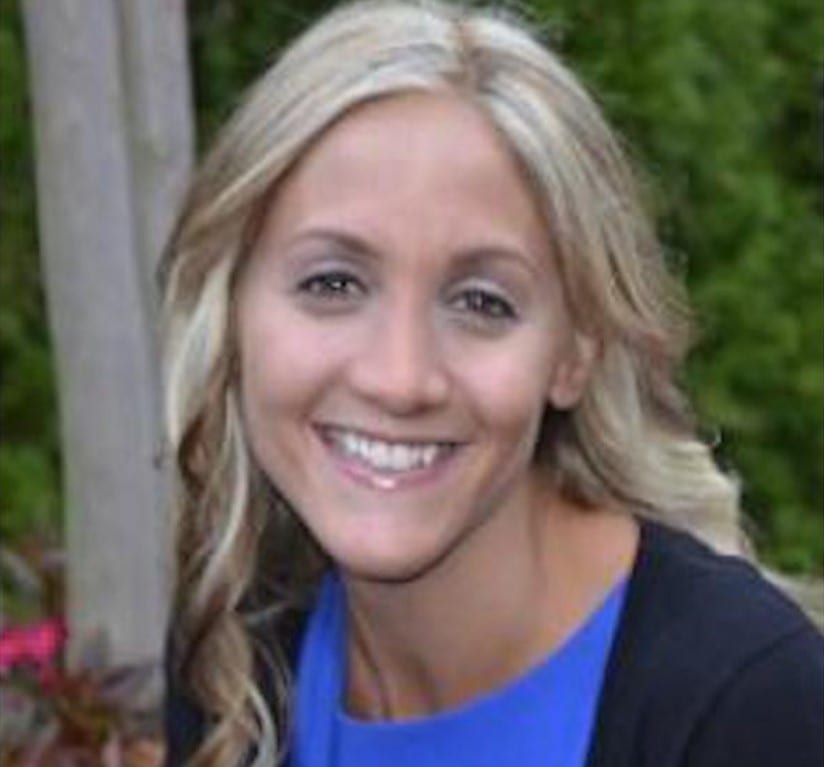 Back when Nicole was a teenager of only 16 she started noticing dots and bruises all over her arms. These weren’t the usual skin conditions that usually plague adolescent girls, nor were they from any sport she was doing at school.

Her symptoms got worse. She was always tired, so tired she could barely haul herself out of bed. But when her skin and eyes developed a yellow hue her mother knew it was time to get her to the hospital. No one knew what they would find. 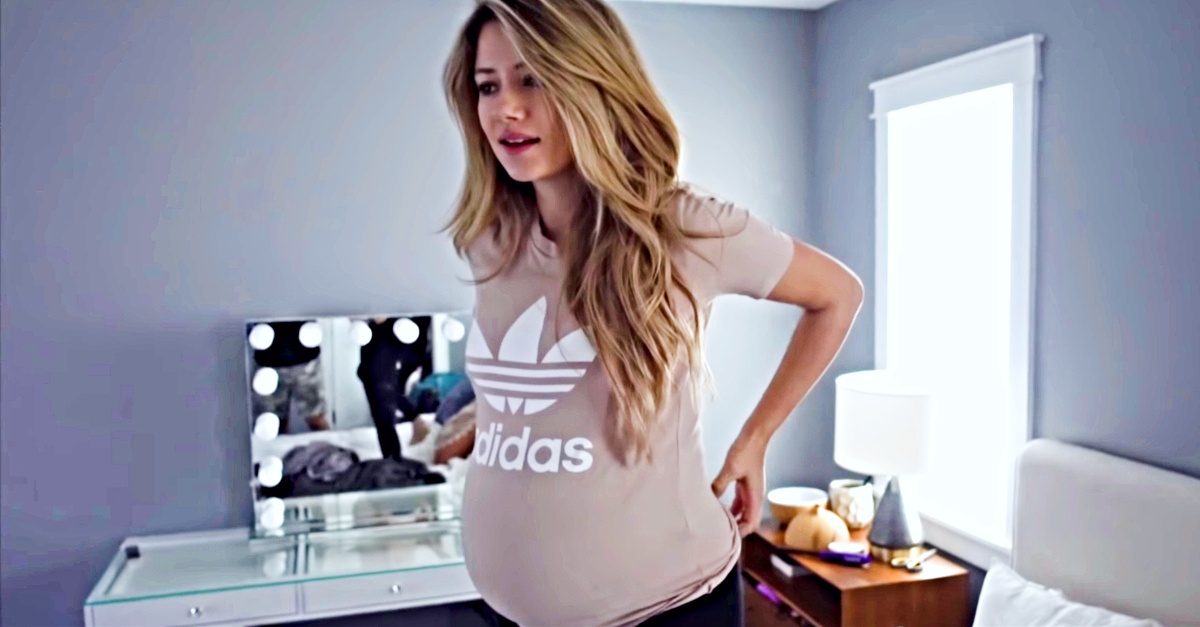 The doctors knew that she was jaundiced just by the color of her face and eyes,  the fatigue was a common symptom that went along with it. Her liver was suffering but they just couldn’t figure out the cause.

It was the spots and bruises that would eventually lead them to the life-changing truth. They drew vials and vials from her to make the diagnosis. What they found would not be good.

Hanging In The Balance 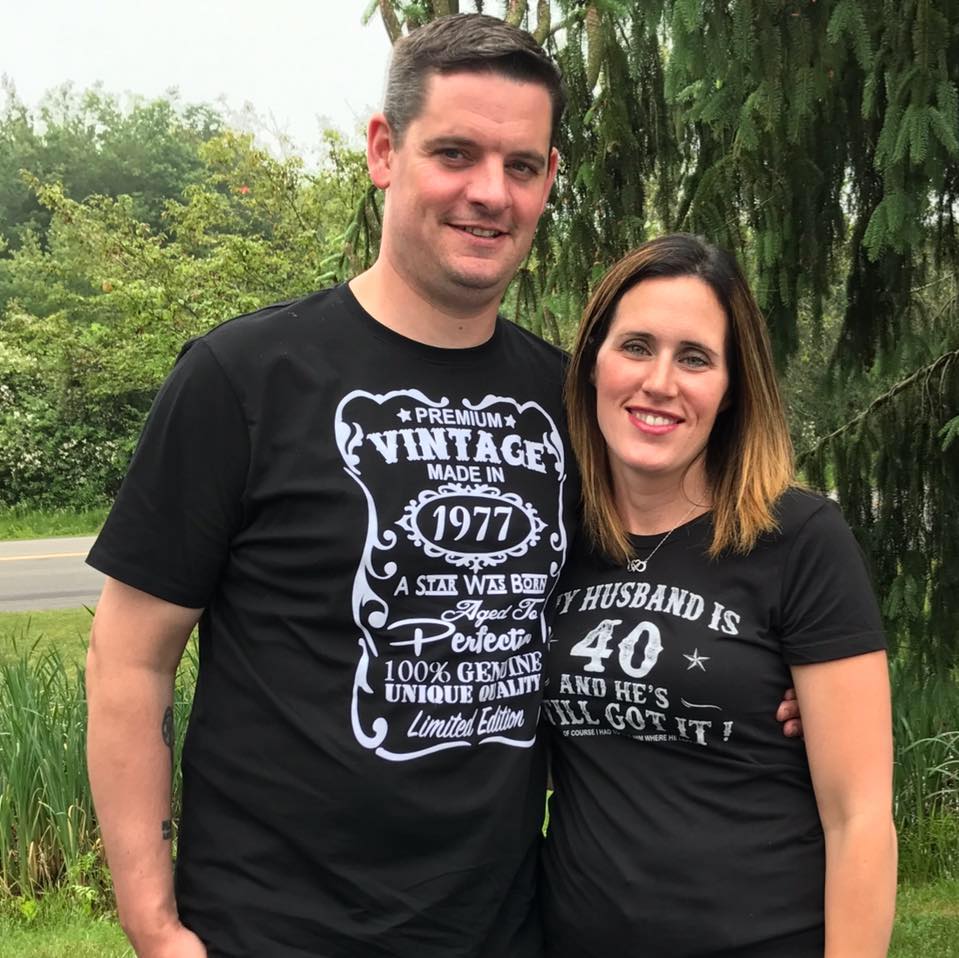 Nicole was diagnosed with thrombotic thrombocytopenia purpura (TTP). It was a blood disorder that resulted in clots forming in all her small vessels throughout her body.

It accounted for all here symptoms; large bruises, fever, weakness, shortness of breath, confusion, and headaches. What exactly was happening inside her body? She had a low platelet count and her red cells were breaking down fast. Her life was hanging in the balance. 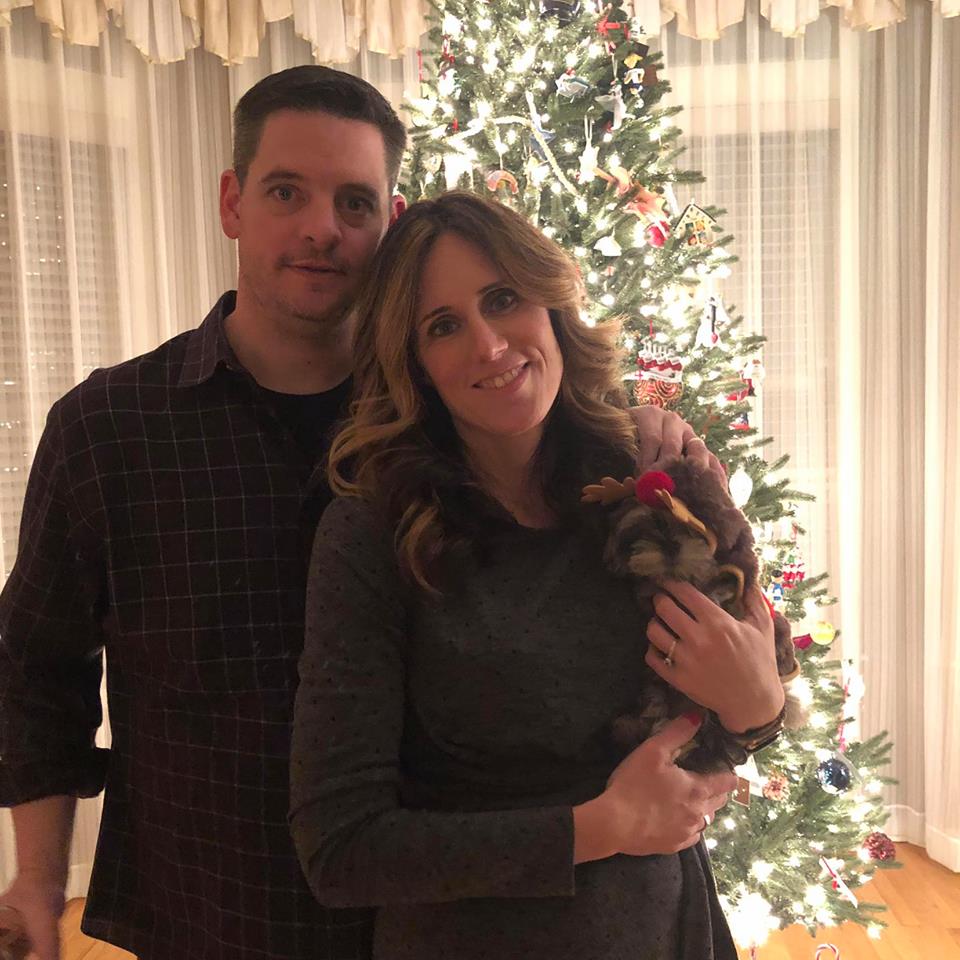 Nicole, hospitalized, had to spend a week in ICU receiving plasma transfusions and finally when she had stabilized the doctors prescribed her a medication that she would have to stay on for the rest of her life.

It would keep the disease under control but it had much farther reaching implications, she just didn’t know it yet. 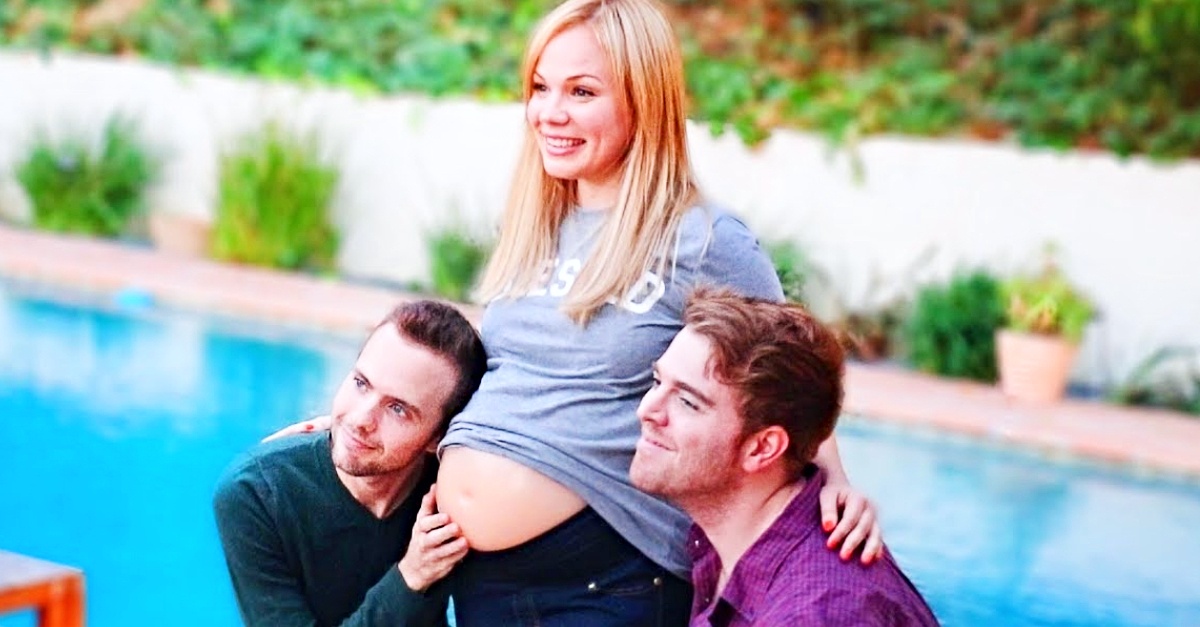 Fast forward to the happily married Nicole. Overcoming everything life has thrown at her and ready to start the next chapter of her life. The thing that she had always dreamed of becoming… A mother.

She was a long away from the scared 16-year-old girl with an undiagnosed illness and her medication made her life as normal as yours or mine. However, when he decided to go to her doctor to get cleared for the biggest life-changing event a woman’s body can go through, she got her terrible news. 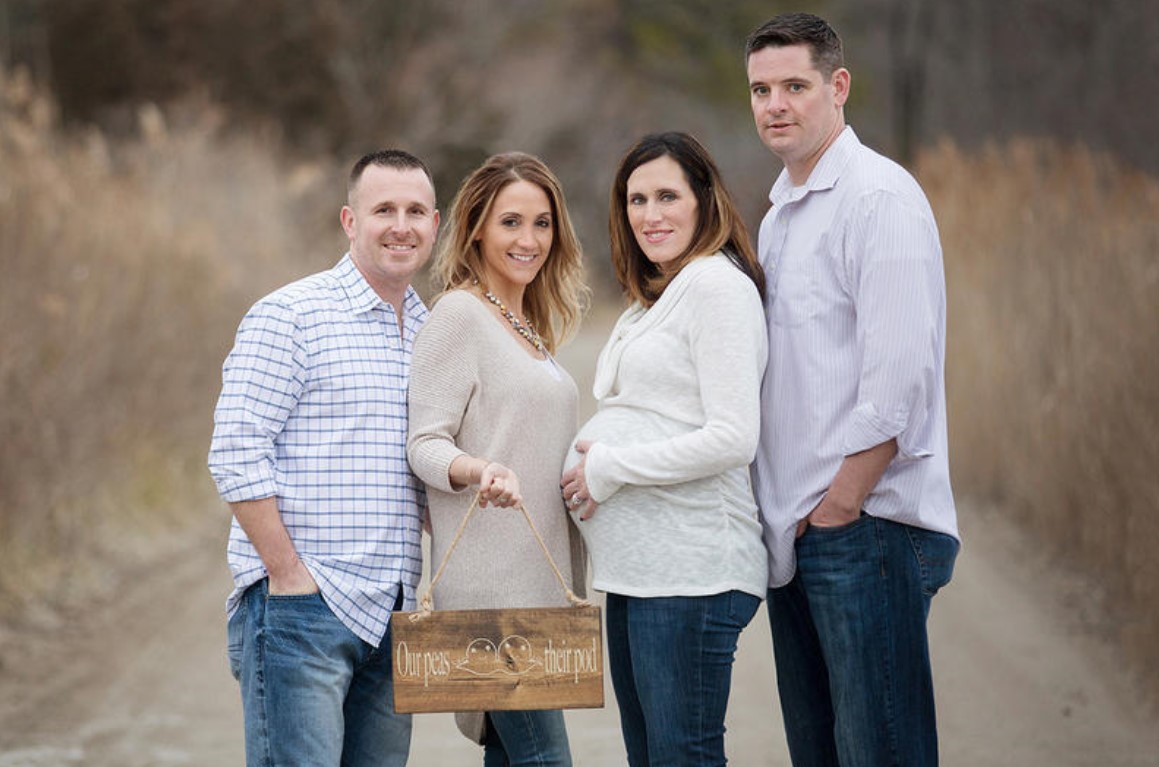 Doctors informed Nicole that it simply wasn’t possible to carry a baby with the medication she was taking for her illness. Her first thought? Let’s stop the meds while she was pregnant but the doctor had more bad news for her. Not only was the medication unsuitable for conceiving life, but it was also the only thing keeping her alive.

There was zero chance of her topping treatment, even for the short 9 months. TTP had a 95% mortality rate and that just wasn’t a gamble she could take. Despondent and depressed, Nicole broke the news that they could never have a family to Kevin. 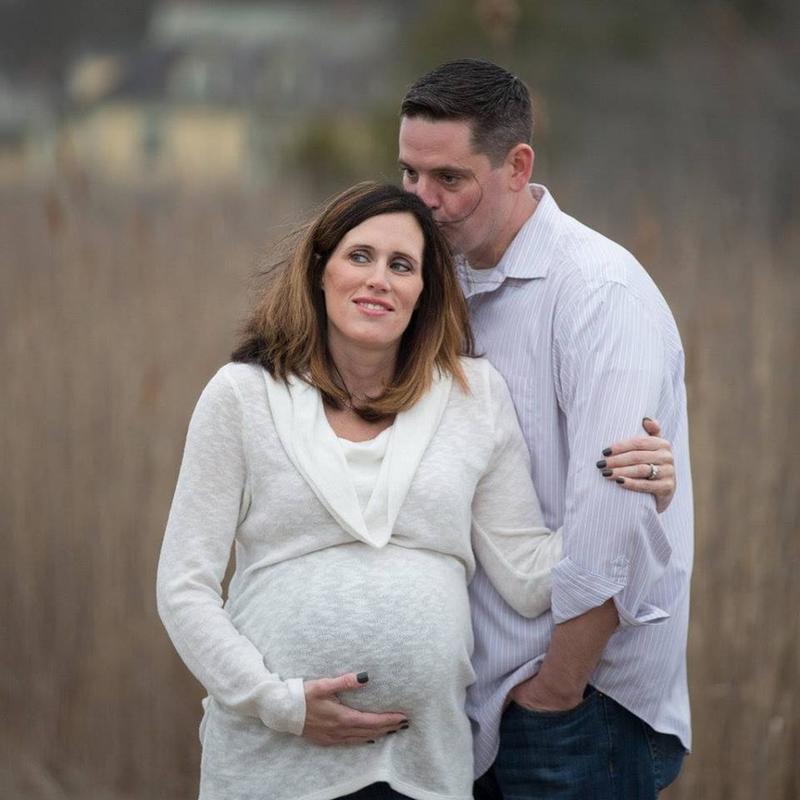 Having a baby wasn’t worth putting her life at risk so the couple started brainstorming. There had to be some way, any way to make their dream of a family a reality.

They considered adoption but upon further investigation found that the legal fees and procedure was far out of what they could afford. That’s when they decided on IVF. But was that even an option?

One Piece Of Good News 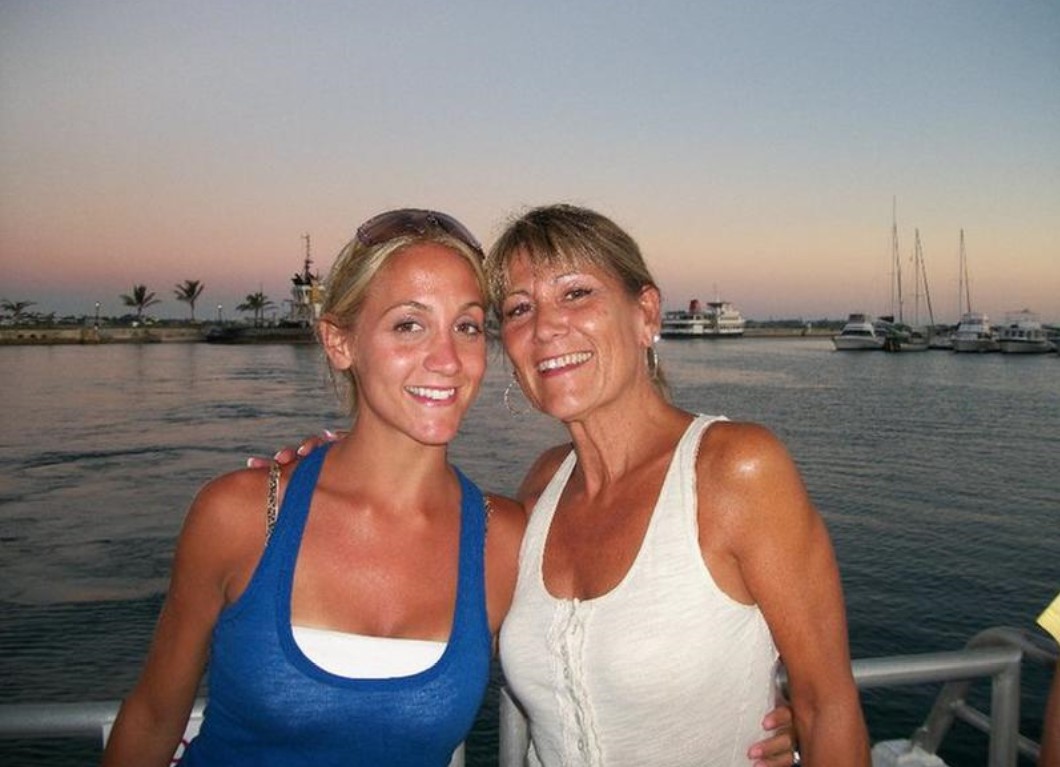 Doctors reassured them her TTP was not genetic, and she had healthy eggs. So she decided to freeze them for surrogacy. Little did they know the cost of hiring a surrogate was upwards of $75,000. Also, it was not legal in the state of New York either. In other states however it was and they actually had a few offers from friends who offered to carry their baby for no compensation…

None of the women passed the fitness level required though. It seemed they were at a dead end. 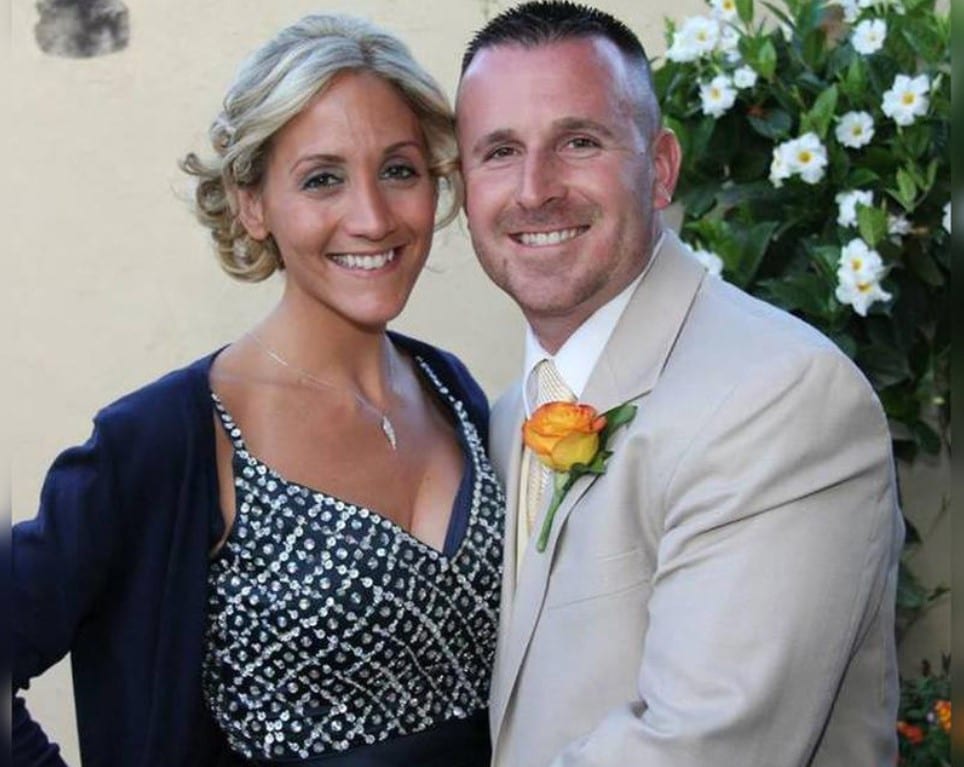 Until the Fives came along. The Barattinis had known Lianna and Shawn Fives for 20 years. The couple had always wanted a big family and had achieved their goal – having had five children by the time Lianna was 37 and Shawn 40.

Six months after the birth of their fifth baby, the Fives invited Kevin and Nicole to dinner, where Lianna made an announcement that changed their lives forever. 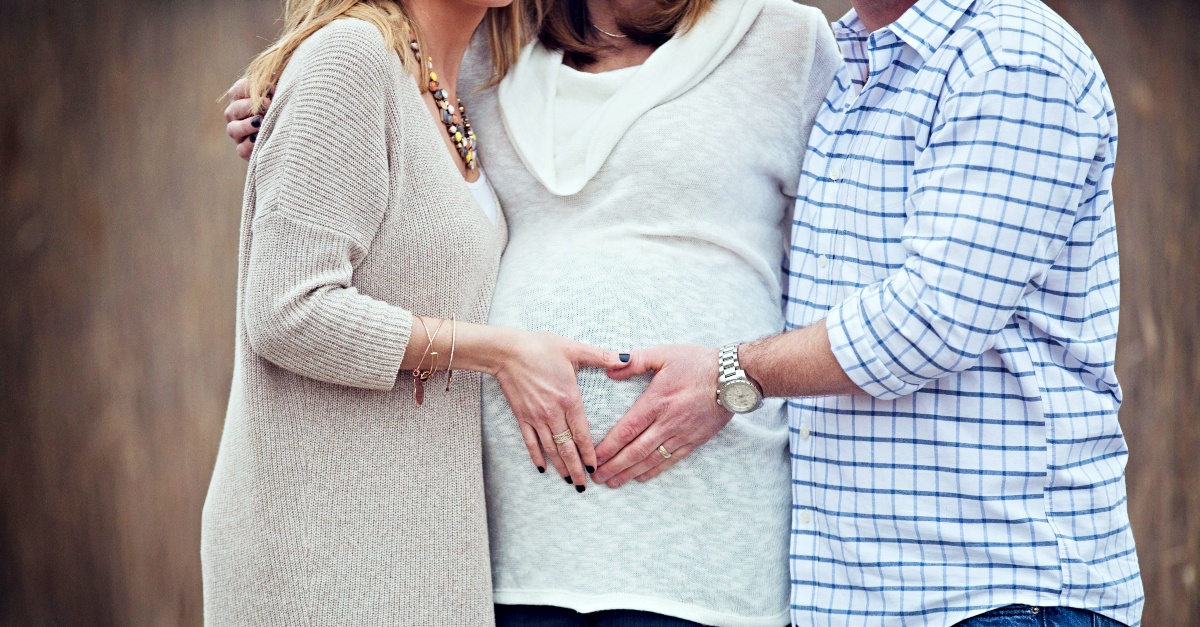 She began, “You know I have five children, Shawn, and I want to have maybe one or two more,” Kevin and Nicole were puzzled. Sure, if Lianna wanted more kids that was up to her, but why was she telling them this? Their mystified looks prompted Lianna to continue. “No, not for me, for you guys – I’d like to carry a child.”

It then hit them: Lianna was offering to be their surrogate. The news was too much to take in and overwhelmed with emotion the couple broke down into tears. 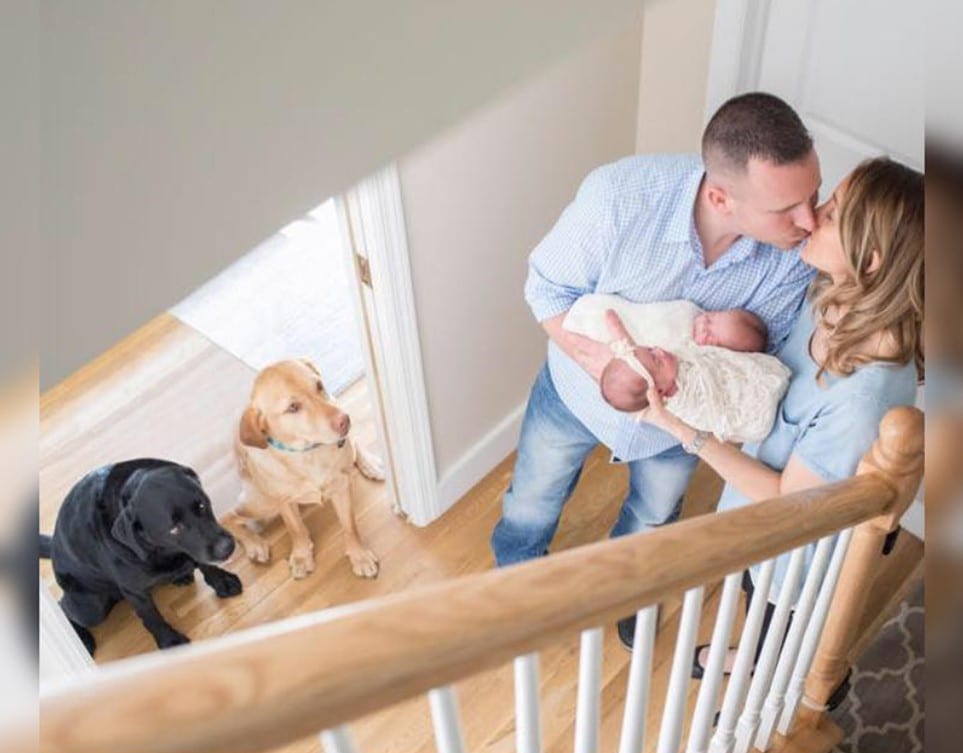 As with the other surrogacy applicants that they had pinned their hopes on before Lianna, she still had to undergo medical and mental tests, but she passed with flying colors.

The day finally came when the Barattinis embryos were implanted in Lianna. So much was riding on this and everyone felt crushed when they didn’t take and the doctors had to break the bad news. They only had one more chance left. 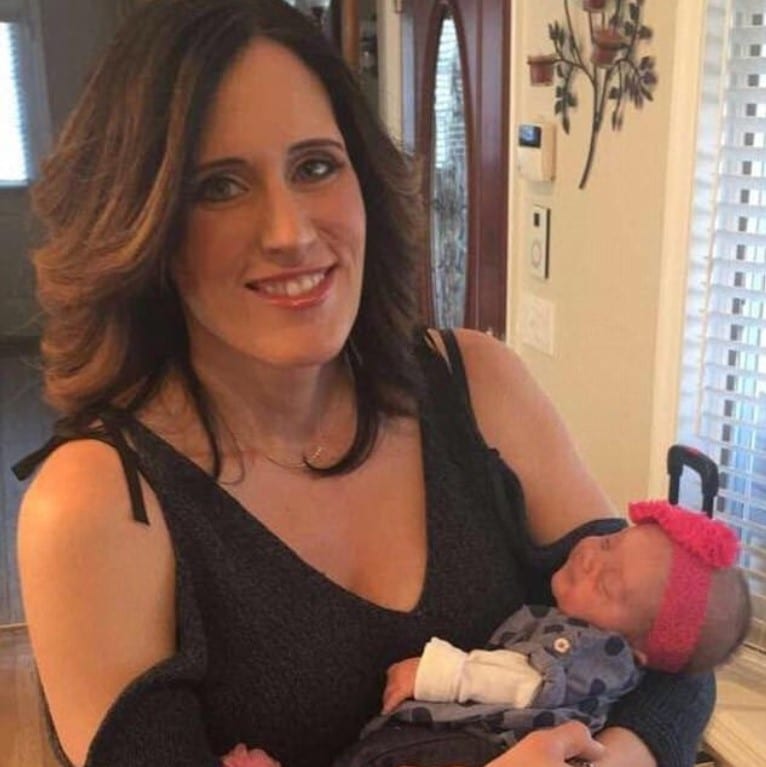 Doctors didn’t have to try hard to encourage them to try again. So as soon as possible Lianna was implanted for a second time. The Barattinis promised to be with Lianna every step of the way.

Now two couple were waiting nervously for weeks. Everyone trying to be patient. Finally, the results came back. 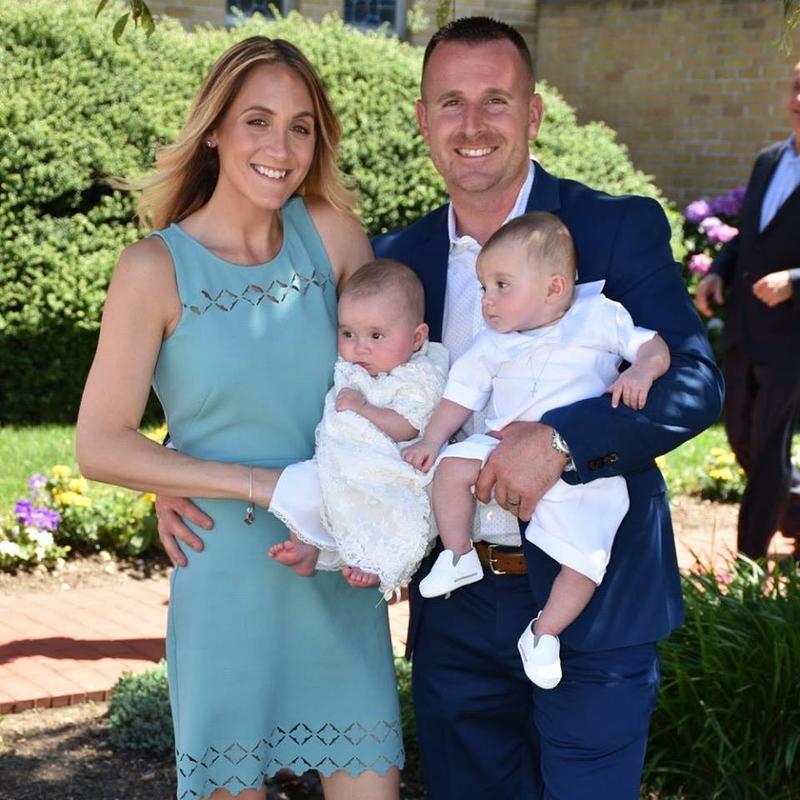 Lianna was pregnant! This was the closest that Kevin and Nicole had ever been to becoming parents, but in these early days, they still held their breath just in case something went wrong.

If their hopes were too high they might be crushed if any bad news came their way… That was not at all the case though. In fact, it was amazing news that followed. 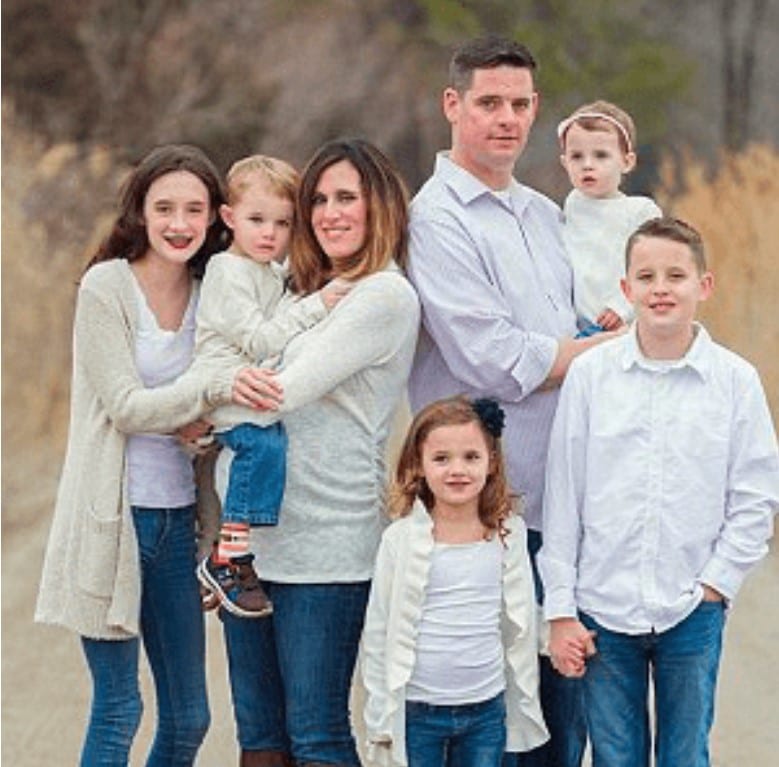 More than one embryo is usually implanted to increase chances of conceiving, and this time around two of the implanted embryos had started to grow which meant that Lianna was now carrying twins.

Nicole would not have to go through all this again if she wanted another child. It seemed she would be jumping straight to two. Both couples decided to celebrate. 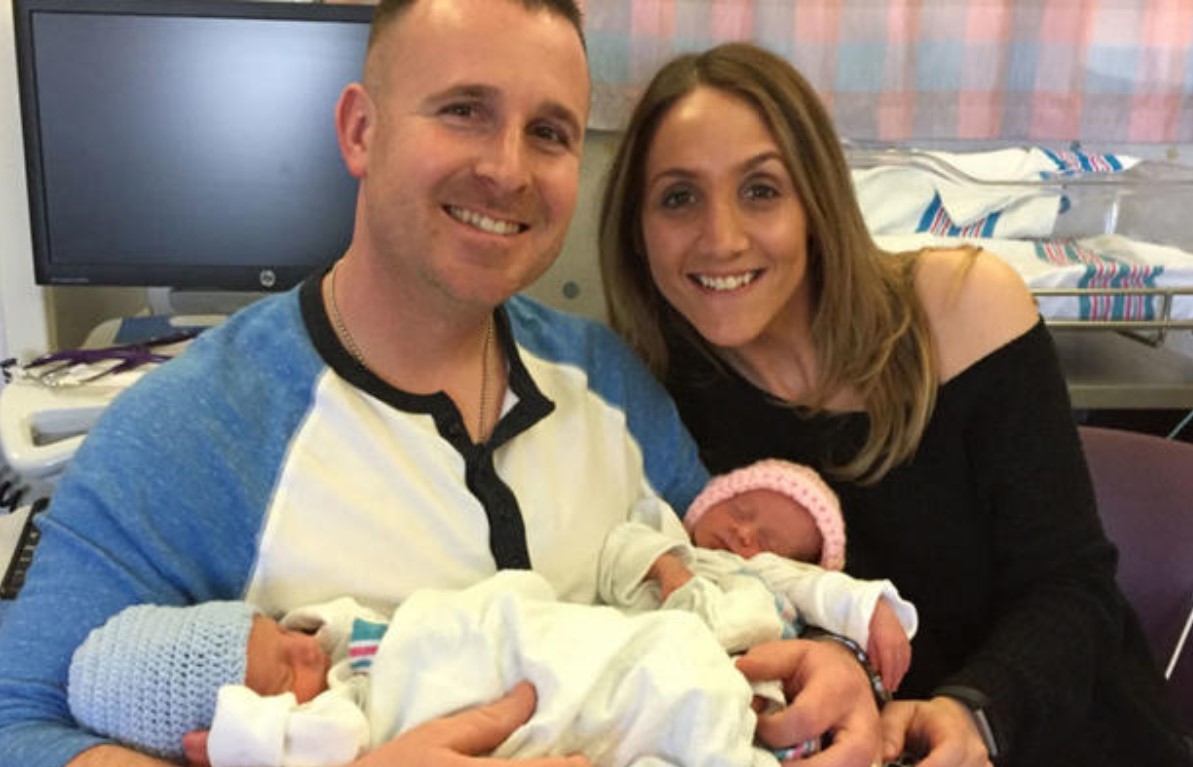 The Fives and the Barattinis planned a party to announce the impending arrival of Kevin and Nicole’s twin babies. They invited friends and family of both couples, ending up with over 60 guests.

Knowing that the Barattinis had been wanting to start a family for many years, everyone was pleasantly surprised. Soon, the big day arrived. 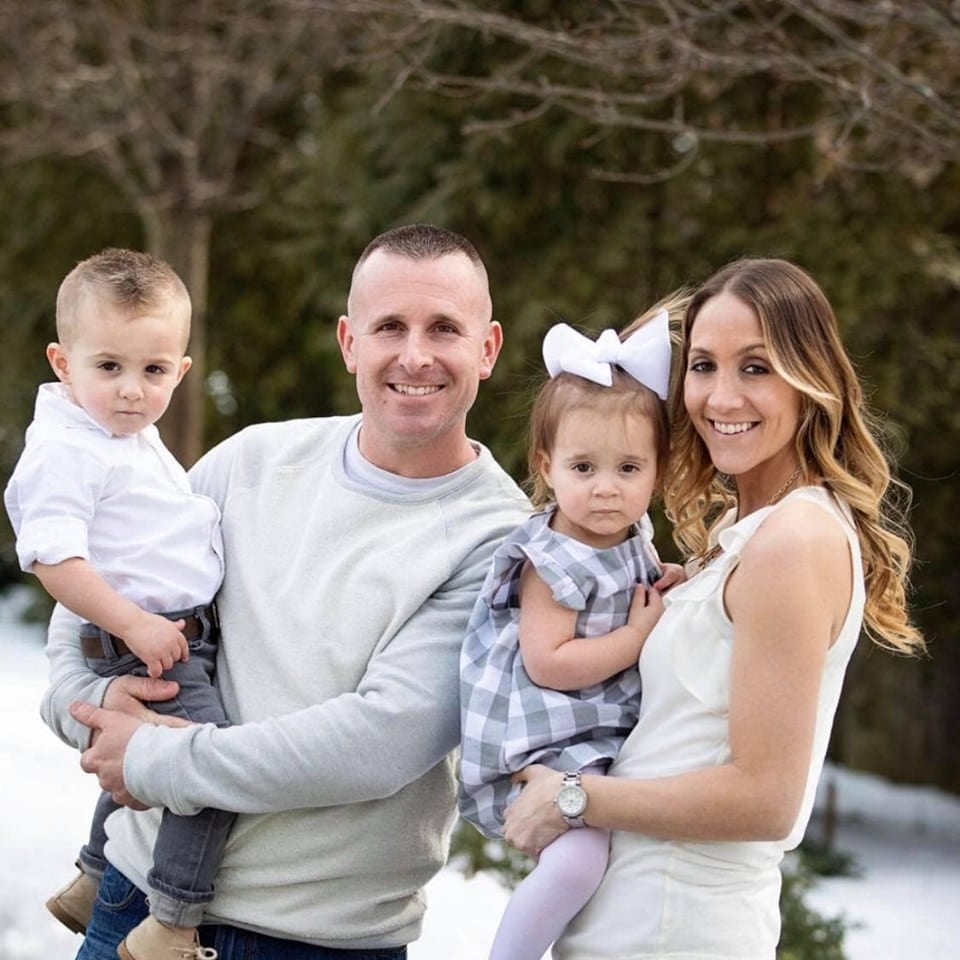 After a healthy pregnancy, Lianna gave birth to Nicole and Kevin’s babies on February 10th, 2017. They had a boy and a girl, and they named them Dominic and Luciana.

The Barattinis burst out crying as soon as they saw their newborn children for the first time. It was all thanks to the selflessness of their best friends. This was an act they were determined to honor. 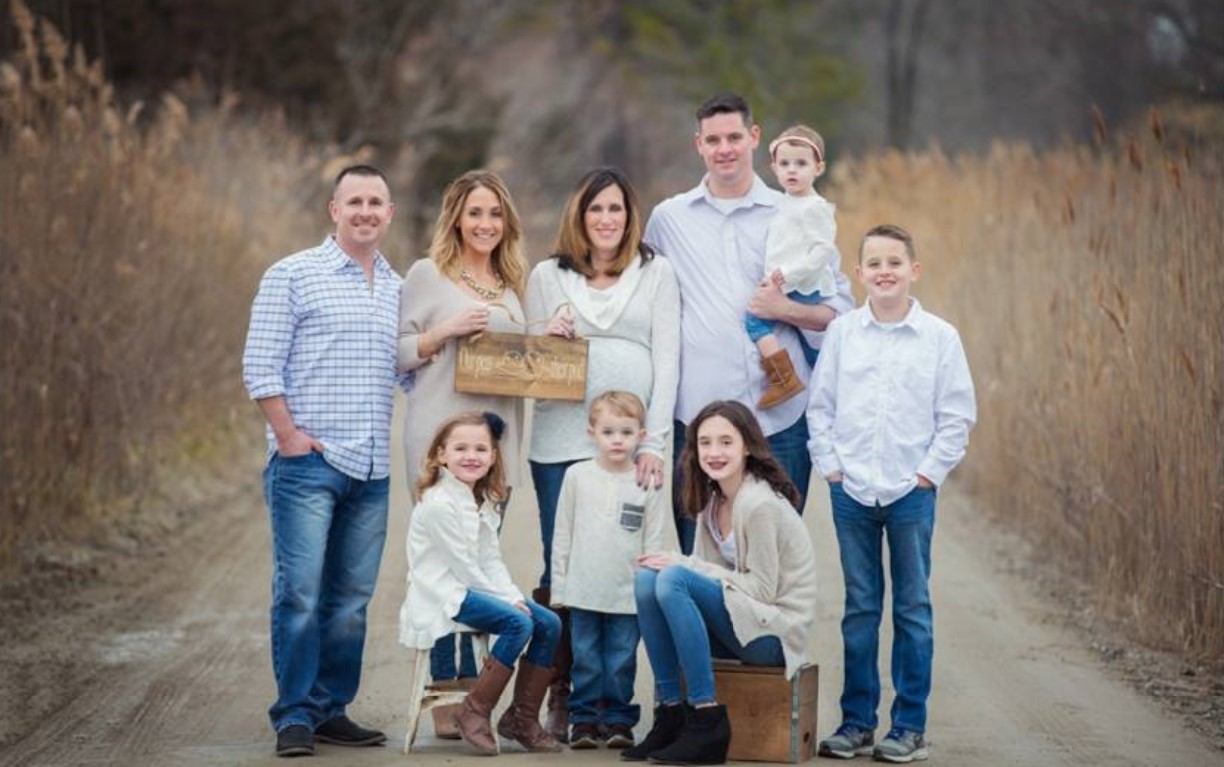 Shawn and Lianna were named Luciana and Dominic’s godparents, making their friendship even stronger. “I don’t have a sister but I’d consider her like that. We don’t hold back, we are open, honest, and I am constantly turning to her for guidance,” said Nicole of Lianna.

Knowing how lucky she had been to have someone willing to do that for her, she knew she had to pay it forward. 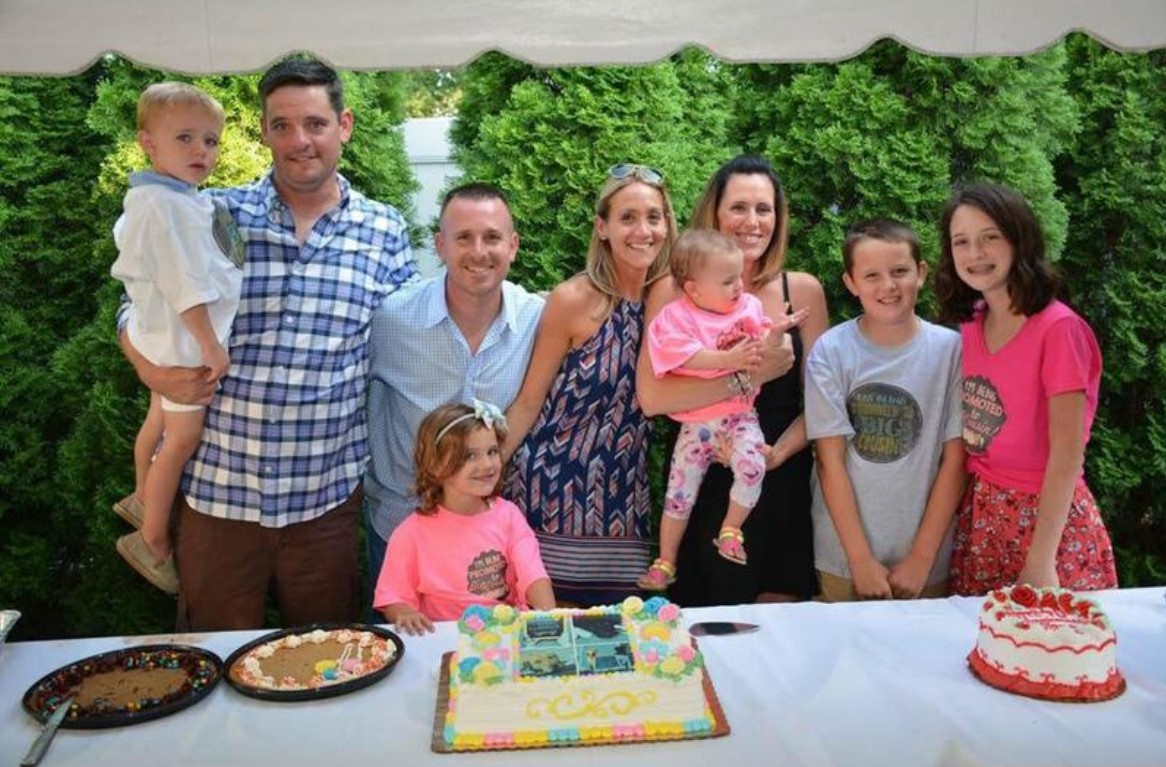